In recent years, the Spanish city of Malaga has become increasingly popular. It has a rich cultural and historical heritage that is in no way inferior to other cities in Spain. If you are looking for best day trips from Malaga, we will suggest you some interesting locations.

The city is located in such a way that it is easy to get to the Andalusian mountain towns and stunning beaches from it. You can get acquainted with Moorish history and visit sparsely populated areas rich in cultural traditions and natural wonders.

The stunning rocky city of Ronda is built around the magnificent El Tajo Gorge. It has many ornate bridges connecting different parts of the rocks. The bridges offer breathtaking views of the gorge.

It is also home to the oldest bullfighting ring in Spain. Numerous churches bring special charm to the town as well. 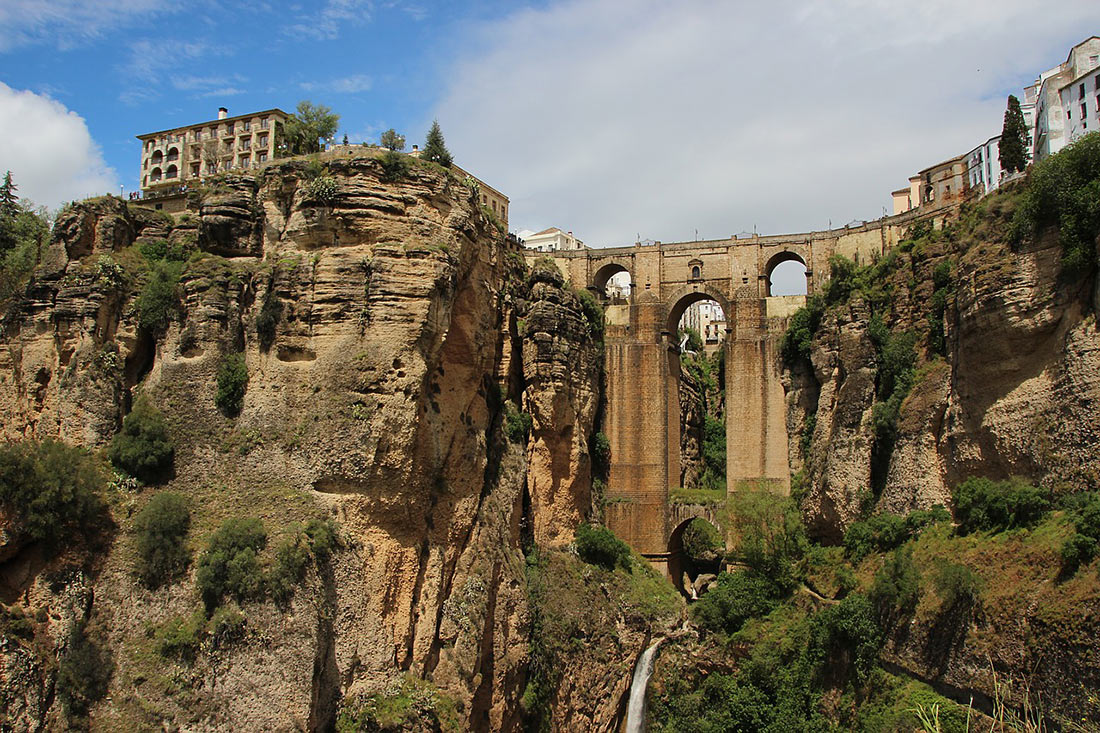 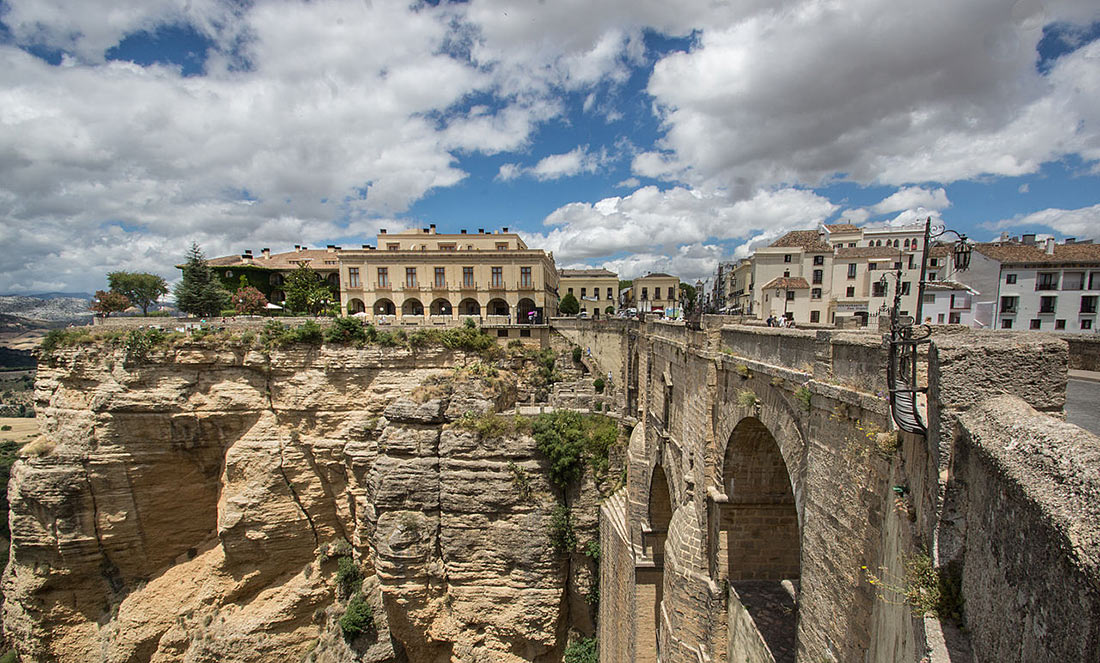 Just a few hours from bustling Malaga lies the seaside resort of Nerja. This is one of the most beautiful and unique beach towns. In addition to sandy beaches, you can visit rocky capes, which offer a magnificent view of the sea. There are also fascinating island caves that you can visit with a guide or on your own. 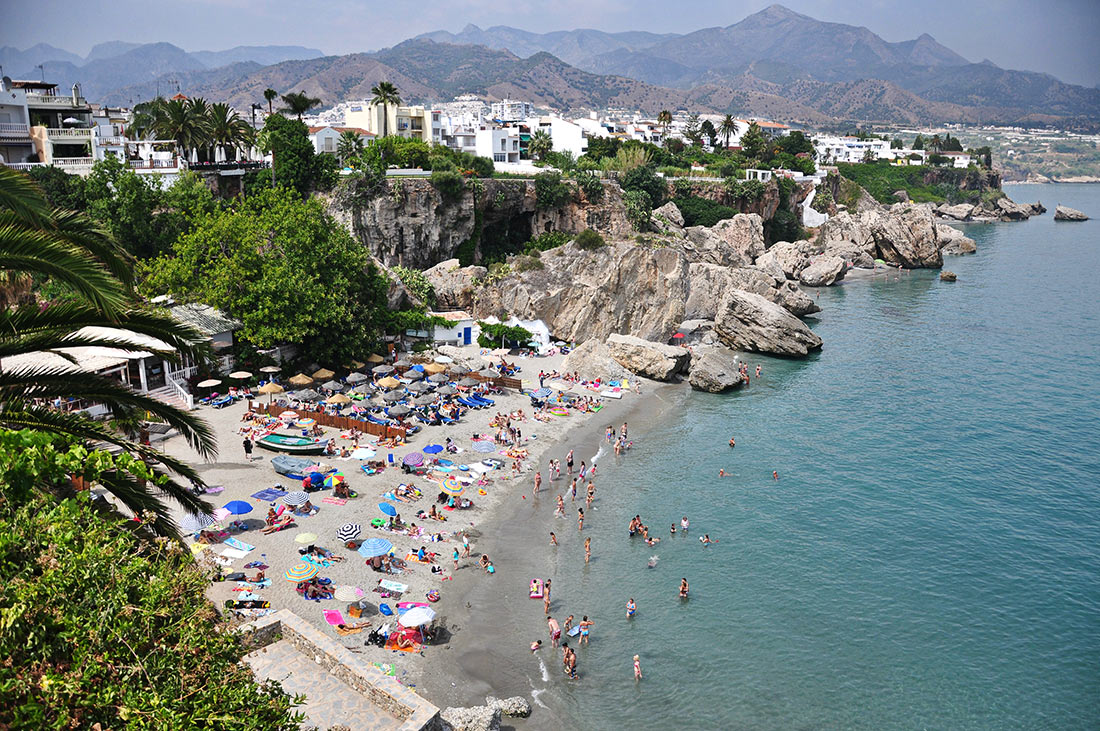 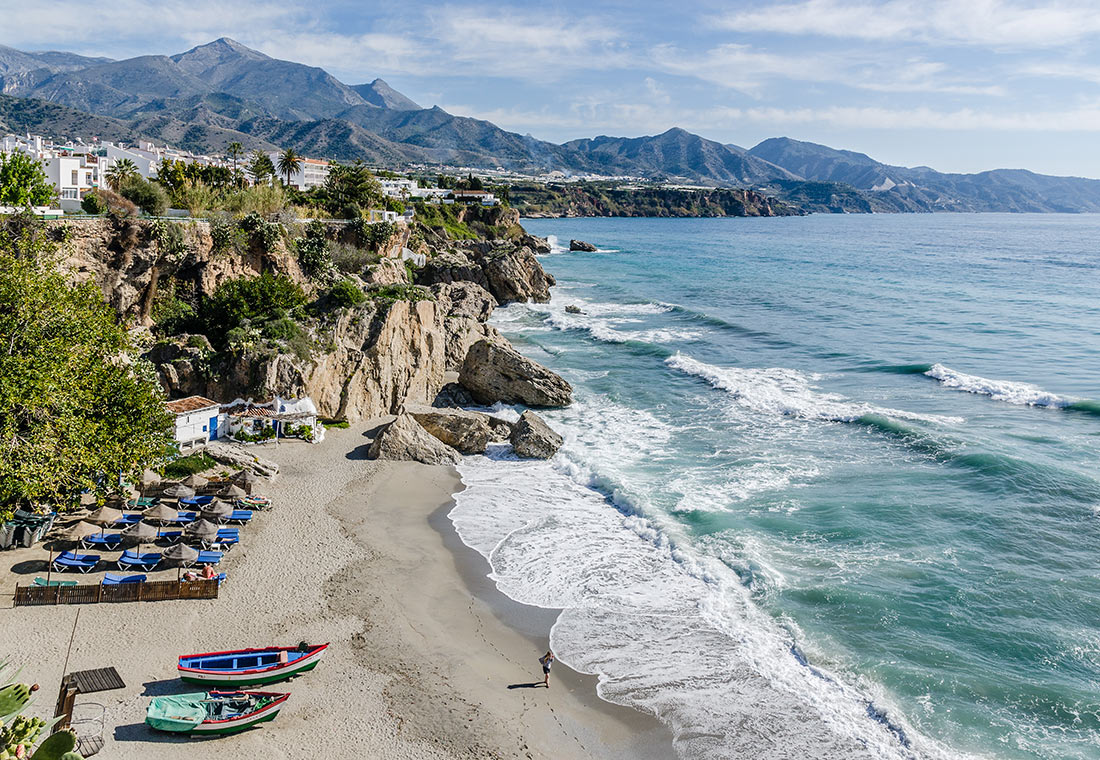 Fishing villages and rocky cliffs line the 60-kilometer stretch of coastline. Local subtropical climate attracts sun lovers. Villages are visited by those who want to get acquainted with the local culture. 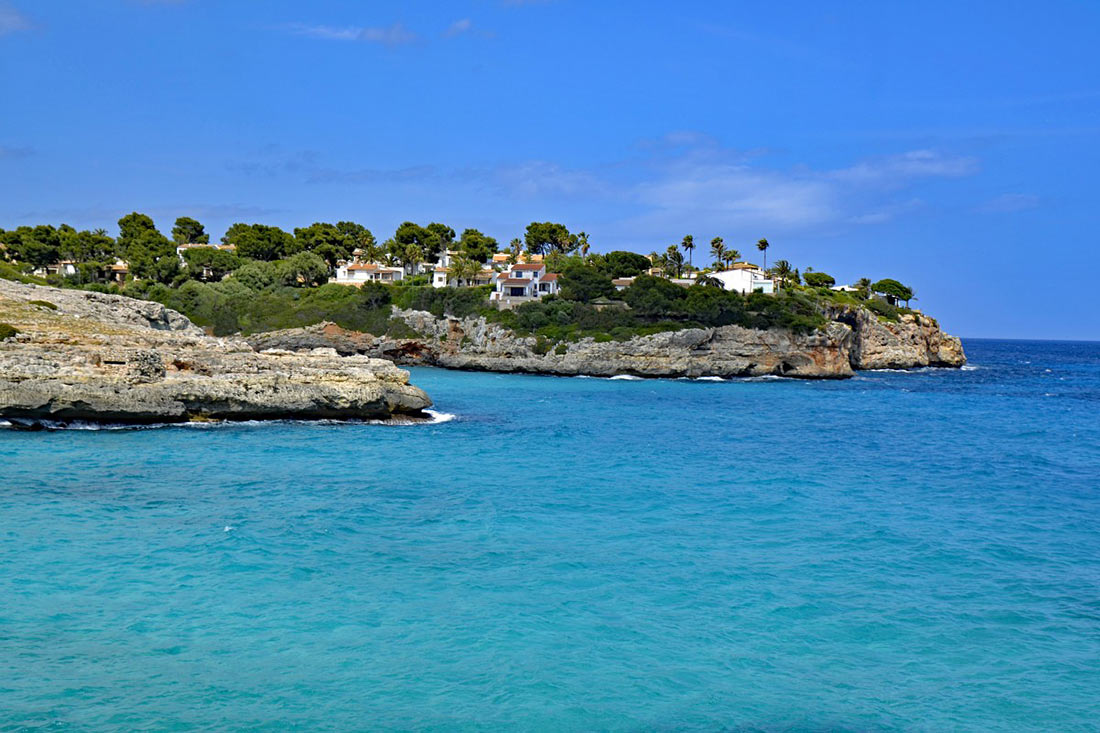 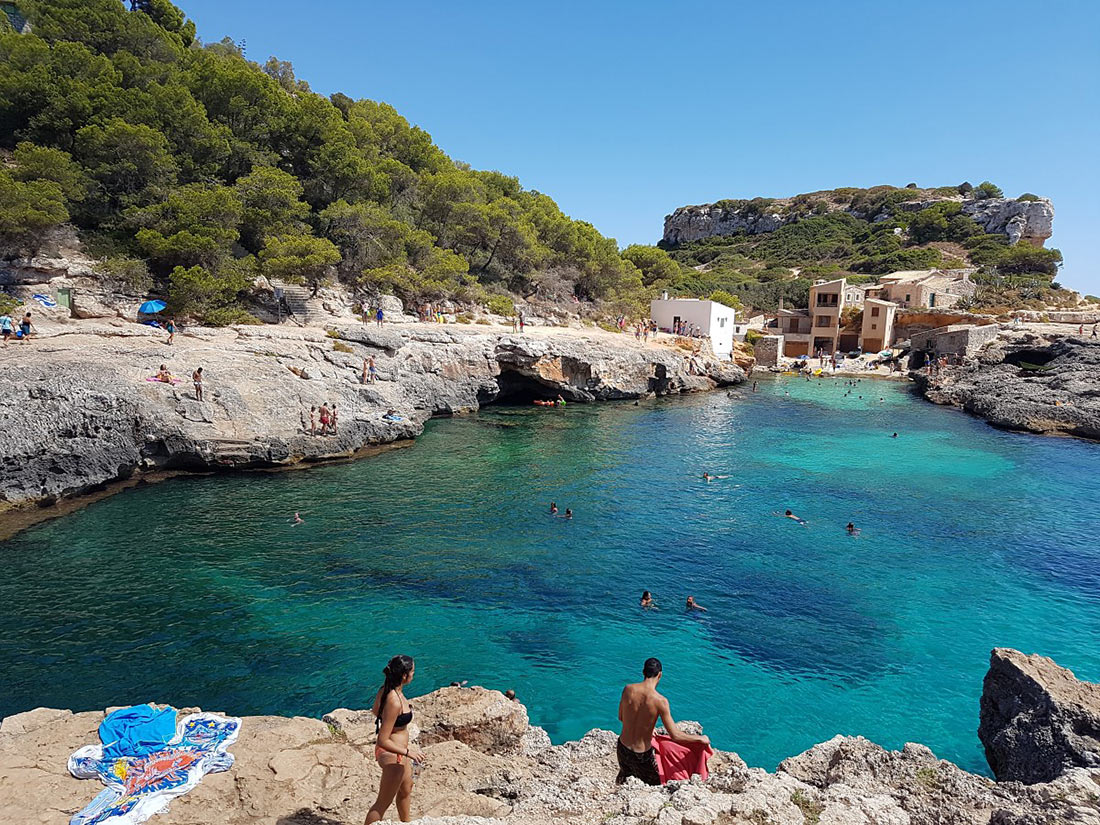 The Spanish town of Frigiliana is just an hour’s drive from Malaga. It attracts with its cobbled streets lined with terracotta roofs on whitewashed houses. Be sure to visit the ancient fortress and explore the historic quarter of Mudéjar. 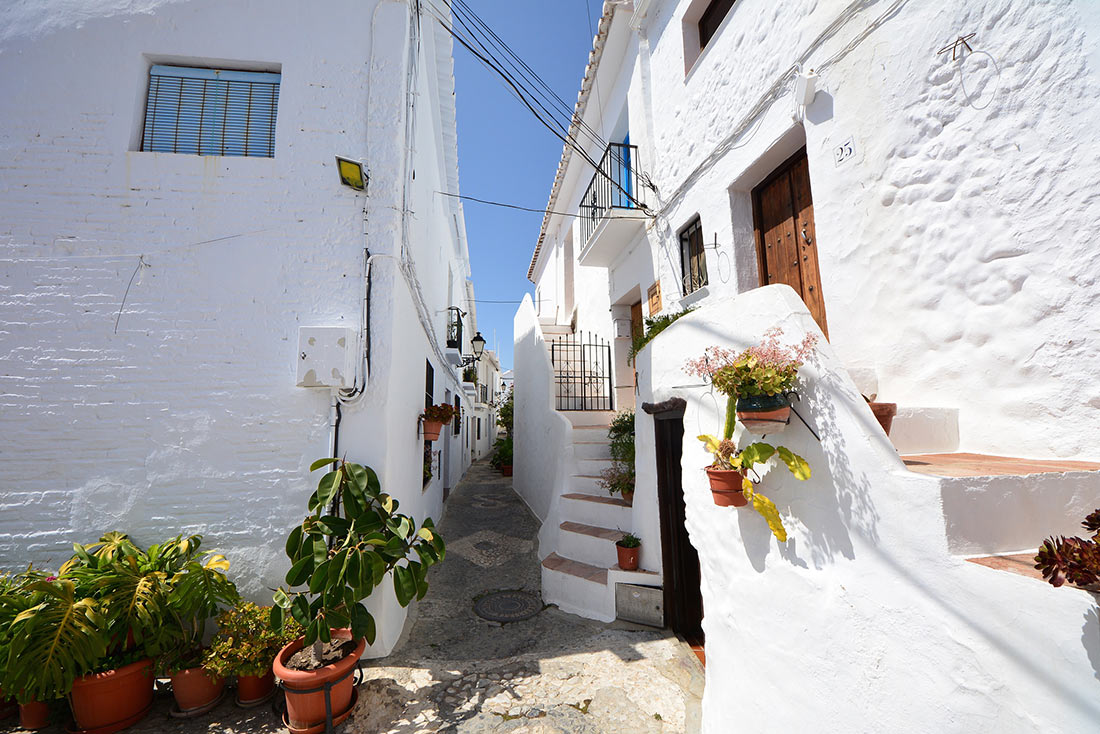 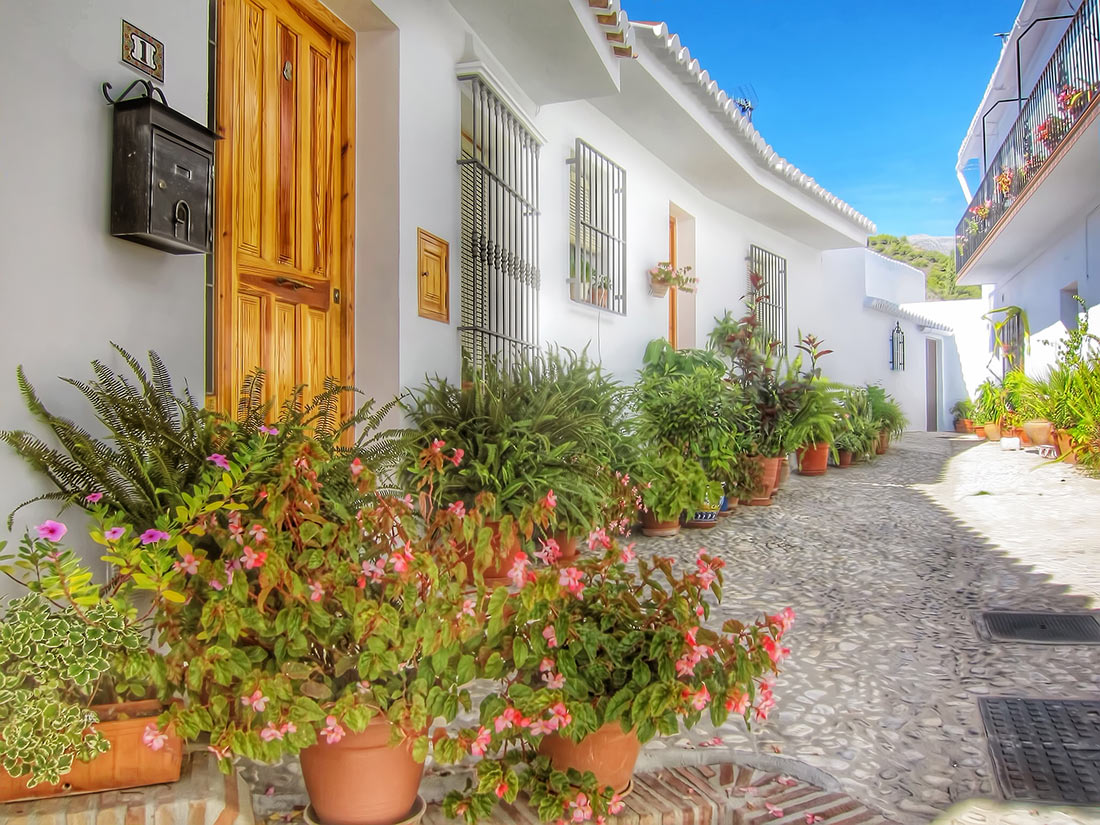 Gibraltar is a British Overseas Territory located in the southern part of the Iberian Peninsula, where Europe meets Africa. Be sure not to miss he impressive caves of Saint Michael. And from the top of the Rock you can even see Africa! 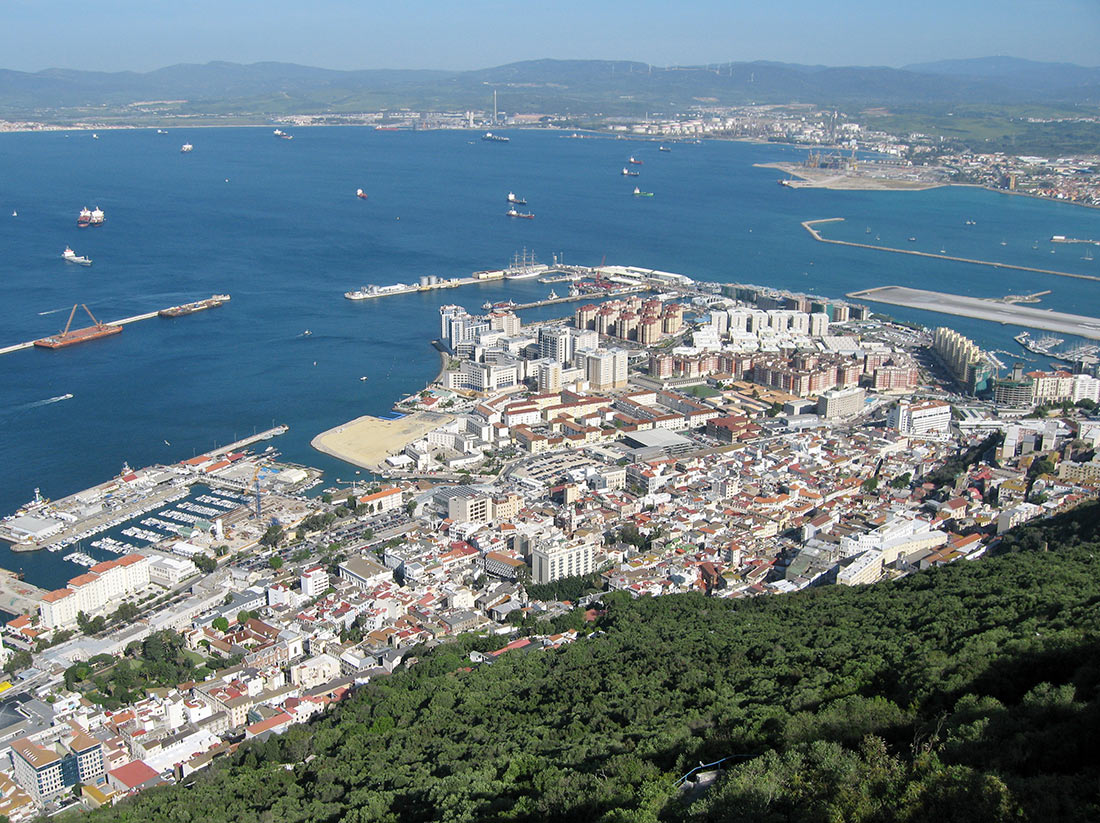 Photo: By Olaf Tausch, from Wikimedia Commons (CC BY 3.0) 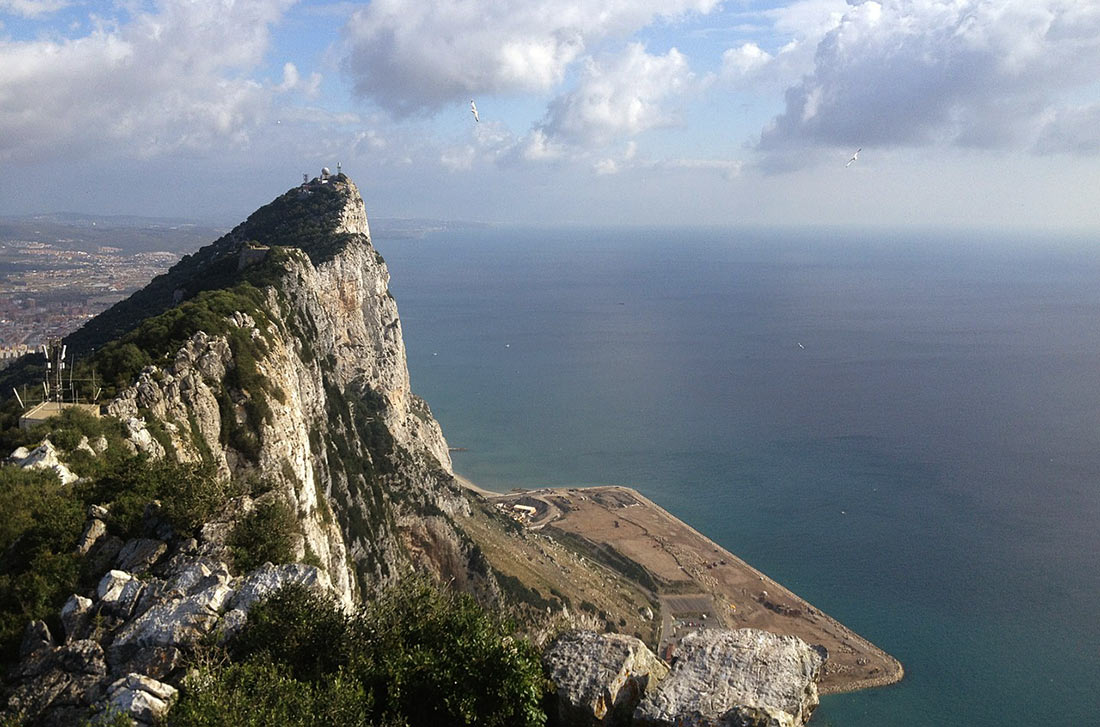 Its historical and religious heritage make Cordoba one of the most beautiful and interesting cities in Spain.

The well-known historical center is the Jewish Quarter, a UNESCO World Heritage Site.

The synagogue of the 14th century, the cathedral and, of course, the huge Cathedral Mosque are very interesting. This monument is an important milestone in Western Islamic culture. The mosque is decorated with monumental halls, magnificent stained-glass windows and intricate mosaics.

The city, located in the center of the plain, is full with stunning Moorish and Spanish architecture. It is home for the most famous attraction of the region – the dolmens of Antequera. This prehistoric site is known as the Sistine Chapel of Ancient times. 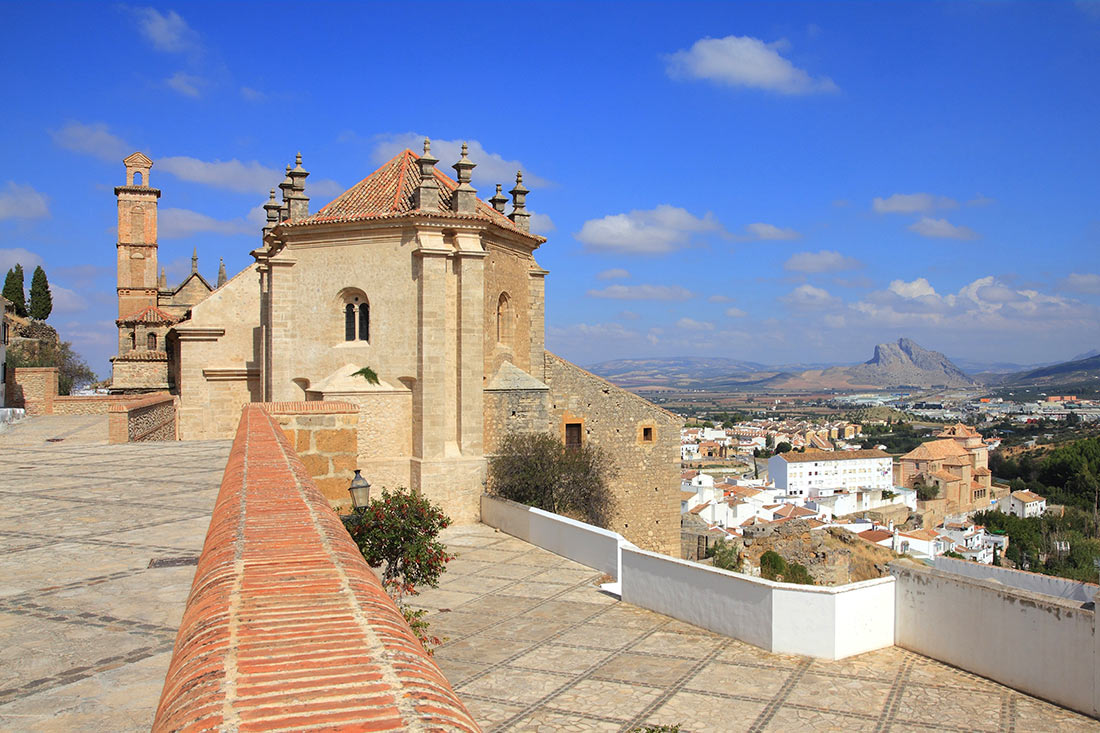 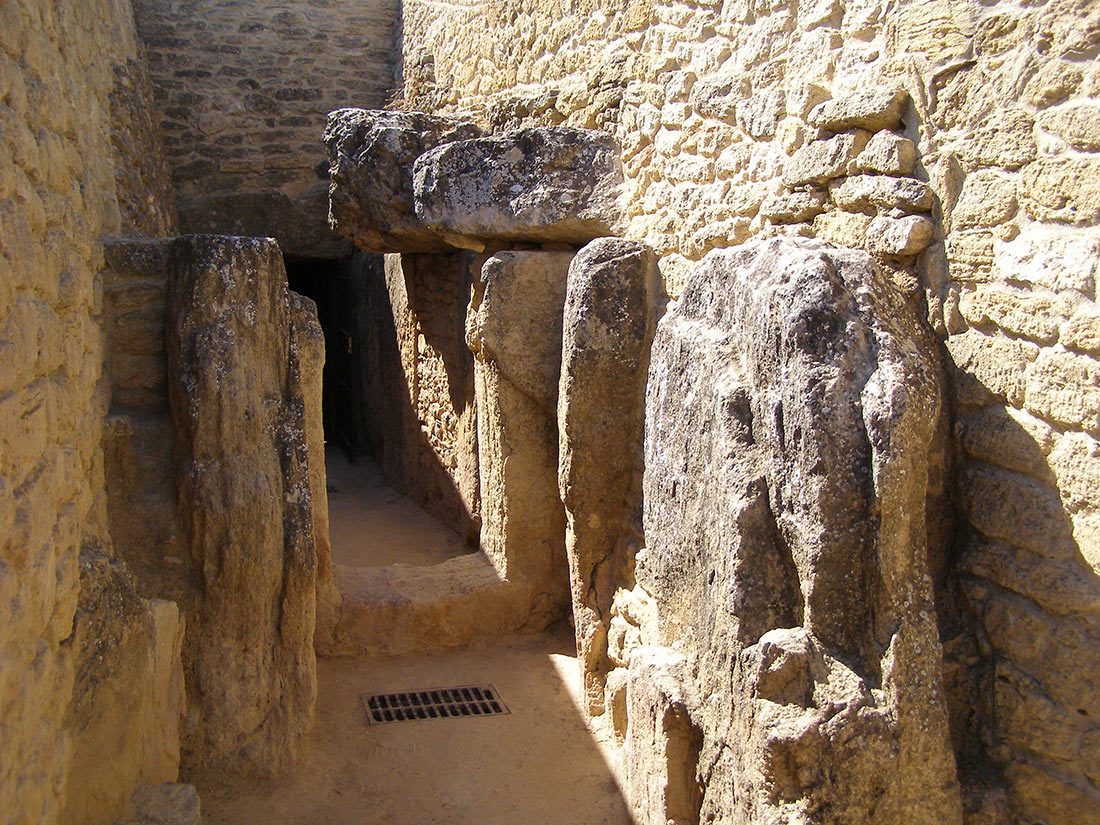 Just three hours from Malaga is the gorgeous coastal town of Cadiz, known for its winding cobbled streets and colorful fishing boats. To enjoy a stunning view of the city, you need to climb to the roof of the Cathedral. 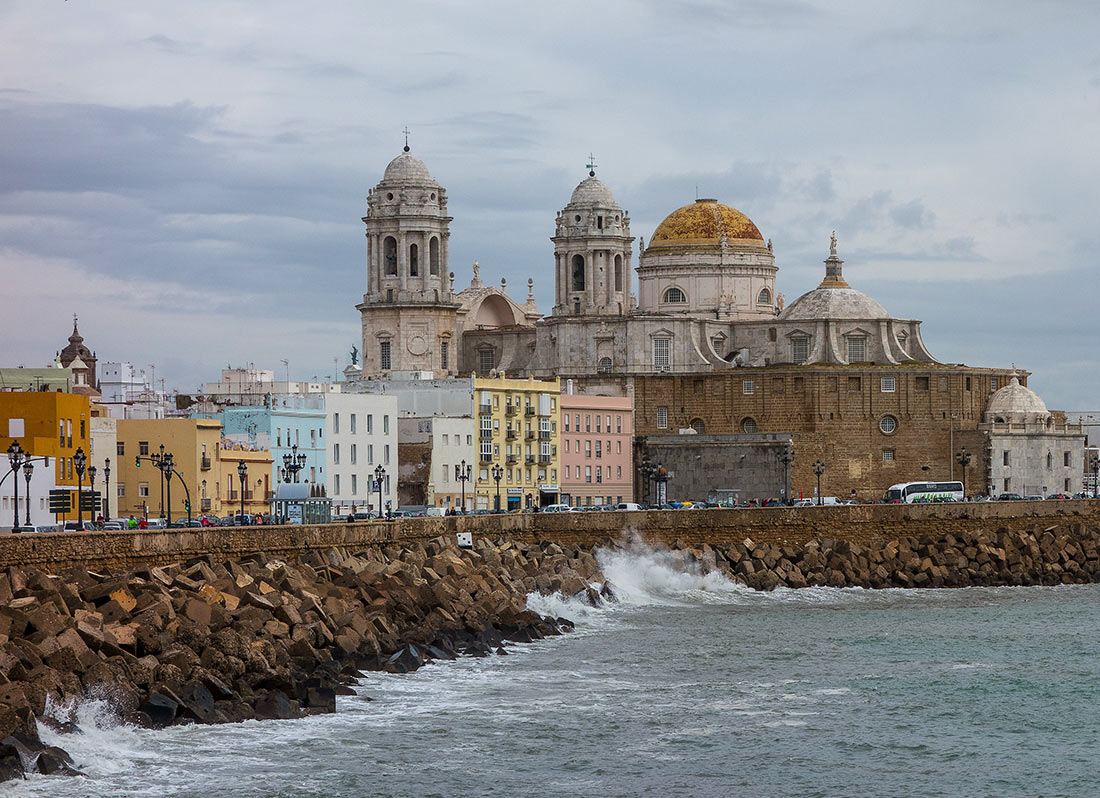 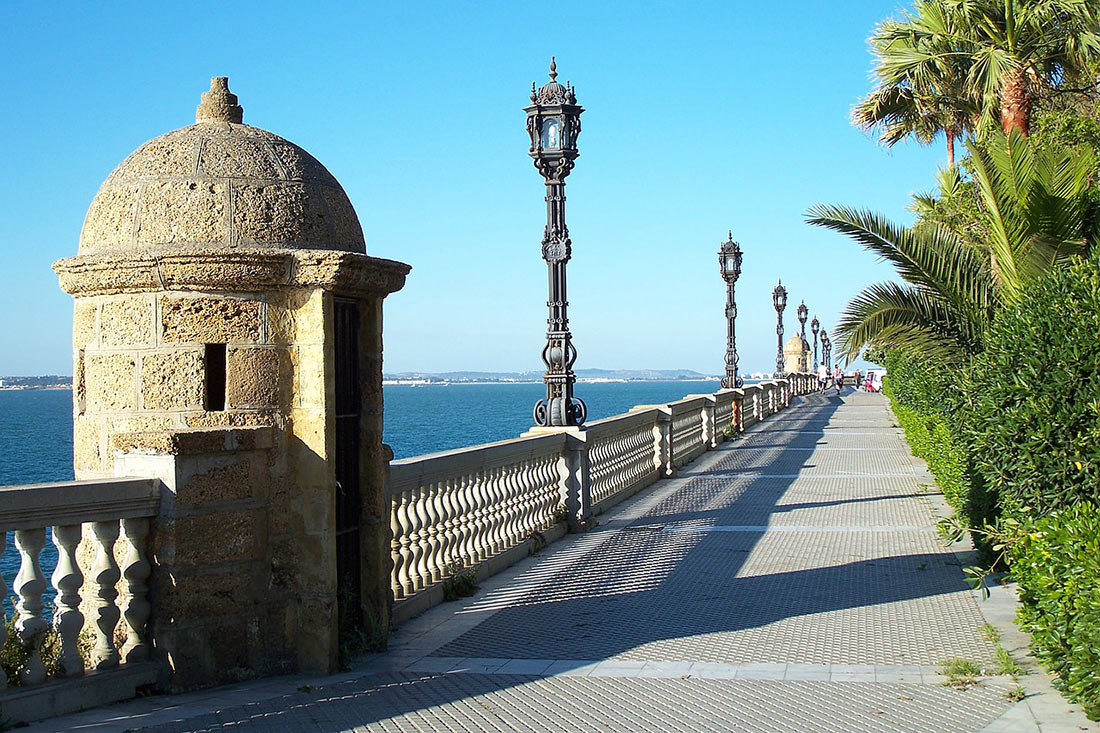 The capital of Andalusia is considered amazingly beautiful as well as full of history and culture. Here you’ll find the world’s largest Gothic cathedral. The Jewish quarter of Santra Cruz is interesting. There are numerous architectural masterpieces in the ancient streets and squares. 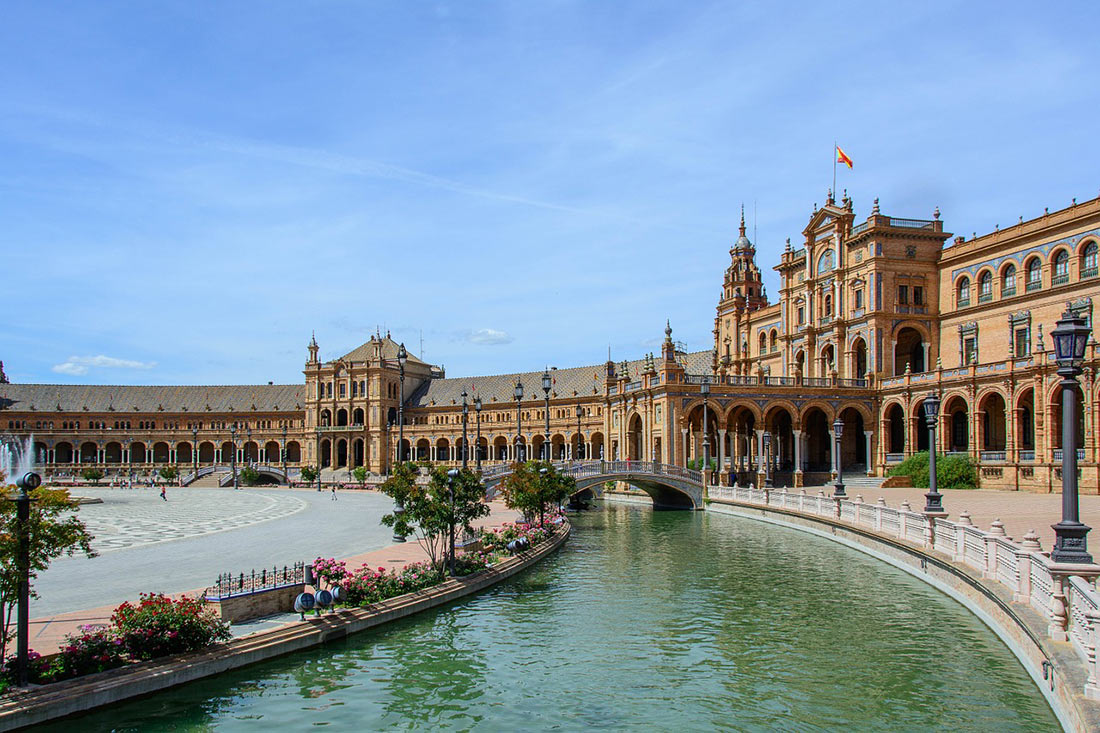 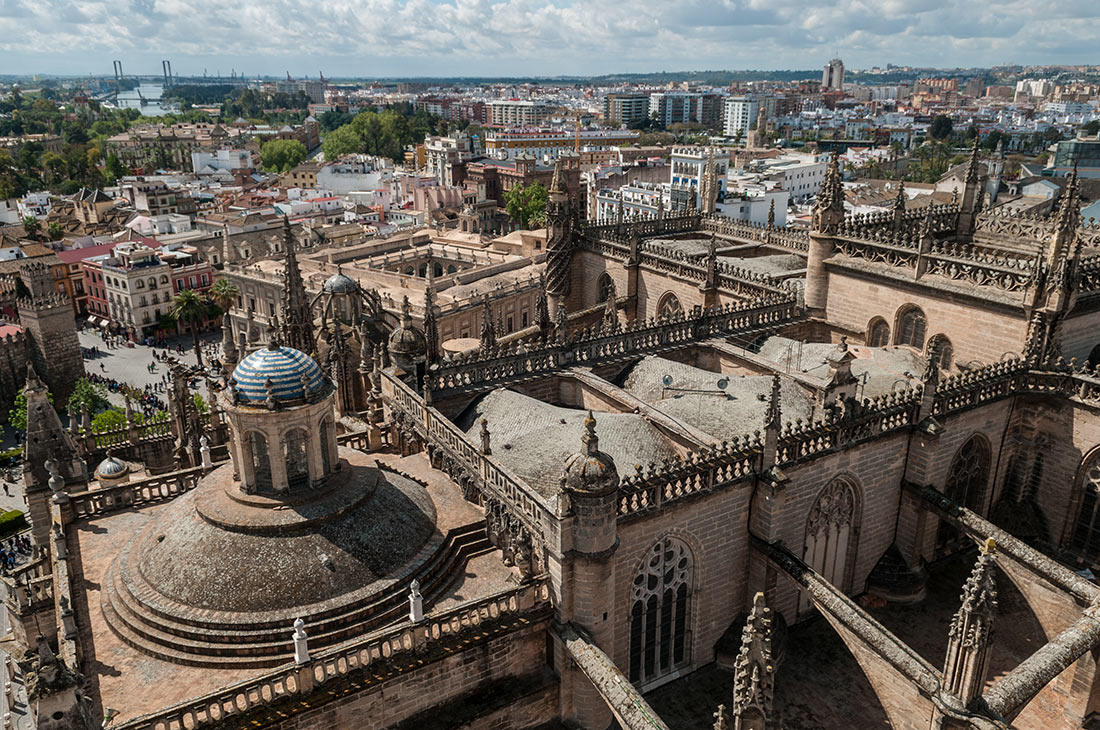 Photo: By Michal Osmenda from Brussels, Belgium, via Wikimedia Commons (CC BY 2.0)

Instantly captivating, the beach town of Tarifa is located in the province of Cadiz. Extensive white sand beaches and clear ocean make it a great place to relax.

A must-see Old TOWN in the Arabic-style is surrounded by intact medieval walls. Here you can get acquainted with the Moorish history of the city. 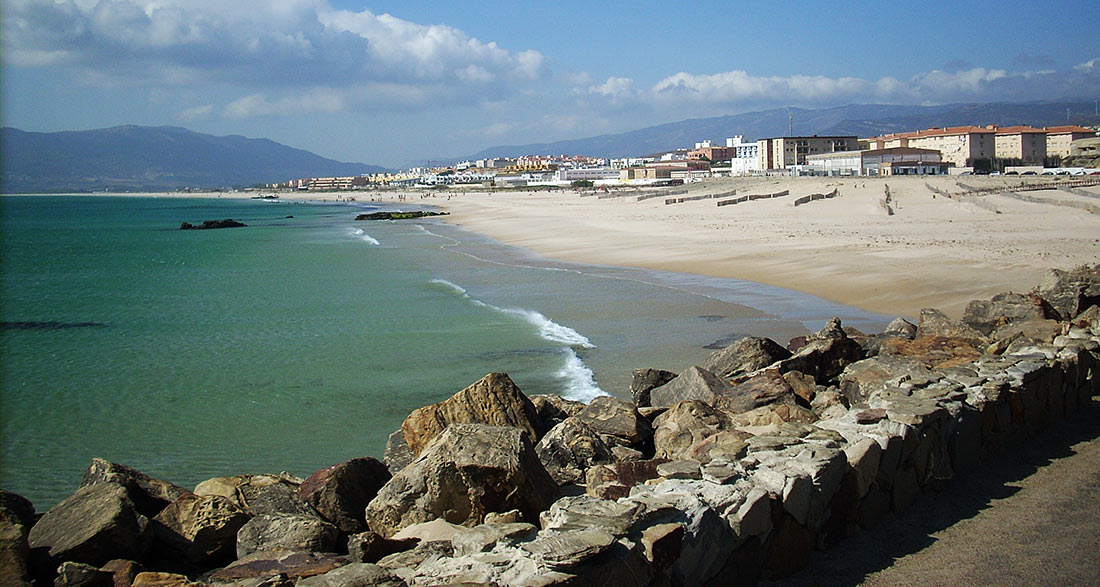 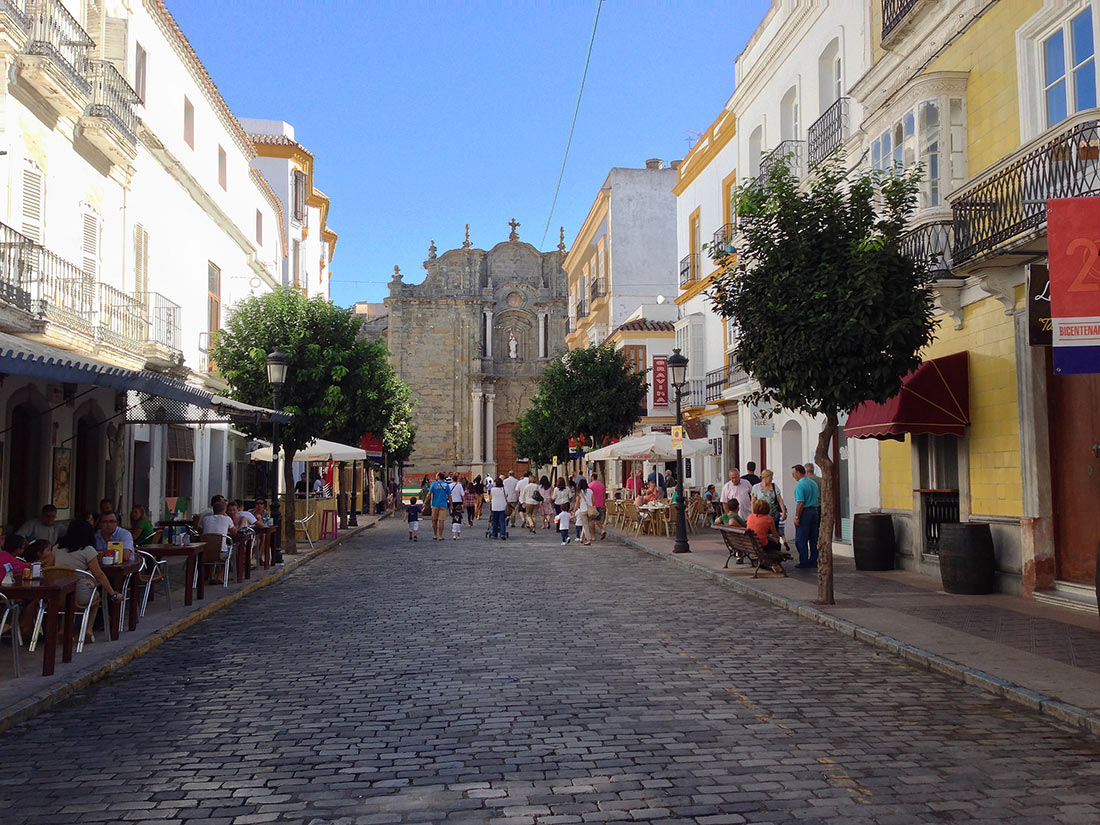 The most popular and famous city in the Costa del Sol region is sunny Marbella. But before heading to one of the many beaches, be sure to wander the winding, hilly streets of the Old Town! 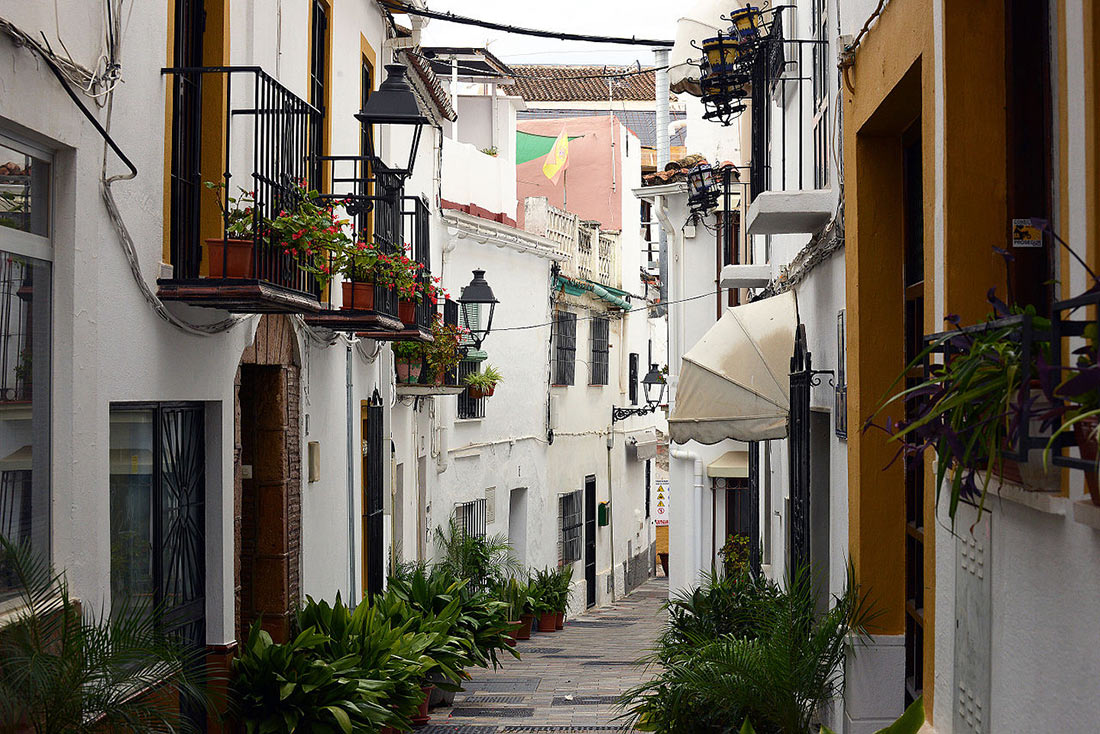 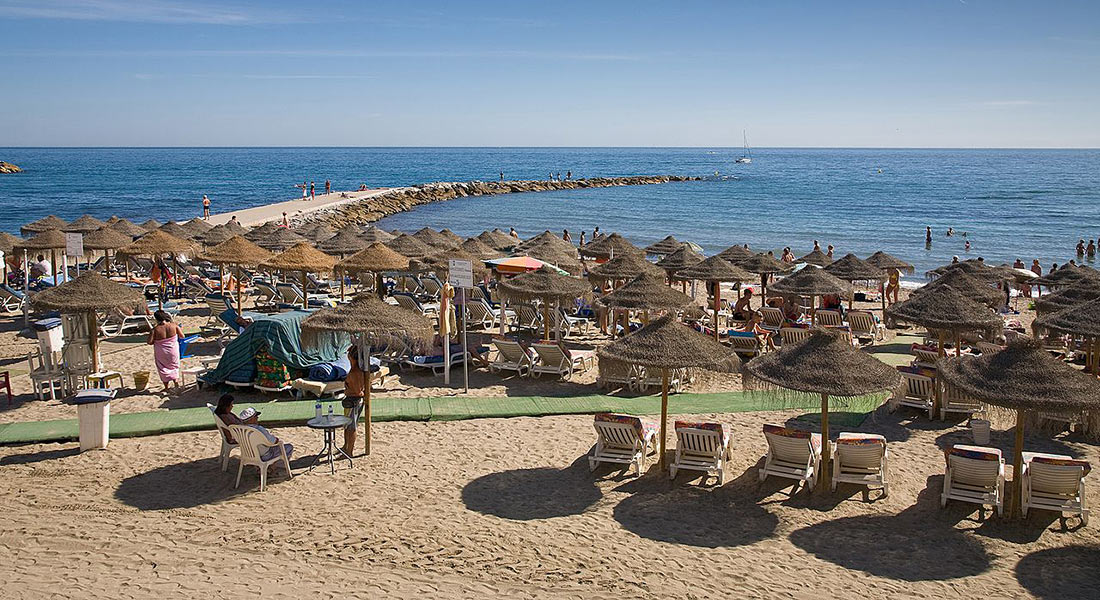 The ancient city, located on three hills in the foothills of the Sierra Nevada, is famous for its historical and architectural heritage of the Moorish era, as well as Gothic and Renaissance periods. Labyrinths of narrow medieval streets, the huge Alhambra palace complex, artsy cathedrals and churches, incendiary dance shows in the caves of Sacromonte – Granada is able to surprise and delight. The original city of ancient architecture, passionate music and noisy nightlife attracts tourists from all over the world. 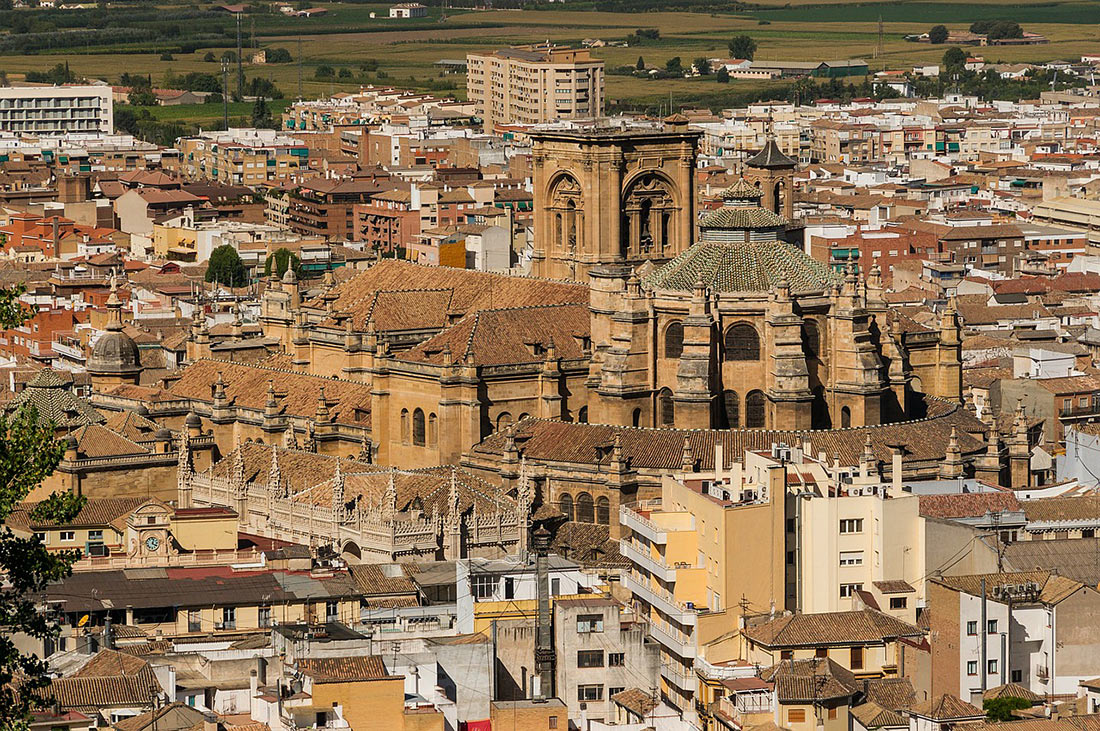 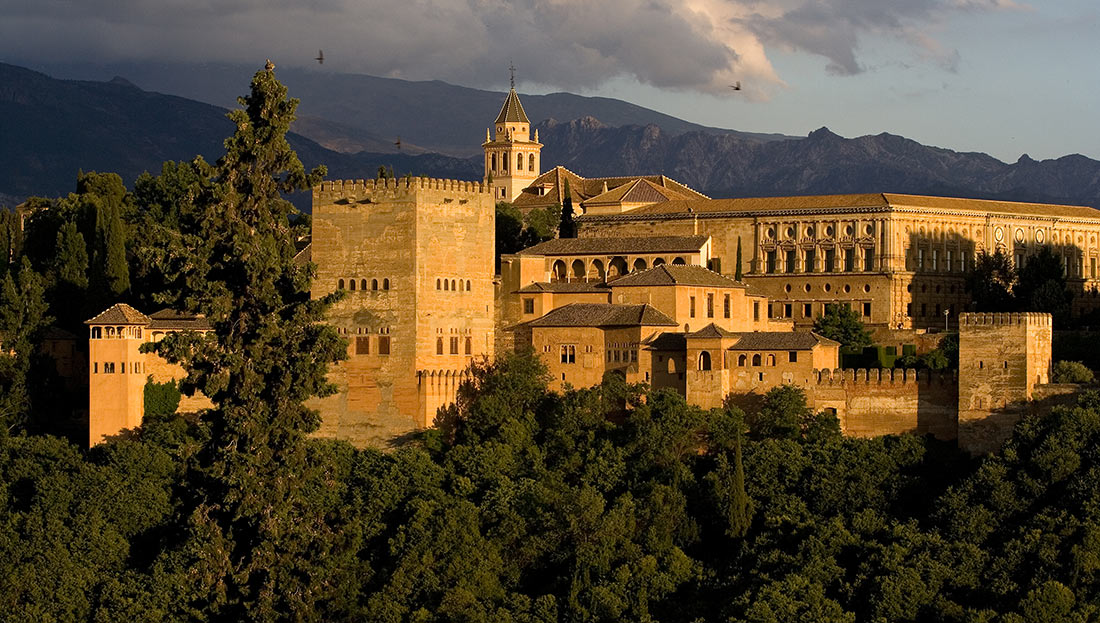 On the coastline of Tangier, where the waters of the Mediterranean and the Atlantic seas meet, you will discover an authentic city of diverse influences. There is no imperial grandeur of the East here, this is an original place that opens for Europe the way to Africa. 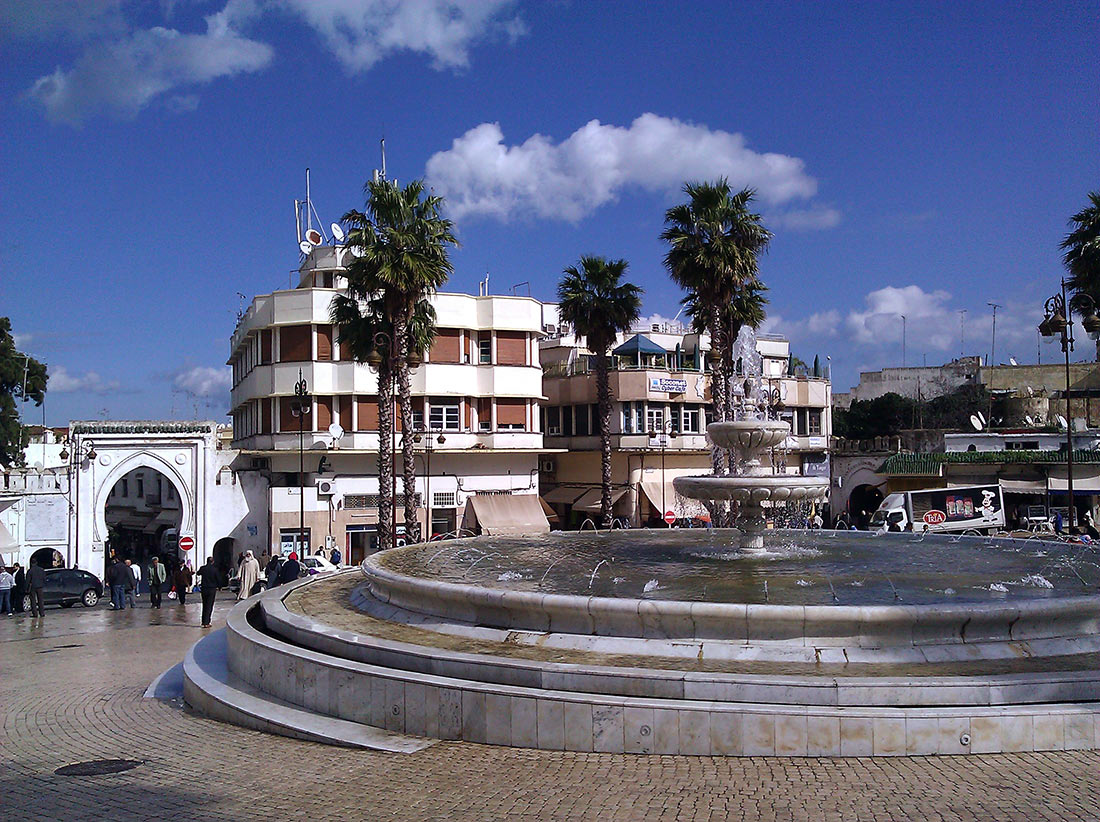 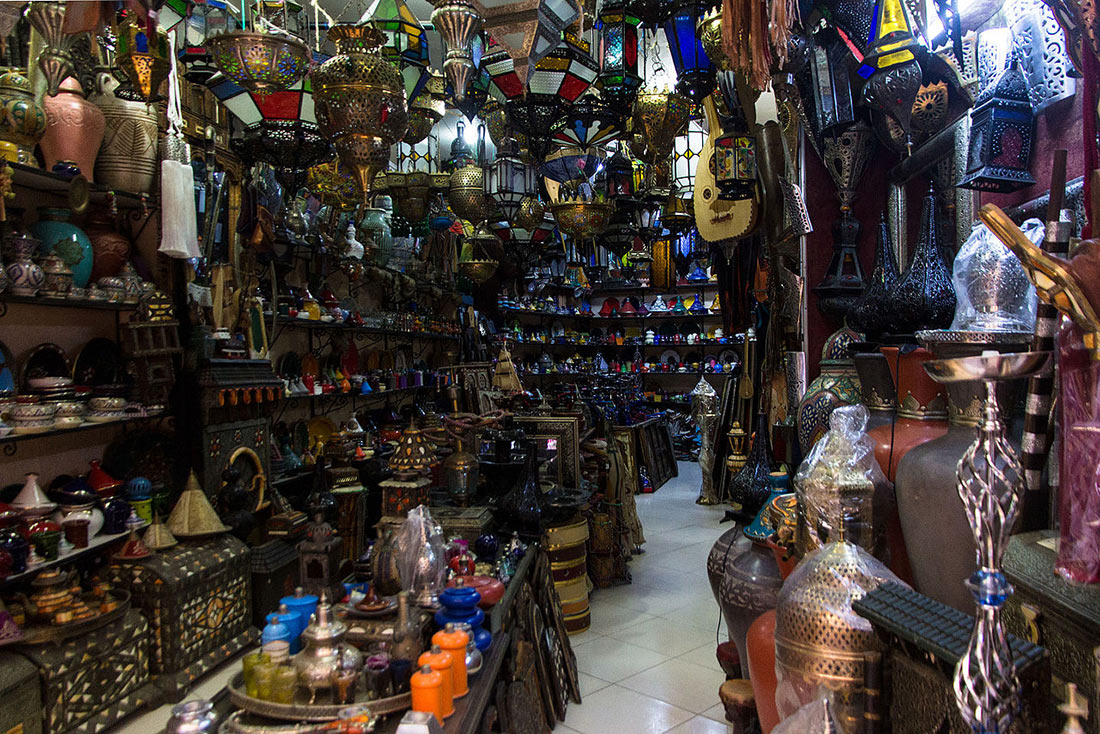 Photo: By cat_collector (At Medina of Tangier), via Wikimedia Commons (CC BY 2.0)

The historic town of Archidona, linked to the history of bullfighting, is nestled among olive groves and almond trees. It is a perfect place to find peace and quiet during any season. However, once a year Plaza Ochavada is enlivened by a fair, the main event of which is bullfights. 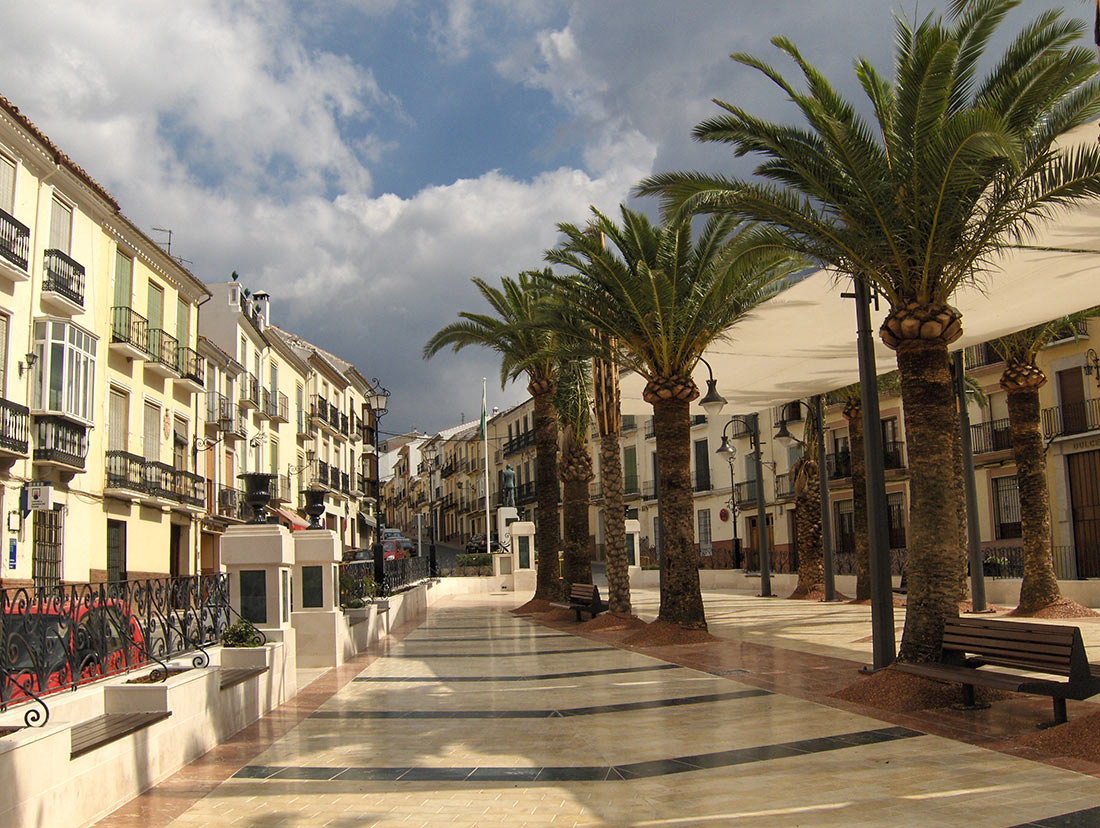 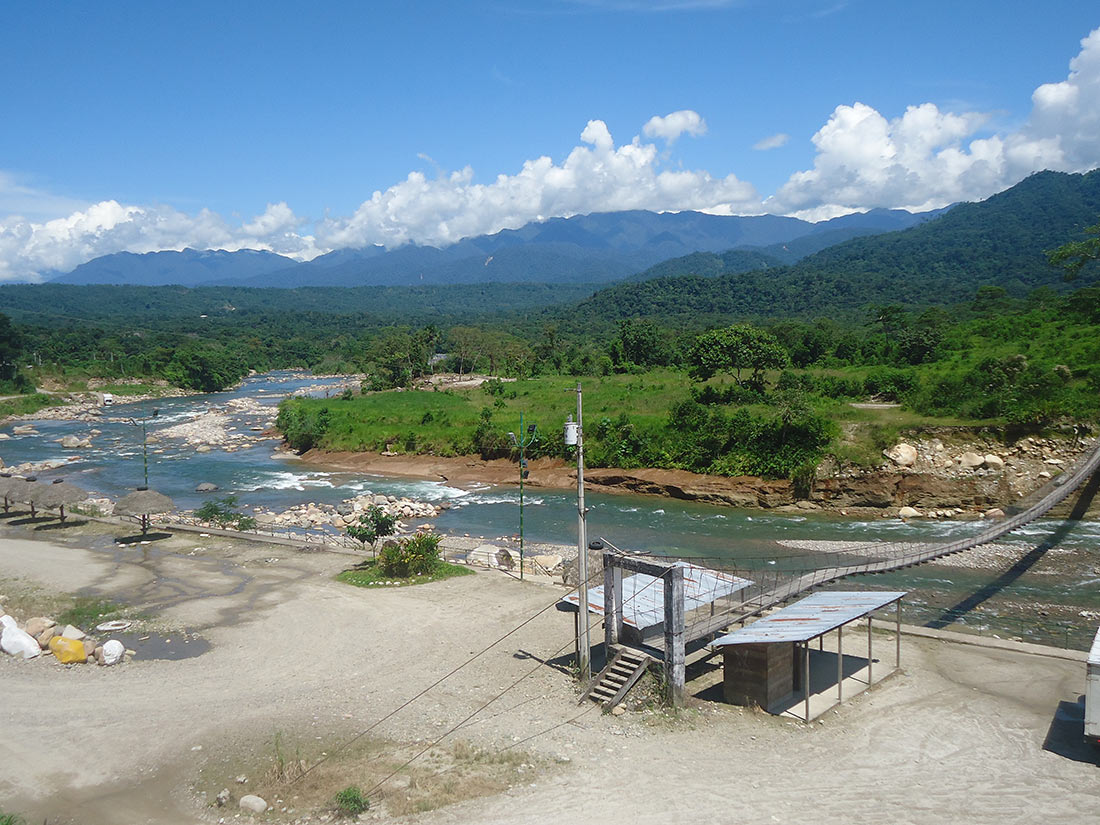 Just an hour from the busy streets of Malaga, you will find the incredibly beautiful hills and cliffs of the El Torcal Nature Reserve. The quiet rural settlement of Villanueva de la Concepción is located here. You can come here and relax, take a break from the bustle of the city, listening to the goat bells ringing in the streets. 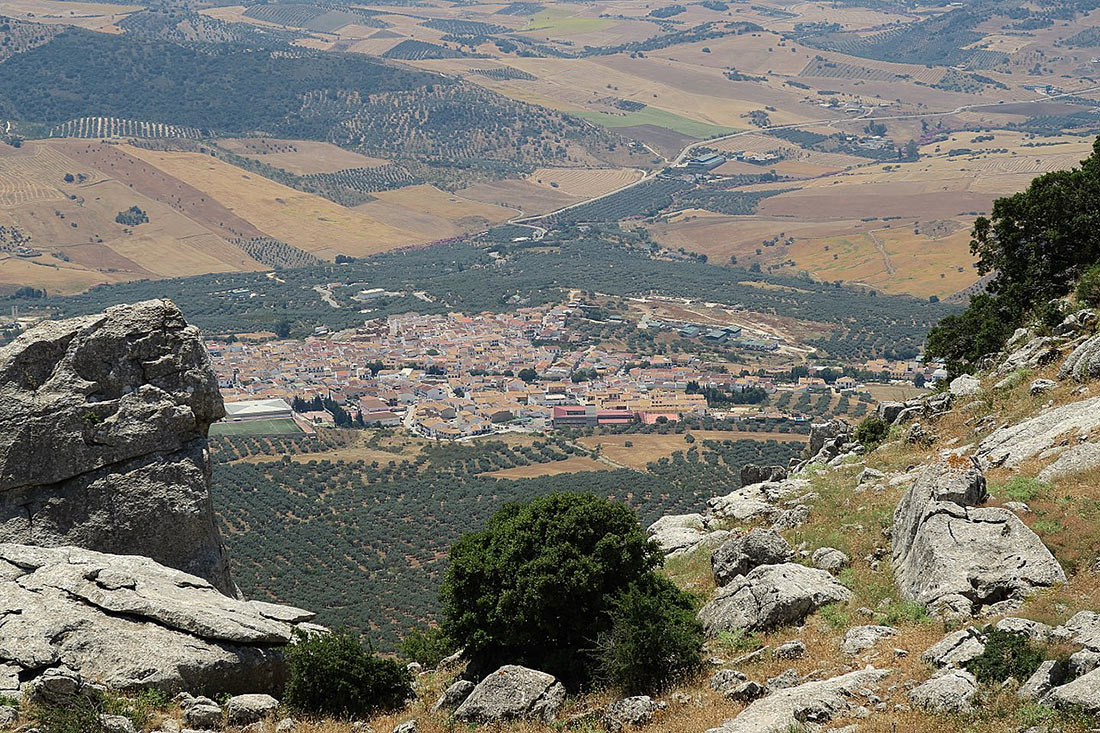 This unique path, paved directly on steep cliffs, is one of the world’s most dangerous hiking trails. Caminito del Rey got its name after the visit of King Alfonso XIII of Spain, who walked it during the opening ceremony of the dam.

How far is Caminito del Rey from Malaga

The distance from the center of Malaga to the Royal Trail is about 65 kilometers by car. 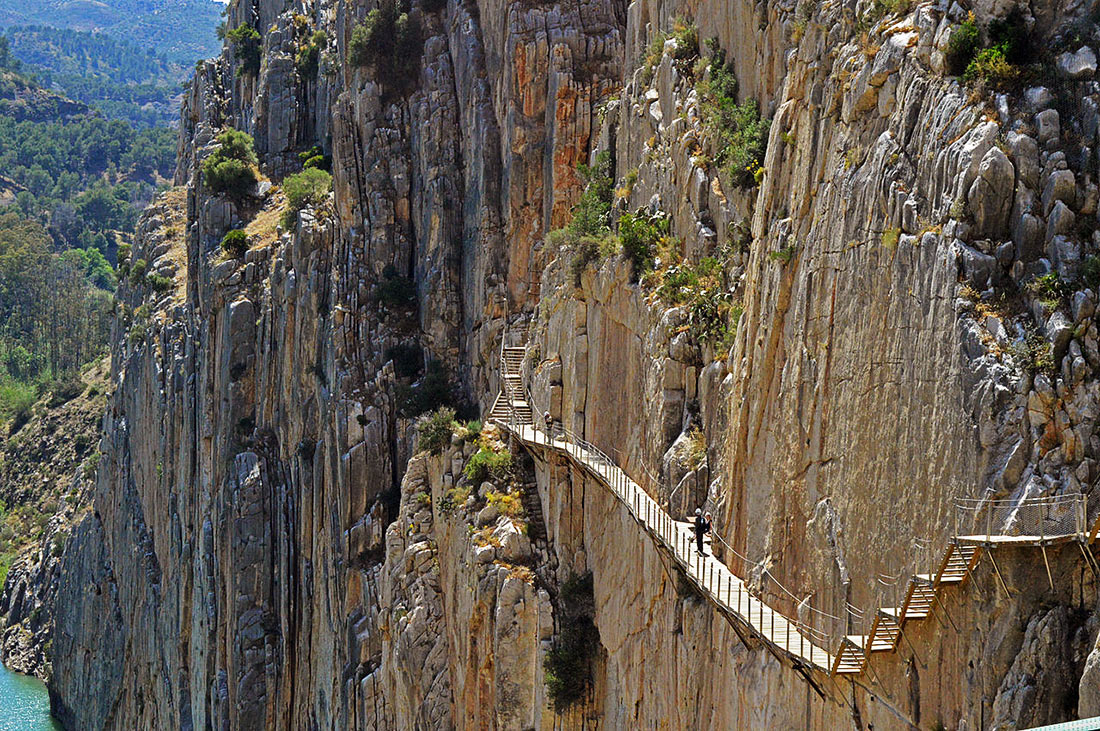 Palaces and Castles of British Kings and Queens: 7 Gems of...