7 Unusual buildings erected in the most absurd and inappropriate places

Ancient times have left for us fantastic masterpieces and unusual buildings, which prove not only human evolution, but also his huge creative potential.

We usually focus our attention on the pyramids, Greek temples, ancient medieval castles or the Great Wall of China. But the art of building can be absolutely different. It turns out that some buildings are erected in completely absurd places, obviously not suitable for construction.


Besides, if you take into account the technologies available at the time they were built, these masterpieces will impress you even more!

So let’s take a look at some of the most incredible and fascinating buildings ever that were erected by people.

Right in the middle of the lake there’s a palace called Jal Mahal. It is located in Rajasthan state. Three out of five levels of the palace are immersed in water, that make it even more charming. 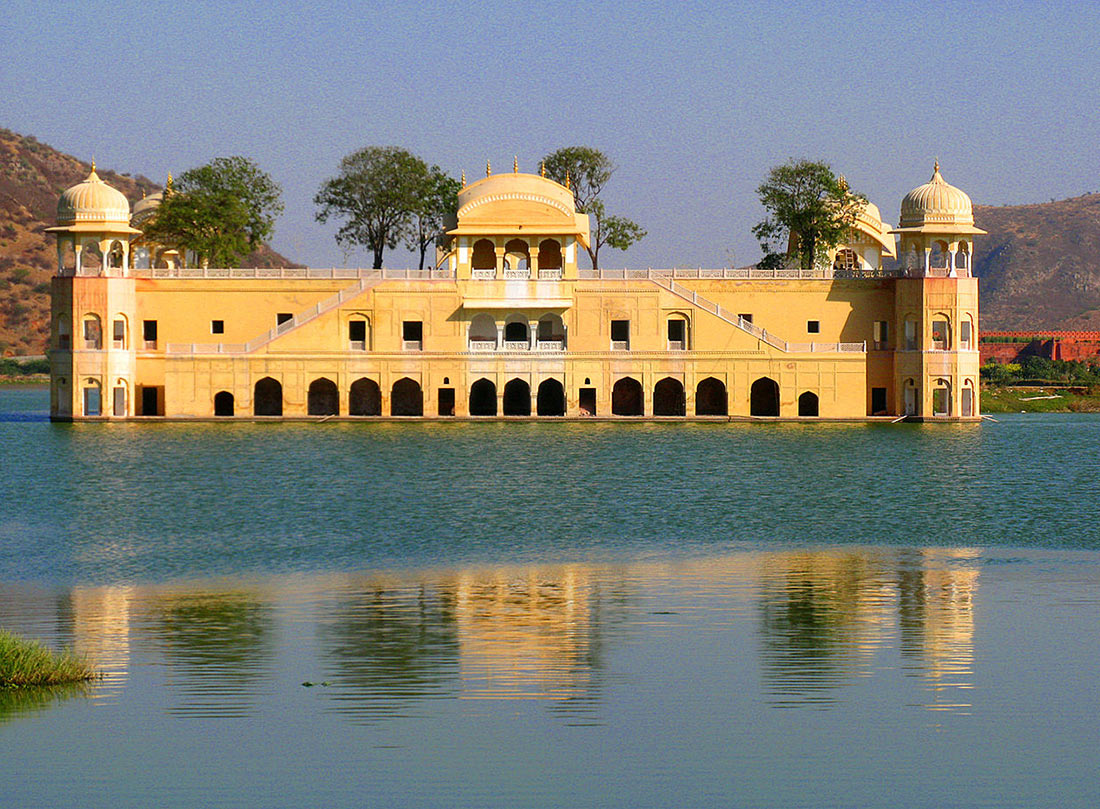 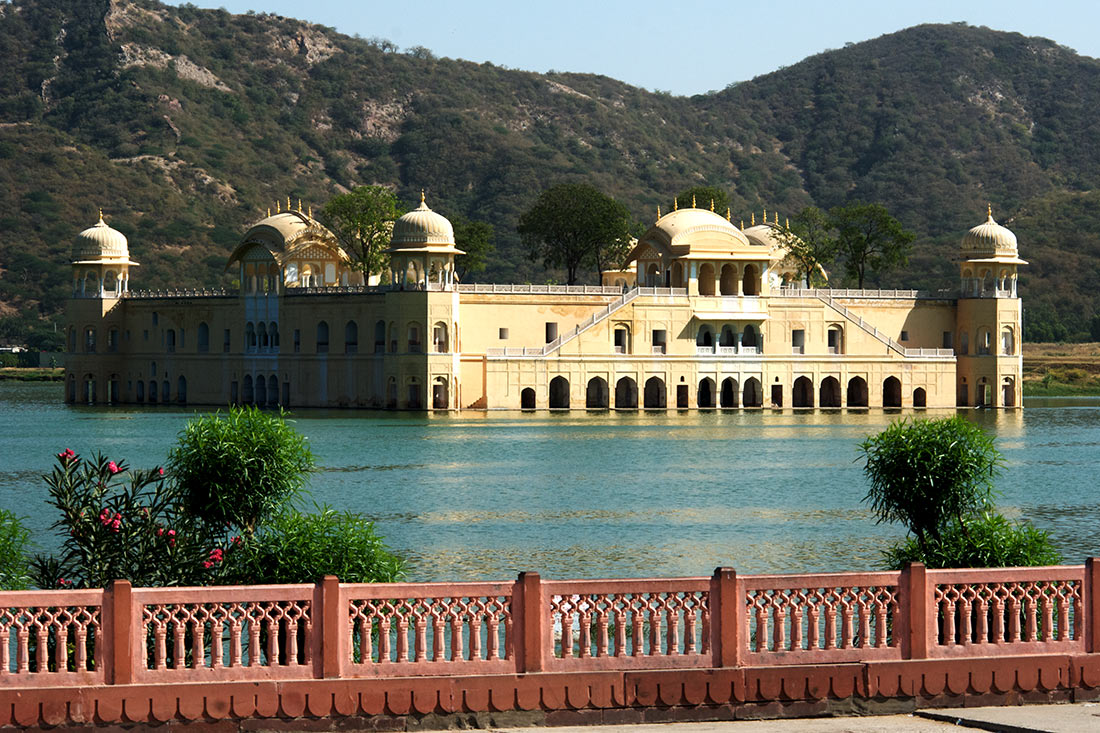 Strombolicchio: a lighthouse on a rock (Italy)

Strombolicchio is a volcanic island, located just a few kilometers far from the island of Stromboli, which belongs to the Aeolian Islands. On its rocks, which appeared 200 thousand years ago, a lighthouse was built. It uses the energy of the Sun and can be reached by a concrete stairway of over 200 steps. 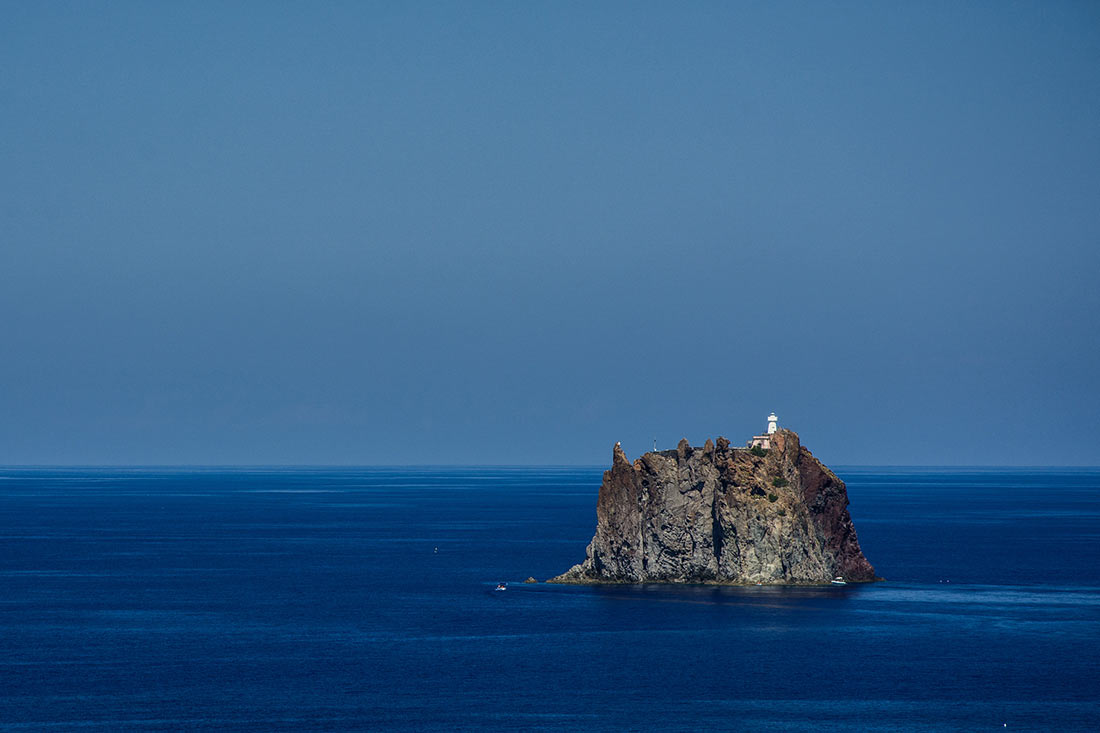 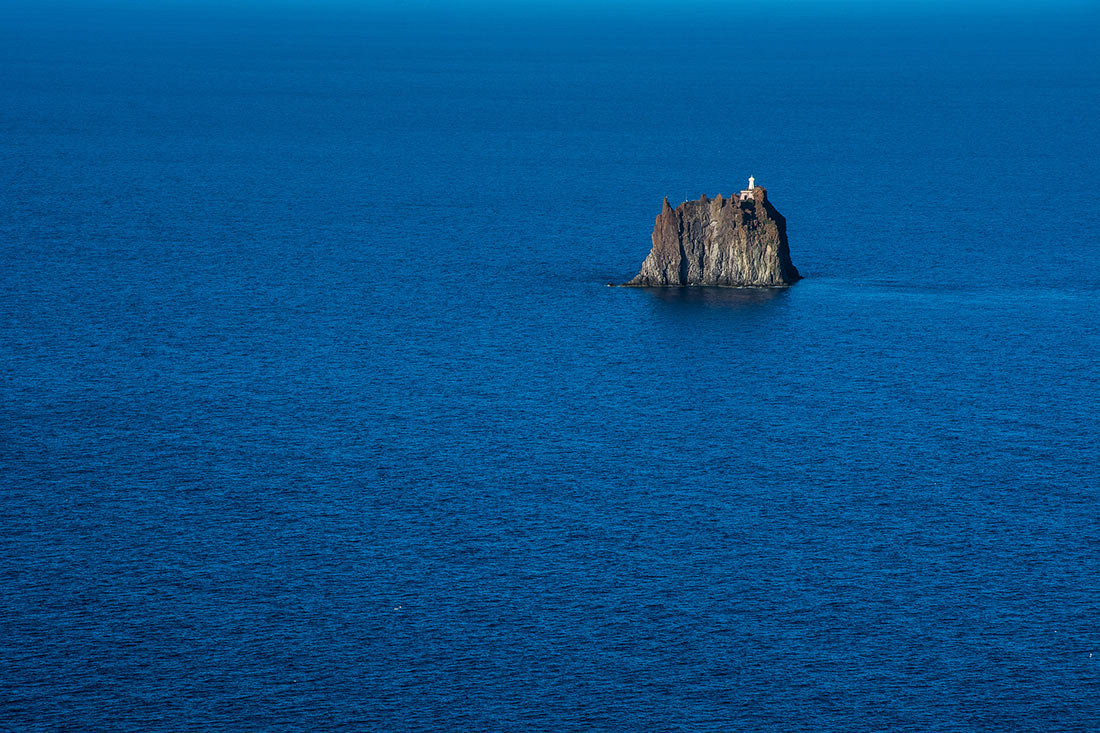 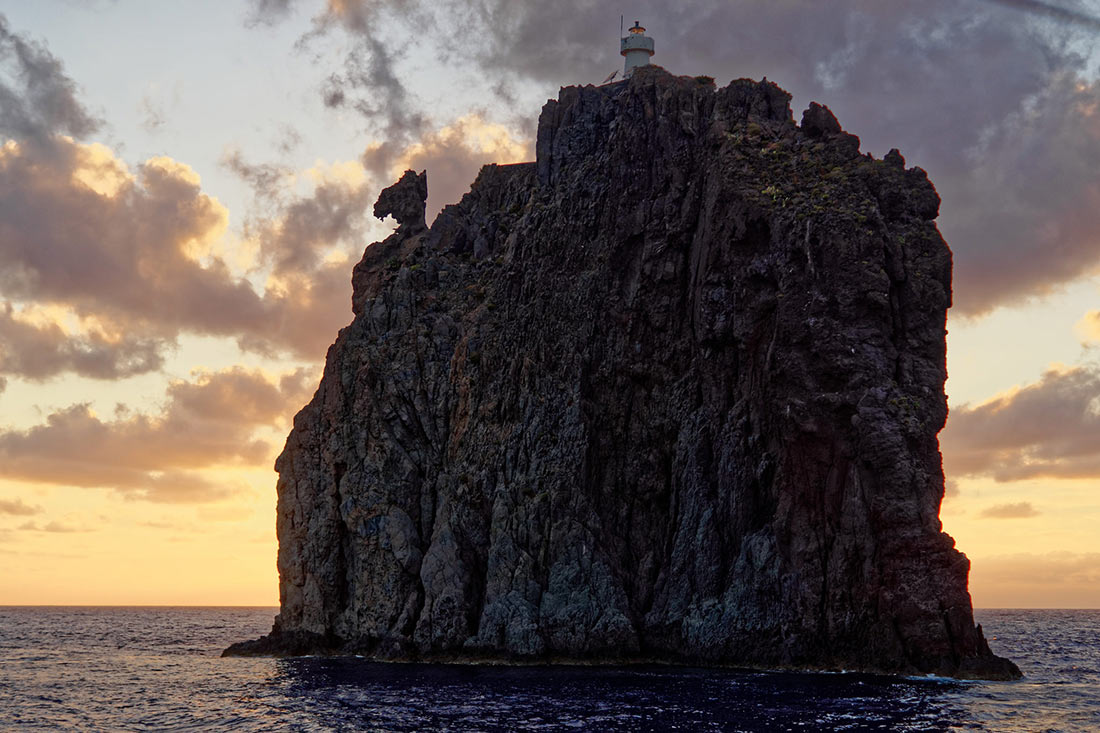 This unusual cliff-hanging monastery is carved into a sheer rock wall. Iit continued to expand until, finally, could accomodate more than 600 monks. Later, its monks were killed by the Persians. But throughout the centuries the monastery hasn’t been abandoned. The Orthodox Church began to use it in XIX century. 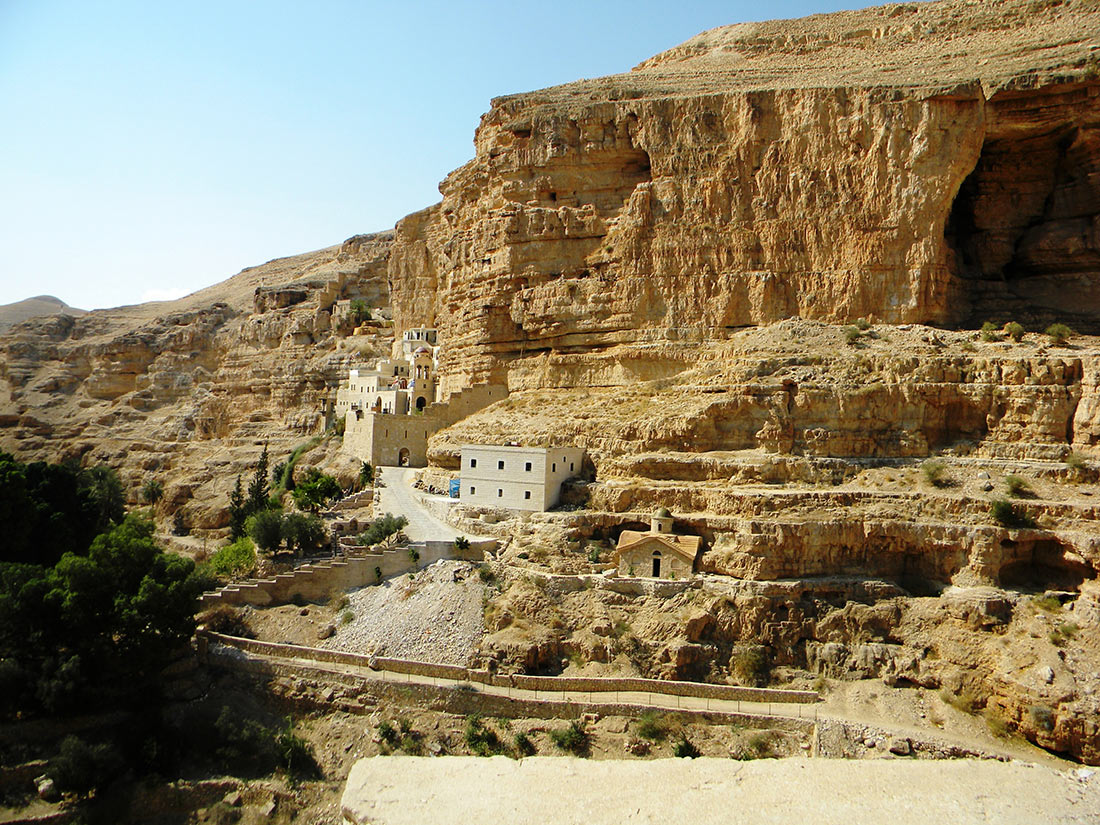 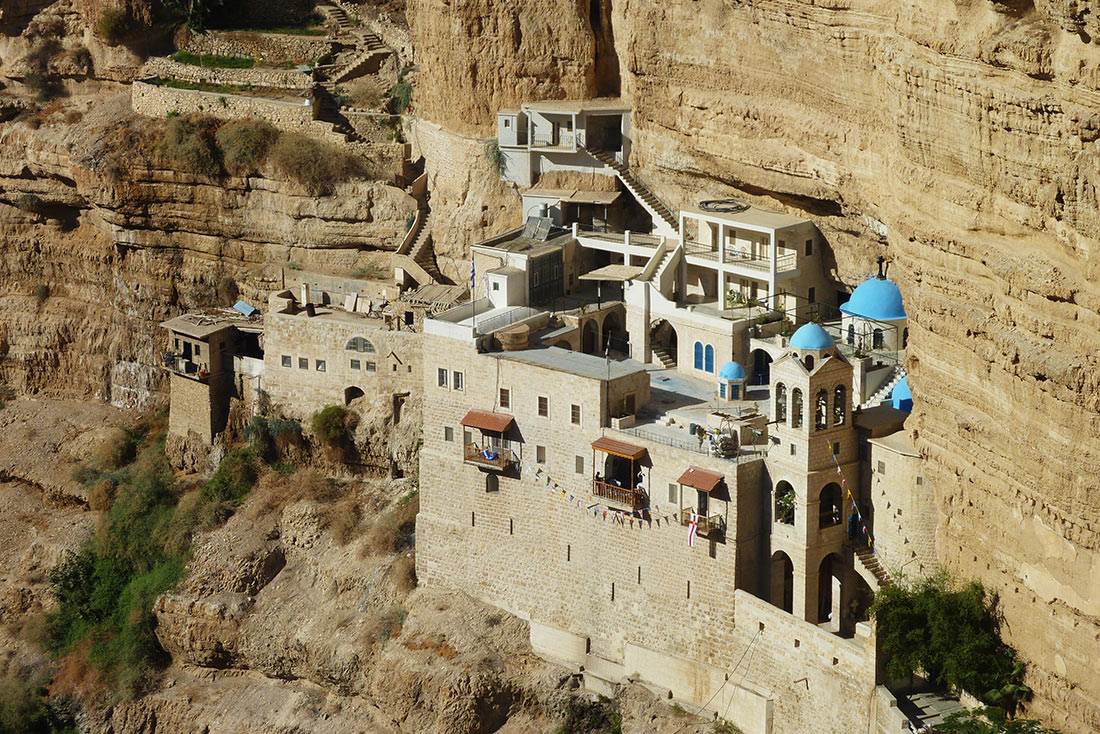 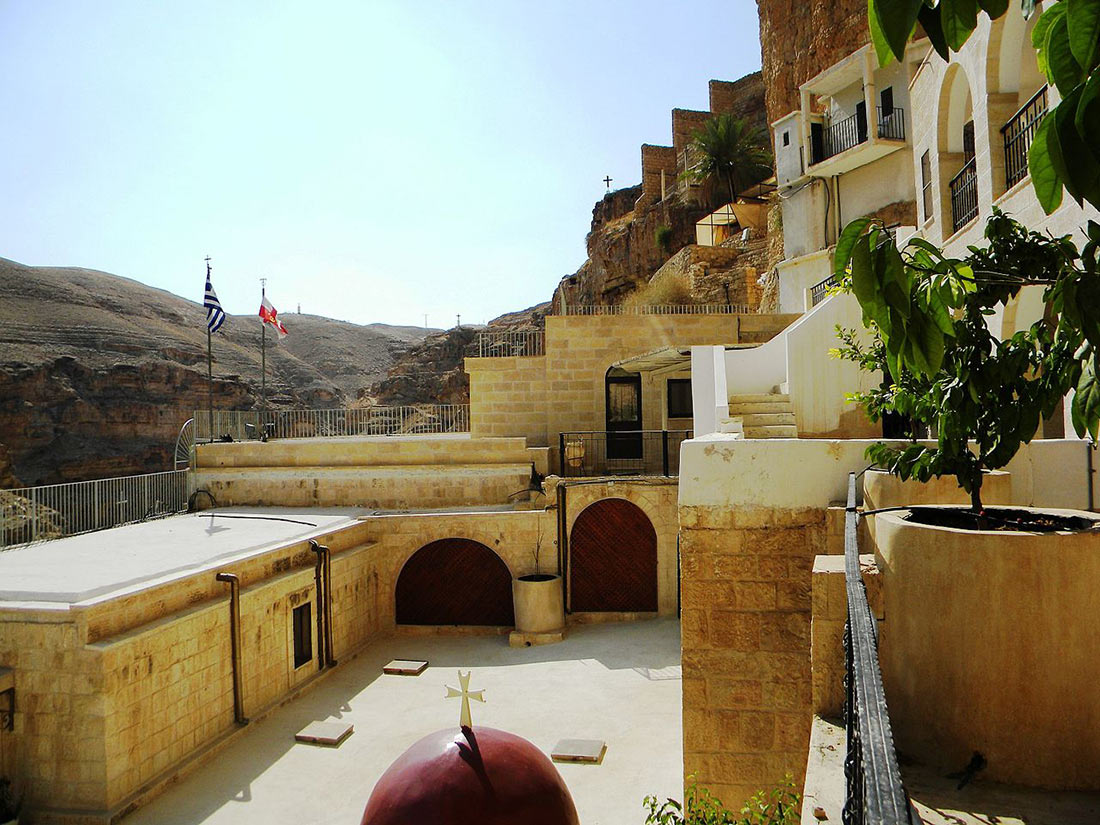 Las Lajas Basilica: a church on the bridge (Columbia)

Las Lajas sanctuary is located in the canyon formed by the Guaitara River, southern Colombia. The church attracts crowds of pilgrims, because it is dedicated to Our Lady of the Rosary, whose face is on a stone slab). The author of the mural remains unknown. 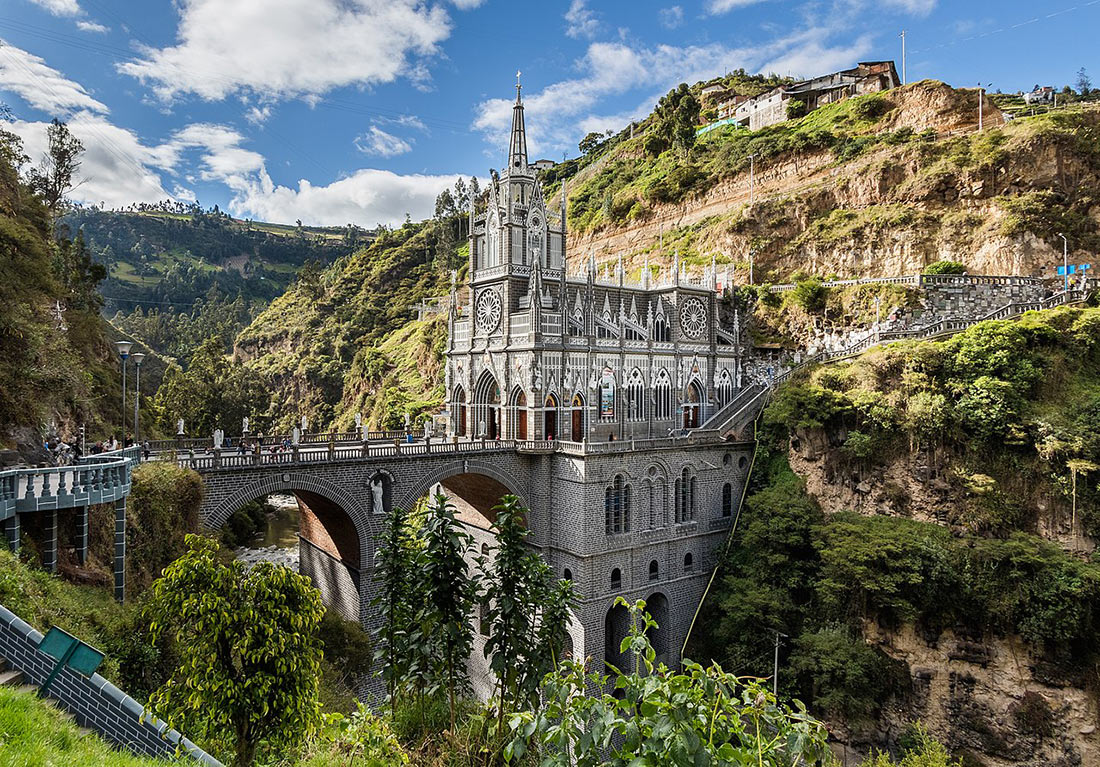 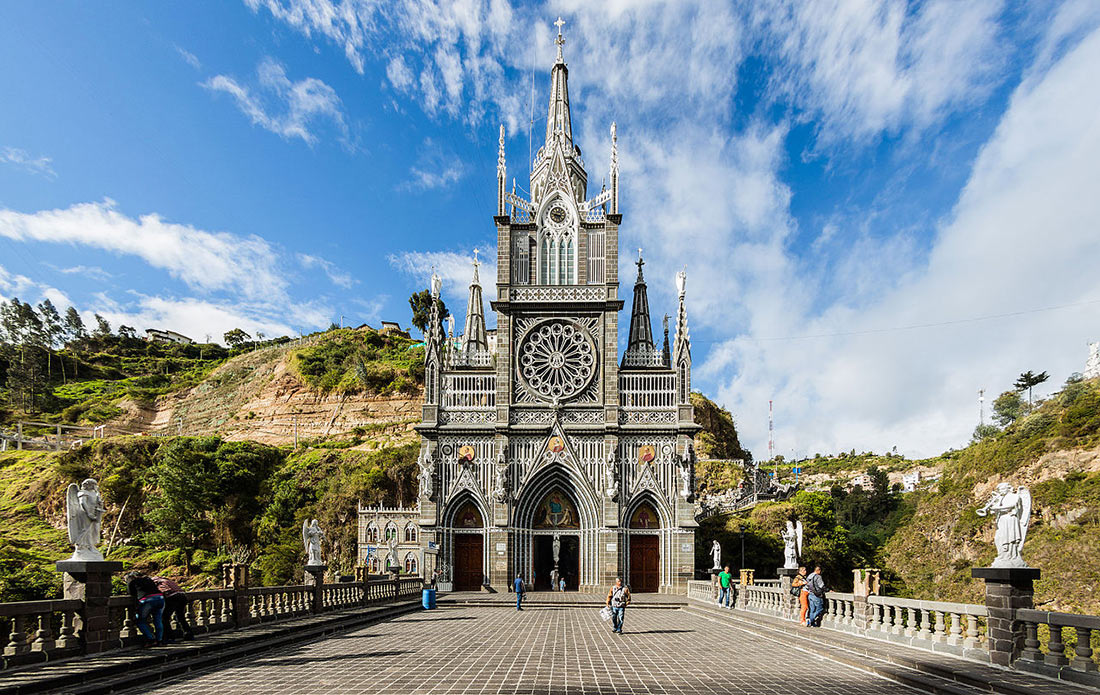 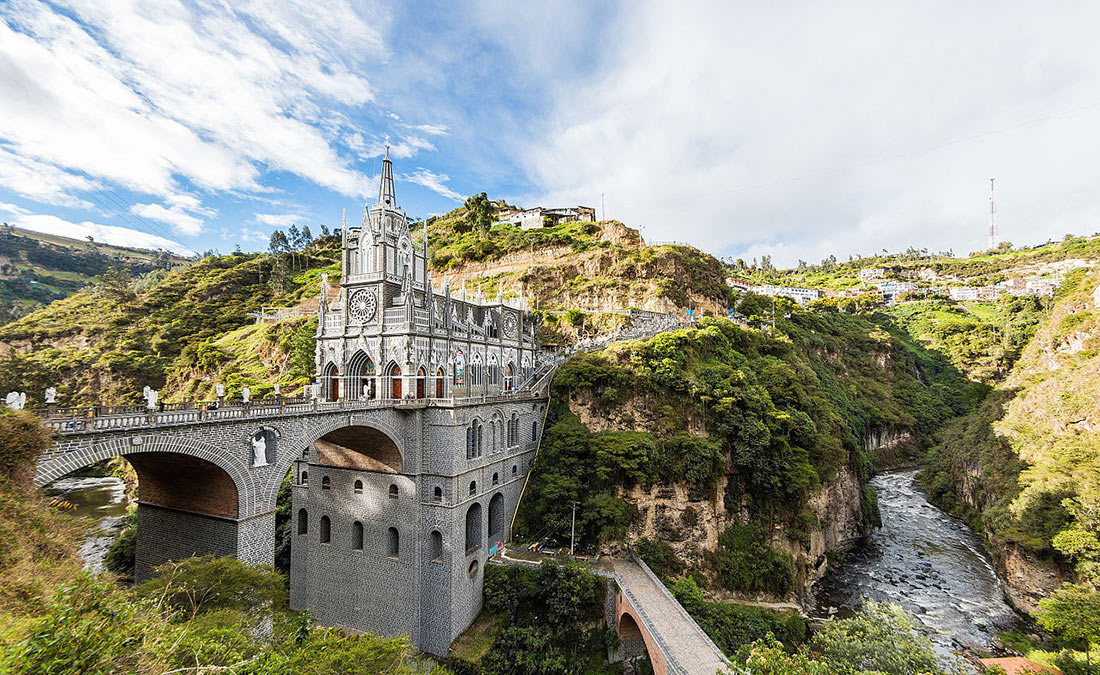 A castle in a cave: Predjamski Grad (Slovenia)

The castle, built in a karst cave, which is 123 meters deep, was considered to be almost impregnable. The local robber baron Erazem Lueger used it as a shelter after his raids. And today, next to the highway to Ljubljana, there is a bridge called “the house of robbers”. 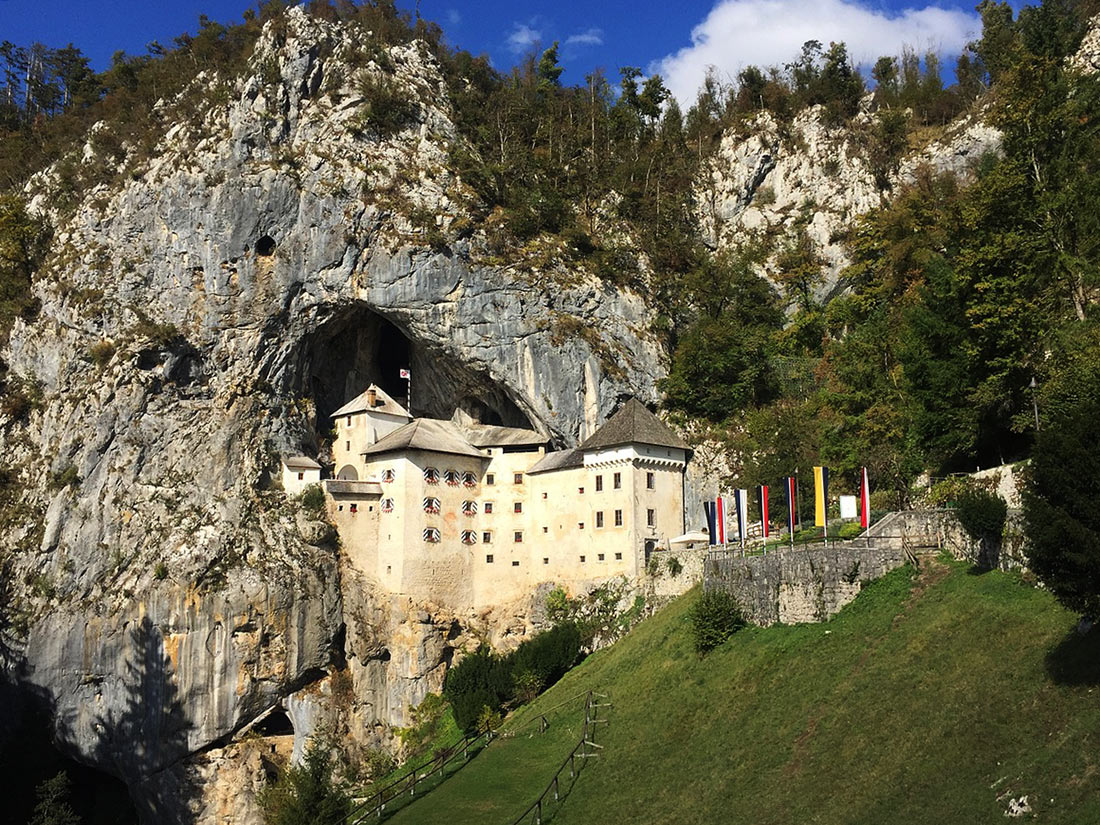 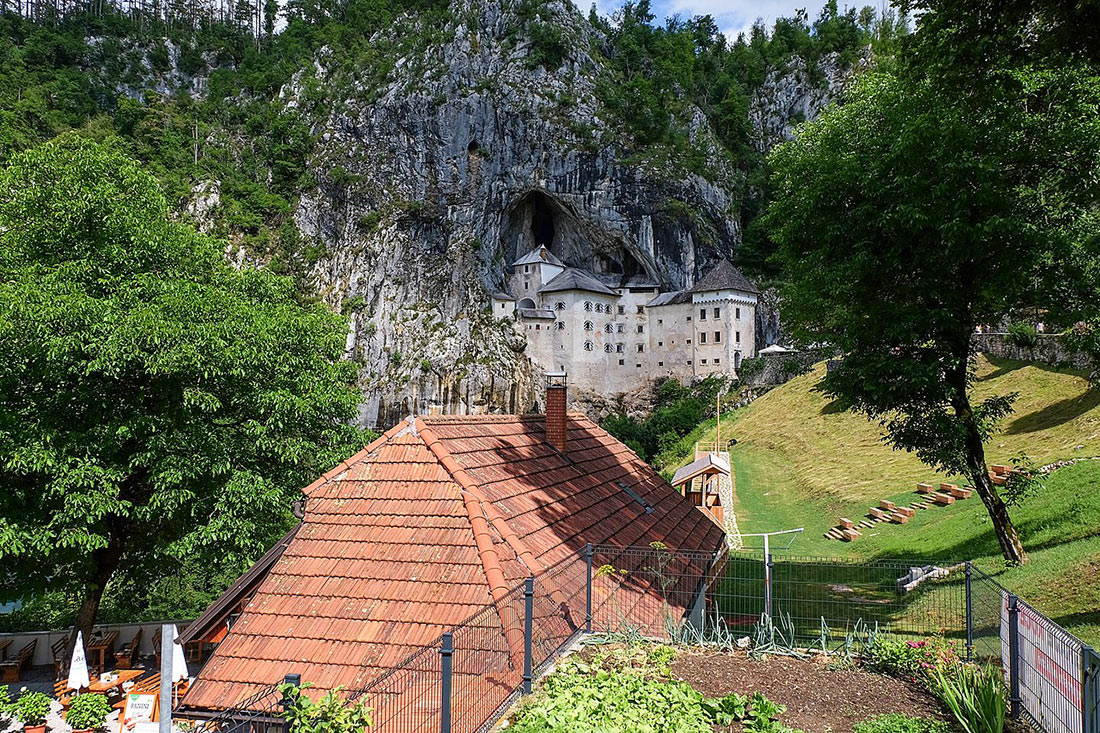 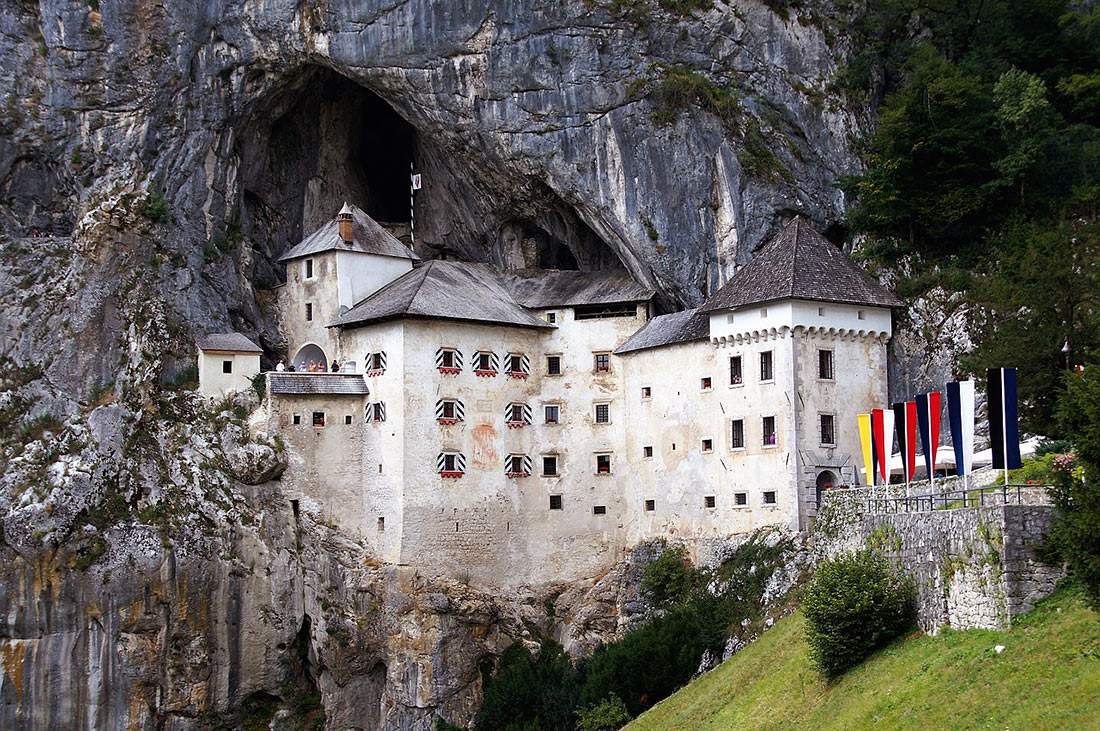 Xuankong Temple: a hanging temple built into a cliff (China)

Near the mount Heng there’s a Hanginh Temple built into 75 meters high cliff. Its feature is not only the type of its construction. This unique place is also the only existing temple with the combination of three Chinese traditional religions: Buddhism, Taoism and Confucianism. 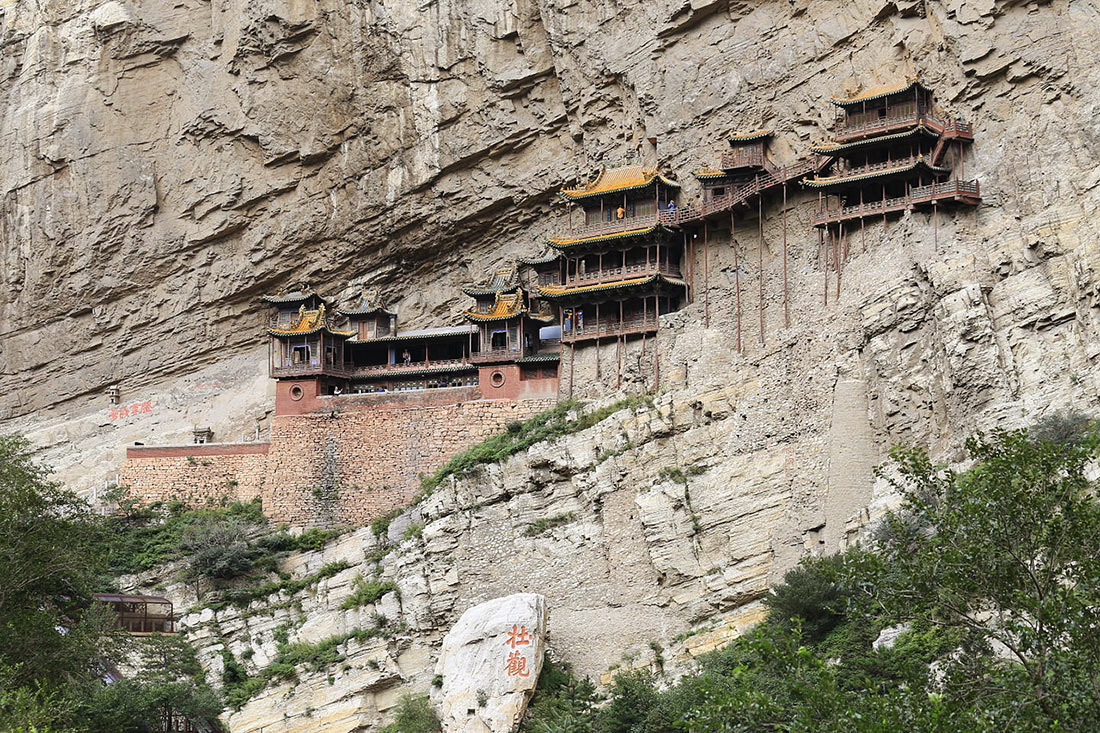 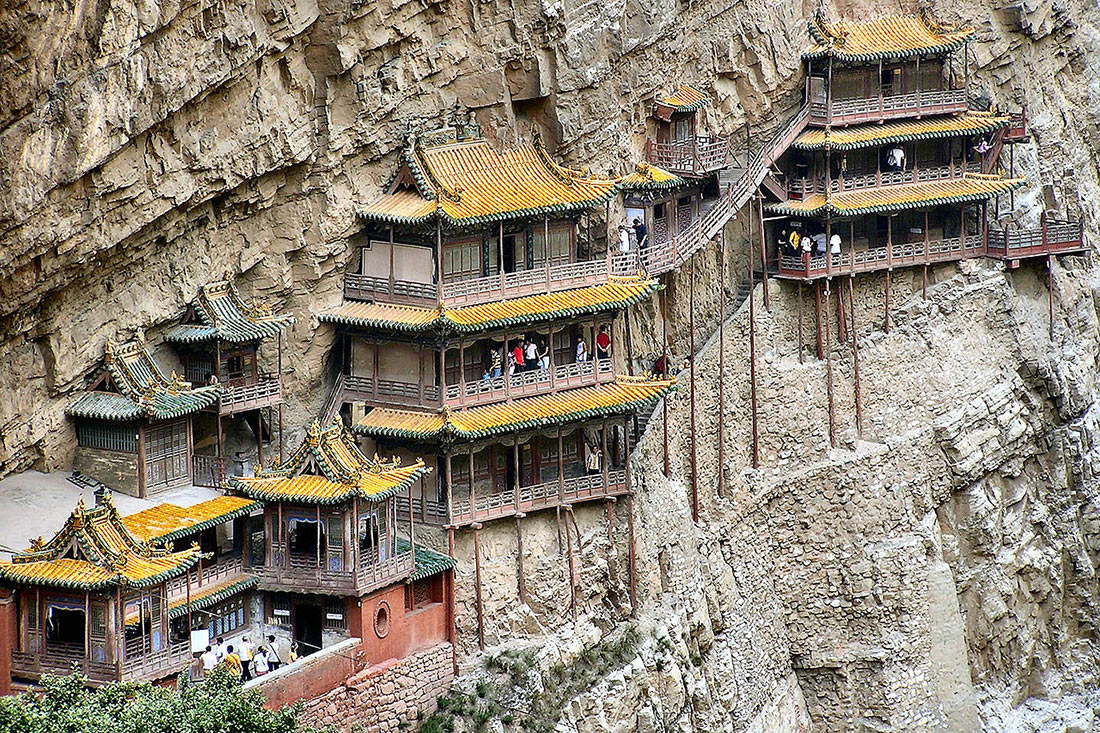 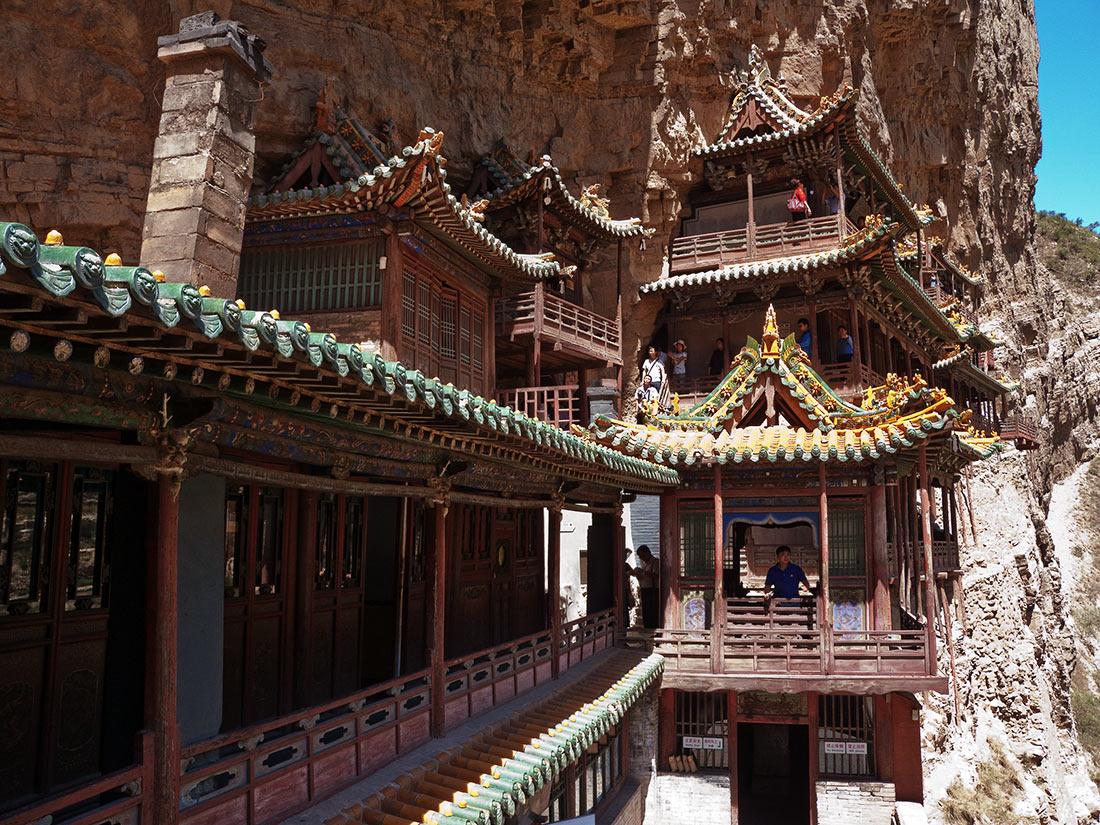 Kye Gompa was built about 1000 years ago on top of a hill at an altitude of more than 4000 meters.
Здание было построено около 1000 лет назад на горе высотой более 4000 метров. Due to its strategic position, the monastery could control the surrounding areas, which have always had controversial owners. Today, this Buddhist temple is the largest in the region and one of the highest in the world. 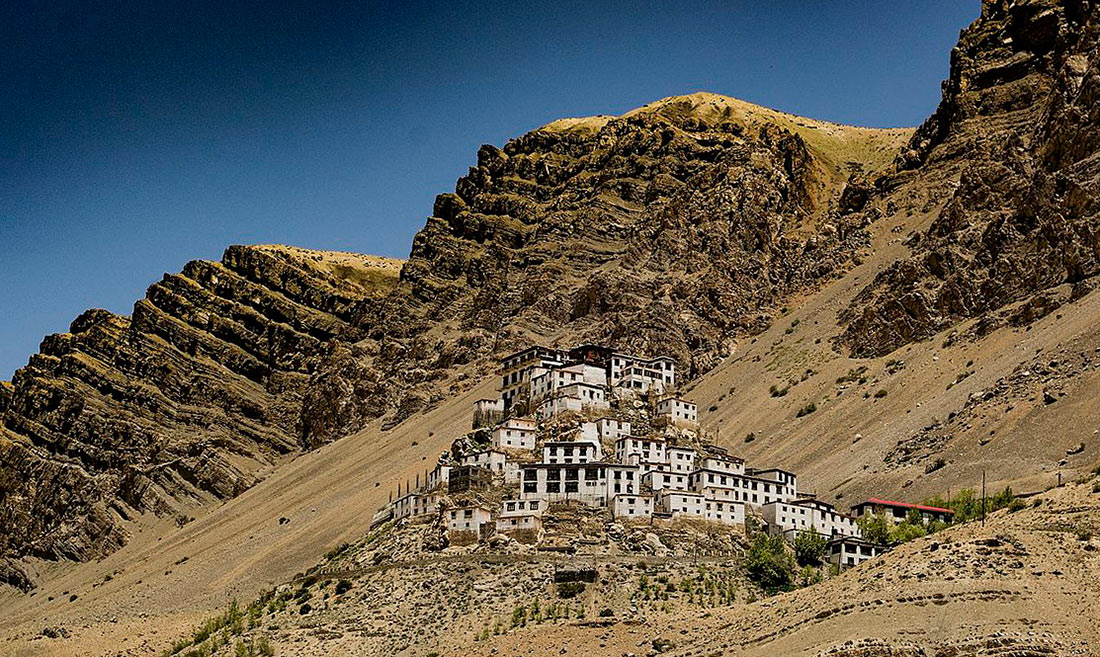 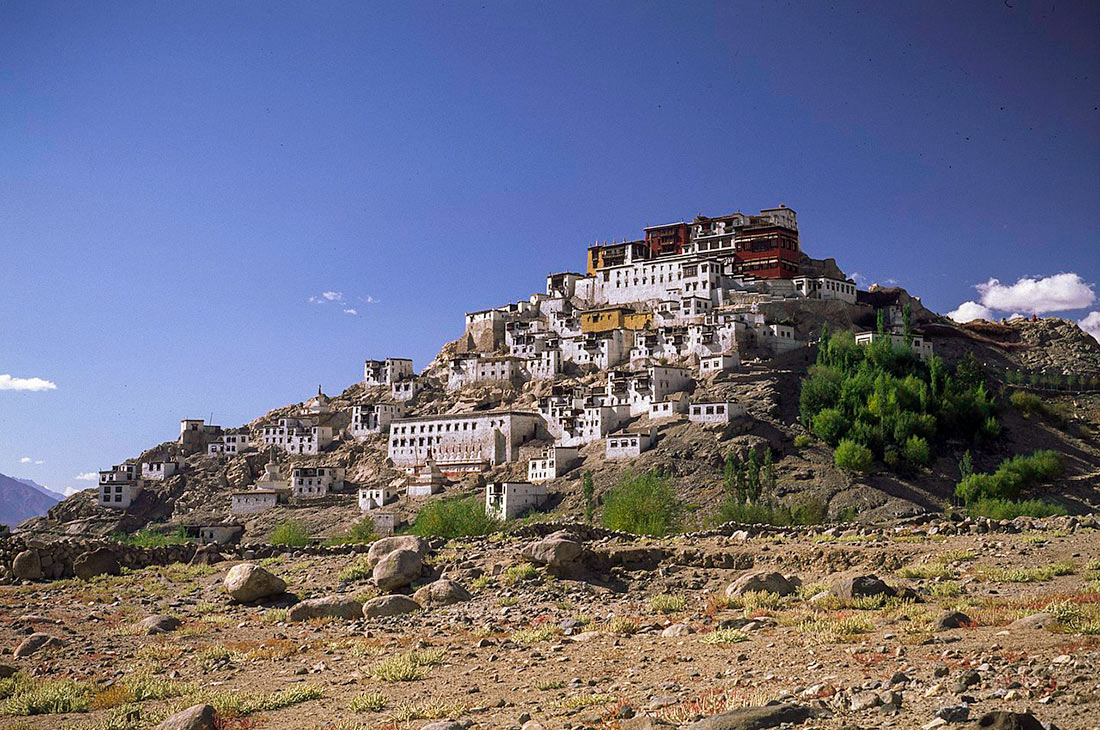 Photo: By The original uploader was Michael Hardy at English Wikipedia, via Wikimedia Commons (CC BY 2.0) 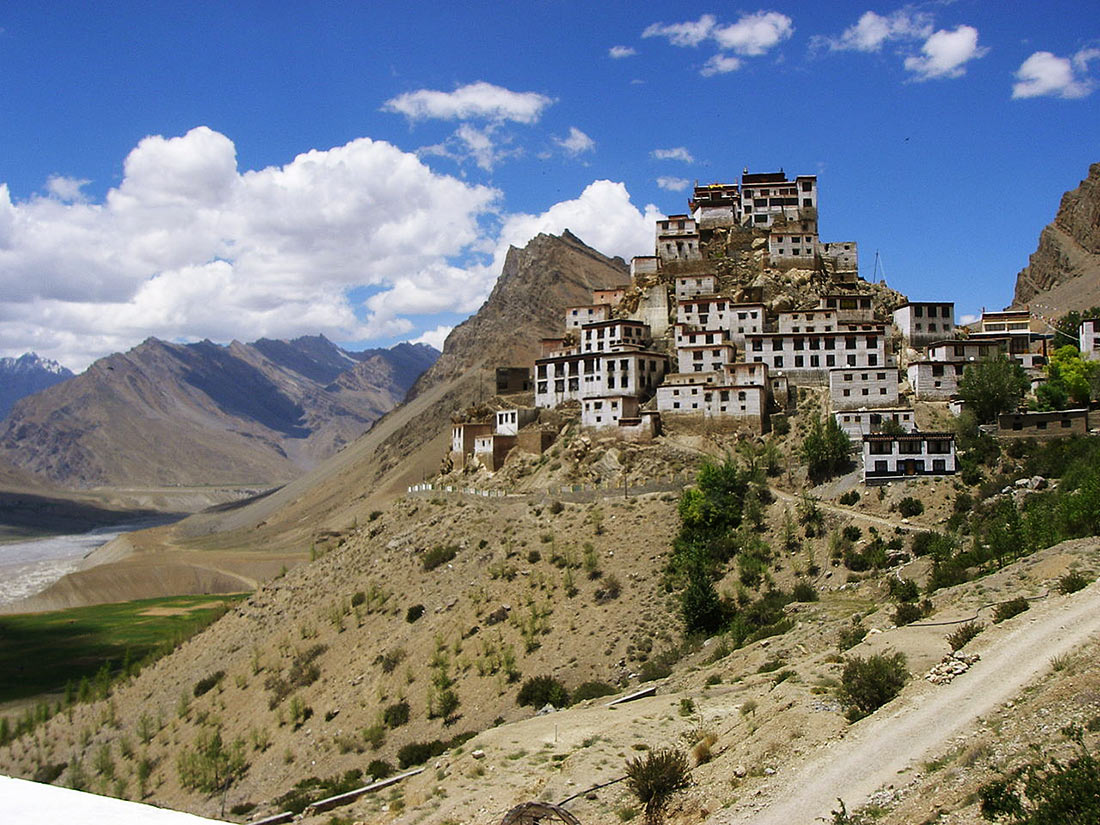 The most beautiful islands: 15 unique places to see at least...