Home Destinations America Lençóis Maranhenses National Park: one of the most unusual places in the...
DestinationsAmerica

Lençóis Maranhenses National Park: one of the most unusual places in the world!

Brazil is famous all over the world for its bright colorful carnival (and, of course, curvy girls!), the iconic beaches of Ipanema and Copacabana, large megapolises and natural attractions. Among the latter, a special place takes the Lençóis Maranhenses National Park, which is located on the Atlantic coast in the northern part of the country.

Lençóis Maranhenses is the most unusual desert in the world. It is located close to the equator near the Atlantic Ocean 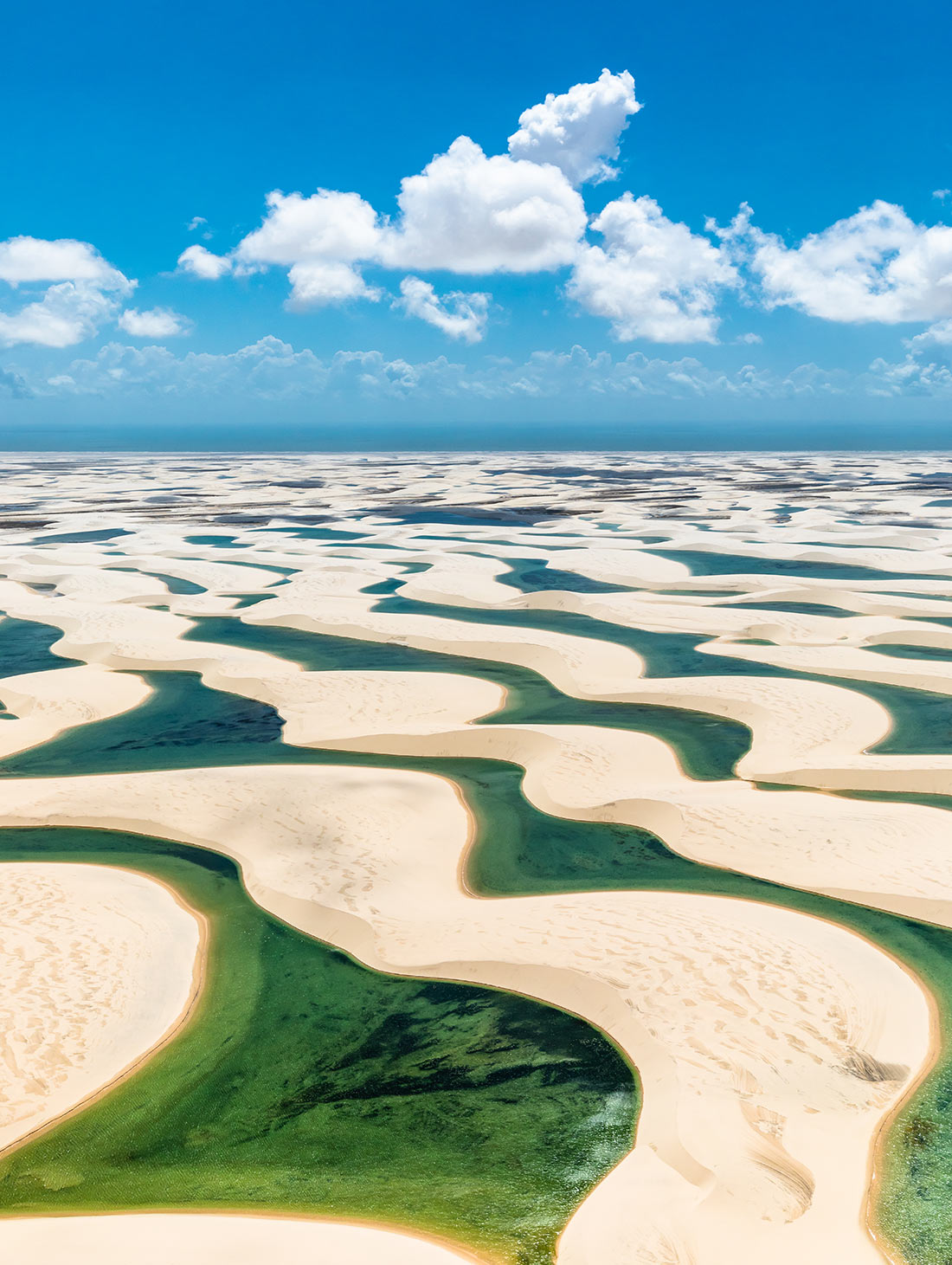 At first glance, it might seem that has no differences comparing to other deserts. But in fact it really has! 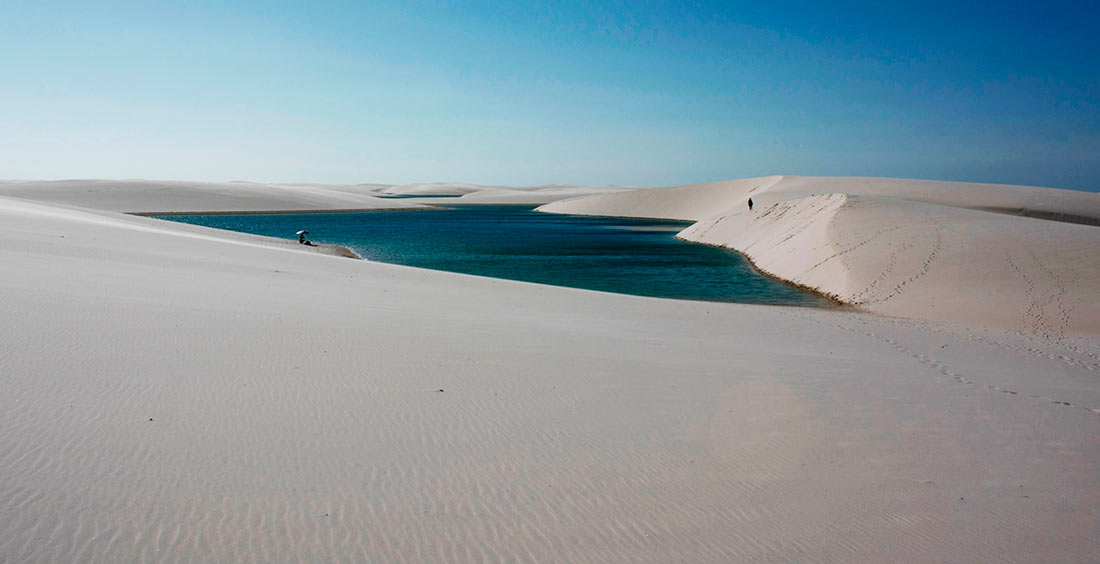 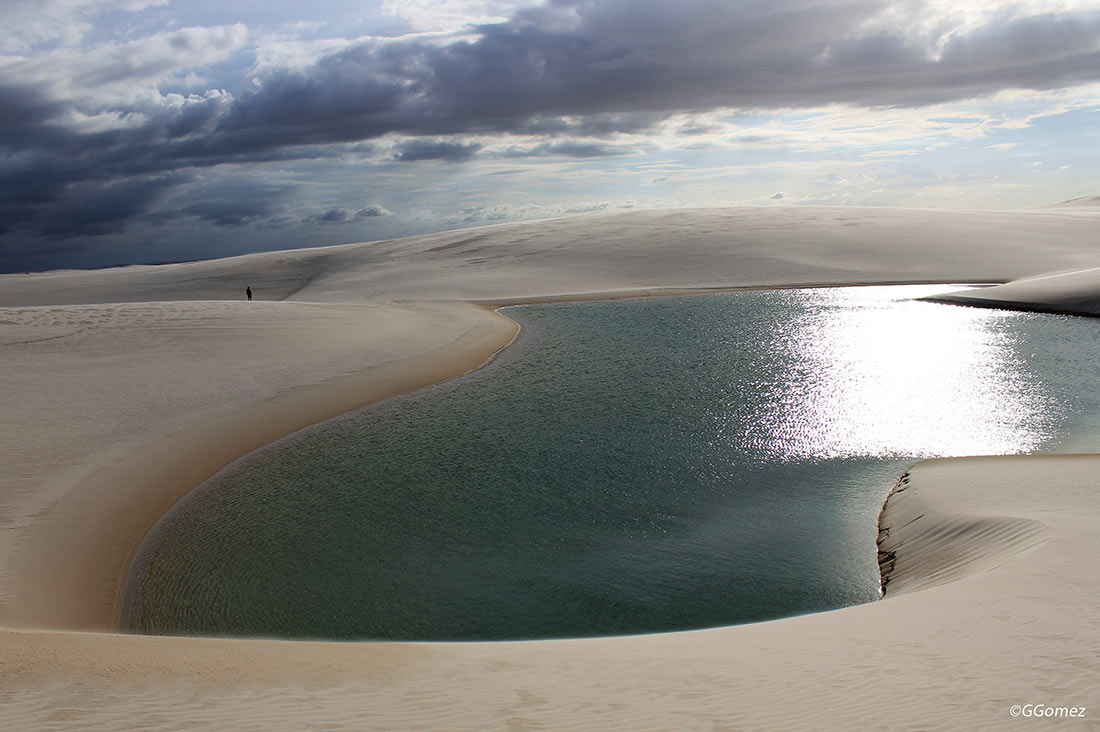 The territory has absolutely no vegetation and is covered with sand dunes instead, the height of which in some places reaches forty meters. The Amazon River basin is not far away, so rainfalls in Lençóis Maranhenses are not so rare. It rains 300 times more during the season than in the famous Sahara. The water has no time to absorb, and as a result, small lagoons with turquoise, blue and green water mirrors appear between the snow-white peaks.

This fantastic landscape, which stretches to the horizon, is simply mesmerizing! 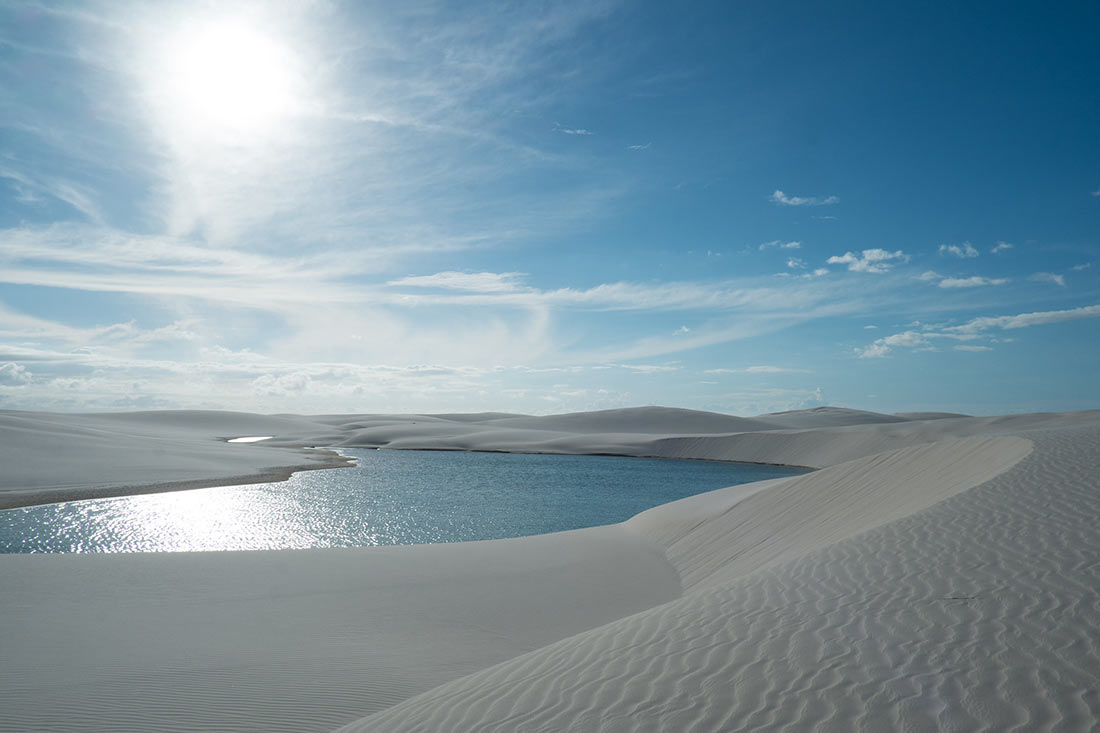 The desert may seem lifeless, but still, it has its inhabitants. Crabs, shrimps, turtles, and fish, whose eggs are brought from the ocean by birds, are found in the lagoons. Not far from the national park the town of Jijoca de Jericoacoara is located, whose inhabitants earn their living by fishing in the desert. When drought sets in, locals move in neighboring regions to find a job.

Most of the sand is in motion, which creates bizarre patterns on its surface. The reason is simple: there is an ocean nearby, which causes strong winds in the desert 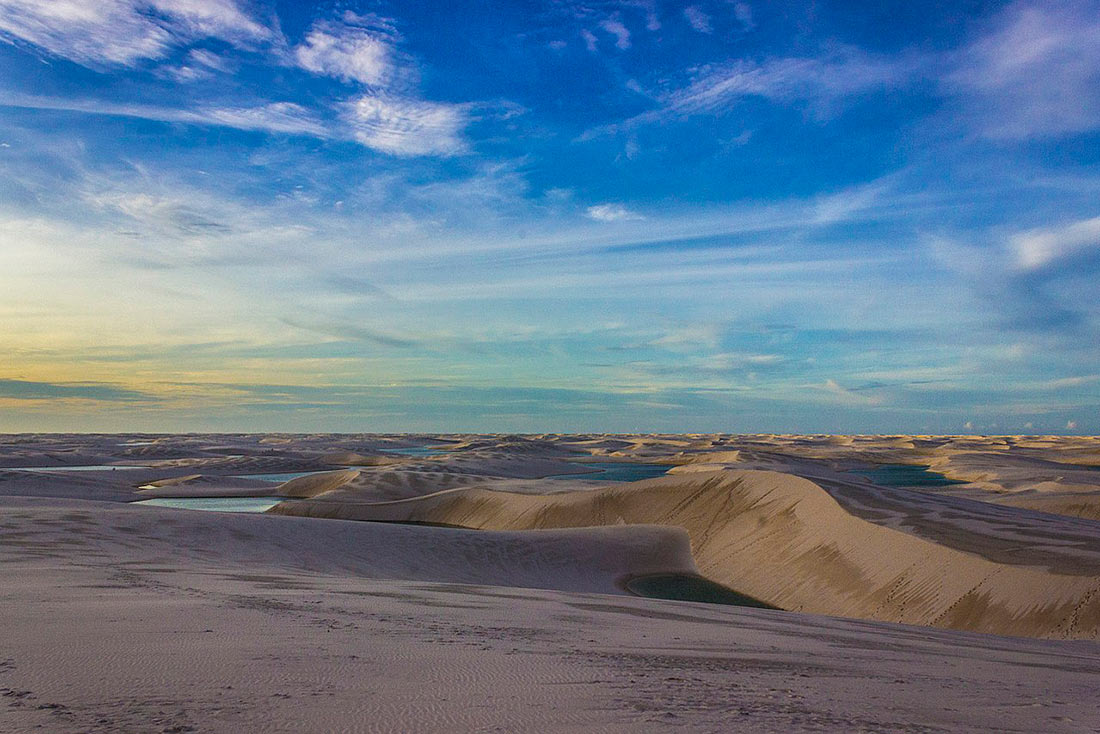 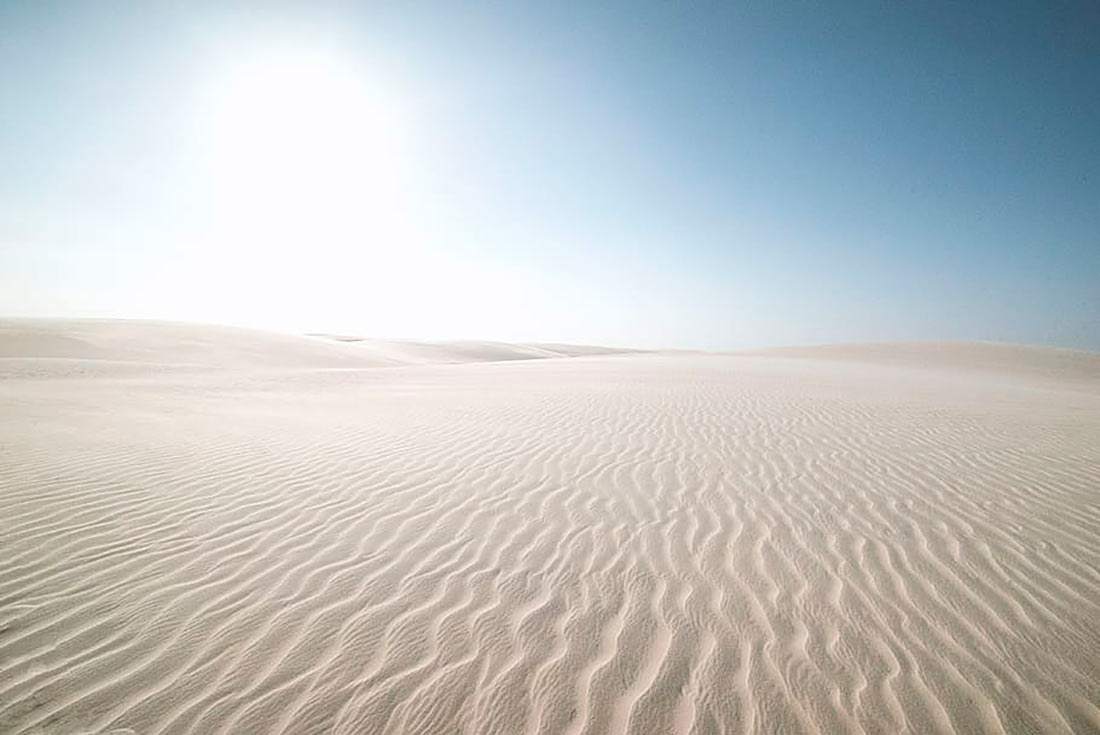 The Lençóis Maranhenses Desert was formed many thousands of years ago. The river carried quartz from the mainland, which was gradually deposited at the mouth. Sea currents and frequent winds also gradually transferred crushed quartz back, so the plain began to turn into a desert shining with whiteness.

Silky sands and snow-white oases of turquoise lakes… This is one of the most unusual places in the world! 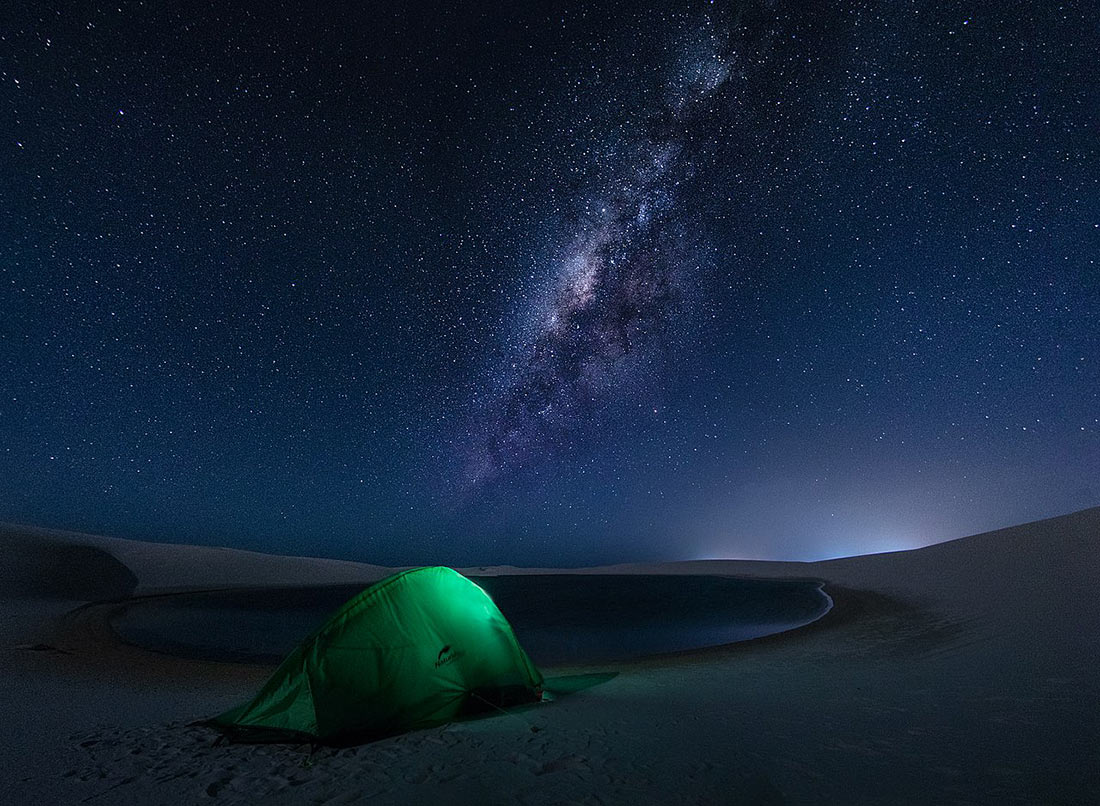 In 1981, the Lençóis Maranhenses Desert became a National Park. This was done to fill gaps in the so-called Brazilian system of protected areas and to preserve samples of the diversity of natural ecosystems in the country, which should ensure the continuity of evolutionary processes. The main task of the National Park, which is included in the UNESCO World Heritage List, is to ensure the diversity and self-regulation of the environment for future generations. 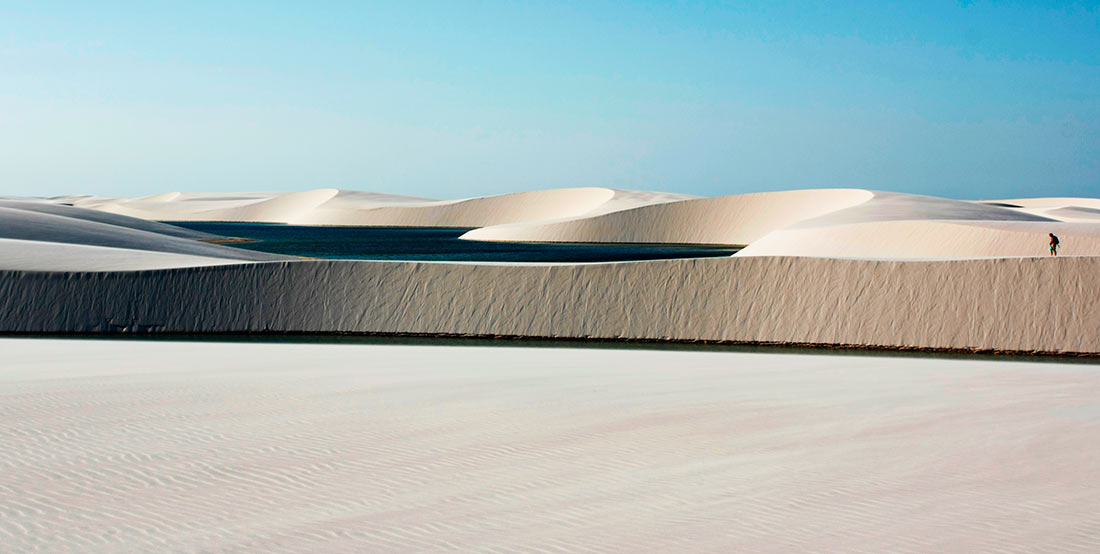 The best time to visit Lençóis Maranhenses National Park is from June to September. The rainy season will already be over, and the water level in the lagoons will be on its maximum.