On the east coast of Taiwan you may find Taroko — one of the eight national parks on the island. Its main attraction is the “Marble Gorge”, which got its name due to its abundant supply of marble. Another name for this impressive place is Taroko gorge. 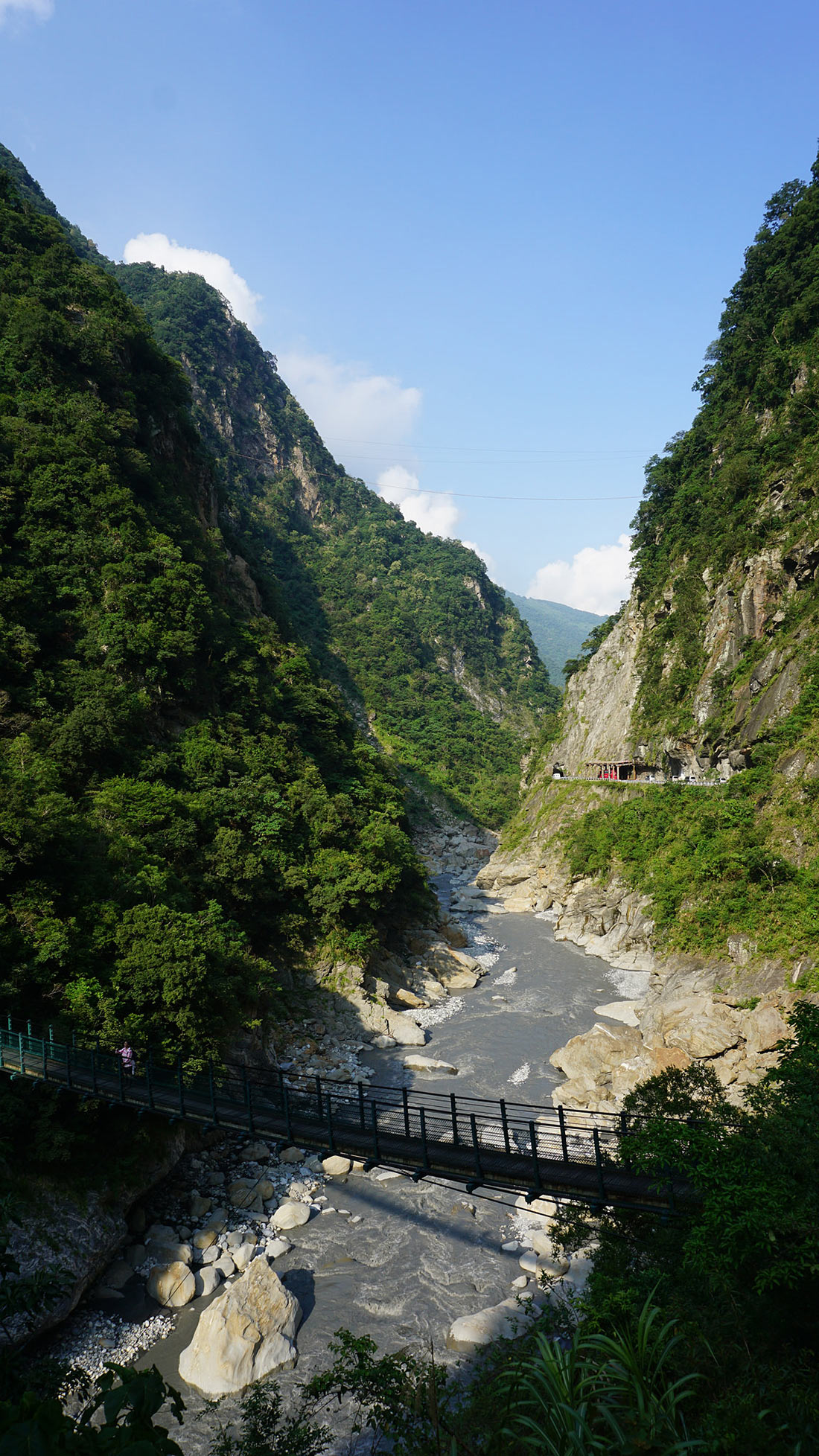 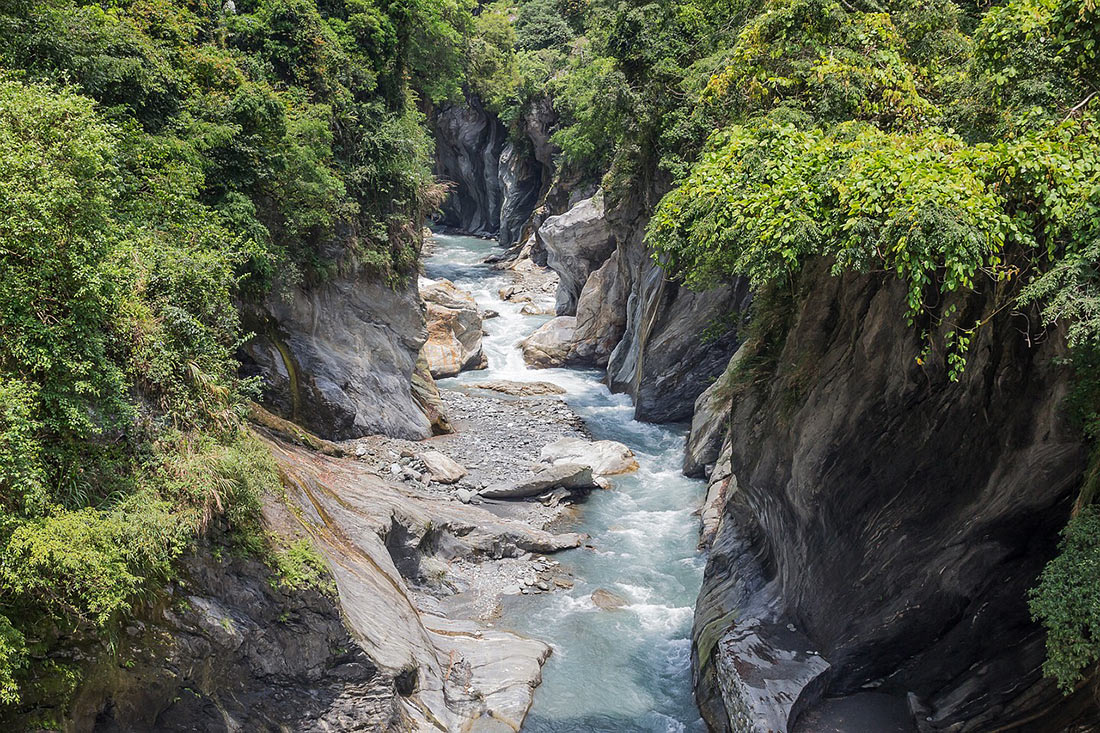 Traveling along Taroko gorge is an amazing opportunity to explore the nature of Taiwan, which is really breathtaking. The marble canyon is stretched for 19 kilometers. With its picturesque landscape, it will not leave anyone indifferent. There is a trail through the rock tunnels that leads to the jungle where wild animals live. All this is exciting and incredibly beautiful. 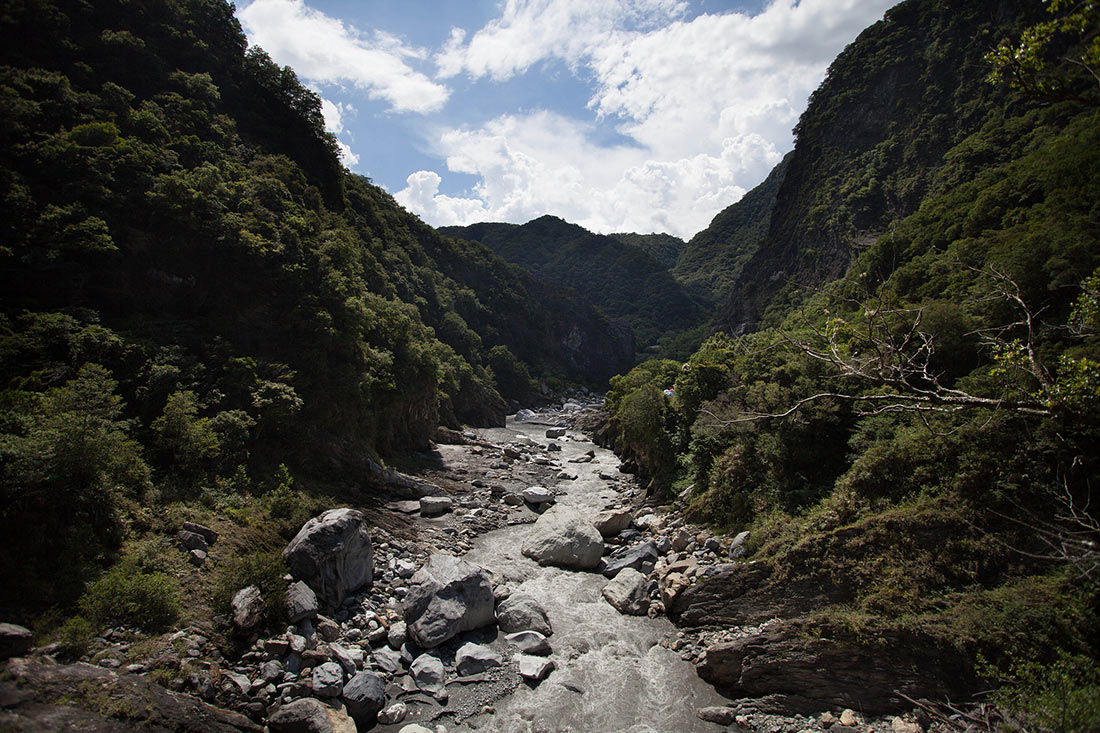 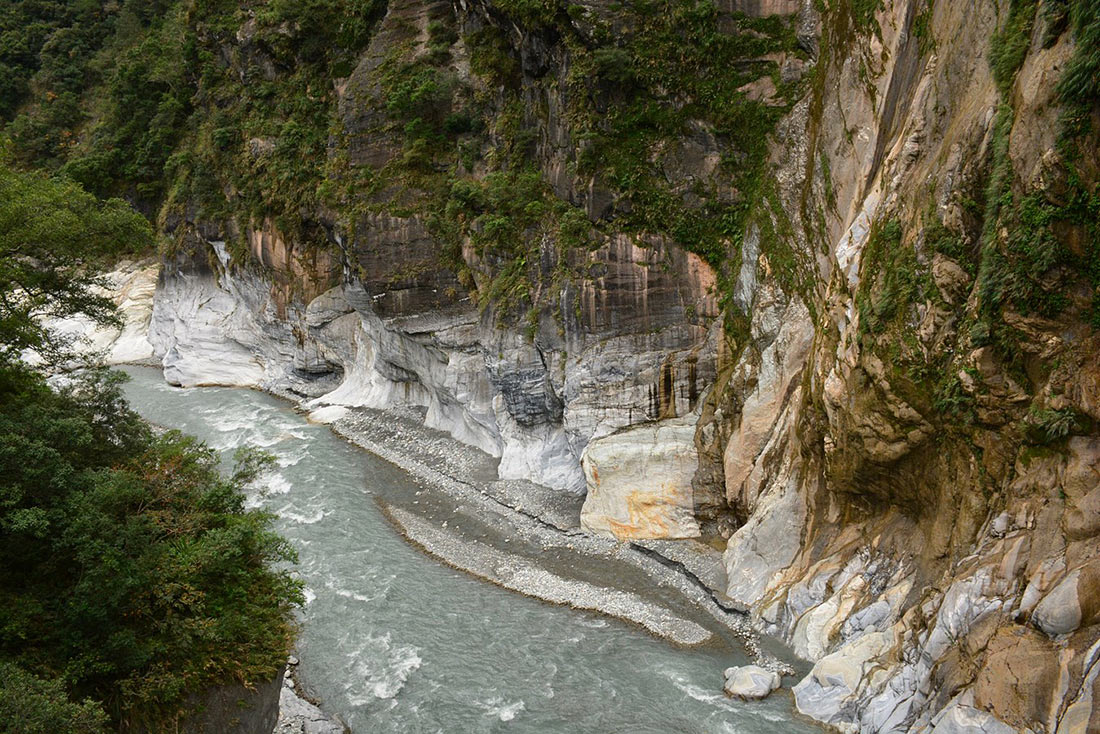 The gorge was carved by the river Liwu that made its way through the marble. Besides, the jade can also be found in this area. Serene mountains can be deceptive, because some stones are still moving! The powerful stream of the river, together with waterfalls, create incredible beauty around. It’s really a gorgeous place! 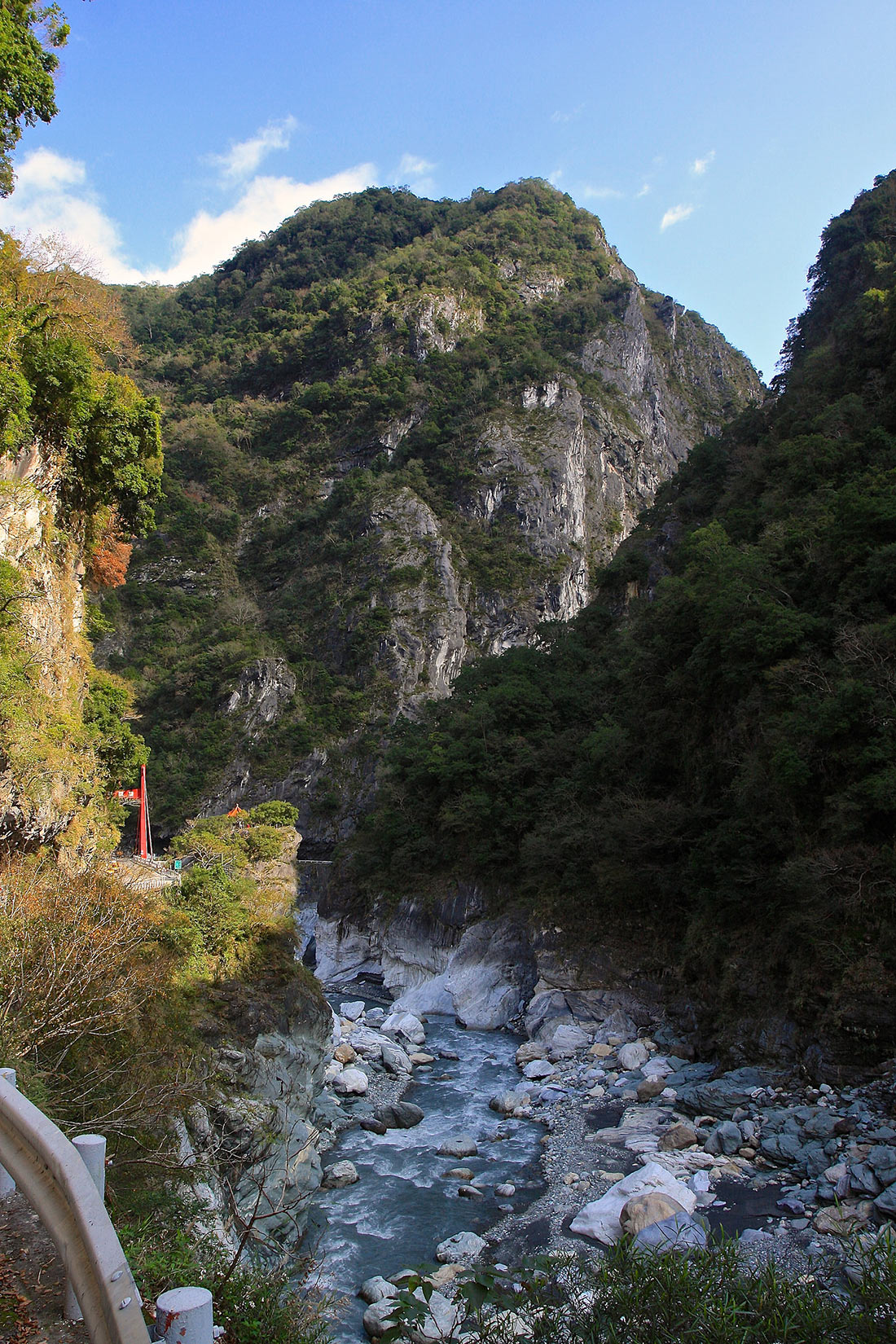 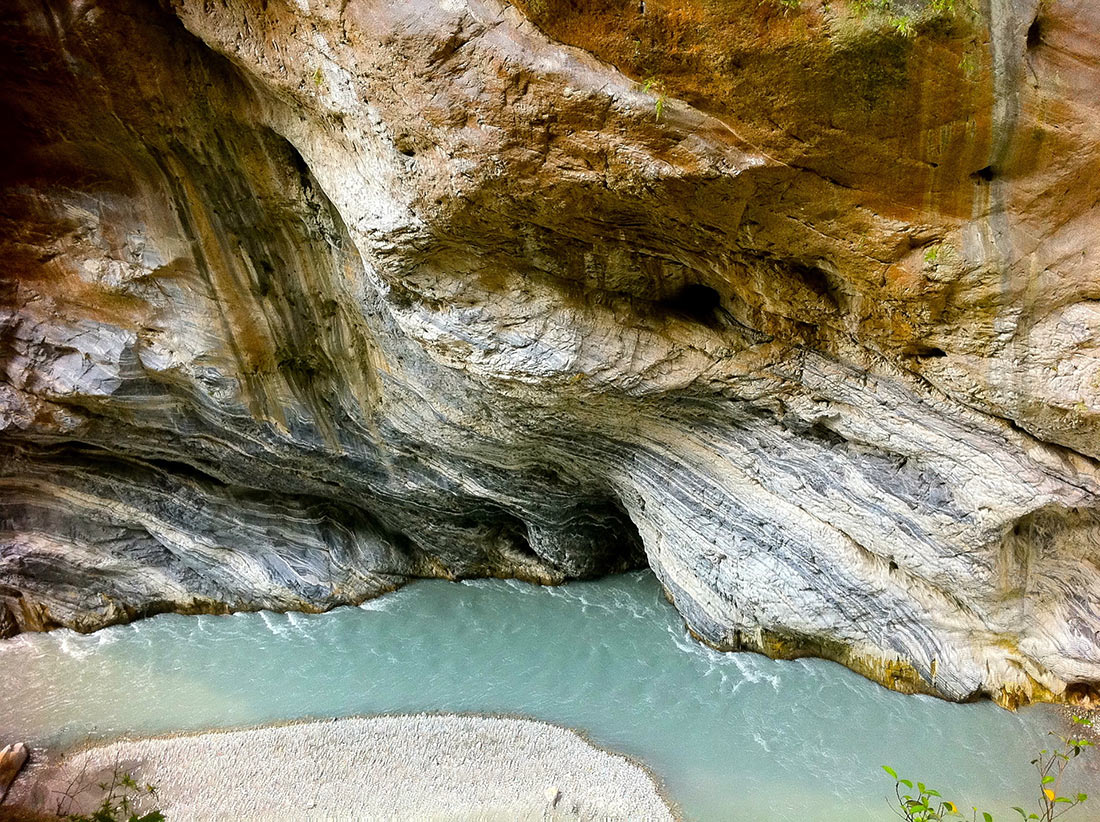 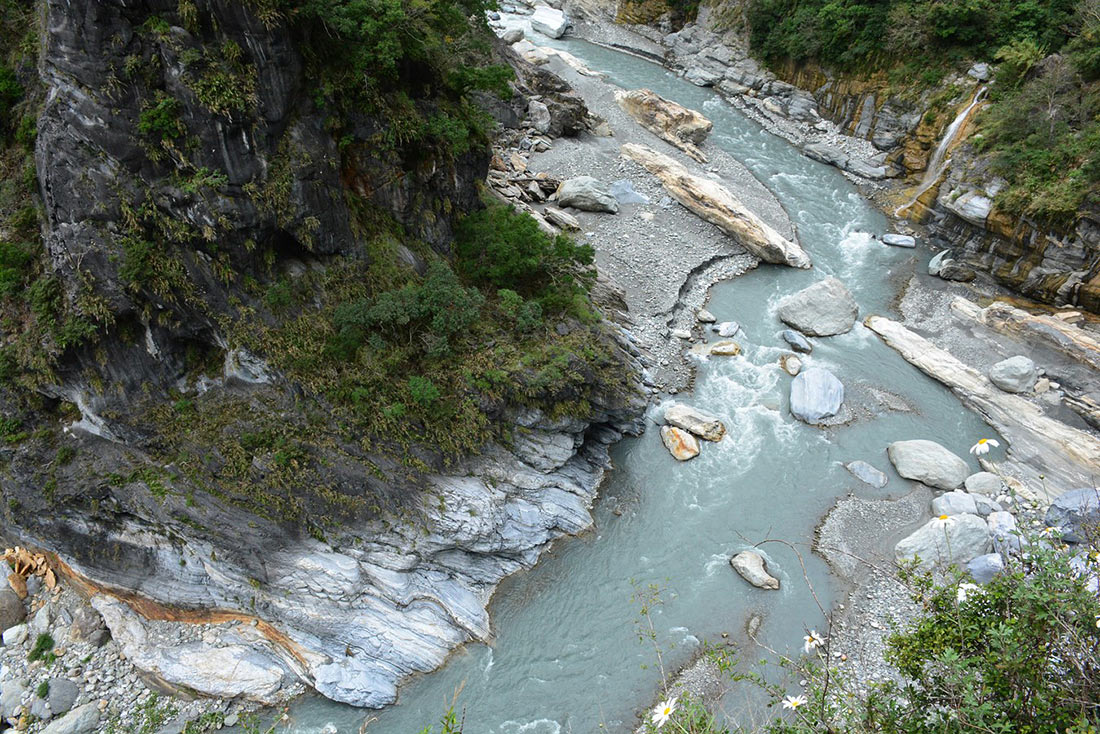 In the 1950s construction of a road through the tunnel started. Until that time, only one trail passed through it. Now it is a modern mountain road with numerous hairpin turns. One of its most popular places is the tunnel of the Nine Turns. Today this part of the route is exclusively pedestrian, but not too long ago it was opened for cars as well. Can you imagine that exciting drive on the edge of the gorge?

On one side of the gorge you will find a tiny village, which is famous for its suspension footbridge. During an unforgettable trip you can also see a monastery and the ancient settlements of local people. 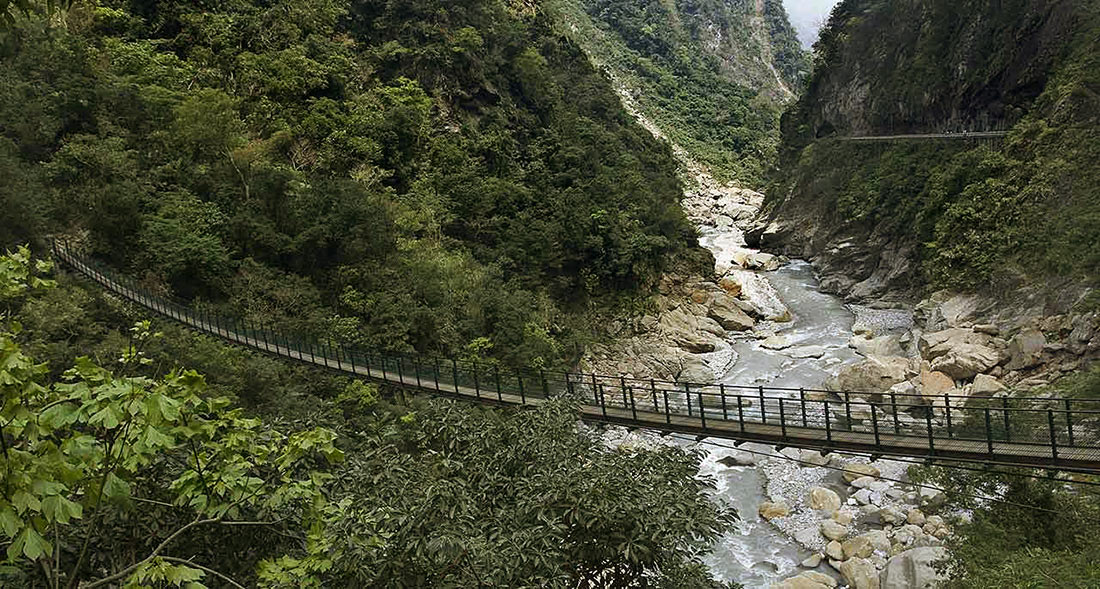 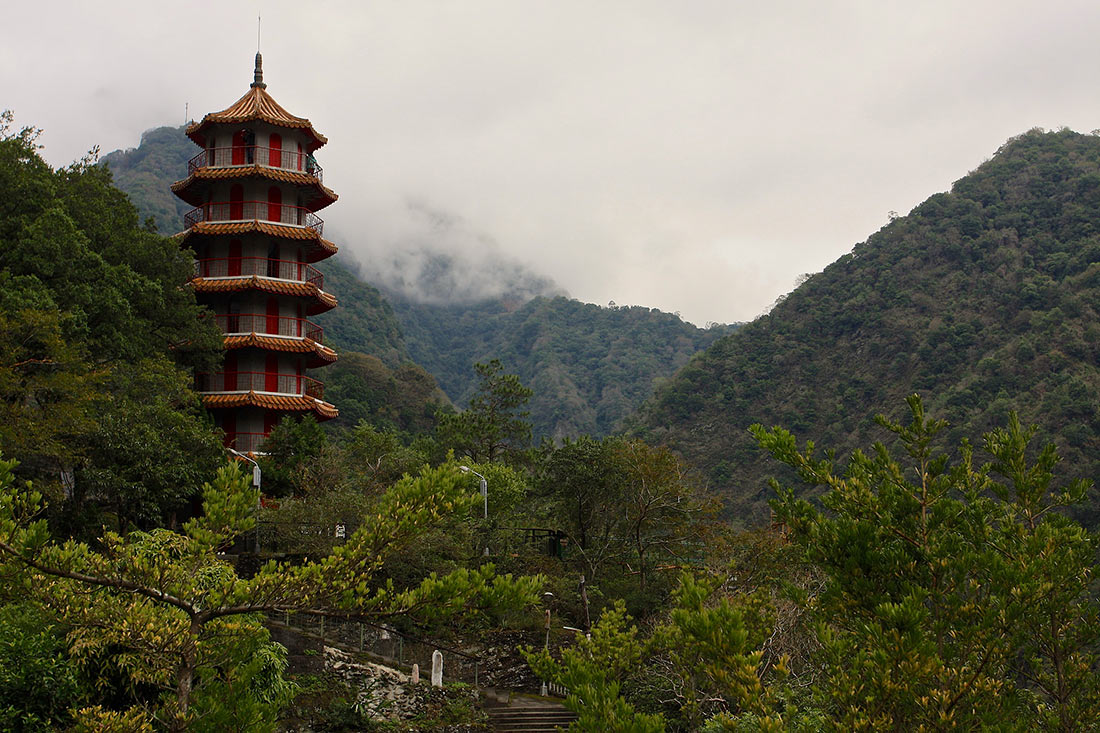 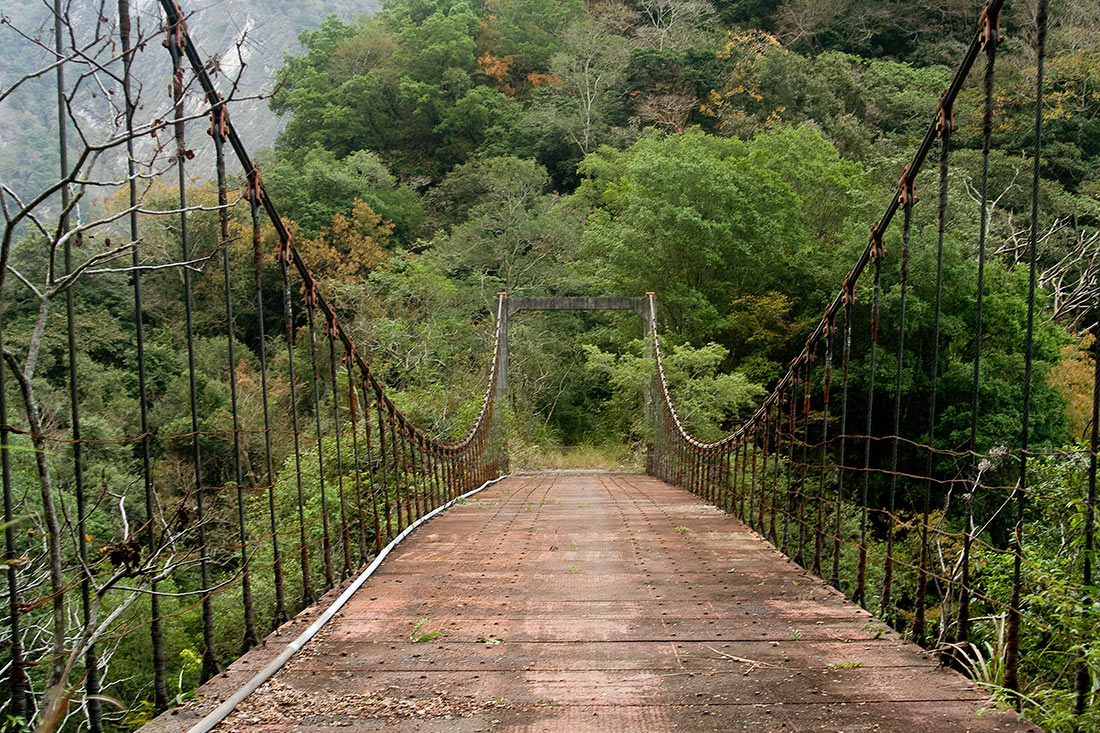 Taroko means beautiful. What a perfect name for the park, which attracts many tourists who are ready to discover the amazing local nature! You may choose any route for hiking, but all of them will lead you to Taroko gorge and to spectacular waterfalls. Along the route your breath will be taken away with stunning views. 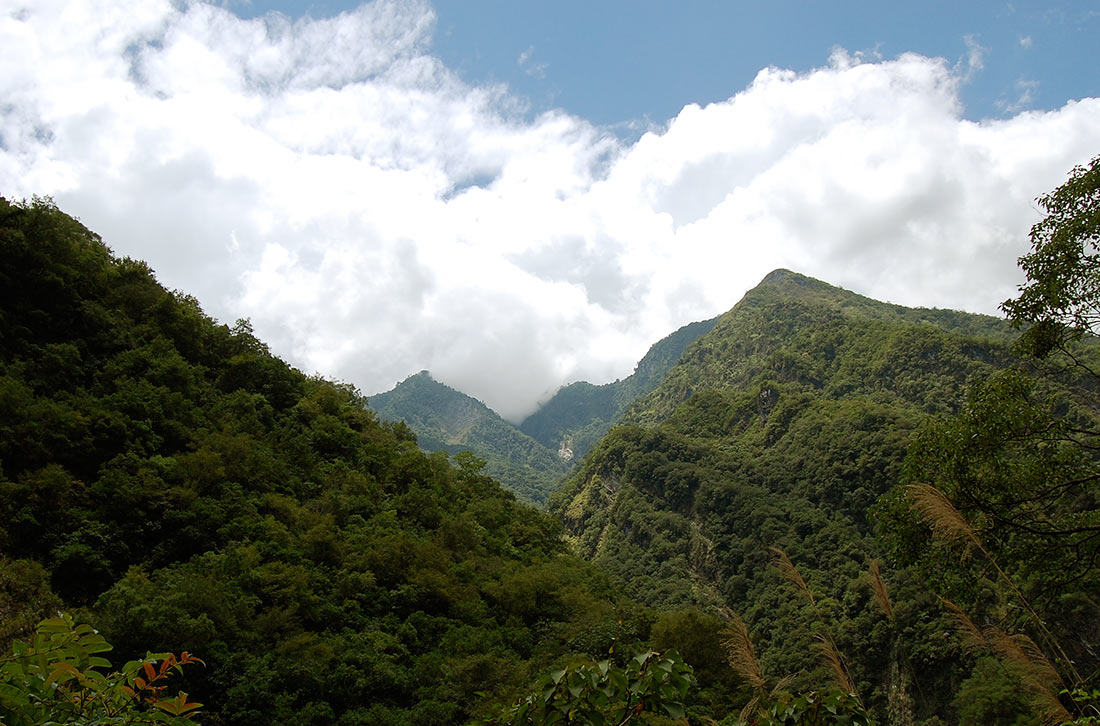 This part of the island undergoes seismic activity. Landslides and floods caused by typhoons are not rare as well. After another heavy rain, mountain streams flow down the cliffs. Nevertheless, in Taroko gorge you will find this place amazing and will never get bored admiring the grandeur of nature. The climate here is warm all year round, but note: the season of rains lasts from March to May. 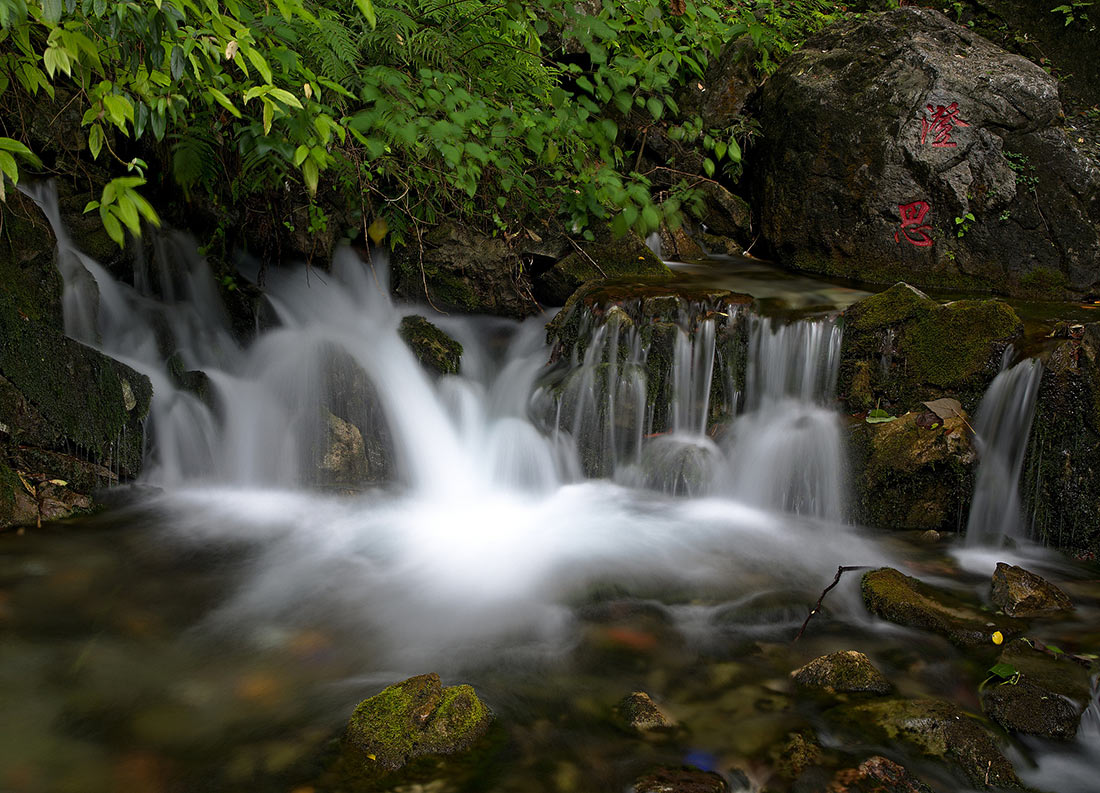 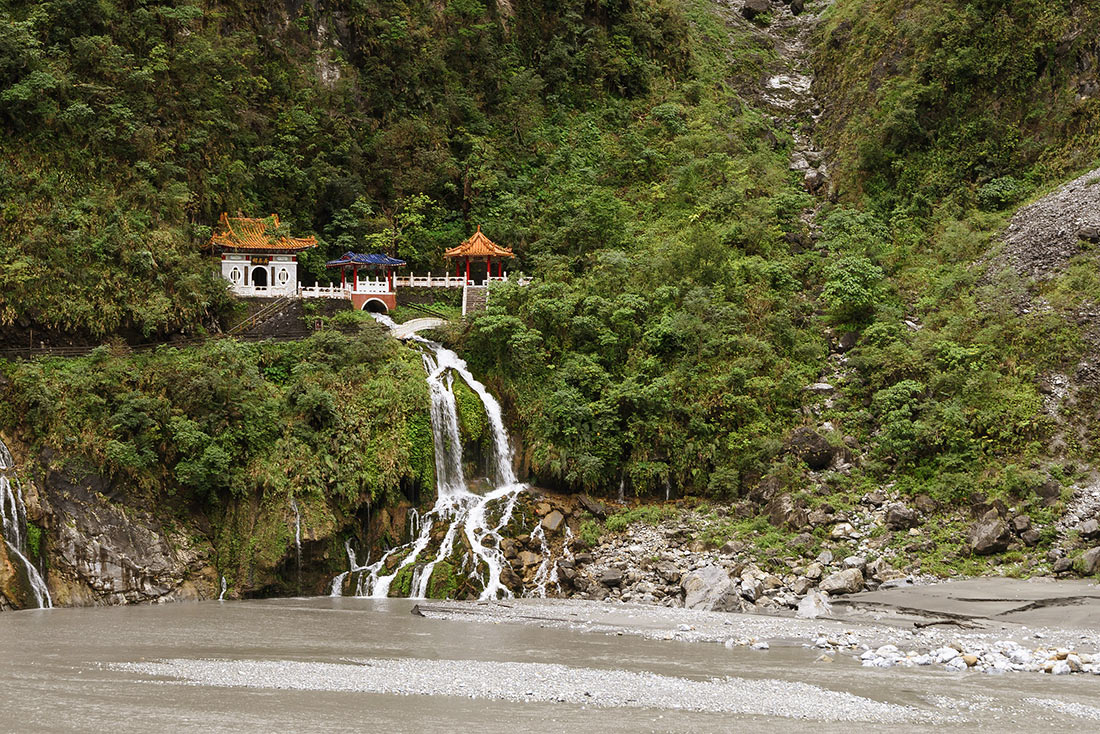 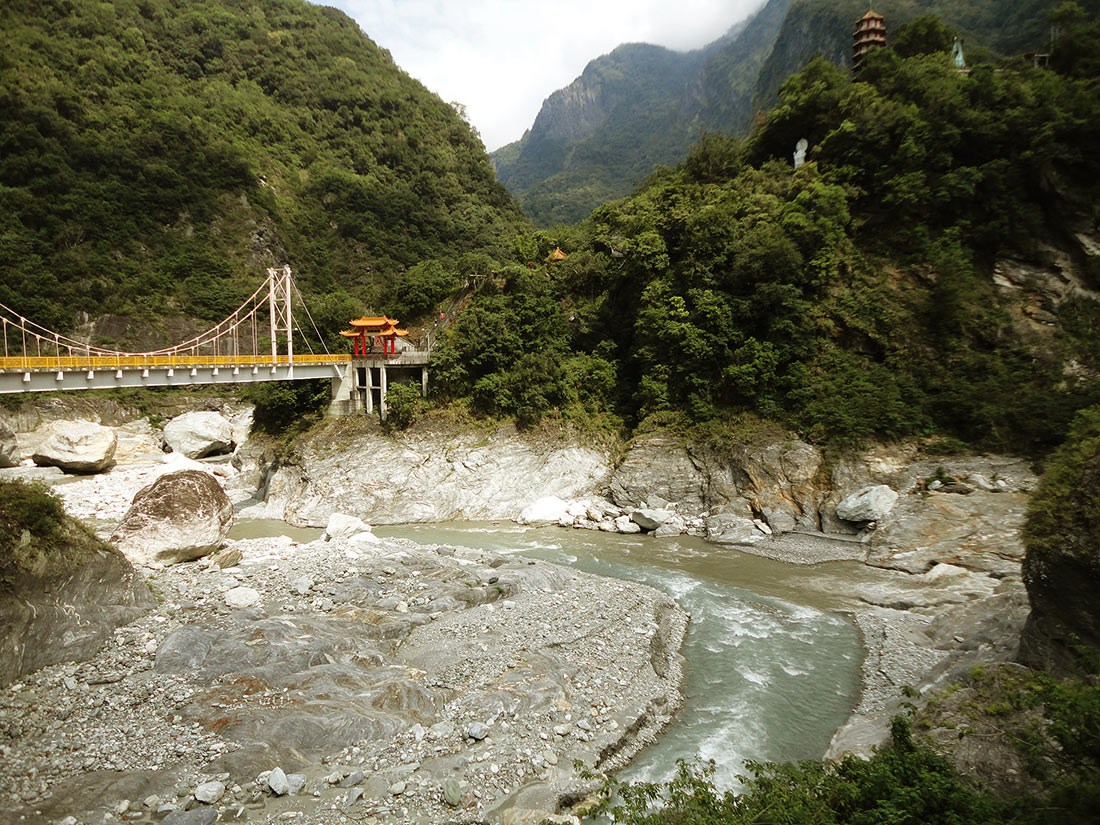 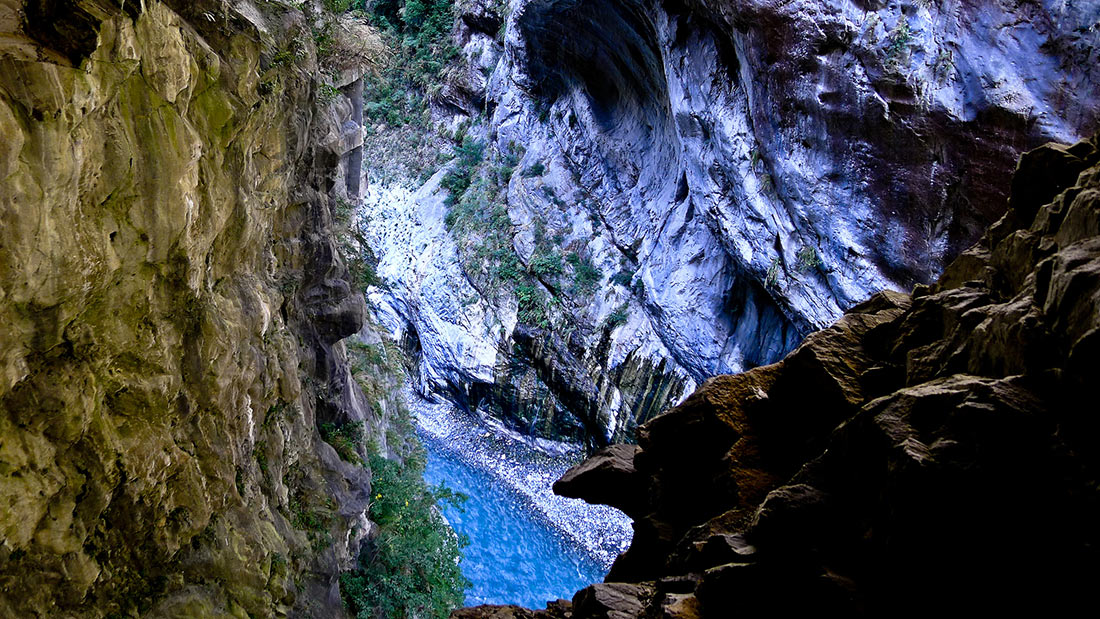