Home Destinations In medieval Bologna there were so many towers that it looked like...
DestinationsEurope

In medieval Bologna there were so many towers that it looked like modern New York! That is what they were built for…

We all know that Bologna is a city of students. This is because there are many educational institutions here, including the world’s first university. Lots of famous dishes were created in this city. The feature of Bologna is red color: most of the buildings are made of red brick. However, this amazing city has one more feature. Once upon a time there were lots of towers that looked like real skyscrapers. But who has built the towers of Bologna and what for?


In medieval Bologna one could count 100 towers, built just a few meters from each other 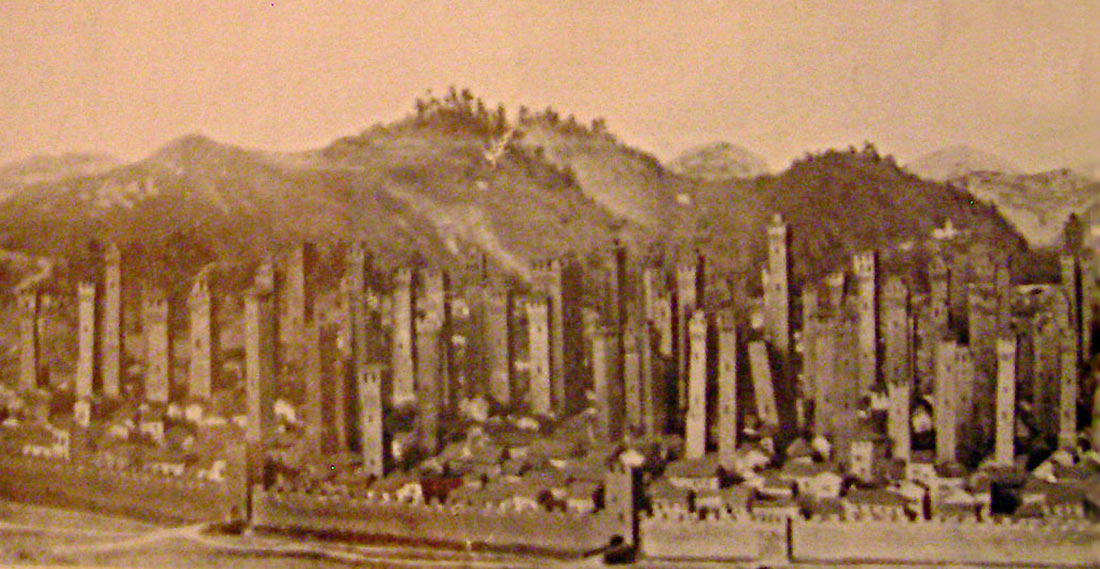 It looks like medieval Bologna reminds modern New York. But who owned these towers, and for what purpose they were built?

Mostly, the towers were erected in the period from 1200 to 1300. According to some historians, there were 180 of them, but according to other studies, their number varied from 90 to 100.

The purpose of the towers hasn’t been specifies yet.

The towers were built by noble families who lived in the city. Probably, this construction was their way to demonstrate the wealth and power of the family. One of the most probable hypotheses states that the main mission of the towers was to attack and defend against enemies. After all, the Middle Ages was a turbulent period, which is known for its battles, especially between the Papacy and the Holy Roman Empire. 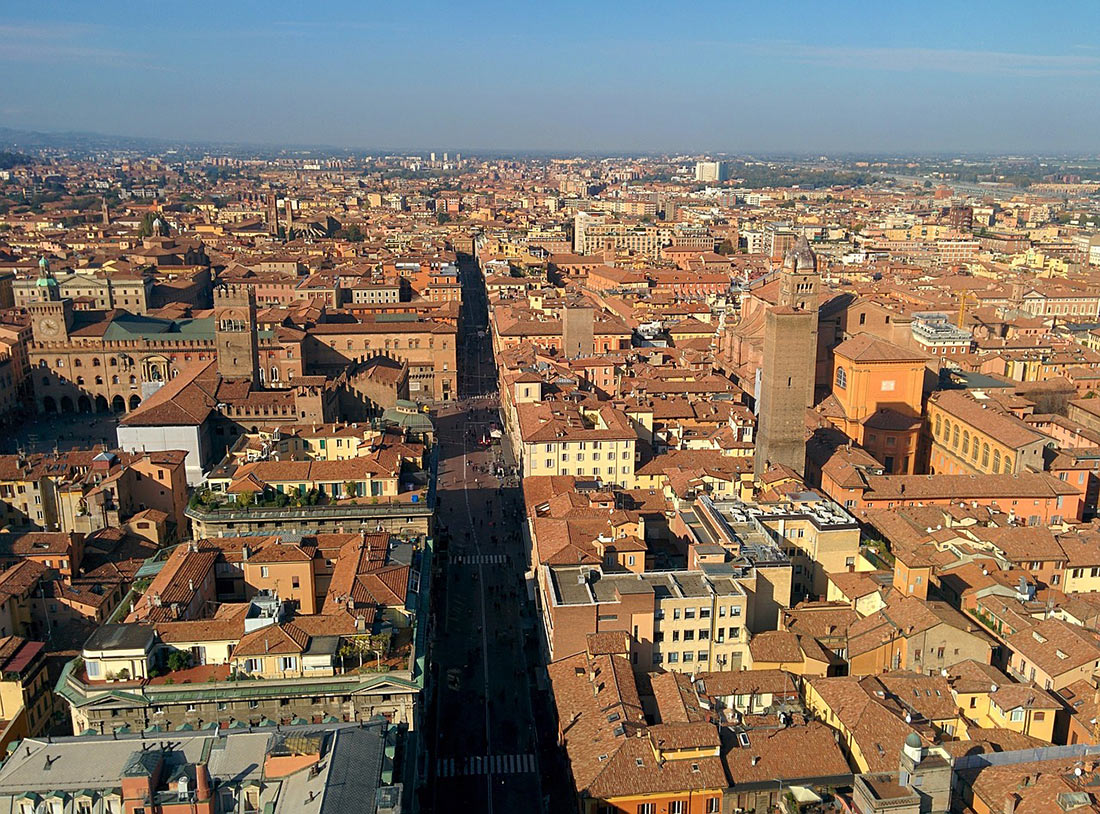 Scientists stand that the towers were not used for living. At least, they were not built for housing. Later, there were warehouses and prisons inside, and certain ones were in some way used for living. 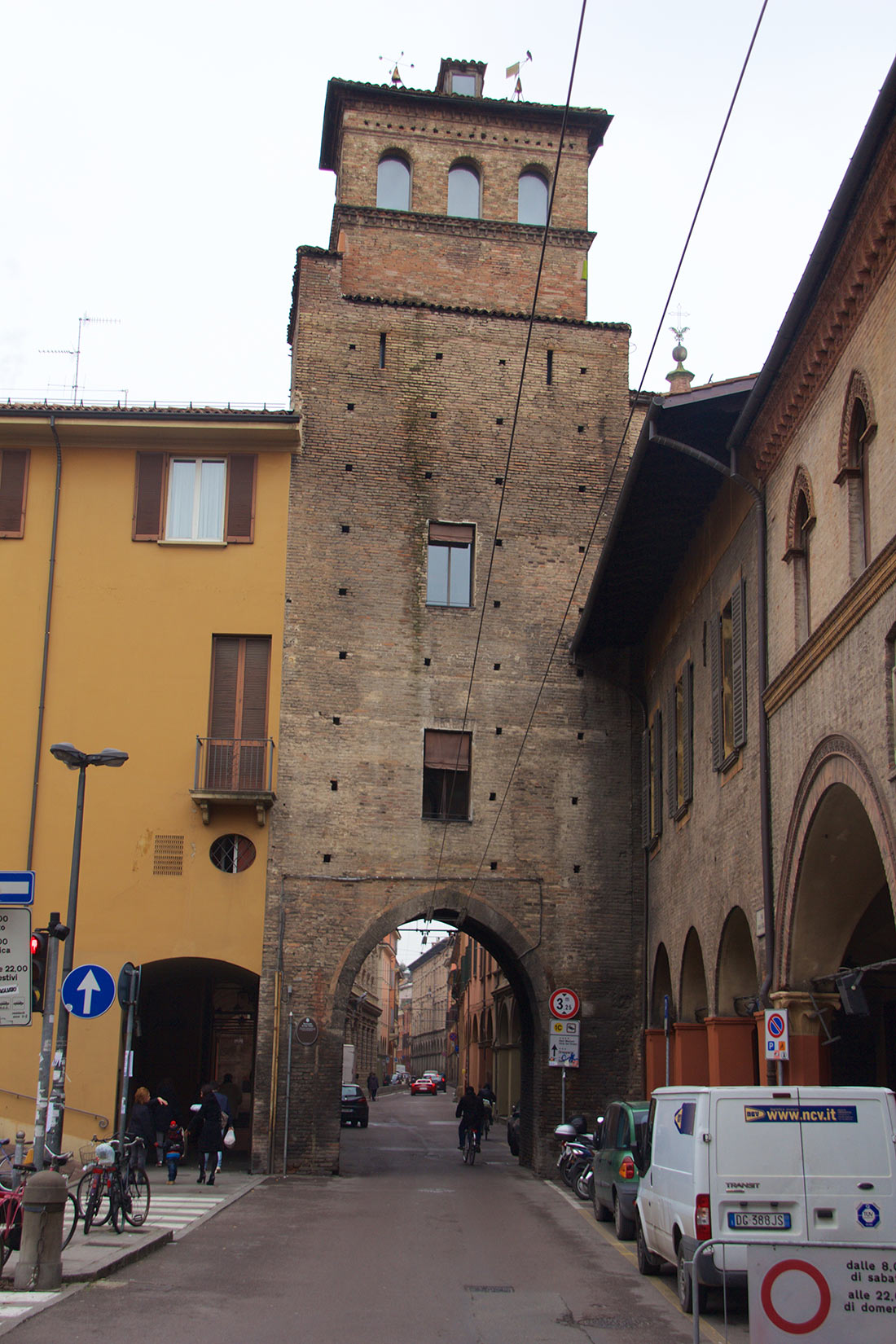 The life of the towers was rather short. Some of them were soon destroyed, and others were shortened for security reasons 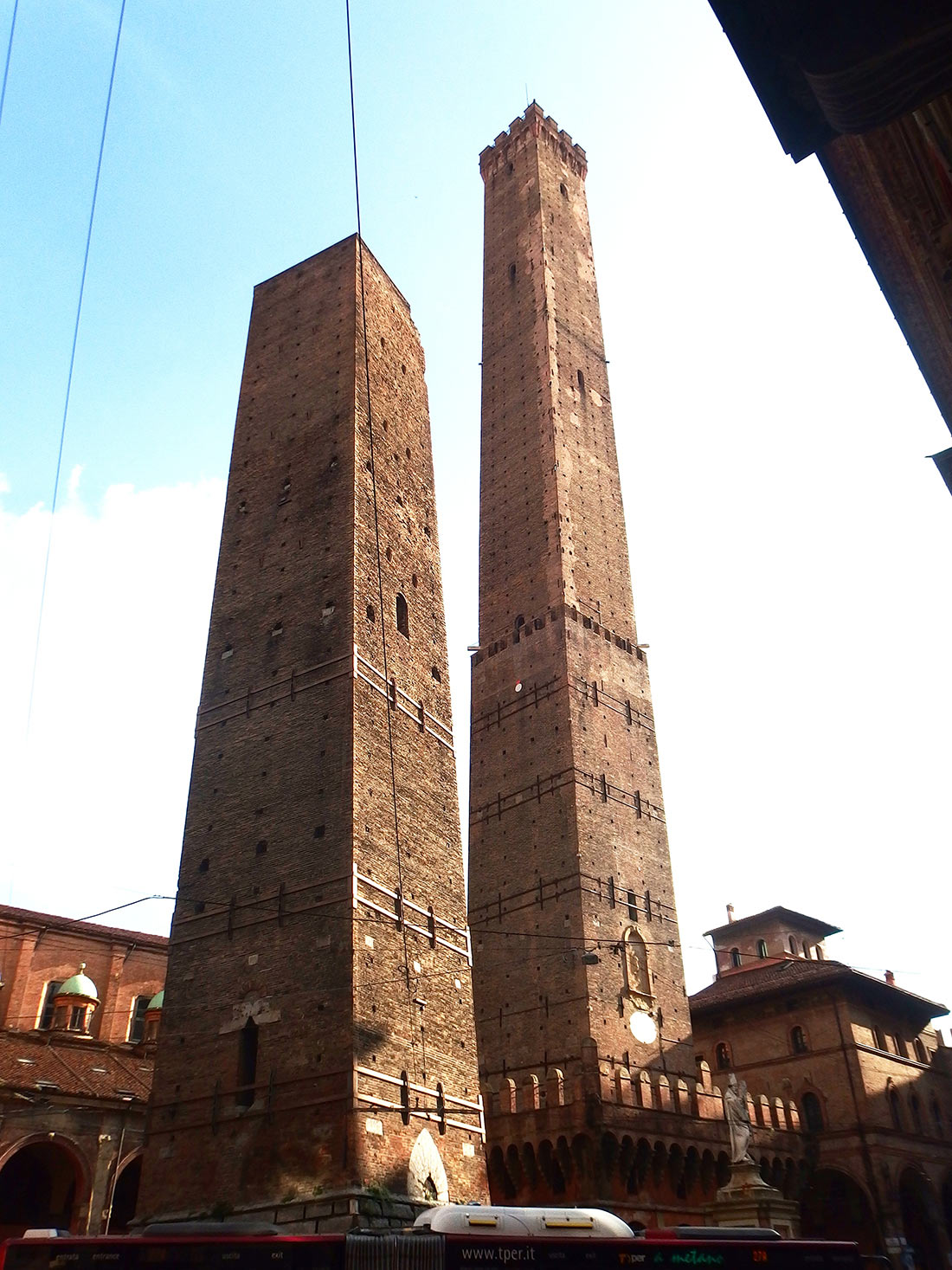 The last destruction took place not so long ago. In 1918 the tower of Torre dei Conforti was demolished, and in 1919 two others — Torre Artemisi and Roccadonna 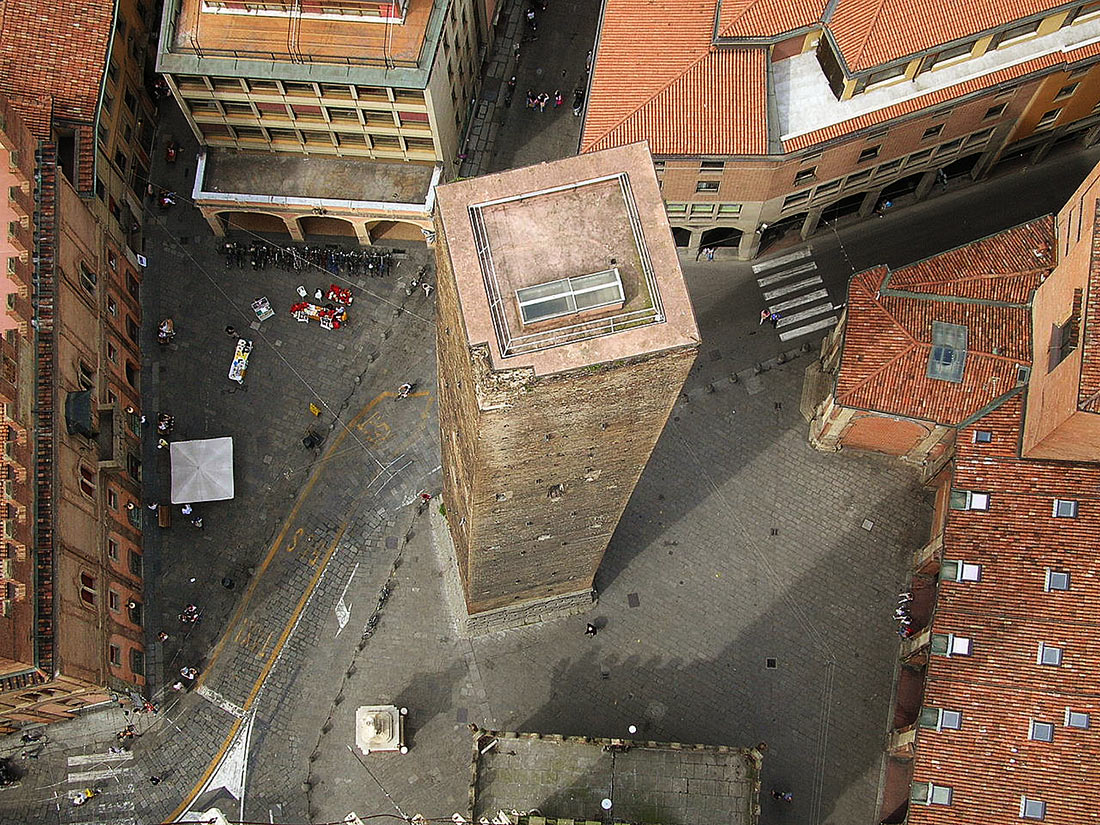 Just about 20 out of 100 towers have remained. Among them are the symbols of Bologna — the Asinelli Tower (97 m high) and Garisenda Tower (48 m high) 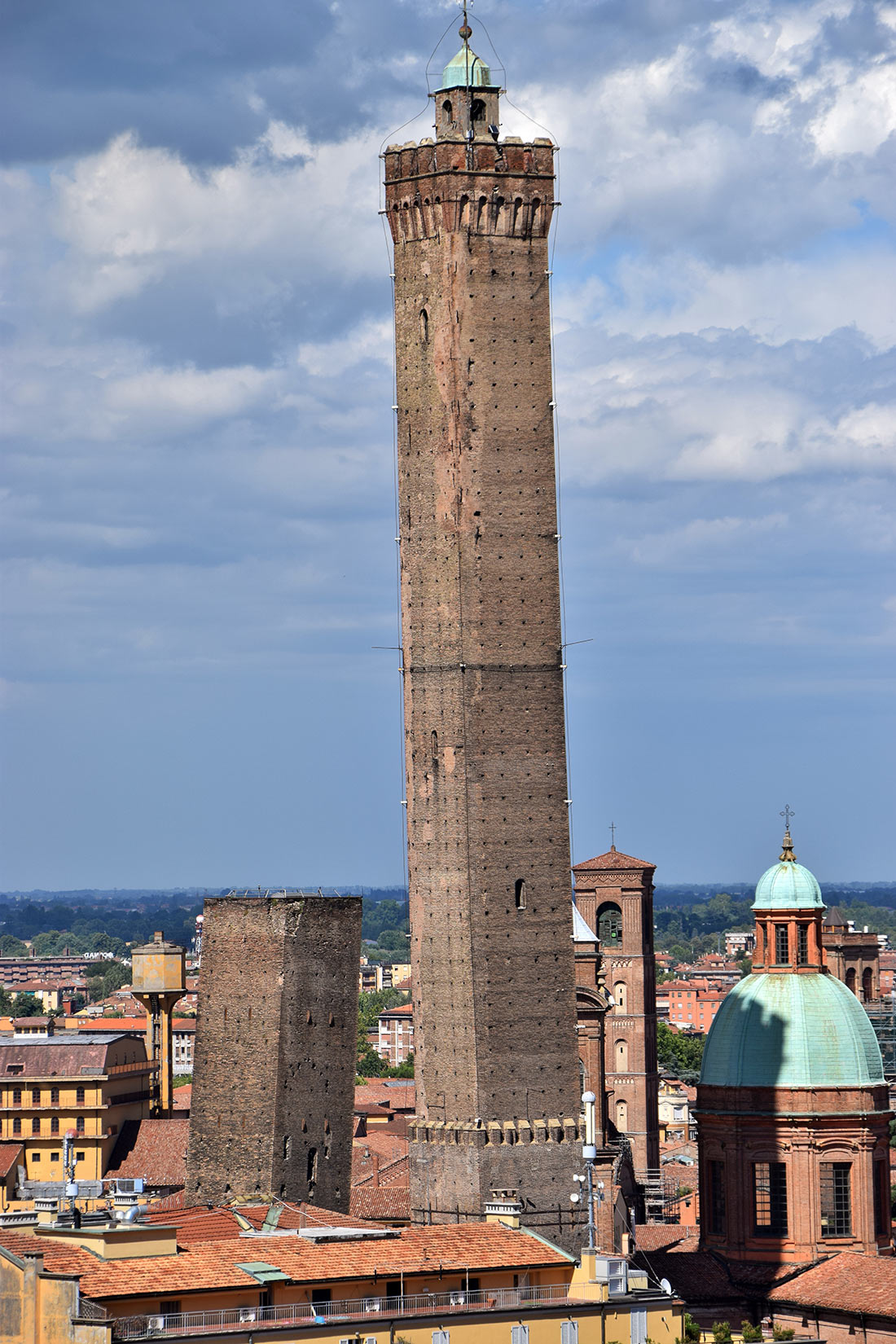 That is how the famous Asinelli Tower looks inside: 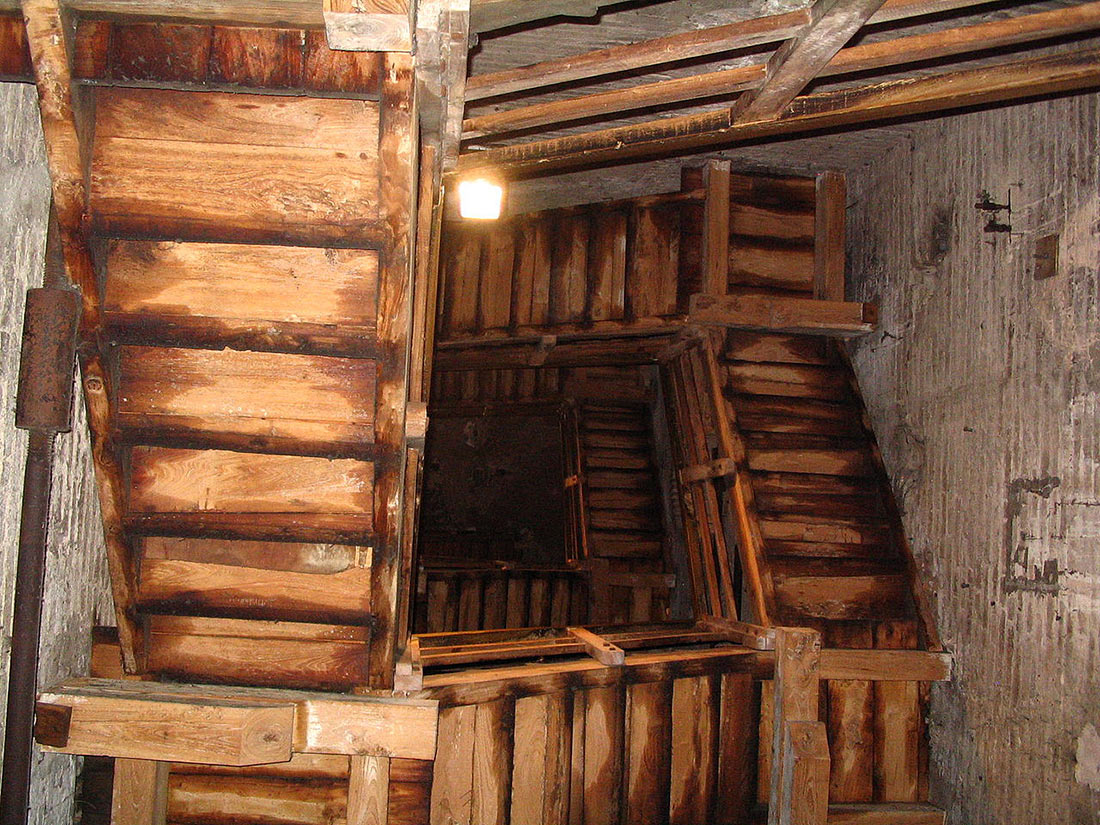 People say that if you compare the view of medieval Bologna with the view of modern New York, most likely the Italian city will win. And what do you think about it?