Unique green Papakolea beach is located in Mahana Bay, near South Point on the Big Island. This is one of only two beaches in the world that is covered with unique green sand. The second green beach is also in the United States. It is located on the island of Guam and is called Talofofo.

Papakolea is a beach of volcanic origin, and to see it, you need to make some effort. It is quite difficult to get to it: you need to spend about 4 hours on it, first obtaining a special permit. The visit is not free, but not very expensive.

The road to the beach looks like a real idyll. But the most interesting is ahead!

Choosing the right path is not an easy task… 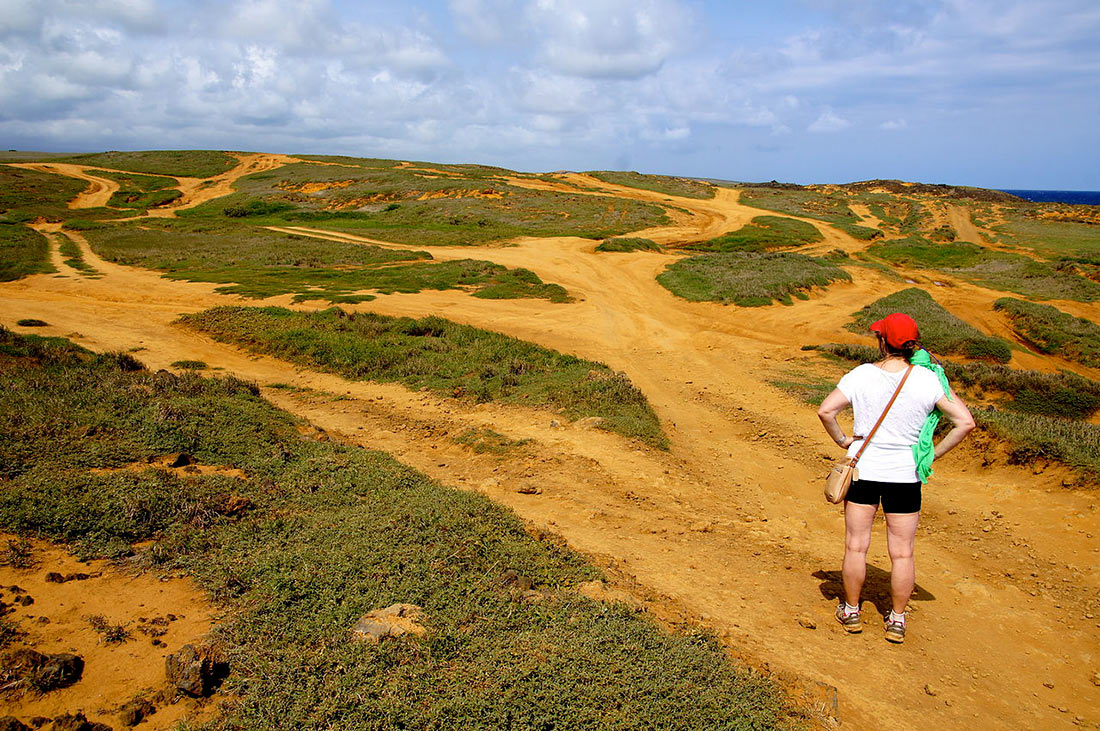 This emerald beach is surrounded by cliffs on three sides and the Pacific Ocean on the fourth. The beach owes its color to the mineral chrysolite, which is also called olivine, mixed with volcanic sand. It is a gemstone composed of iron and magnesium silicate. Due to the connection of these elements, the stone can take on different shades of gold, pistachio, yellow, brown or olive green. And it can also have the color of fresh spring grass.

At first glance, Papakolea Beach may not impress you

But it is worth taking a closer look, and it becomes clear that there is a real treasure under your feet. 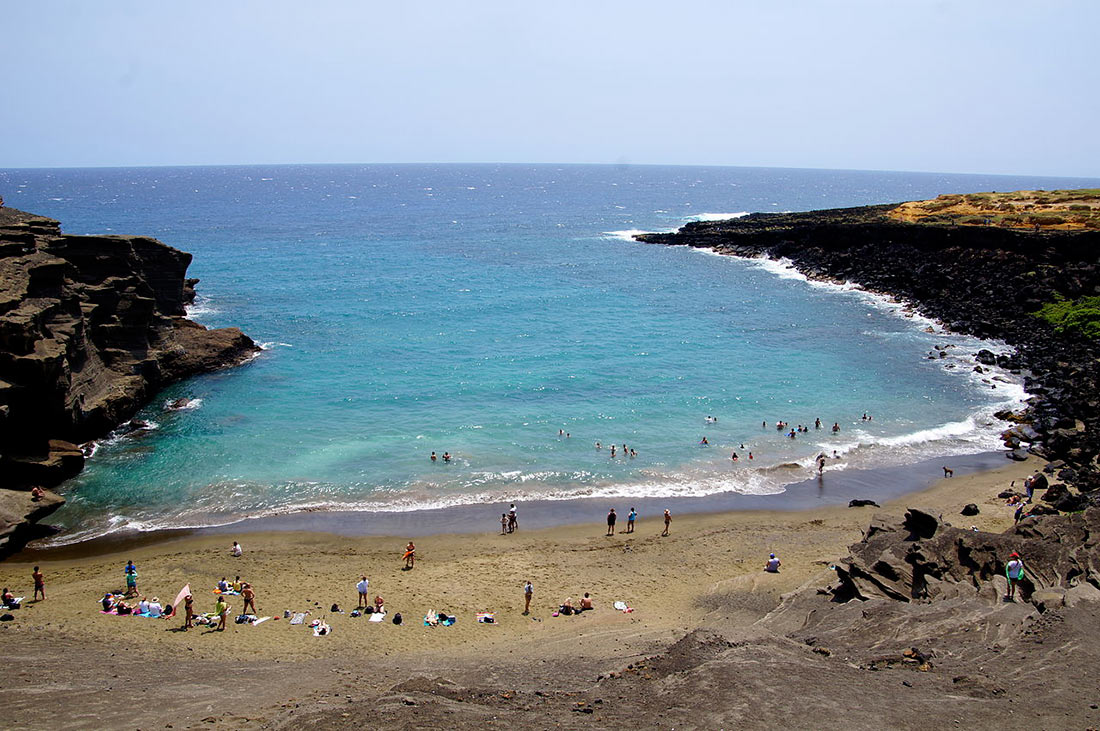 Around the beach there are signs that warn that taking sand from the beach is strictly prohibited. Only in this unique place you can literally run and sunbathe on precious stones that are widely used in the jewelry industry. The rocks surrounding the beach contain fairly large deposits of chrysolite, which is also called the “Hawaiian diamond”. The green shade of the stone depends on the amount of iron in the crystal. This precious beach will not leave anyone indifferent.

Papakolea Beach owes its unique color to chrysolite – a precious stone, which is also called the “Hawaiian diamond”

Сhrysolite crystals look like this in a piece of solidified lava 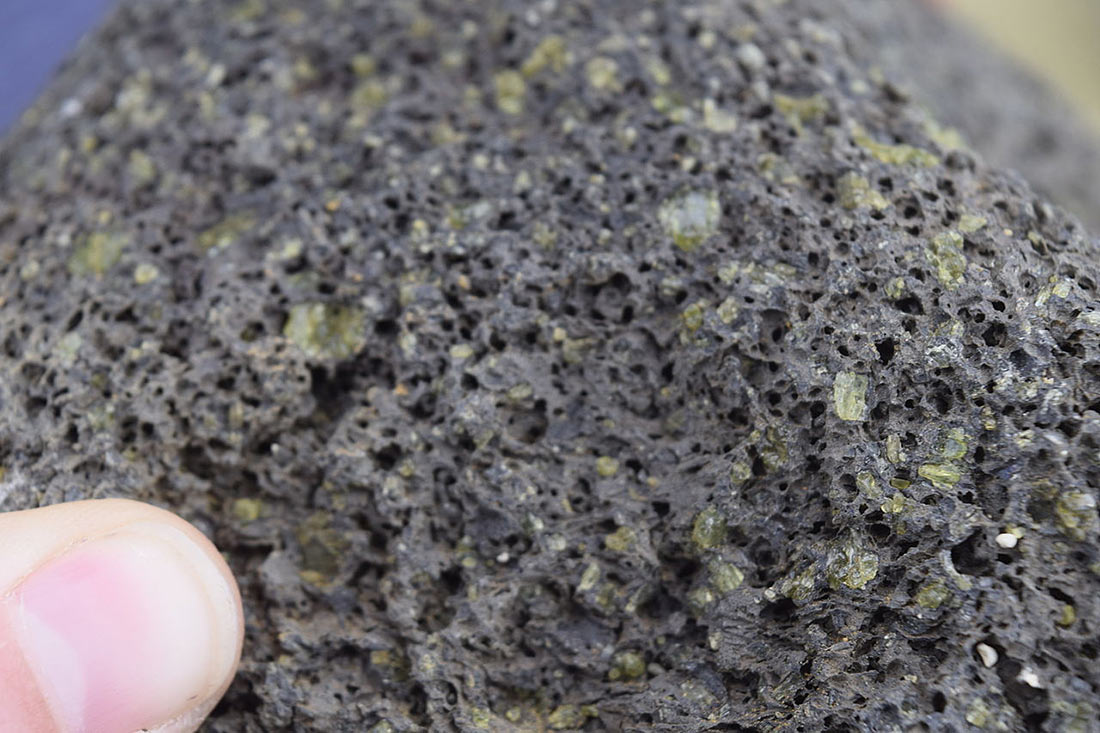 From a distance, Papacolea Beach does appear green, but as you get closer, you can see that it turns olive-gold. There are fears that in 100-150 years the ocean could wash away all this sand: the surf in the beach area is strong enough, so scientists believe that this is quite possible. In addition, large waves are one of the reasons why tourists are in no hurry to swim in the Pacific Ocean: this is only possible during periods of calm. Alluring ocean waters and unique local landscapes attract crowds of people. 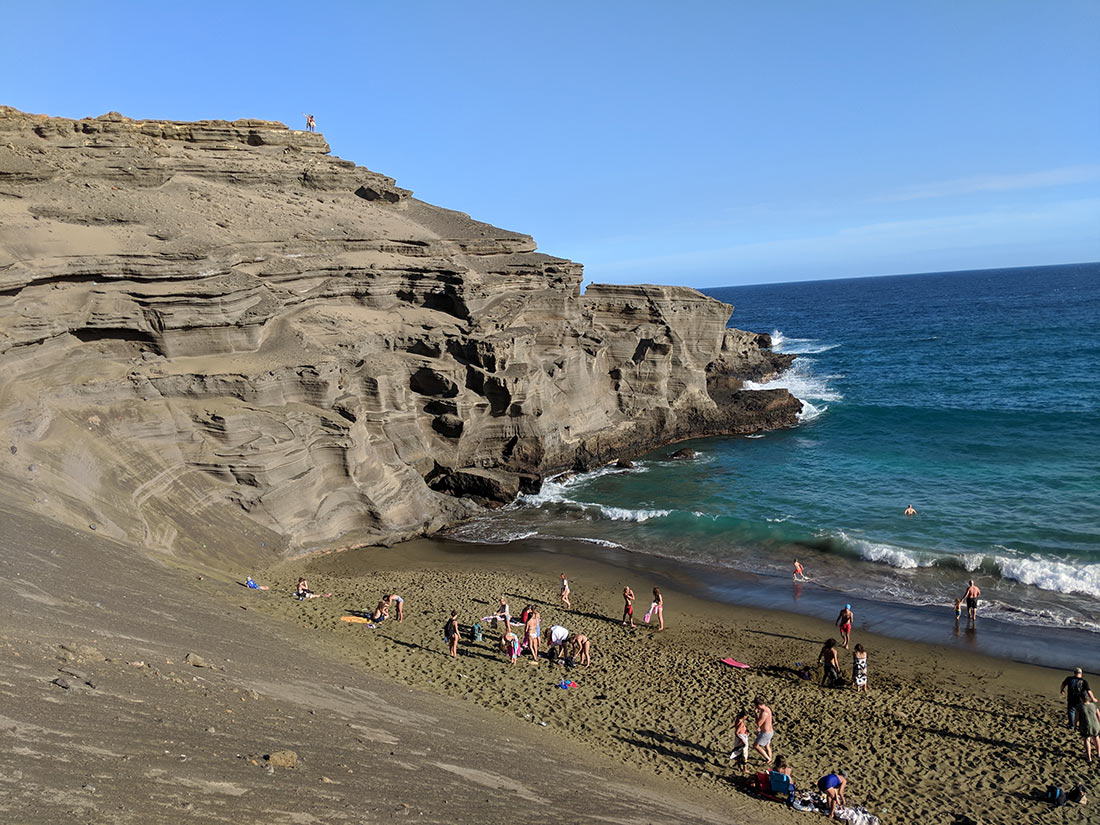 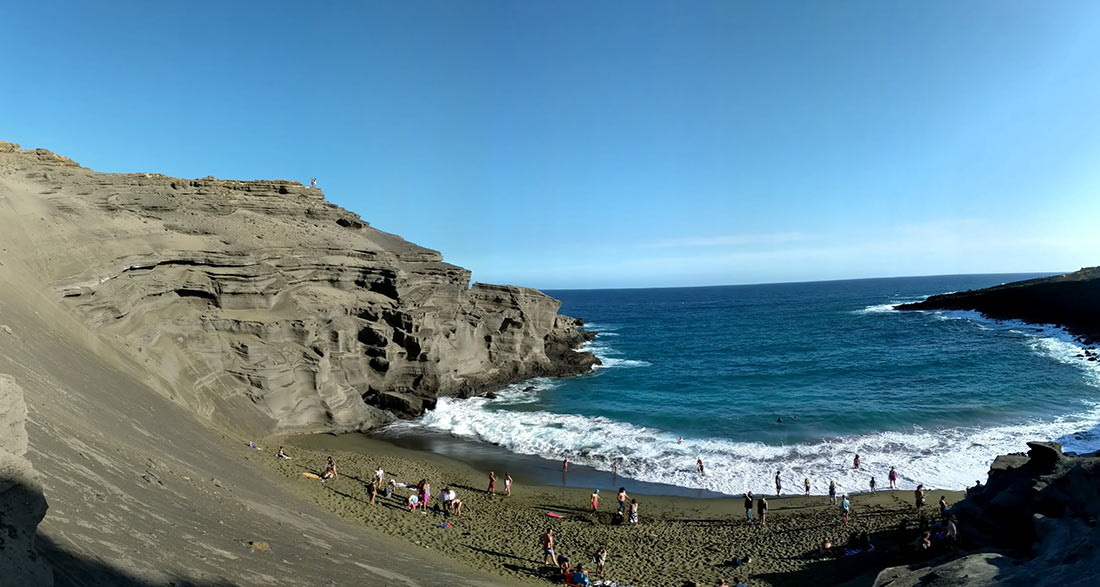 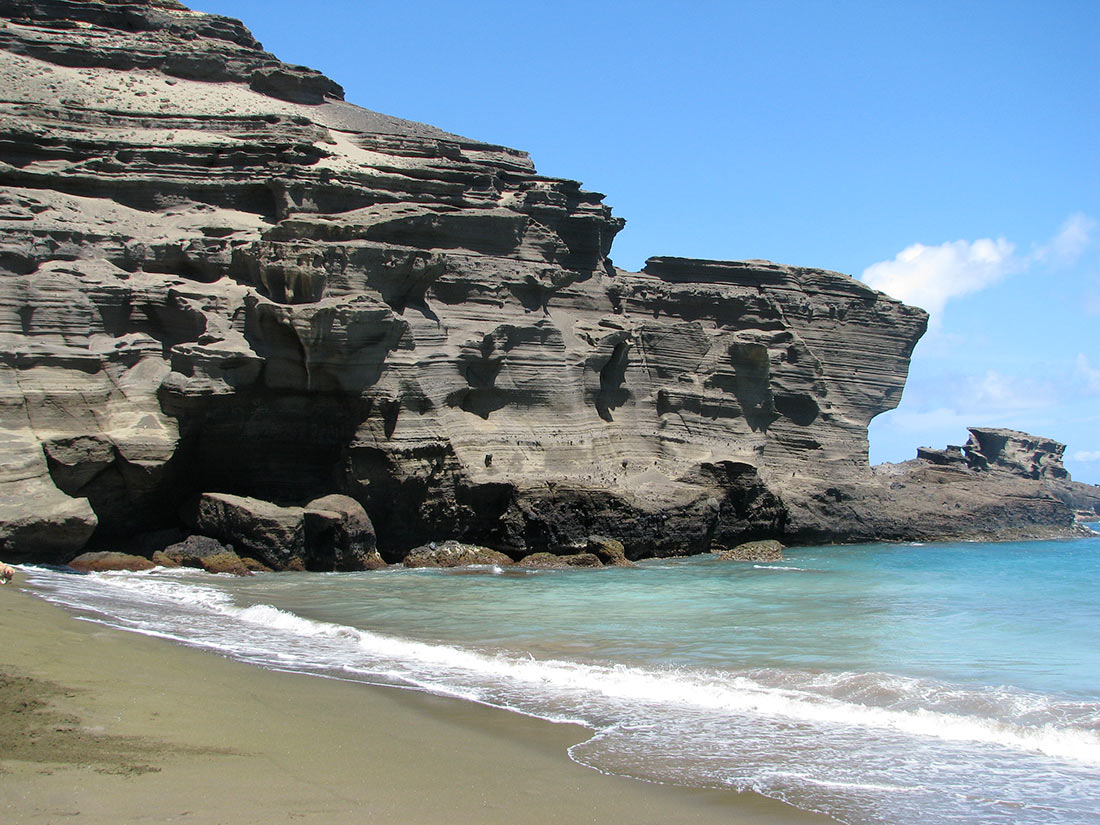 Facebook
Twitter
Pinterest
WhatsApp
ReddIt
Telegram
VK
Viber
Previous articleIsland of Cleopatra (Sedir Island): a popular destination with one unique feature
Next articleAncient Kotor: one of the most beautiful and charming cities in Montenegro

Boldt Castle – the most incredible Valentine gift for a...