Home Destinations Most beautiful beaches of Spain: the best places for those who need...
DestinationsEurope

Most beautiful beaches of Spain: the best places for those who need an exquisite bliss

Spain is a popular holiday destination in Europe. This country is famous for its rich culture, as well as for stunning natural scenery, and its coastline is as varied as it is beautiful. The most beautiful beaches of Spain will leave a lasting impression of a vacation on the coast.

Most beautiful beaches of Spain:

Tamarit Beach (Platja Tamarit), overlooking an impressive 11th century castle, is a tranquil spot for a for a perfect chill out, gently lapped by the waves of the Mediterranean Sea. Cala Jovera is a more interesting option: in the center of it there is a rock, which is great for walking and jumping. If you have no desire to jump off the cliffs, you can enjoy a walk in the cool shade of the pine trees. 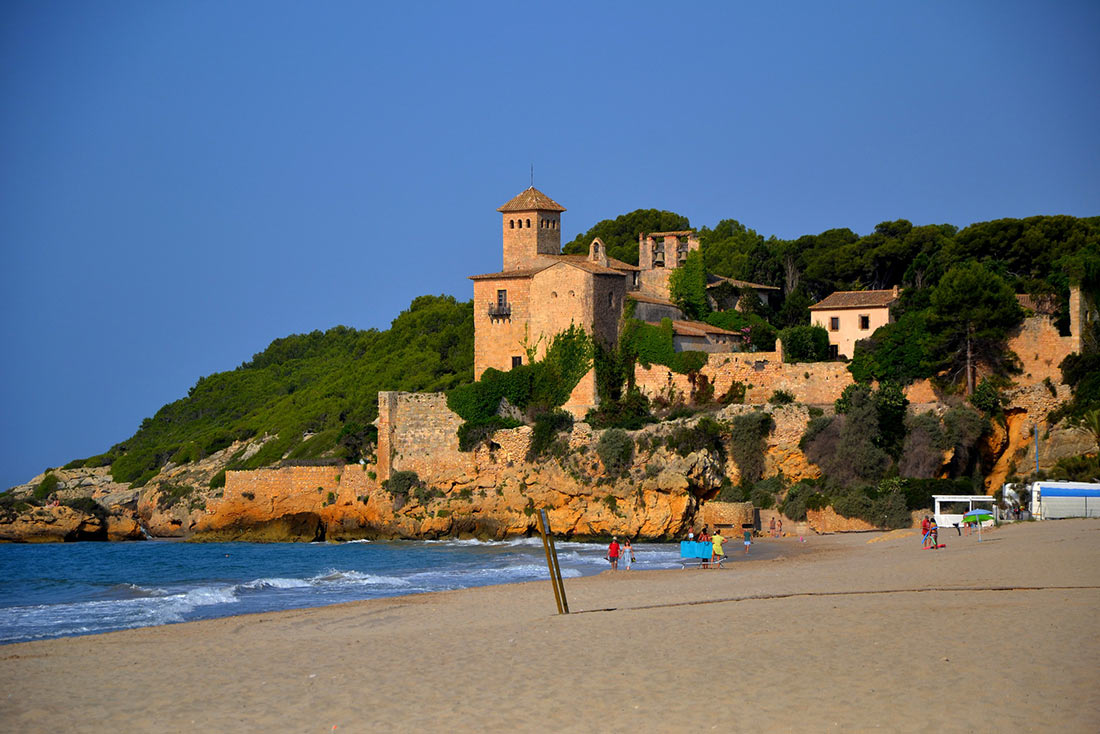 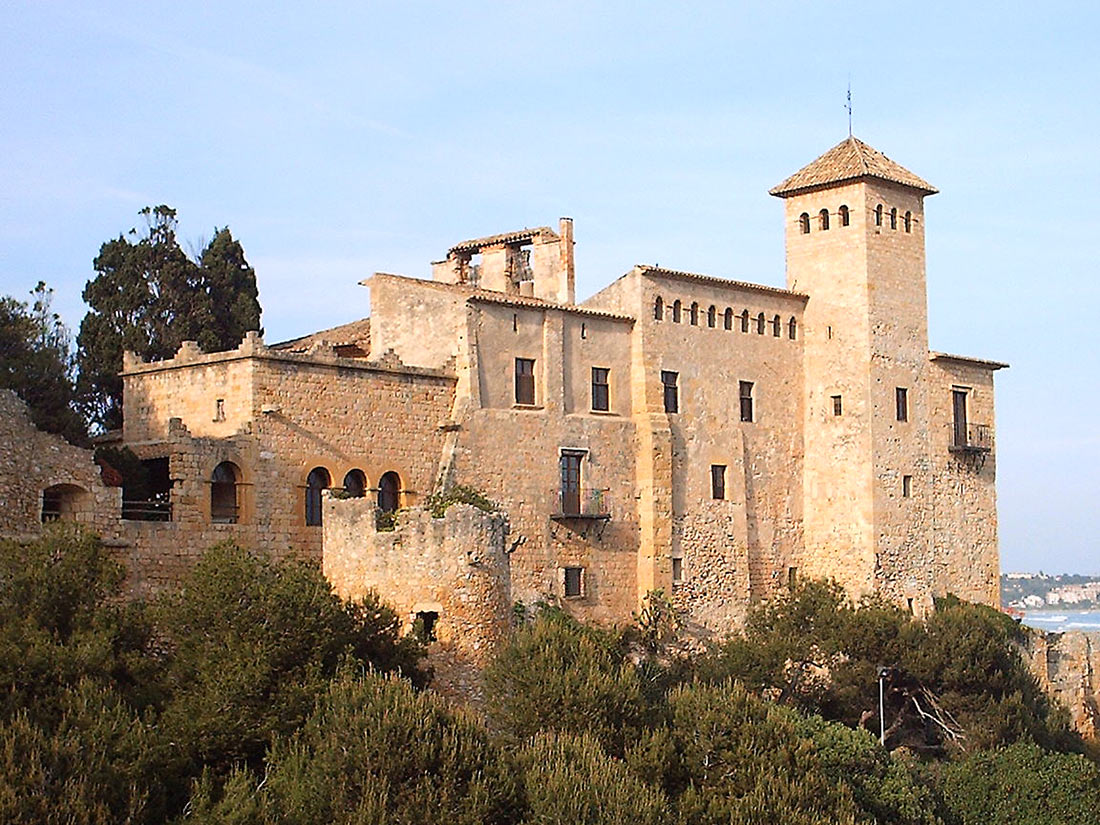 This quiet, wild and unspoiled beach is located in the Asturias region, near the town of Cudillero. The Beach of Silence (Playa de Silencio), which is a long, gently sloping cove with silvery sand, gets its name from the natural stone amphitheater that surrounds the entire coastal area. The rock formations block almost all the wind and make the beach very calm, quiet and serene.. 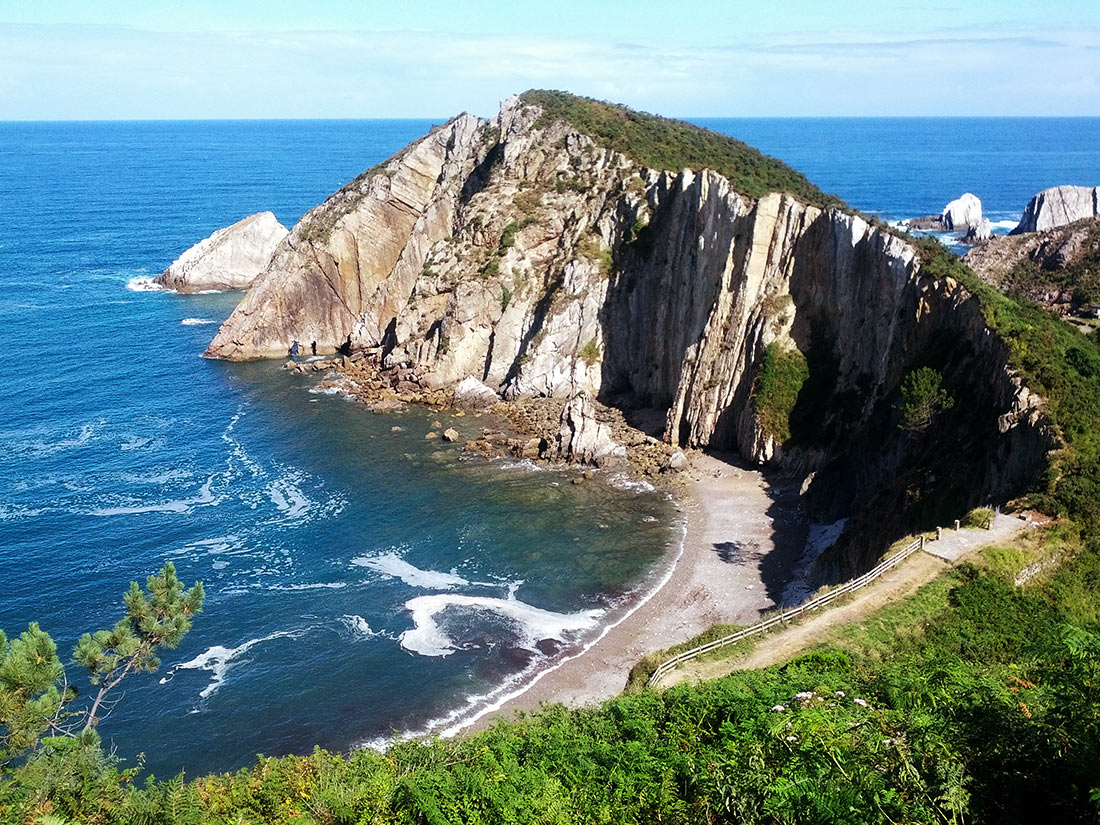 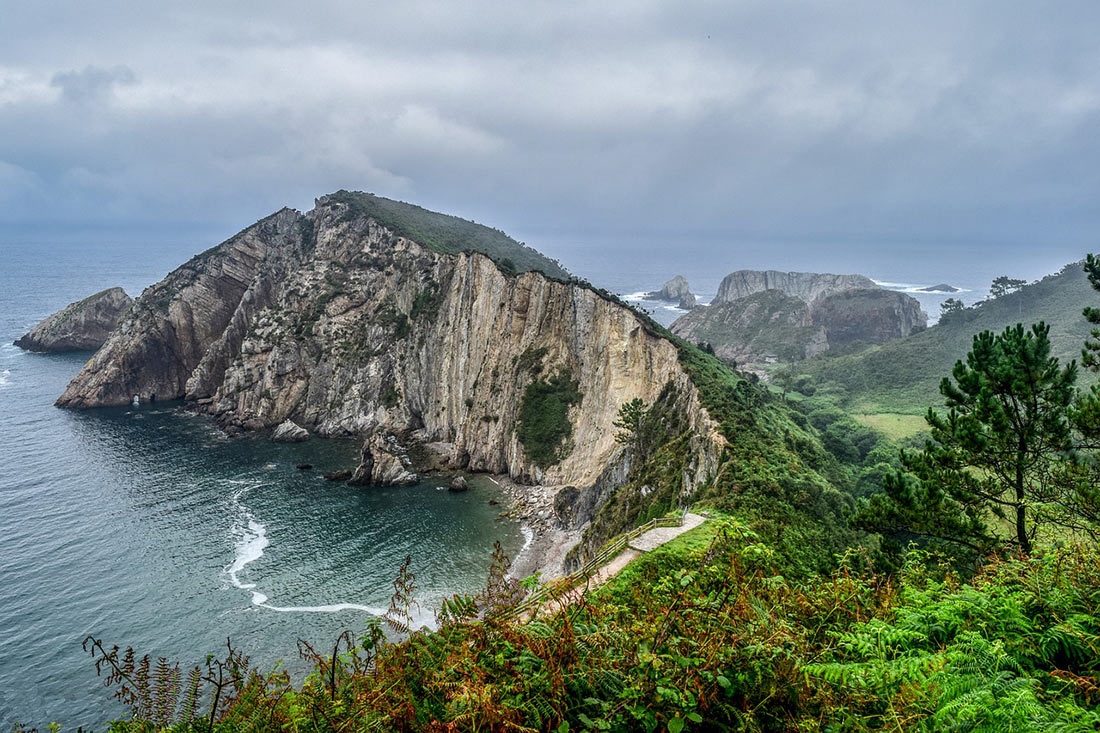 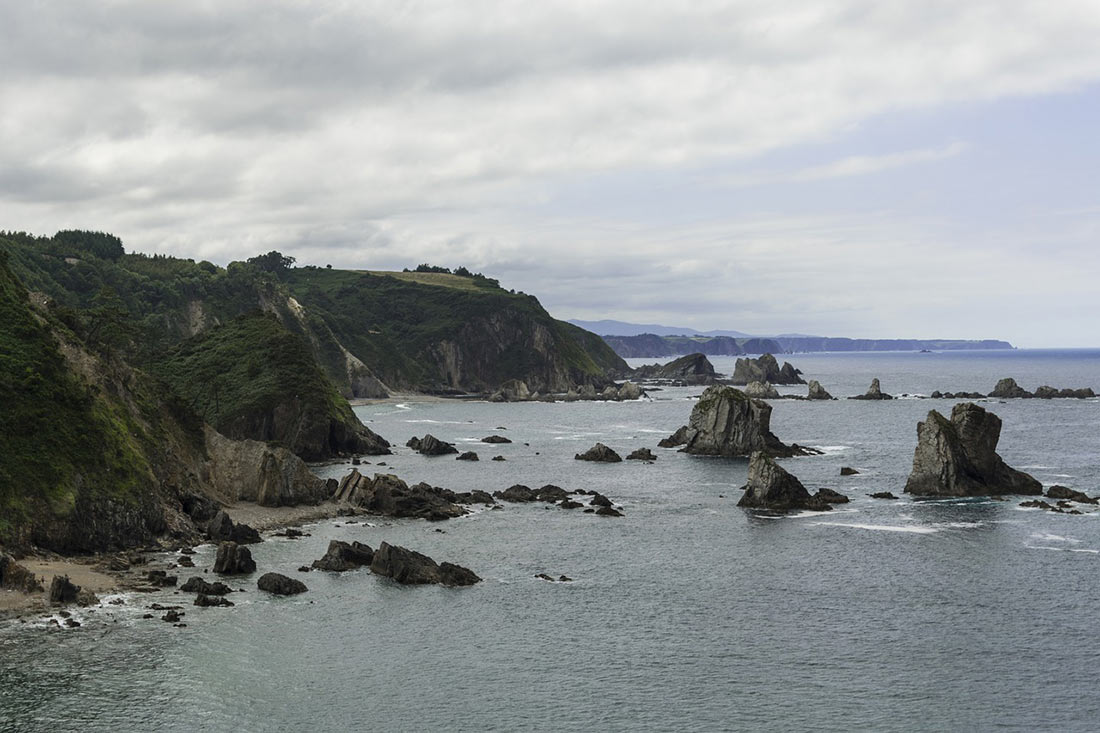 Less developed than Ibiza and Mallorca, Menorca attracts those travelers who look for a relaxing break. Sure, there are bustling resorts here as well, but the island is better known for its secret coves, shimmering waters, and great hiking spots, giving it a more laid-back vibe. Of all the beautiful tiny beaches on this island, the two best are Cala Macarella and Cala Macarelleta. These picturesque coves, located next to each other on the southwest coast of the island, are like an Instagrammer’s dream – immaculately clear water, iridescent with various exquisite shades of aquamarine and azure blue, white sand beaches and cliffs. You can get to the cozy bays only by foot (15–20 minute walk from the nearest parking lot), by moped or private boat, so the places are not overcrowded. 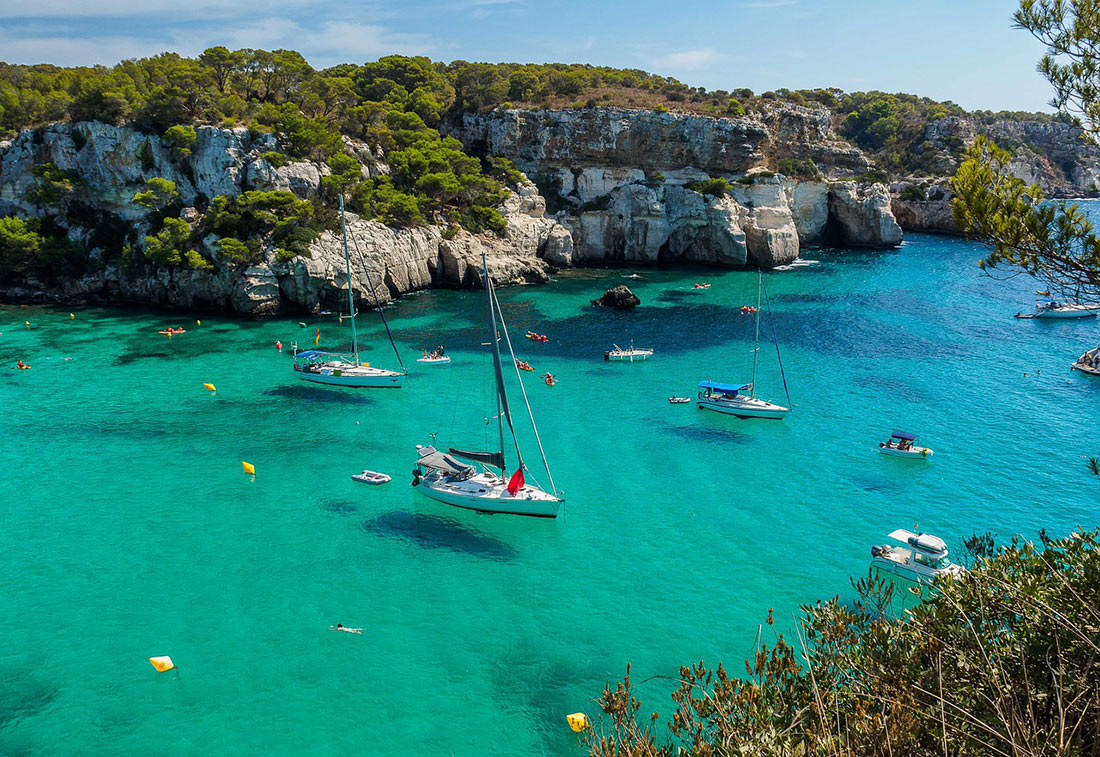 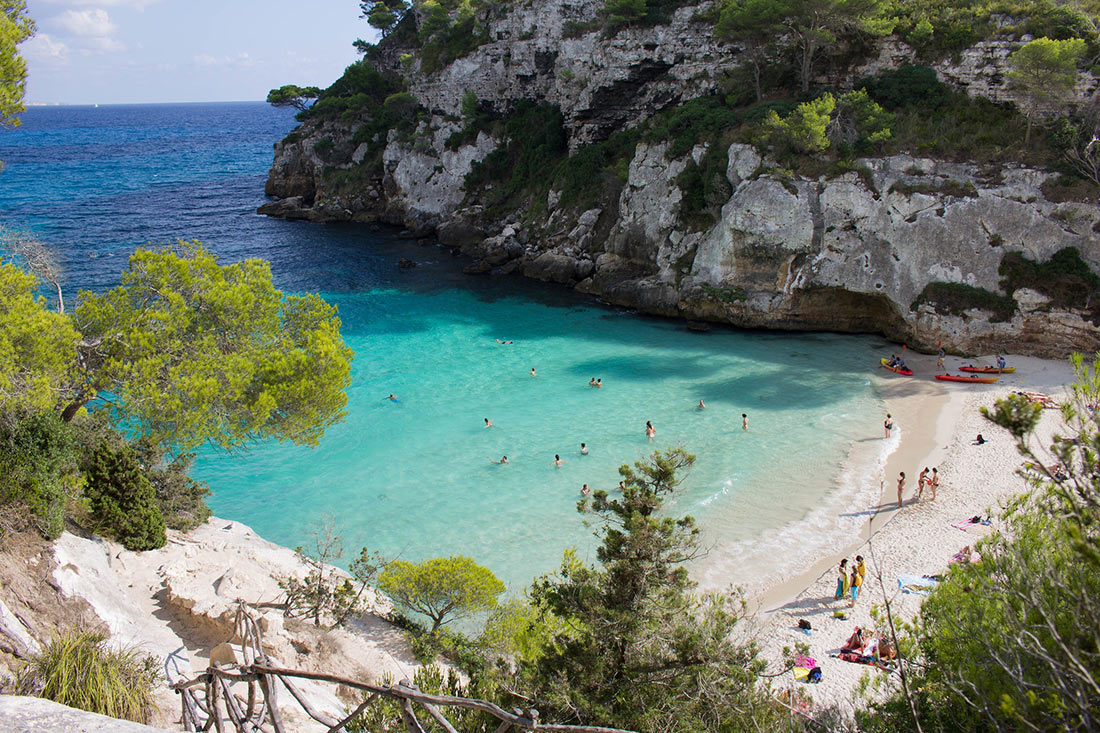 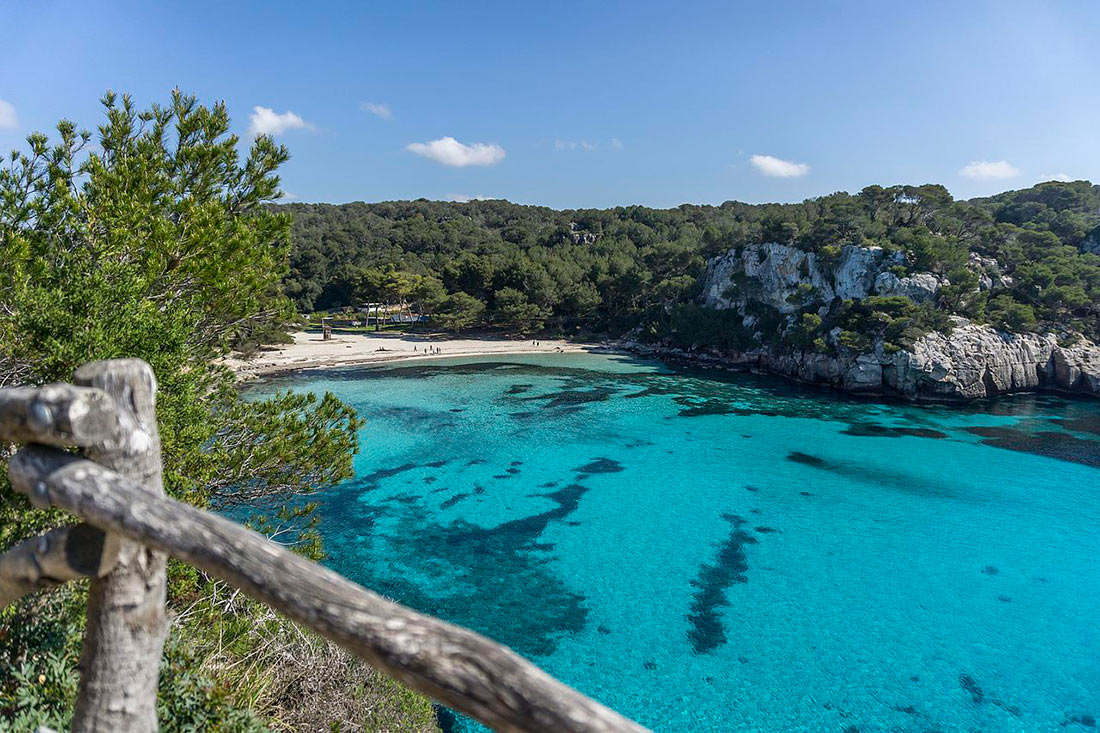 The sophisticated and stylish Maspalomas Beach in the southern part of Gran Canaria is a huge 6 km stretch of golden sand, which in some places reaches a hundred meters in width. The beach is bordered by a desert landscape with huge sand dunes, which give the impression that you are basking in the sun in the Sahara Desert, and not on the coast of Spain. 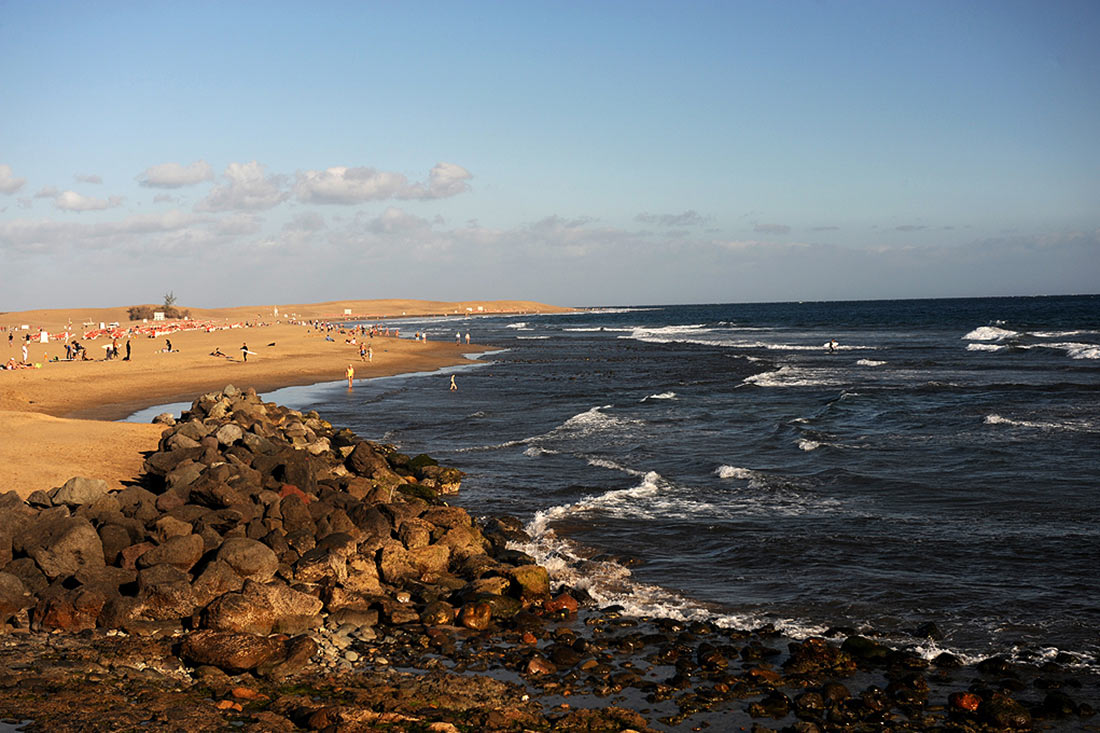 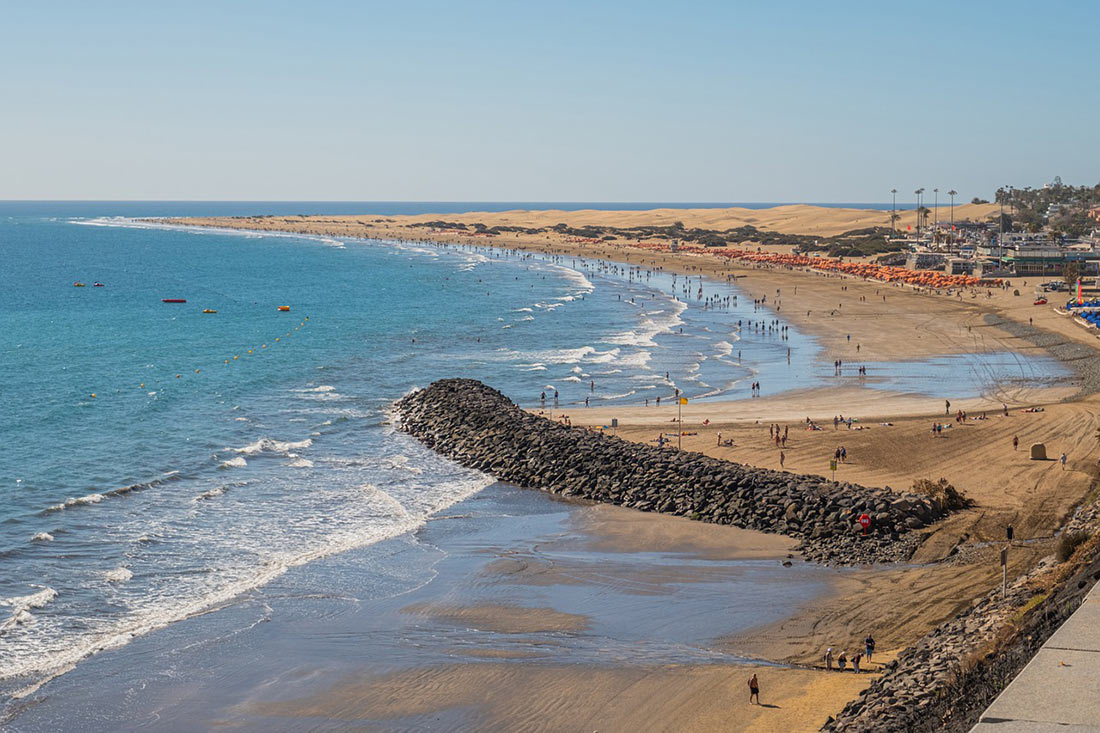 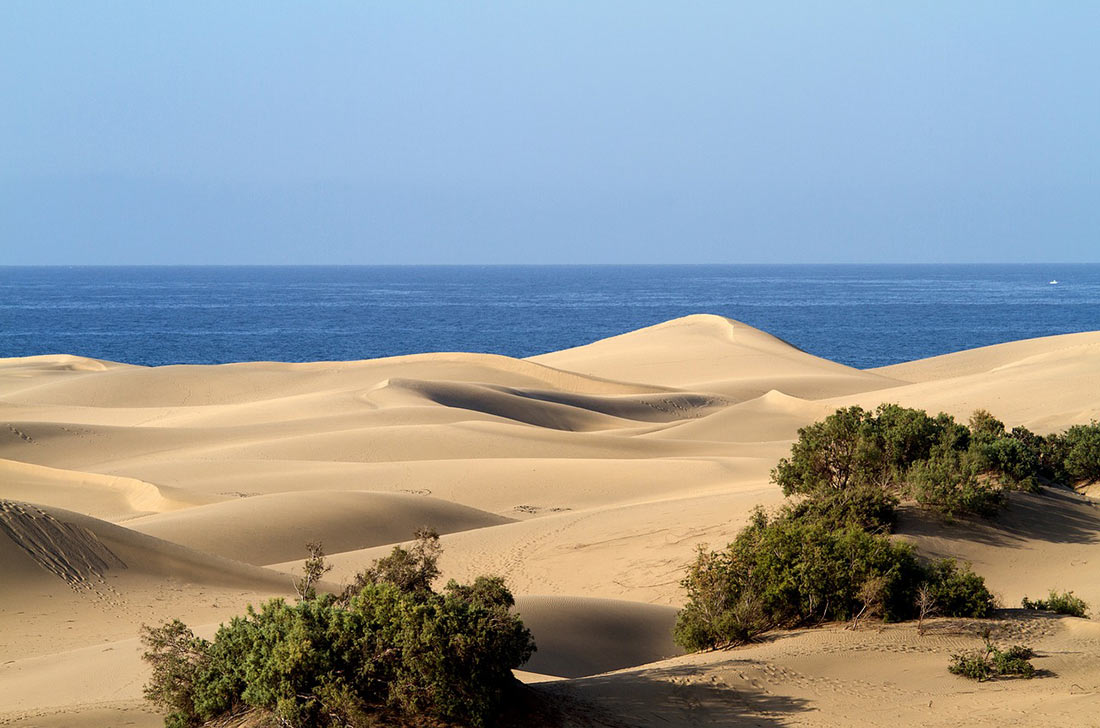 Asturias is a region in northern Spain, on the Atlantic coast. A distinctive feature of these places is picturesque rocky cliffs. The stunning secluded Torimbia Beach is located near the port of Llanes, west of Bilbao. There are no amenities like sun loungers, shops and food, but in the summer there are lifeguards and showers. 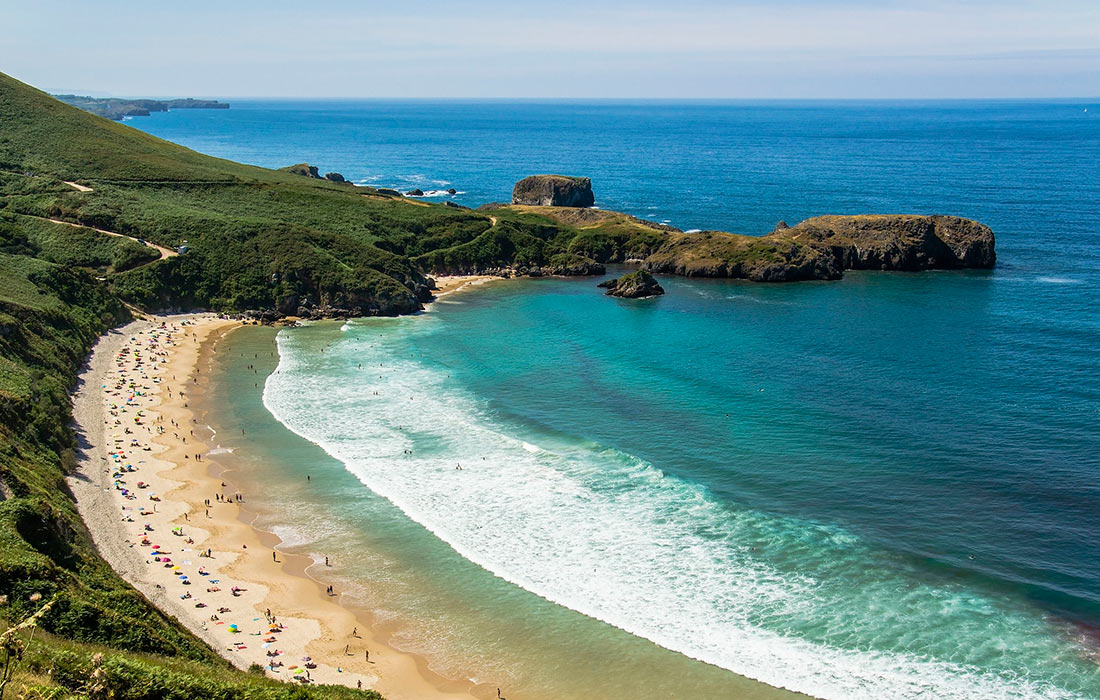 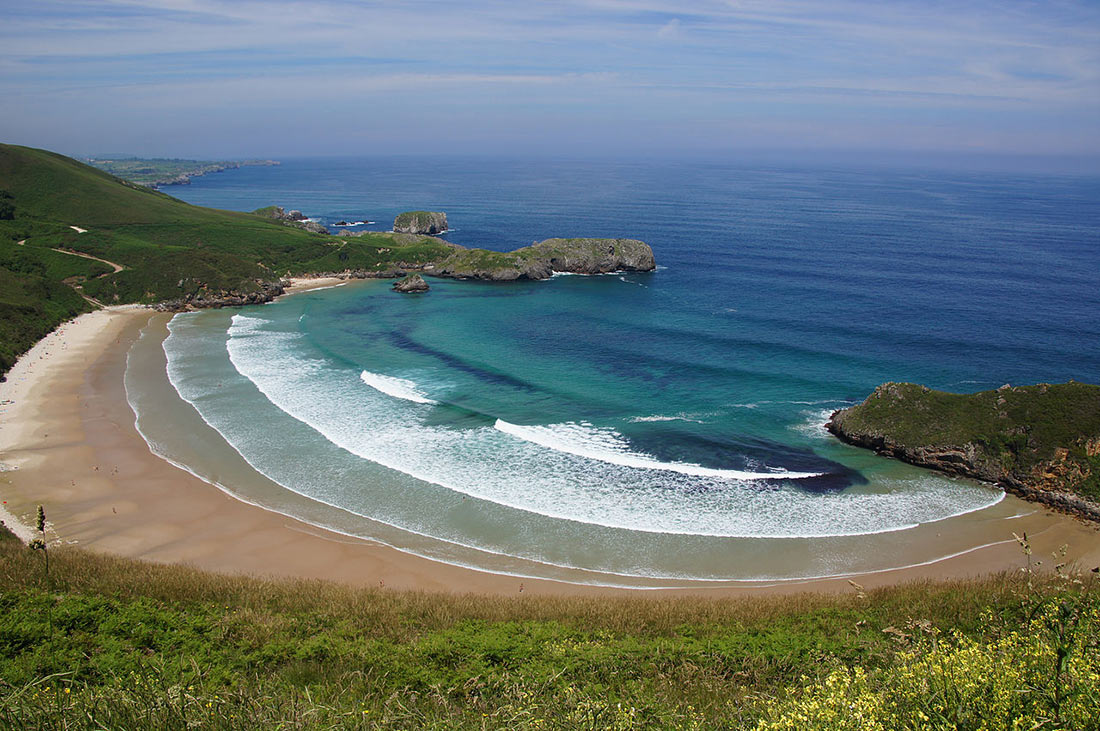 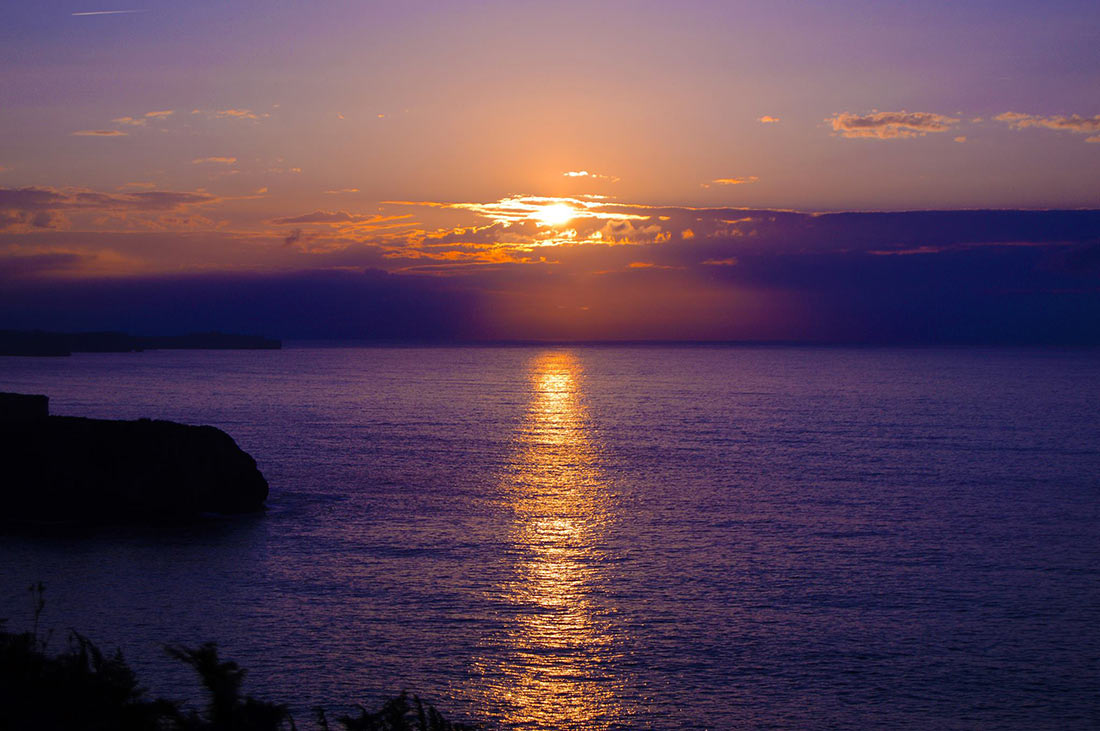 Tossa de Mar is an ancient city located halfway between Barcelona and the French border. Here, a large castle rises above the picturesque curved beach. The sand is coarse and golden brown, and most of the bay is fenced off for swimming. The Costa Brava region is famous not only for its beaches, but also for its attractions, because it is filled with centuries of history and rich culture. 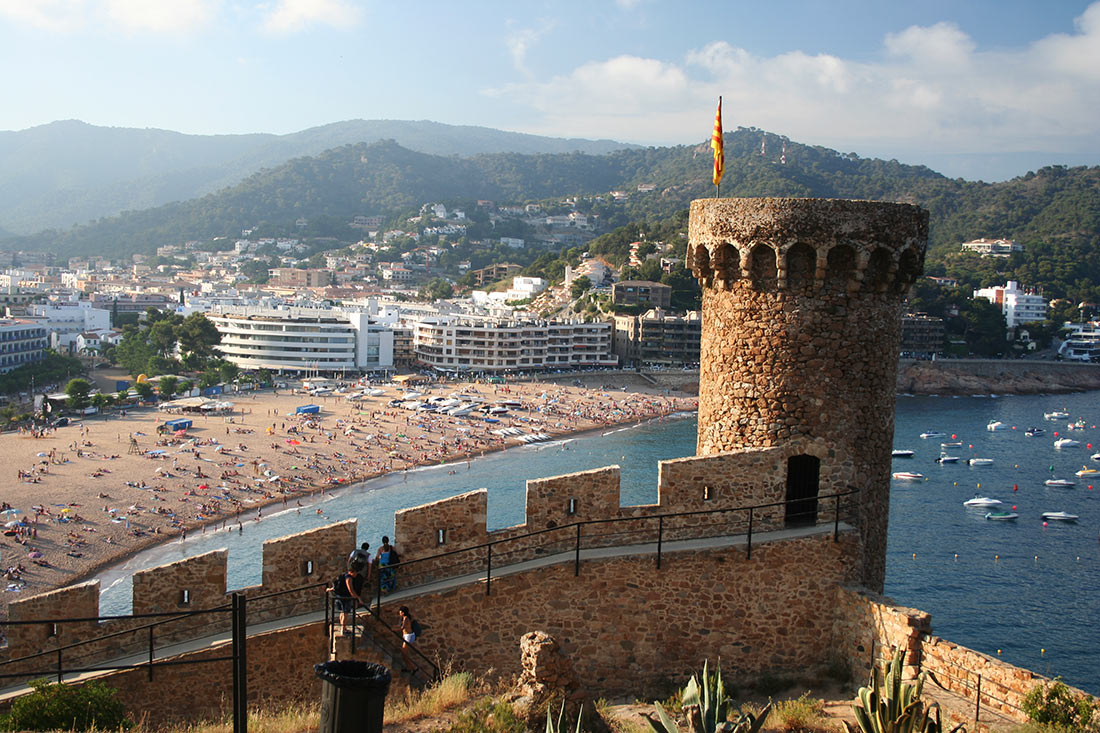 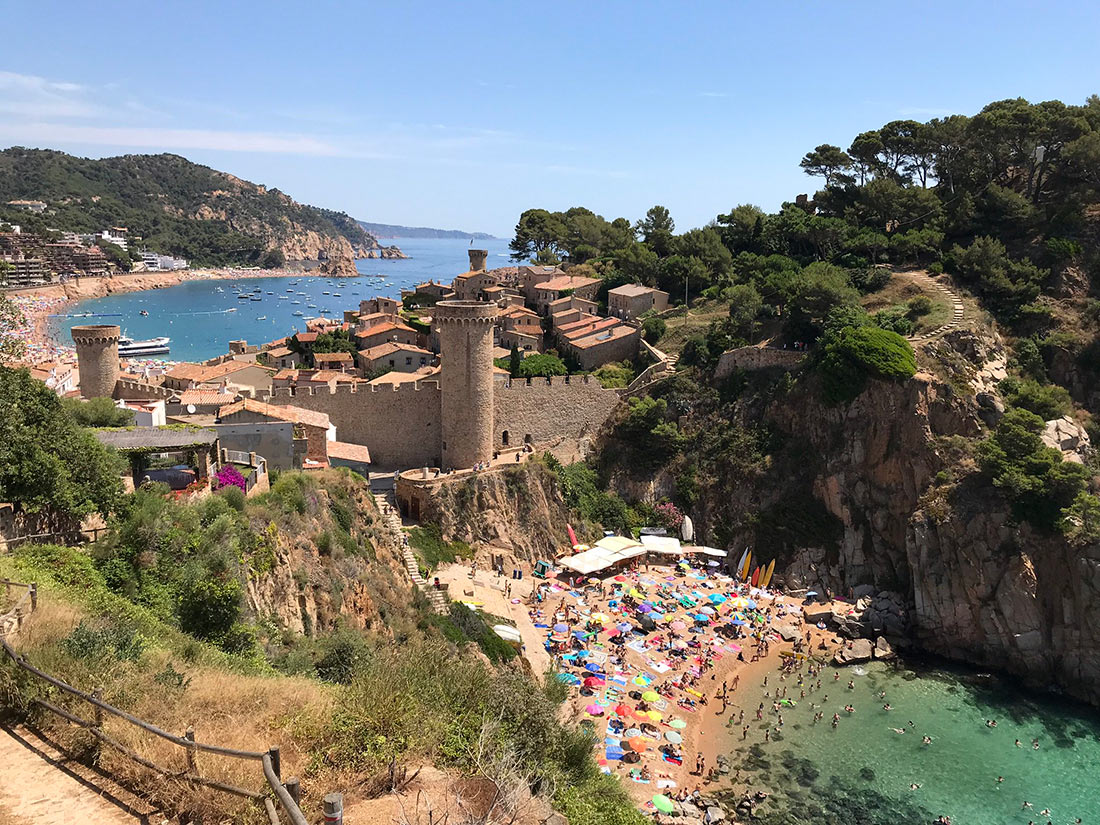 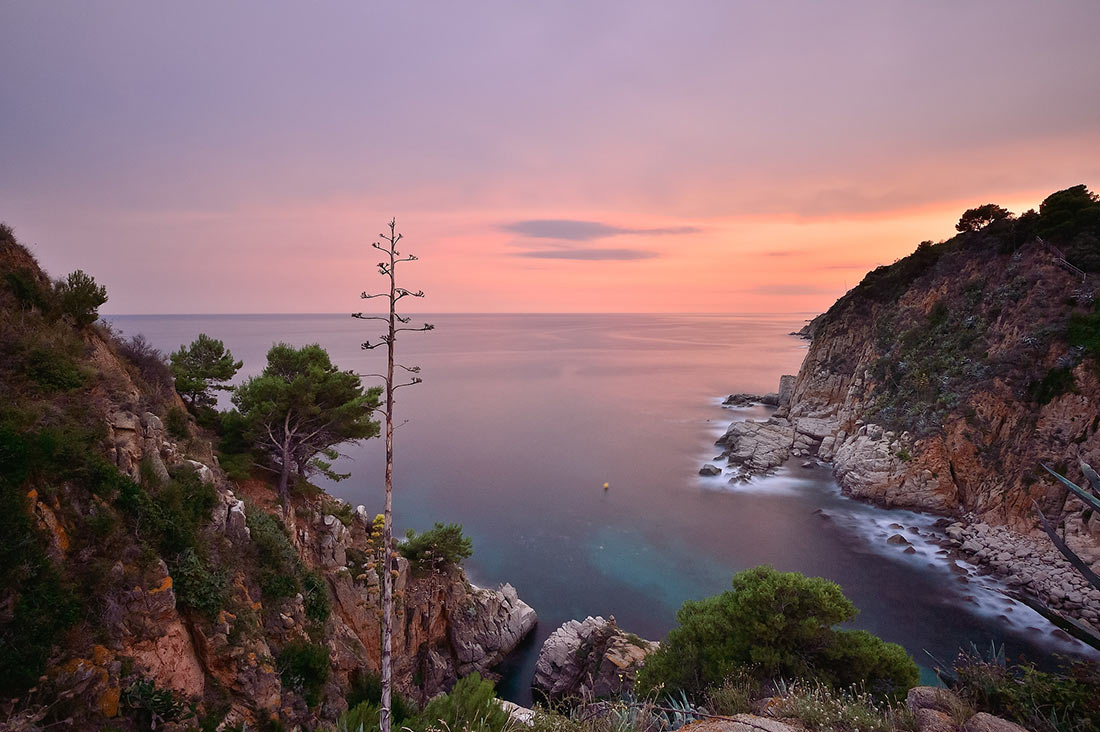 Saint Tropez, Capri, Marbella … every summer the most famous Mediterranean resorts fill up with celebrities, billionaires and people who want you to think they are one of the above. The glamorous reputation of Marbella, located southwest of Malaga, in the heart of the Spanish Costa del Sol, was formed in 1954 with the opening of the Marbella Club. Then it was the private residence of Prince Alfonso Hohenlohe-Langenburg, and now it is an ultra-exclusive five-star hotel. Marbella has gradually developed into an upscale resort town filled with luxury hotels and chic nightclubs. It also boasts some particularly stunning golden sand beaches such as Costa Bella and El Alicate, which are located next to each other east of the center. 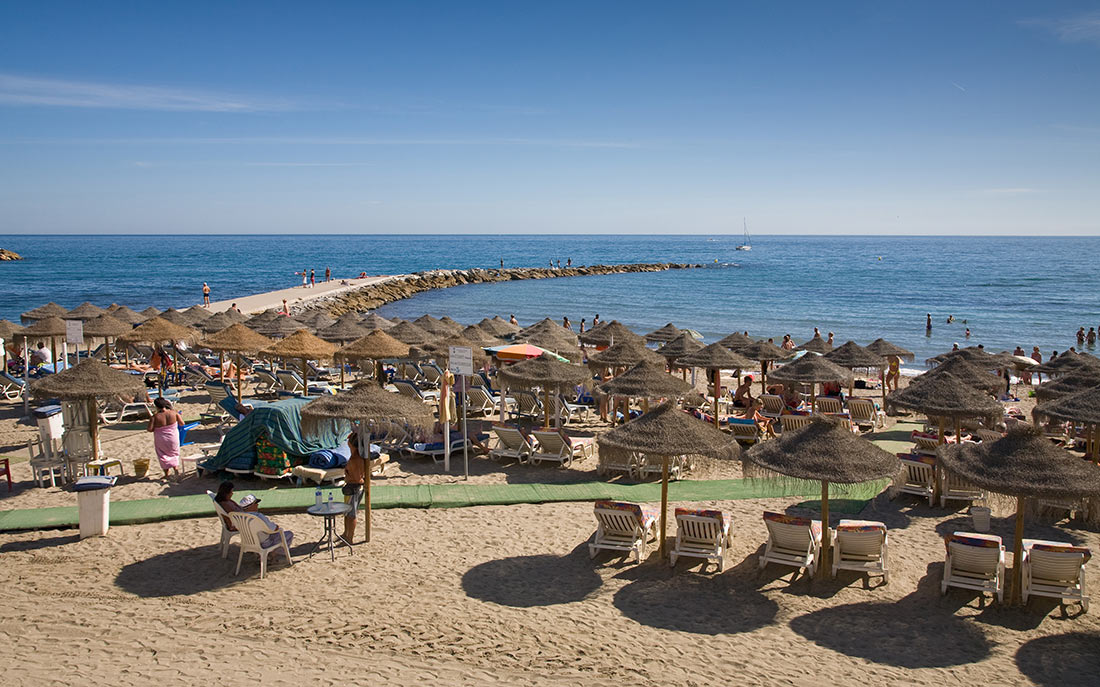 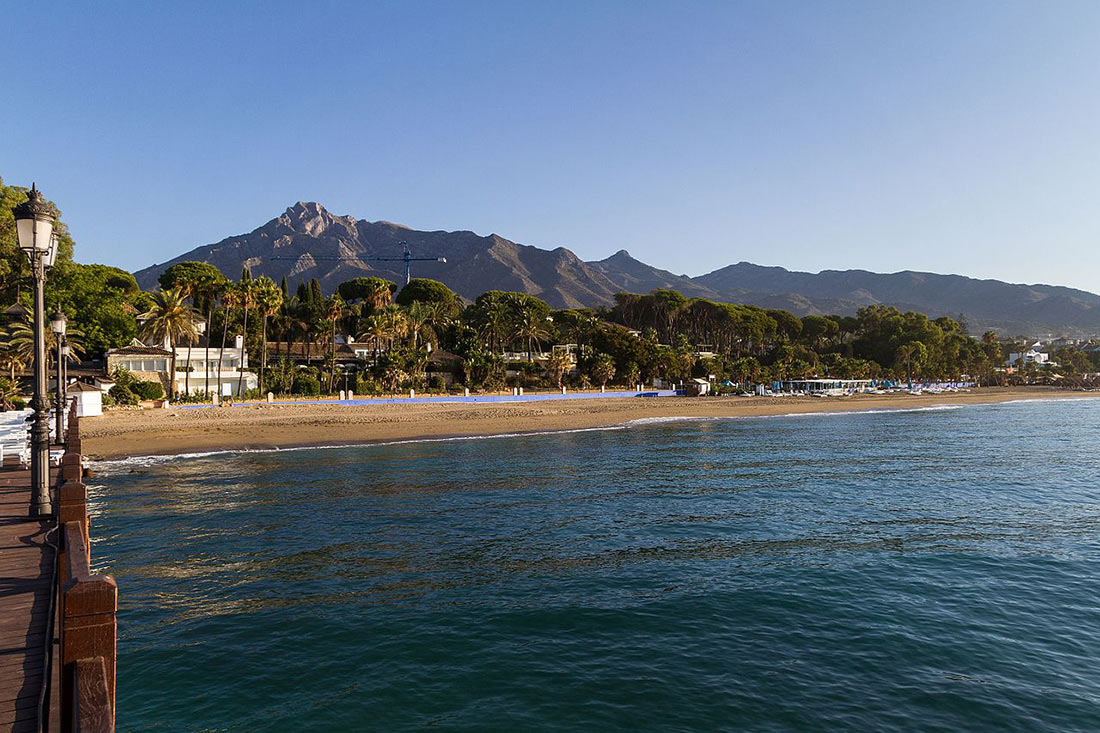 Photo: TimOve from Norway, via Wikimedia Commons (CC BY 2.0) 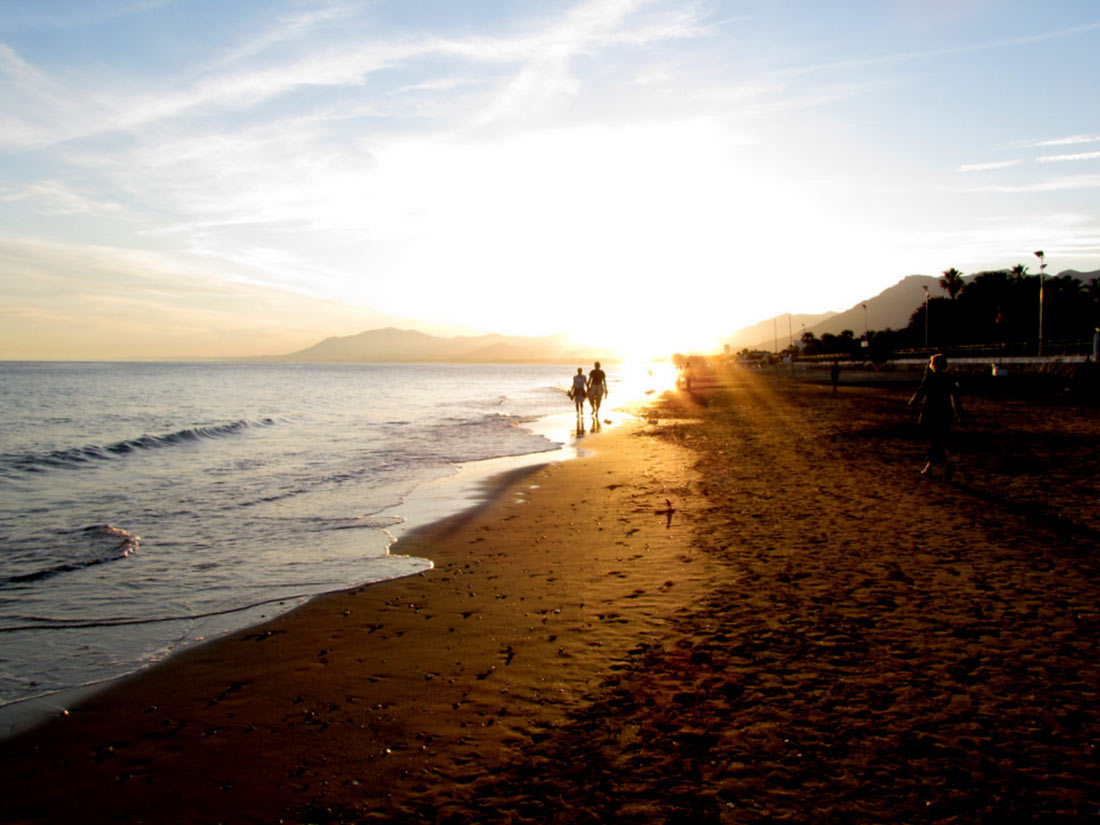 Facts about the Suez Canal that will help you to discover...

Small towns of Germany: 20 places that look like a real...