Home Destinations Asia Best cities to visit in Turkey: 15 places that will make you...
DestinationsAsiaTop

Best cities to visit in Turkey: 15 places that will make you to fall in love with this country

Turkey has not only magnificent beaches and bays where tourists love to relax. There are many historical sites and stunning mosques here. Also noteworthy are Turkish cities, a visit to which will live in memory for a long time. We will show you the best cities to visit in Turkey: after seeing these 15 places, you will definitely fall in love with this country.

Fethiye is located on the territory, which attracts tourists with its nearby mountains, airport and secluded bay, inside which islets are scattered. The resort is divided into two parts: the first is with luxury hotels, and the second is intended for mass tourism, and is located in a bay called Oludeniz. In summer not a single tourist will be bored here: restaurants, cafes always welcome, and discos are held at night. 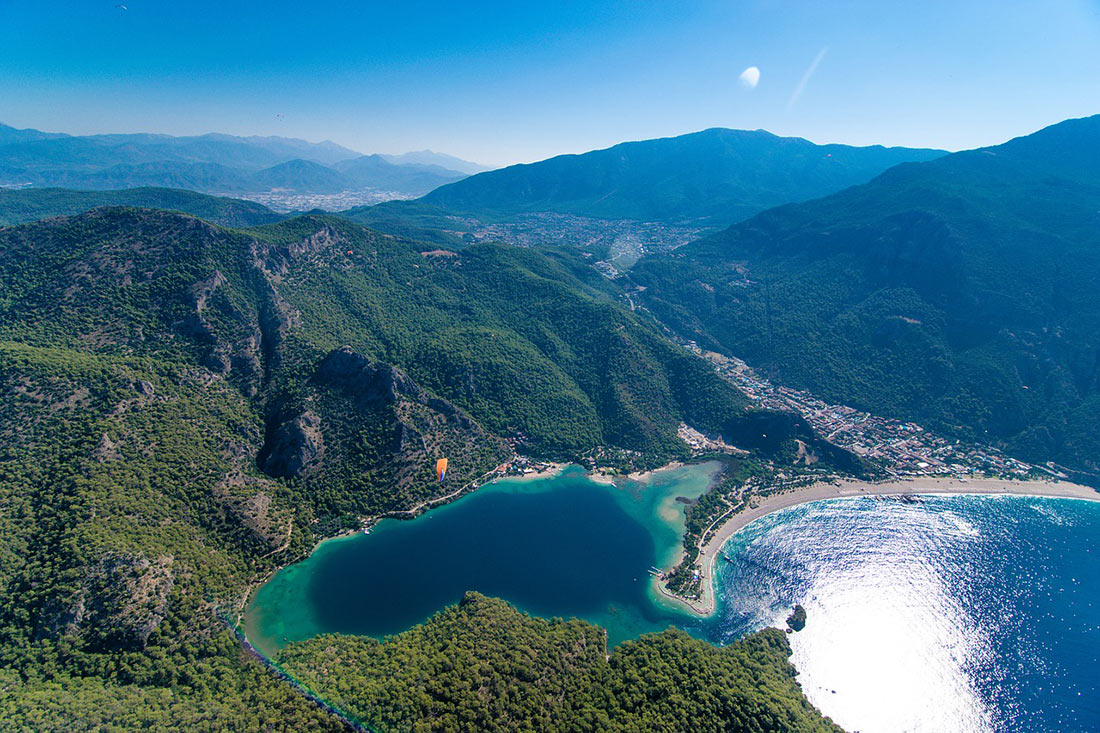 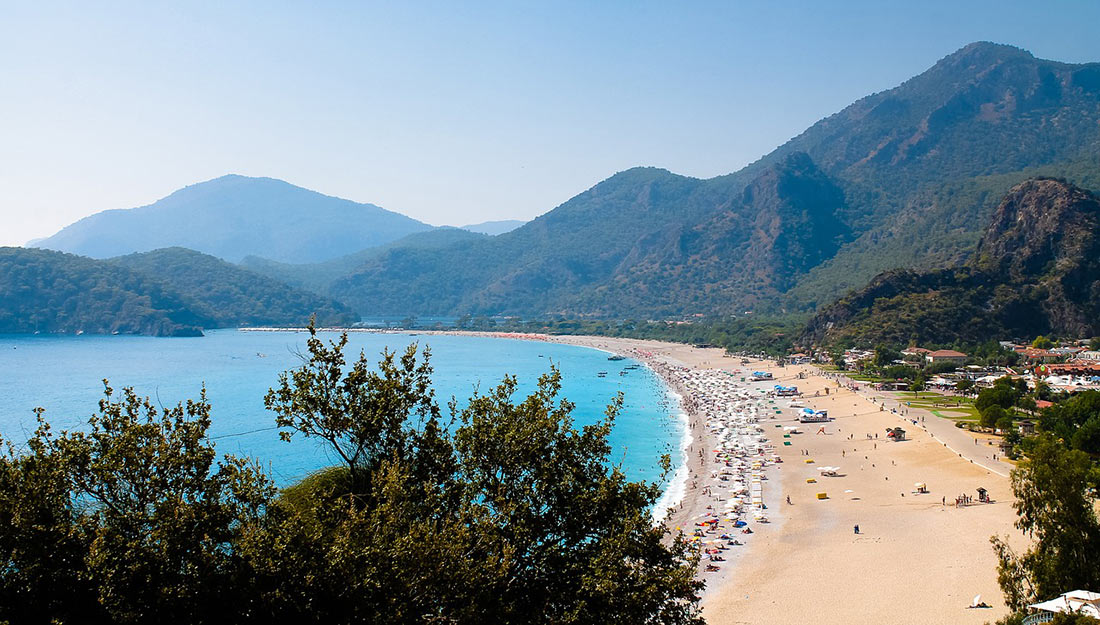 The inimitable resort town of Çeşme is located 80 km from Izmir and is washed by the Aegean Sea. It is a center for diving and surfing. The age-old Çeşme fortress has been an invariable haven for crusaders and pirates throughout the centuries. In the suburbs there are many fountains, baths and thermal springs with mineral water. Rows of souvenir shops, lovely restaurants and bars stretch along the coast. The nightlife is in full swing – you can dance in the club until the morning. 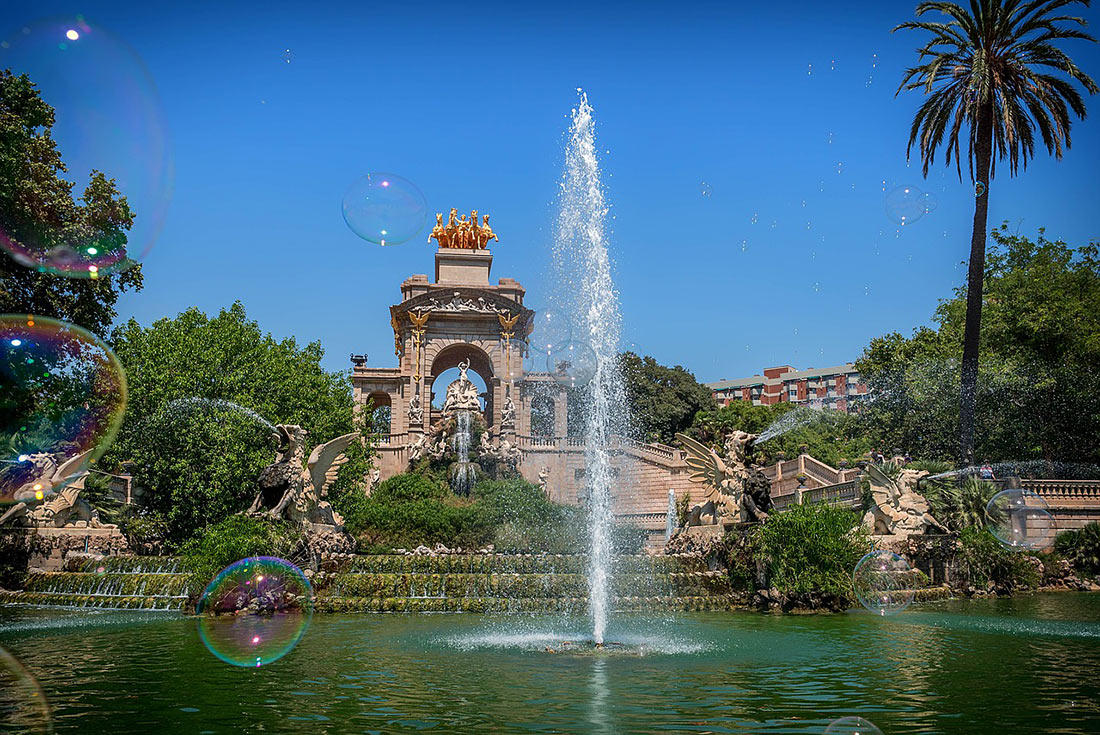 One of the largest city in Turkey, located in the northwest of Anatolia, 240 km from Istanbul and 20 km from the Sea of Marmara. This place is worth visiting for its sights, unique architectural style and medieval flavor. 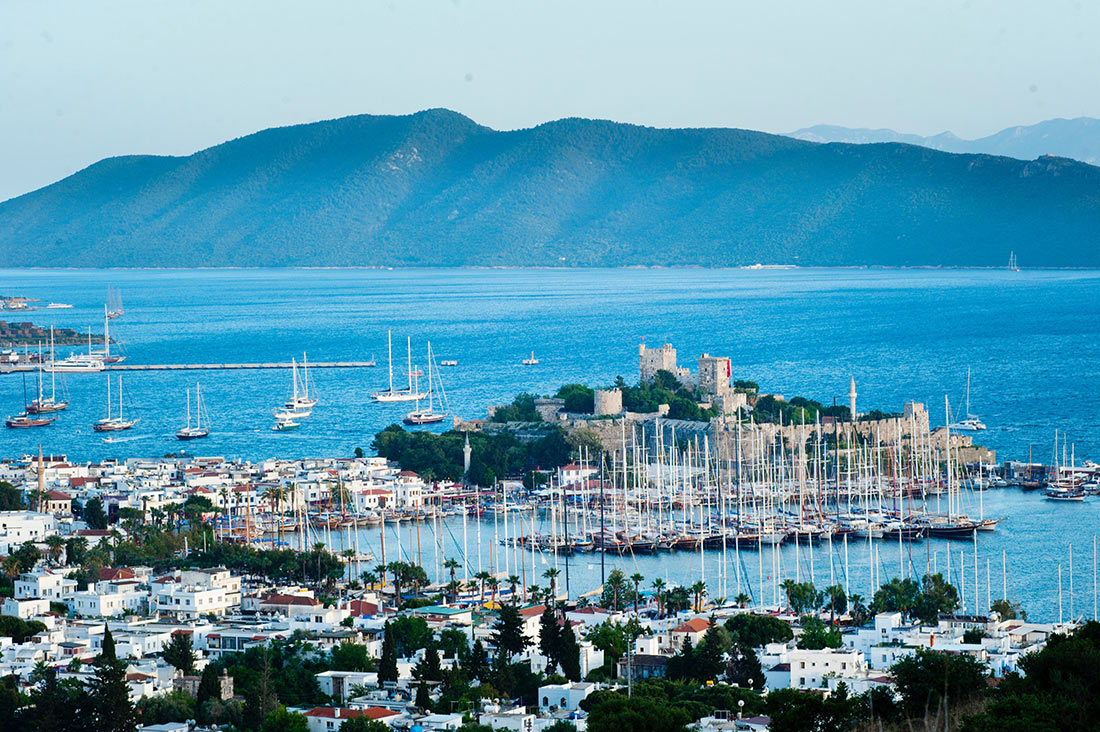 Despite its capital status, Ankara is not as popular among tourists as Istanbul and the cities of the sea coast. Still, it it is interesting precisely as a non-tourist and more authentic part of Turkey. In the city there’re numerous ancient landmarks preserved from Roman times. 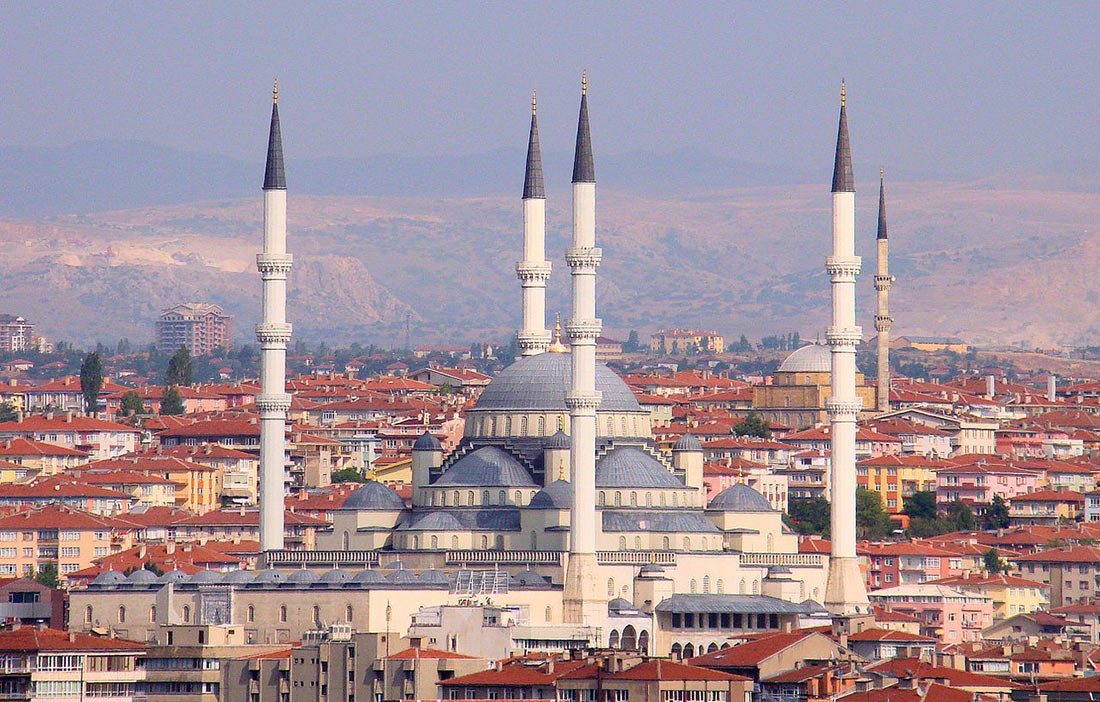 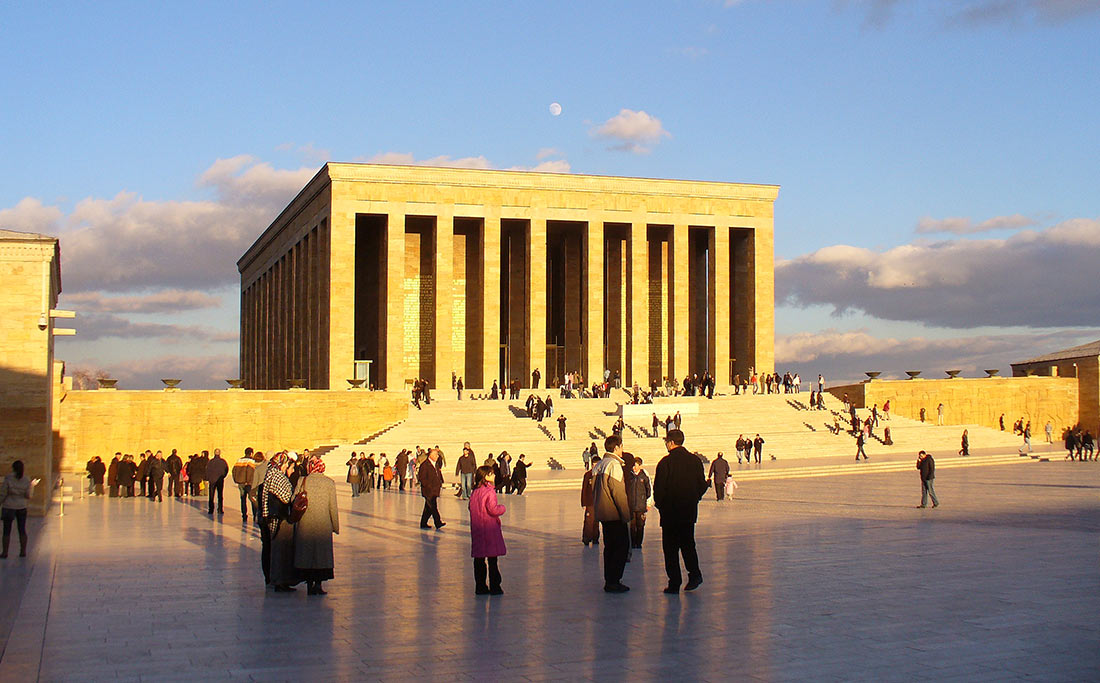 This city, also known as the “City of Prophets”, welcomes pilgrims from all over the world. There are many beautiful old buildings here. The stunning Derga Park and the mosque complex tell about the ancient past of the city. Be sure to visit the ancient temple of Göbekli Tepe. 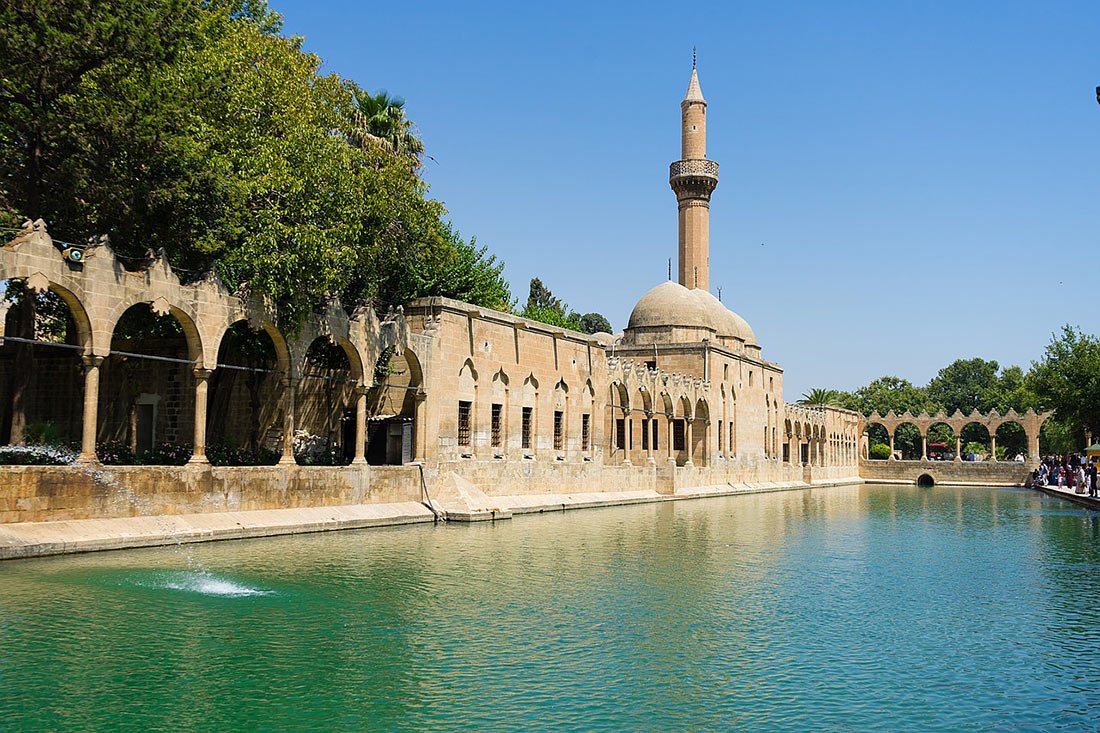 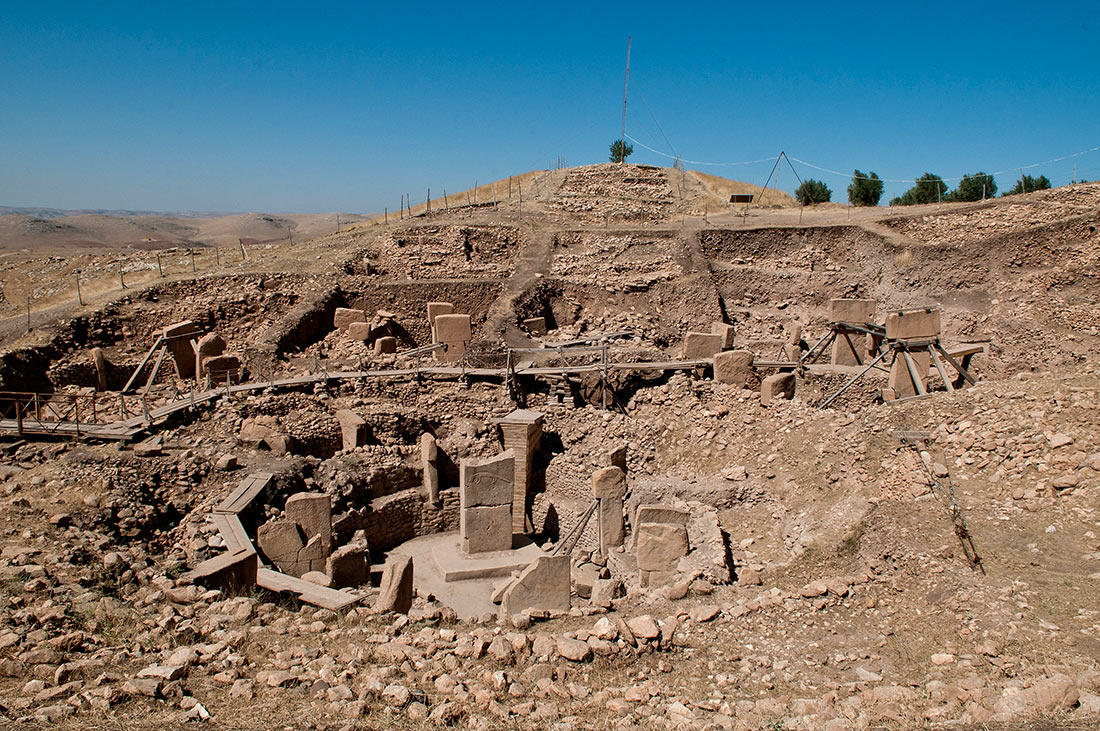 This is a port city, which, despite the presence of several beaches, can hardly be counted among the resorts of Turkey. Nonetheless, Trabzon has a rich cultural and historical heritage, today reflected in the linguistic diversity of its population, as well as in the attractions. The main attraction of the city is the medieval Hagia Sophia mosque. Besides, you can visit the spectacular Sumela Monastery or go to Uzungol Lake nearby. 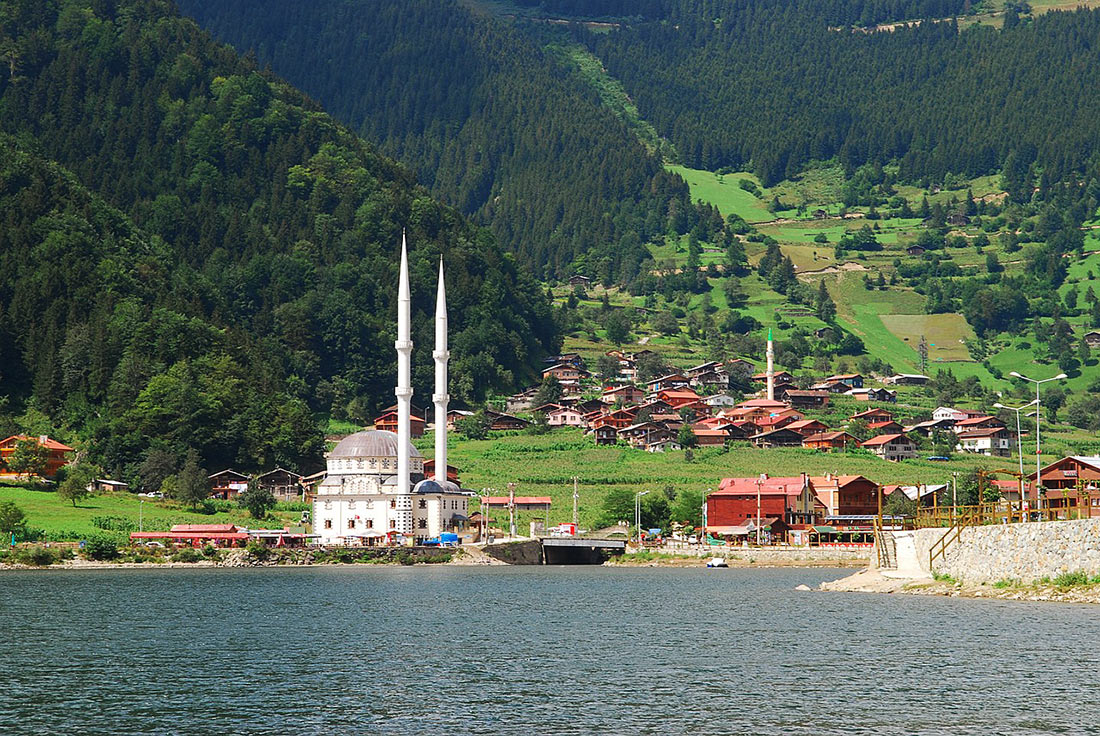 Despite all the twists and turns, many of its attractions have survived to this day in excellent condition and attract thousands of tourists from all over the world. And this is not surprising: it is here, like no other city, that the authentic atmosphere and indescribable charm of an oriental fairy tale have been preserved. As a state,Turkey actually set in Konya and its first capital was located here as well. 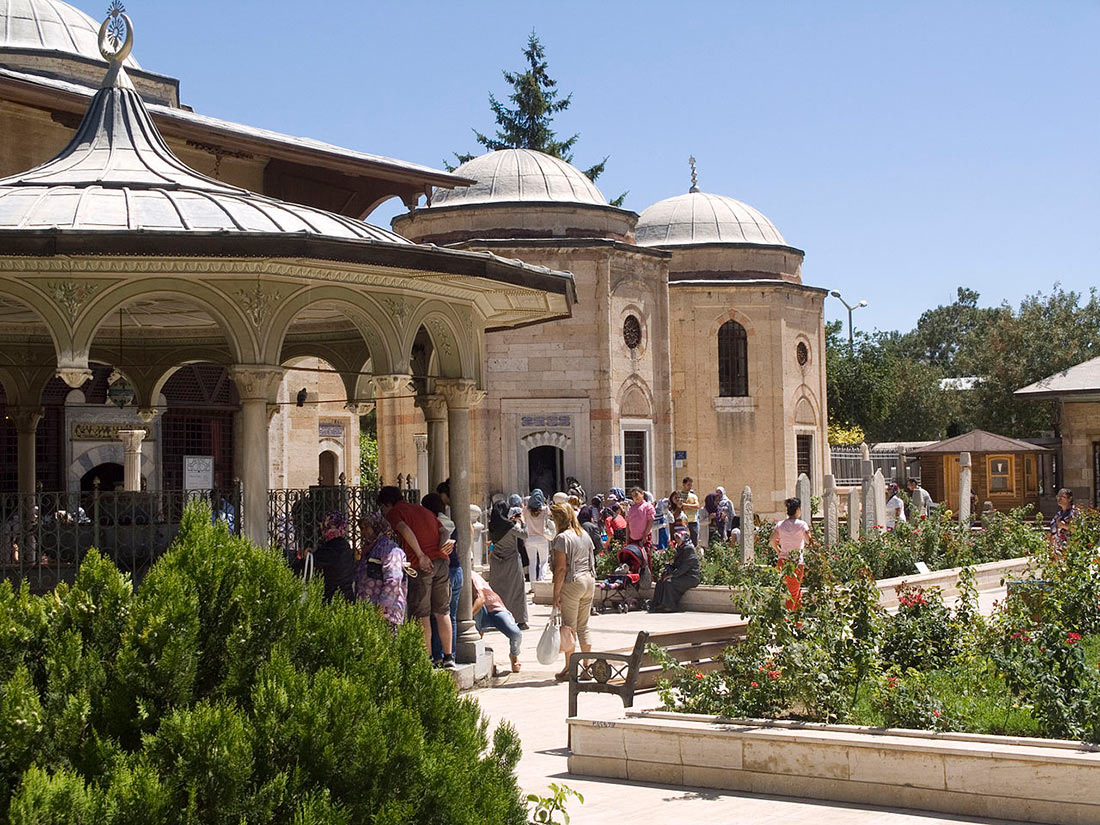 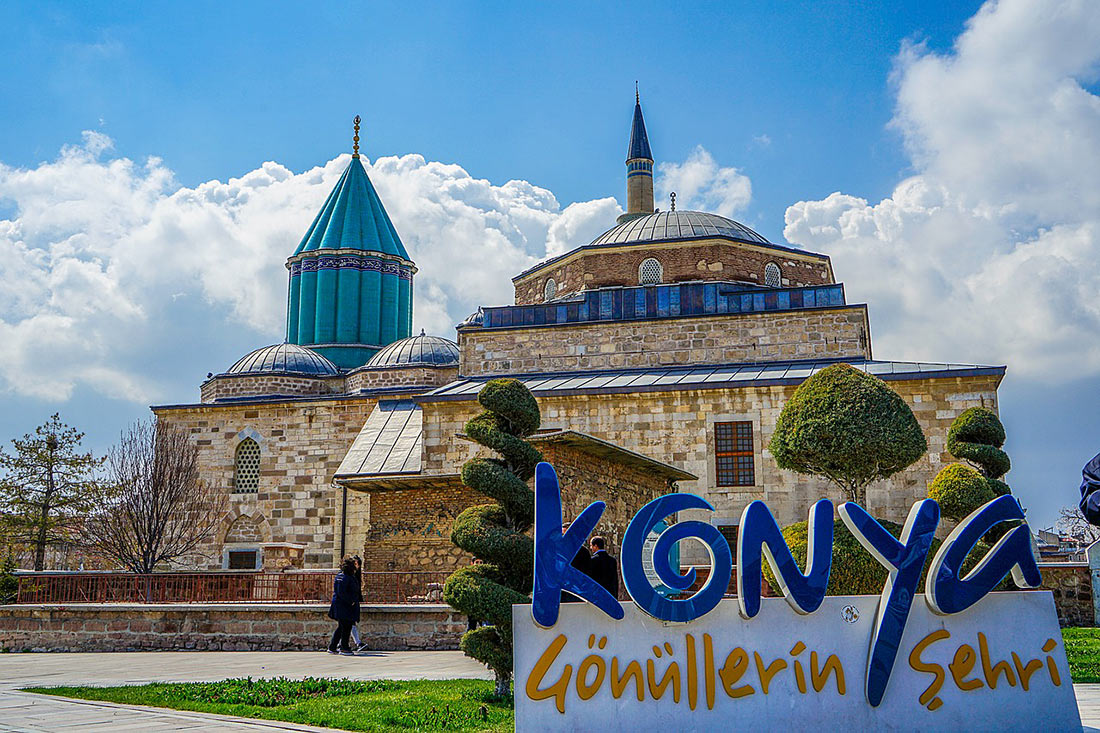 Bodrum is sometimes said to be “Little Greece”, and this comparison has a reason behind. The Greek islands are nearby, and this leaves its mark on the appearance of the resort with a special “Greek” atmosphere, which manifests itself in architecture, excursions and in nature itself. Today, its cobbled streets are home to traditional whitewashed houses and small cafes, and once a mausoleum at Halicarnassus, which is one of the wonders of the ancient world, was erected on its territory. 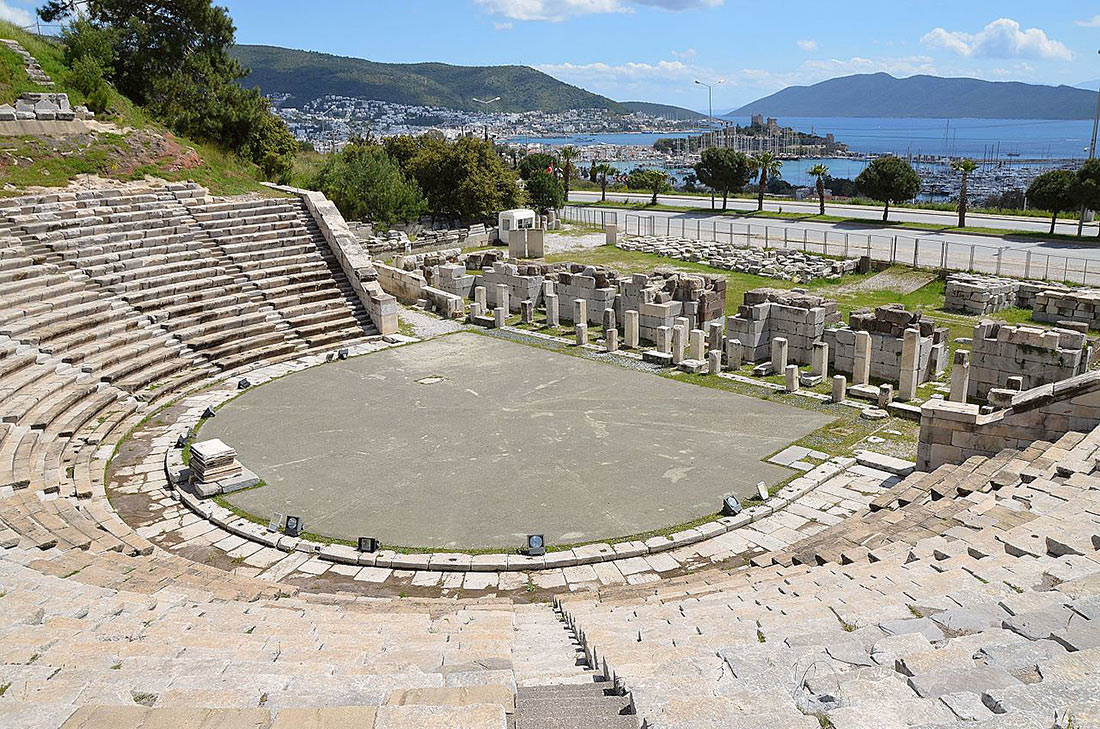 One of the best-preserved capitals of the Ottoman Empire, as well an impressive and understandable introduction to the first acquaintance with Turkey. This lively, attractive city is located on a small hill above the confluence of the Tundzha, Arda and Merich rivers near the borders with Greece and Bulgaria. 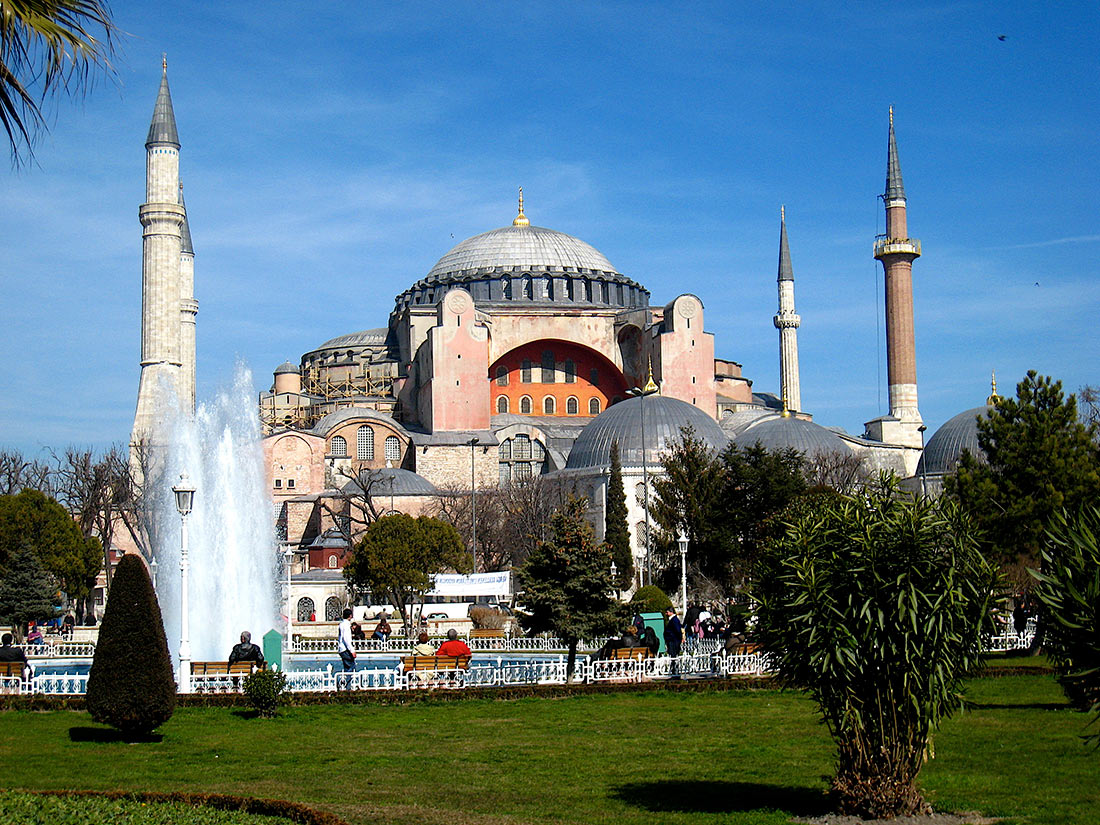 A popular resort on the Aegean Sea with long beaches and a picturesque bay where gulets, yachts and luxury cruise ships anchor. Kuşadası is a perfect starting point for exploring the great cities of antiquity: Ephesus, Priene and Miletus. Its Old Town attracts with its labyrinthine streets, colorful bazaar and good fish restaurants. 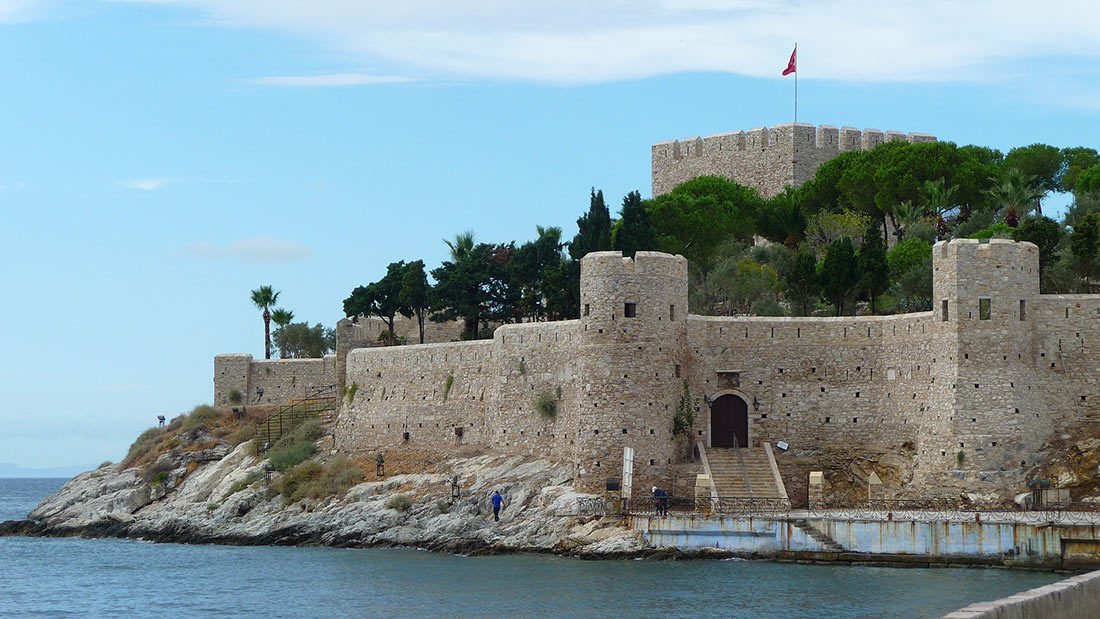 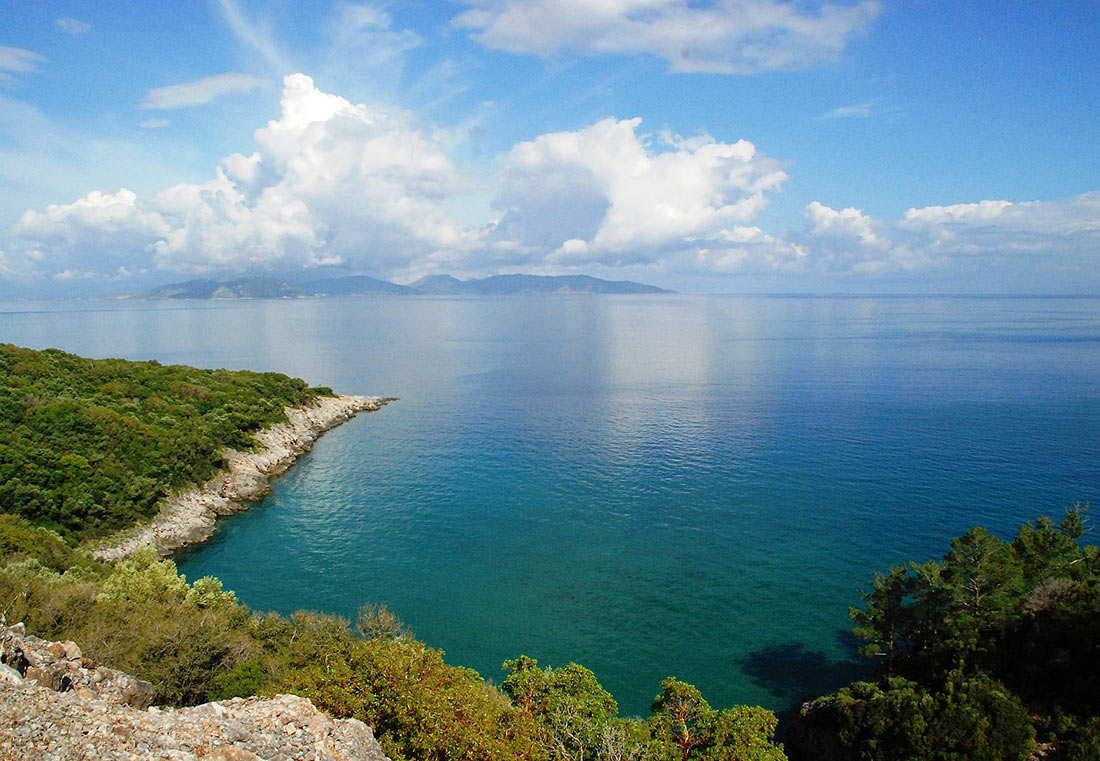 One of 7 ancient cities claiming the right to be called the homeland of Homer. Like a huge horseshoe, Izmir covers a vast bay on the eastern coast of the Aegean Sea. It is the largest business center in the country and the venue for the prestigious Izmir International Fair. 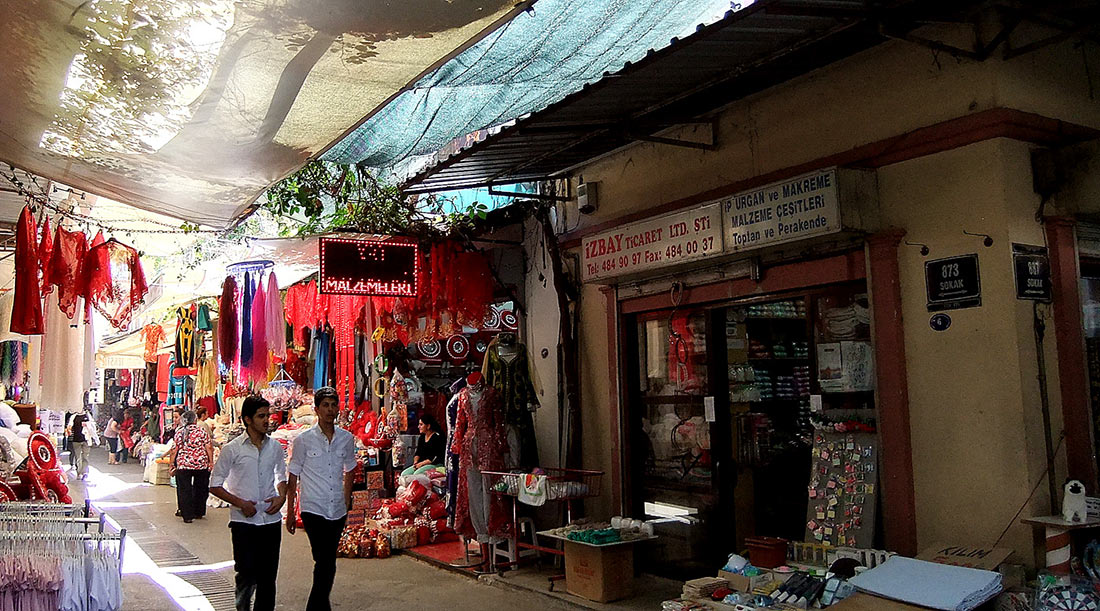 Among all Turkish resorts, Alanya can rightfully be called the most extraordinary, charming, memorable and amazing. Here you will find pristine beaches, azure waters of the sea, gentle rays of the sun and, of course, breathtaking diving, marvelous beauty of underwater caves, archaeological and historical values in the form of ancient cities built by the Greeks, and a host of other entertainments.

The town of Urgup is located in Cappadocia, and is one of the most ancient cities in this historical part of the country. Together with the nearby Göreme and Nevsehir, Urgup also combines modern features and historical surroundings. The urban architecture is closely intertwined with traditional dwelling houses and ancient tuff dwelling caves.

Undoubtedly the most famous Mediterranean resort in Turkey. The city is located in the south of the country, at the edge of a spacious fertile plain, and is the administrative center of the province of the same name. In ancient times this area was called Pamphylia. Sprawling in a picturesque bay, surrounded by lush greenery of palm trees, oleanders and lemon trees reflecting in the azure-blue sea, Antalya is surrounded on three sides by the high ridges of the Taurus Mountains, whose snow-capped peaks seem to crown it with a regal crown.

No one dares to call the largest metropolis in Turkey ordinary. Among the cities of the world, only Istanbul is located on the territory of two continents at once. On the coast, cut by the Bosphorus, Europe and Asia peacefully coexist. Over the centuries, the city has been influenced by different cultures, so that traces of Greeks, Romans and Venetians can be found everywhere. From time immemorial, merchants came here, bringing their goods and wealth. Thanks to it beautiful buildings, stunning cathedrals and mosques, fantastic palaces were built.

Grand palace in Bangkok: one of the most striking architectural ensemble...