Home Destinations Africa Dades Gorge: one of the most fascinating canyons in the world
DestinationsAfrica

The Dades Gorge in Morocco was carved by a river that separates the High Atlas and Antiatlas (Small Atlas) mountain ranges. Recently, the 100-kilometer gorge and the nearby Berber Kasbahs have become a popular tourist attraction. Millions of years ago, this place was the bottom of the sea.

The Dades Road, also known as the Road of a Thousand Kasbahs, stretches 160 kilometers from Ouarzazate east of Tinghir. The Kasbah is a kind of Moroccan fortress house in which sedentary people hid from the raids of nomads. The winding road offers stunning views of the gorge and amazing historical fortresses. Tourists often call this place the most unforgettable in Morocco. 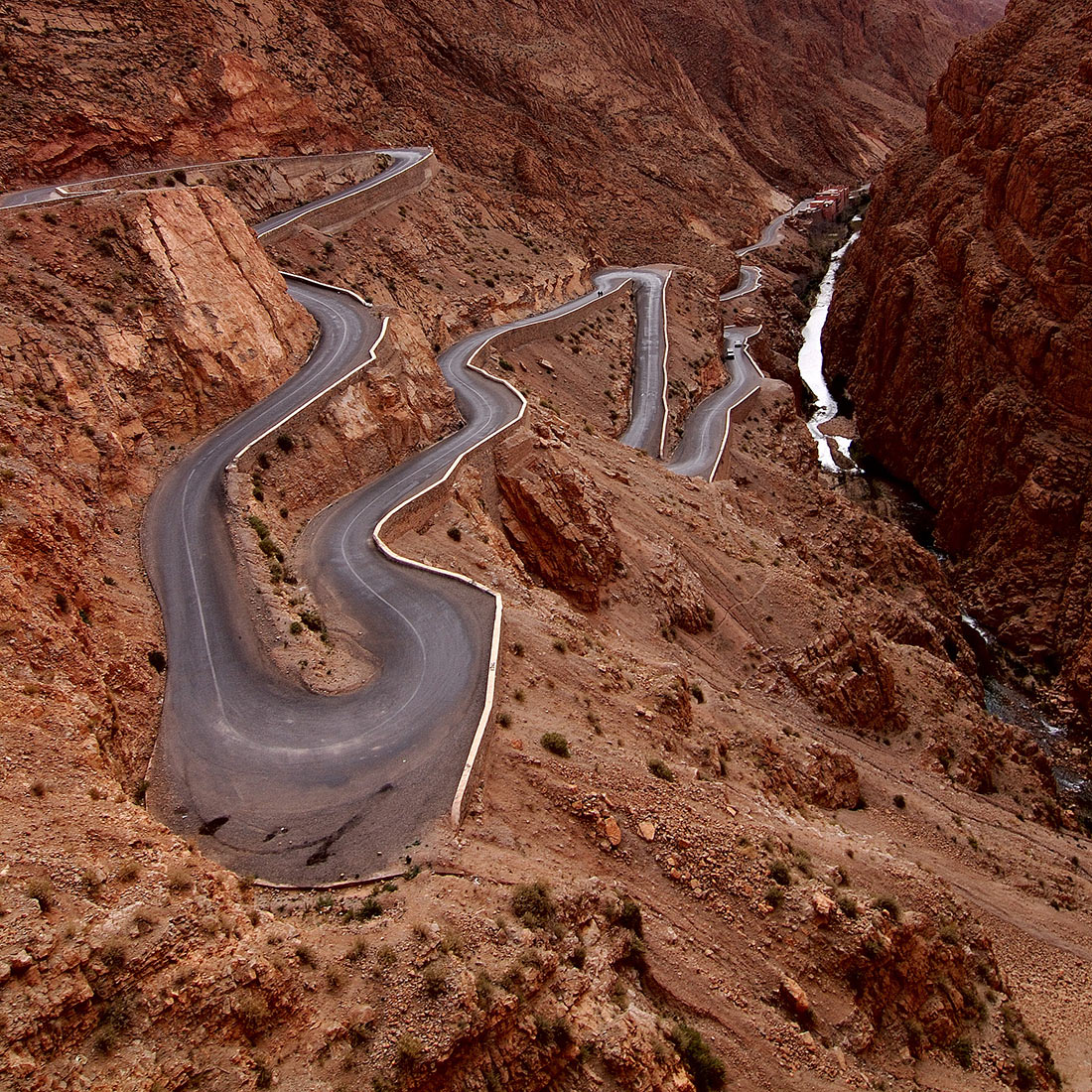 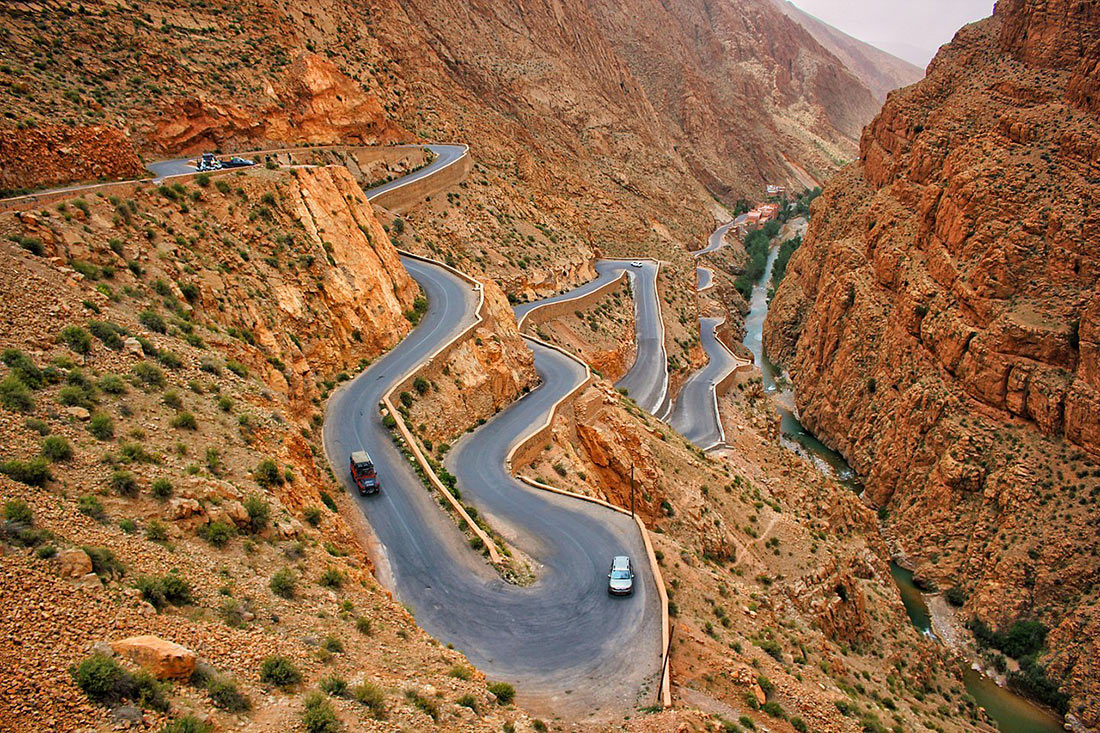 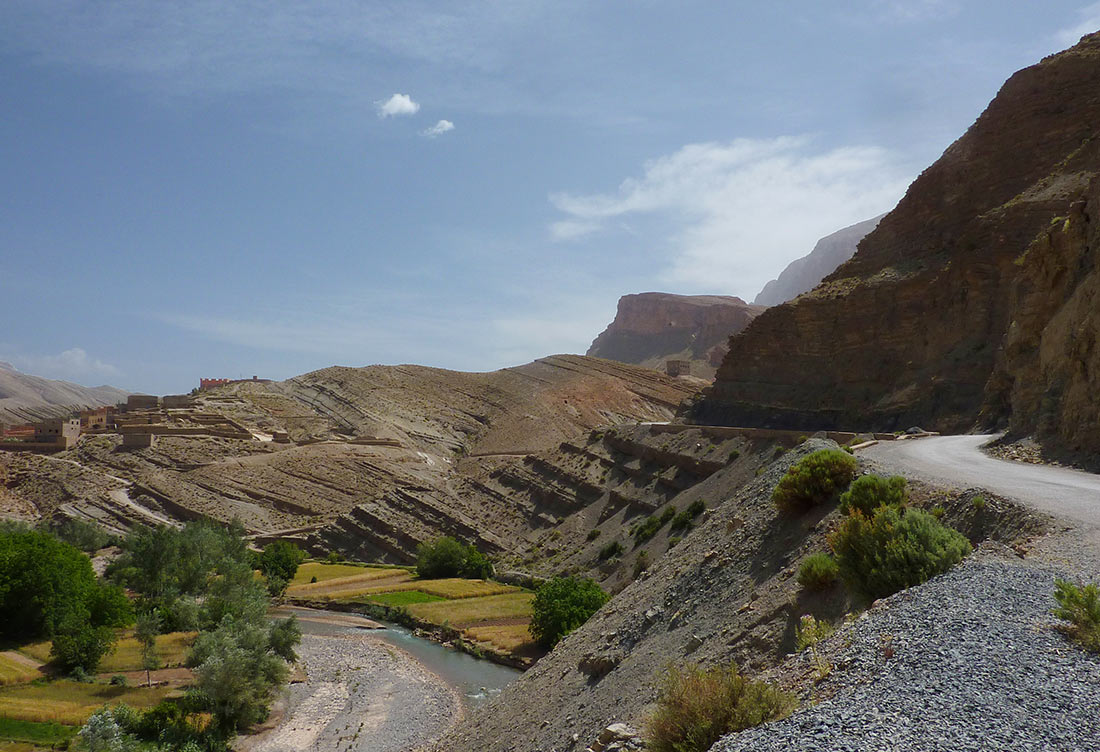 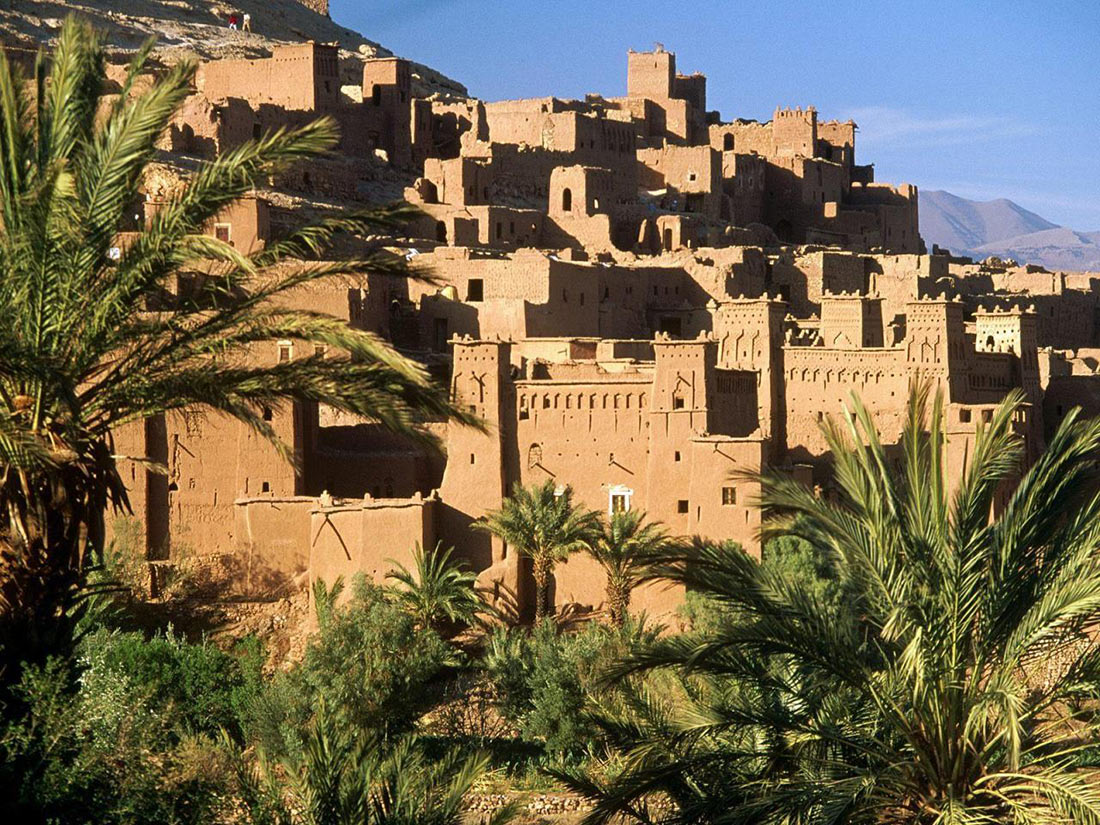 Travelers can enjoy amazing landscapes. Guides help them explore the amazing rock formations known as Monkey Fingers. In some places, their height reaches 500 meters! A walk in the gorge is breathtaking, because some of the serpentine roads pass deep between sheer cliffs. 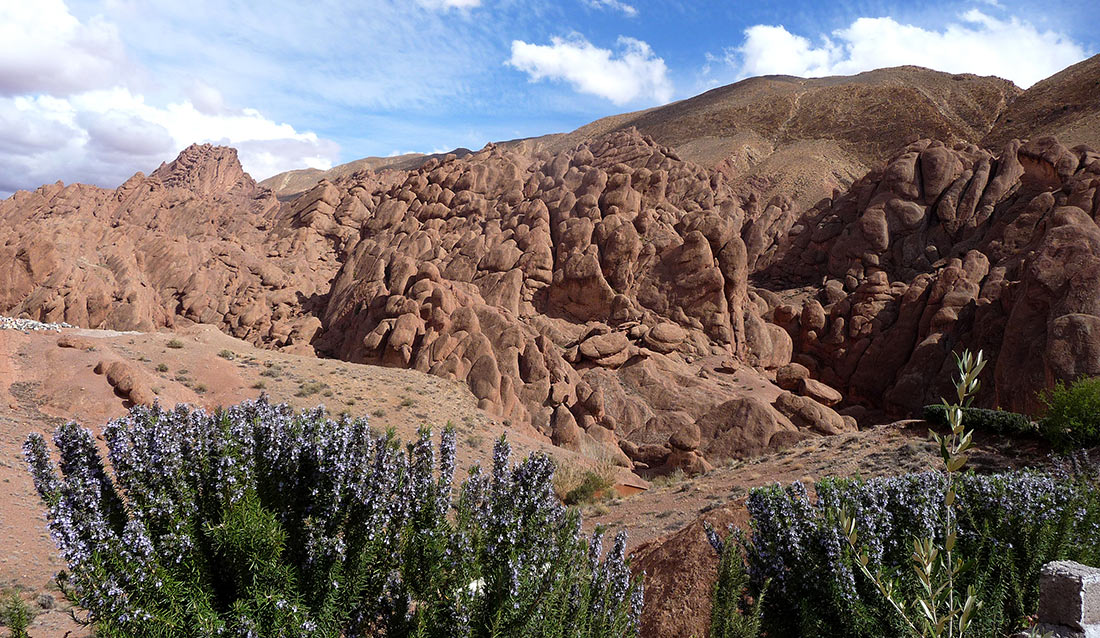 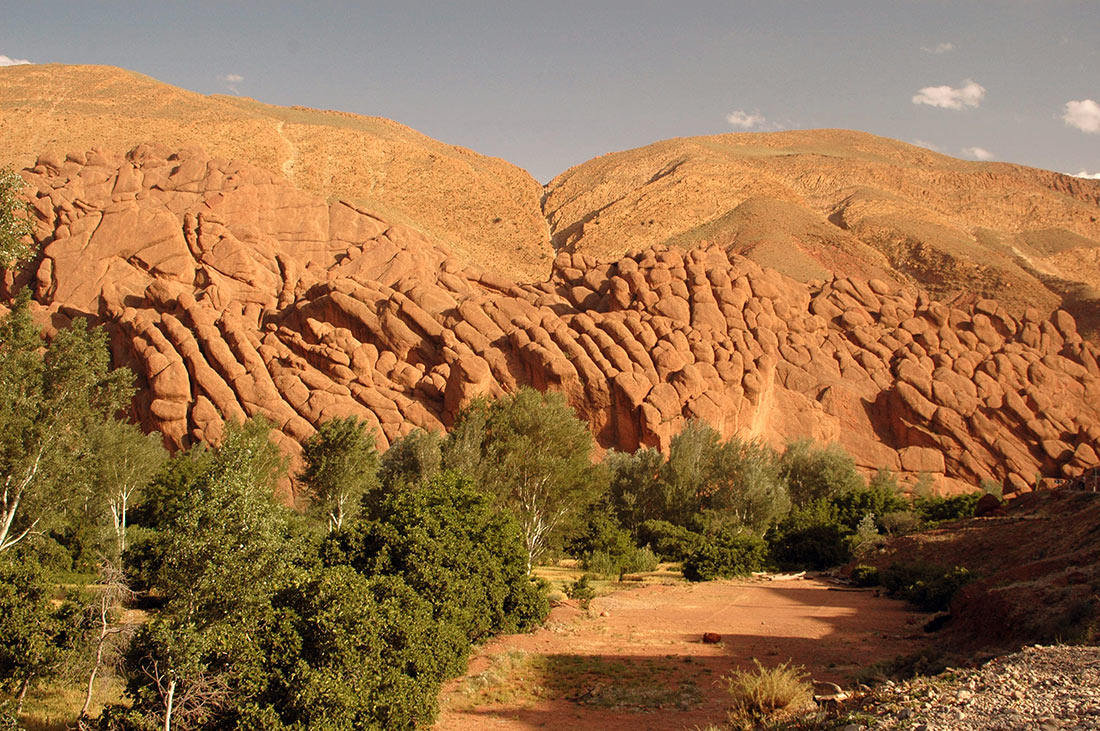 While traveling through the canyon, you can see small towns where Berbers still live and cherish their centuries-old traditions. Their unusual houses, combined with the surrounding nature, create truly unforgettable landscapes. 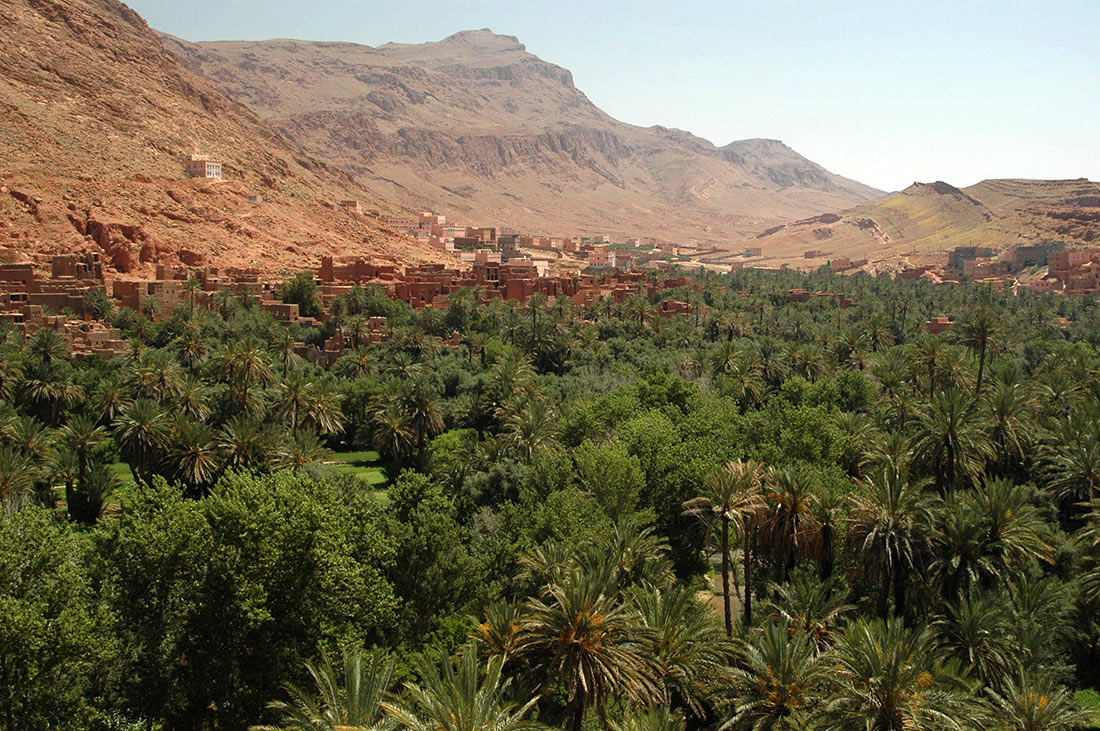 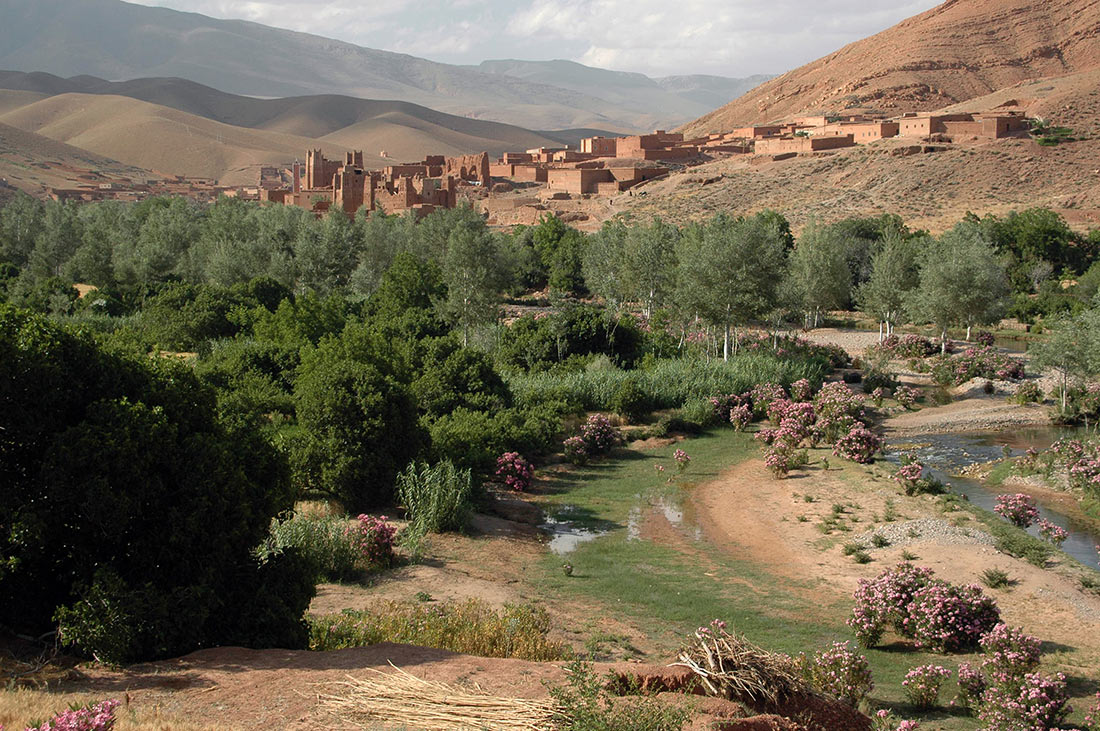 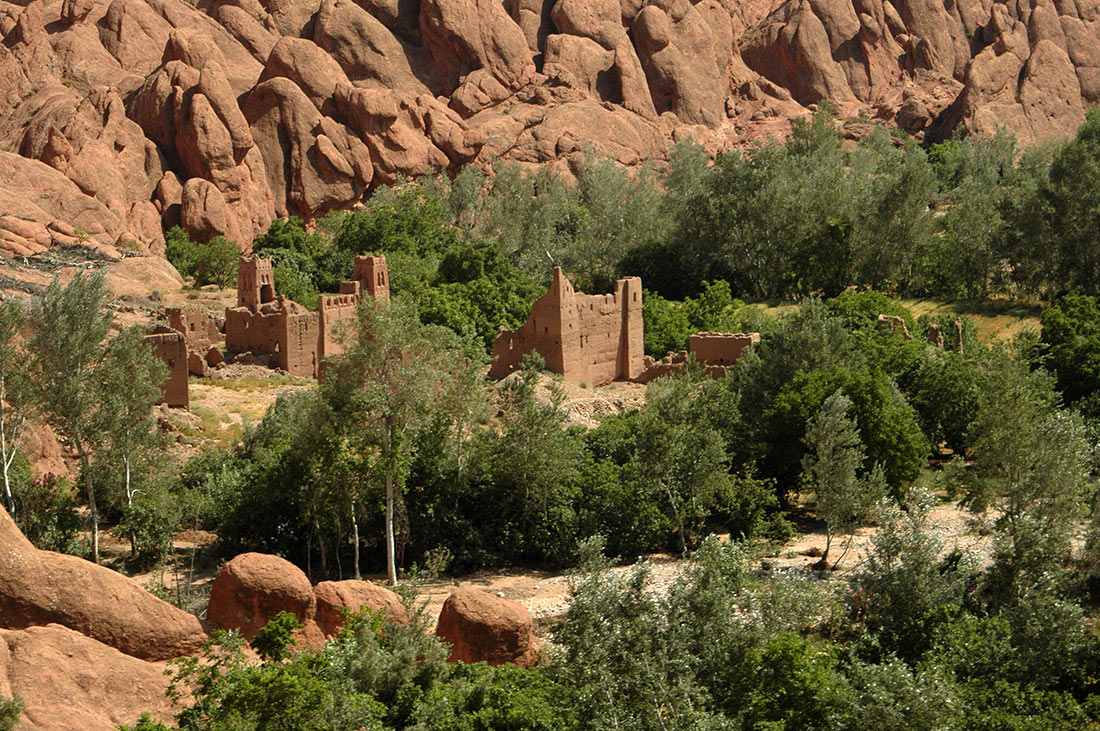 Dades gorge, with the eponymous river on the bottom of it, is surrounded by a desert with small occasional oases. Here is the coolness and lush greenery, which dramatically contrasts with the red rocks and lifeless land. The local soil is fertile, so wheat, almonds, barley and other crops are actively cultivated here. 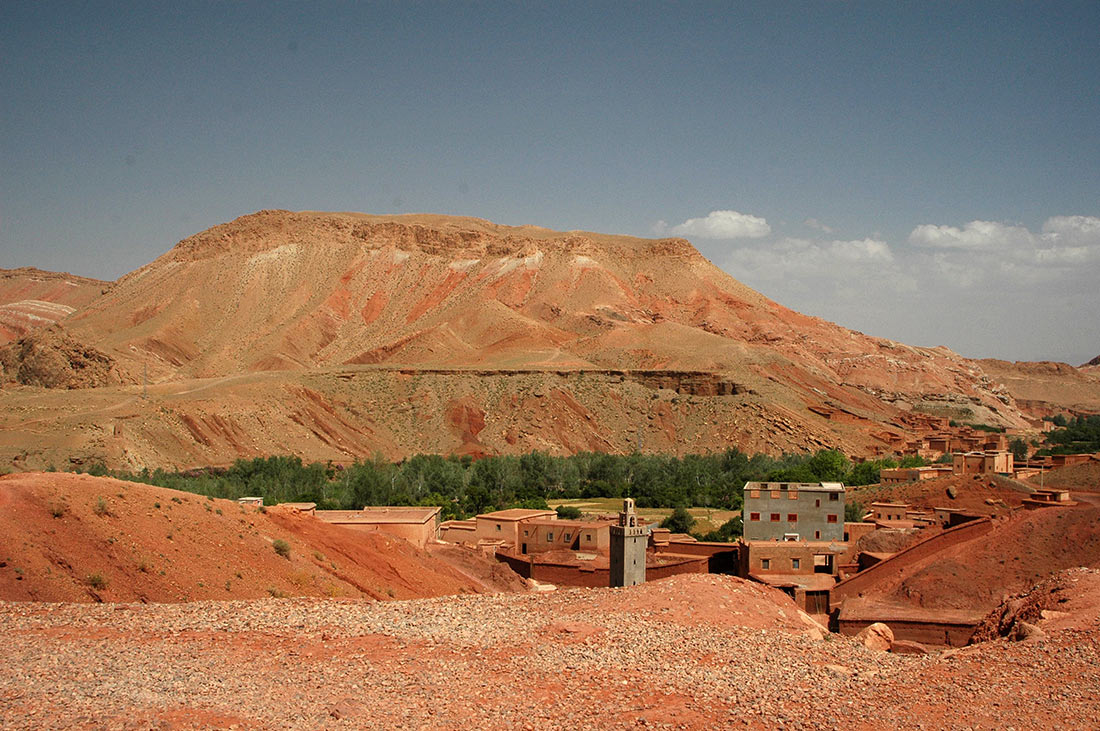 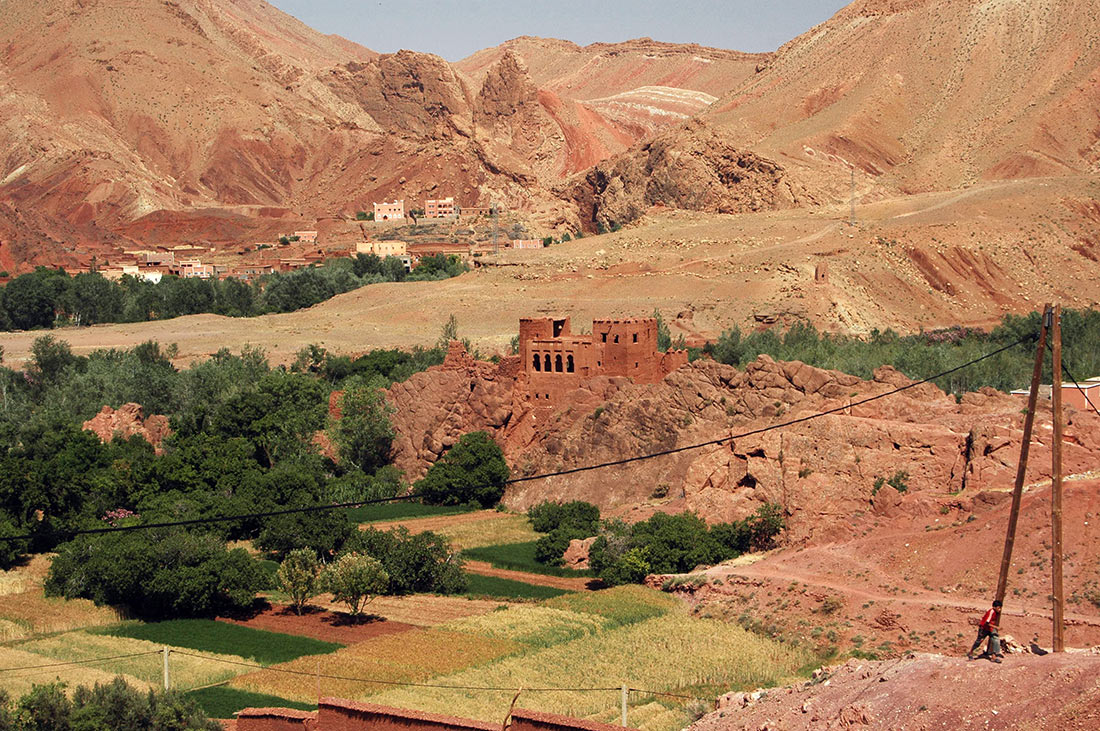 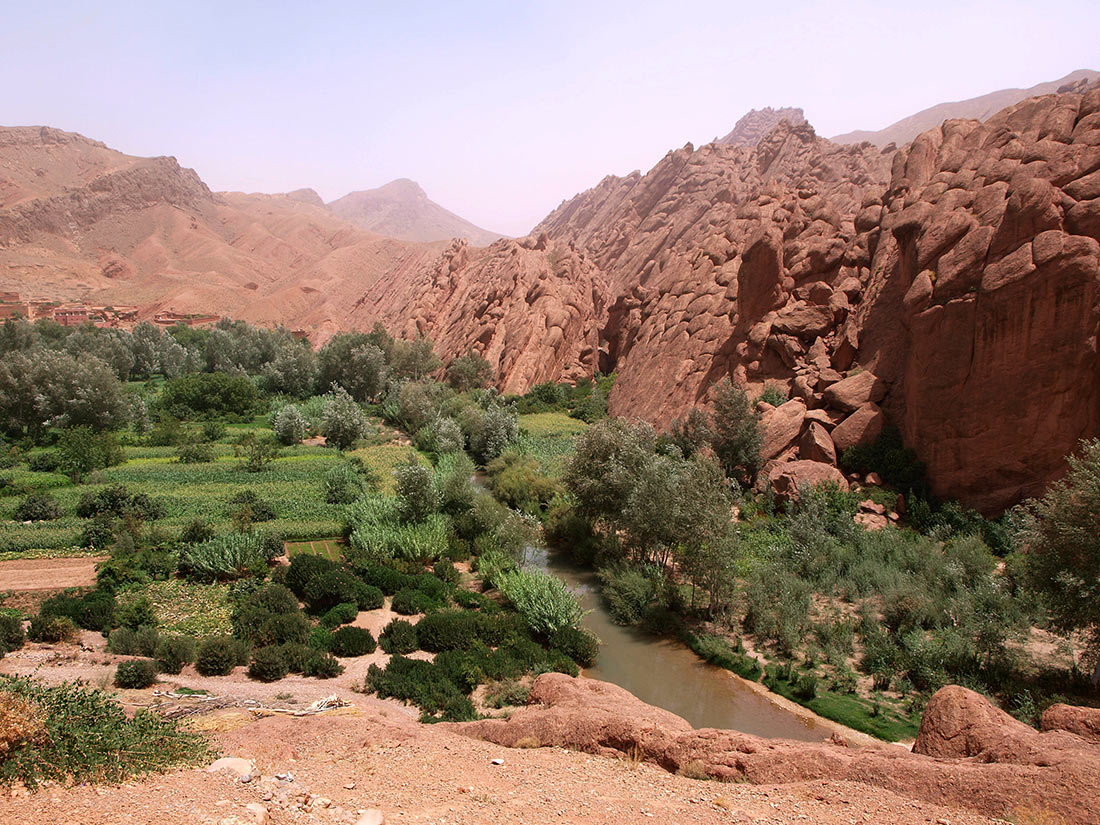 Although the Dades Gorge is far from being the largest in the world, it is one of the most beautiful. Great views and amazing trips or hikes around always leave unforgettable impressions that will last for years! The lower valleys are best visited from March to May, and the mountains from May to July. Anyway, whenever you come here, you will remember the magic of this amazing place for a very long time! 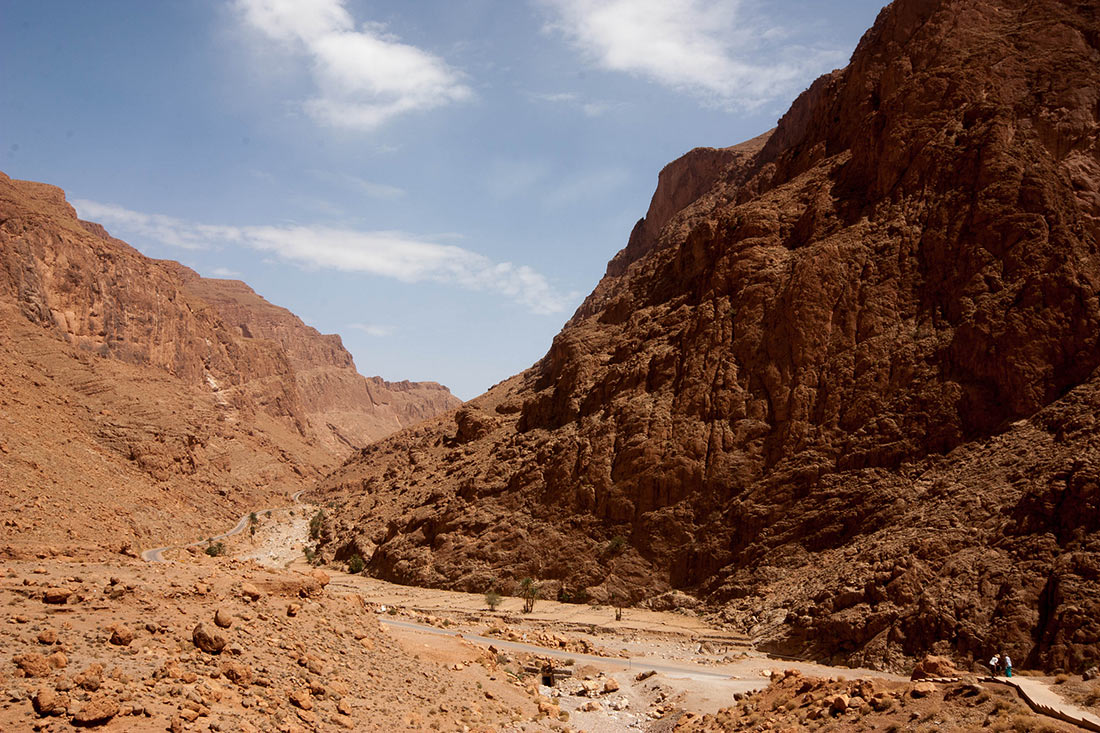 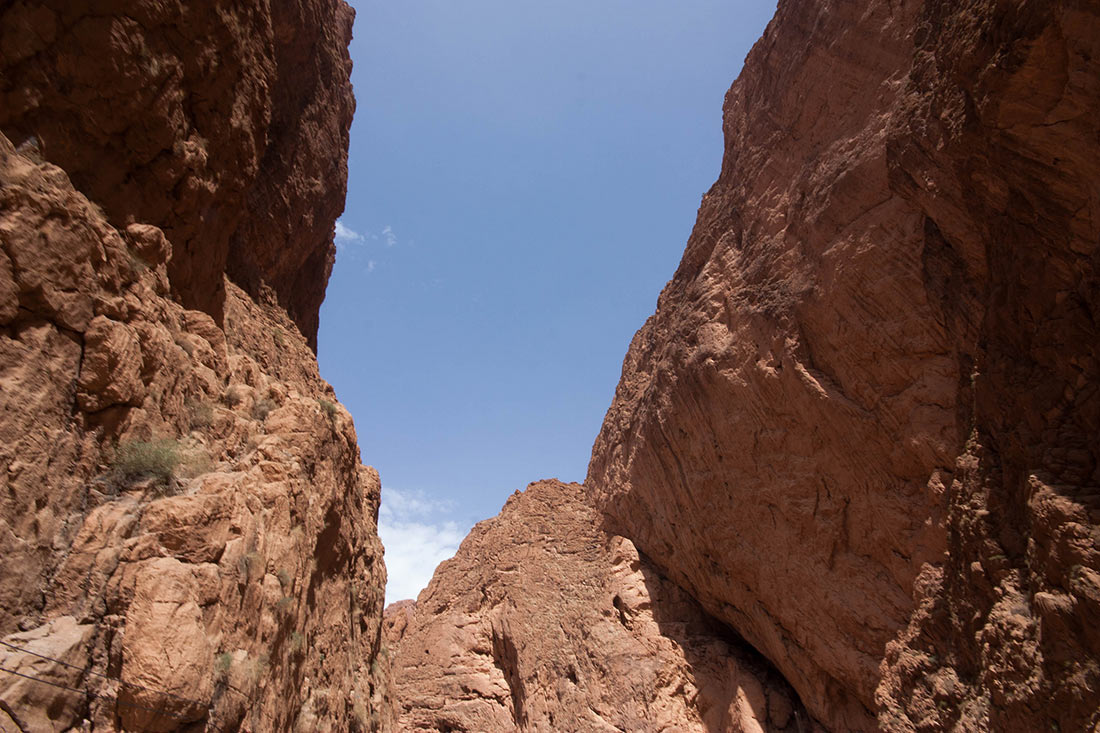 The Dades Gorge on map:

Cape Verde: an underrated destination in the Atlantic Ocean