Home Destinations Africa It's hard to believe, but this haystack on a pole is a...
DestinationsAfricaInteresting

It’s hard to believe, but this haystack on a pole is a real natural wonder!

They build massive nests that from a distance look like a giant haystack that has suddenly fallen on a pole. These nests are usually based on trees or telephone poles. The birds make a frame out of large sticks and then build the walls out of dry herbs. They create separate “rooms” inside, which are lined with softer grasses and fibers. Sharp straw thorns protect the entrance tunnels from predators. These nests are the largest of all nests built by birds. They can hold up over a hundred pairs of birds. Often, several generations of weavers live in such a huge nest at the same time. It may stay occupied spanning for more than 100 years! 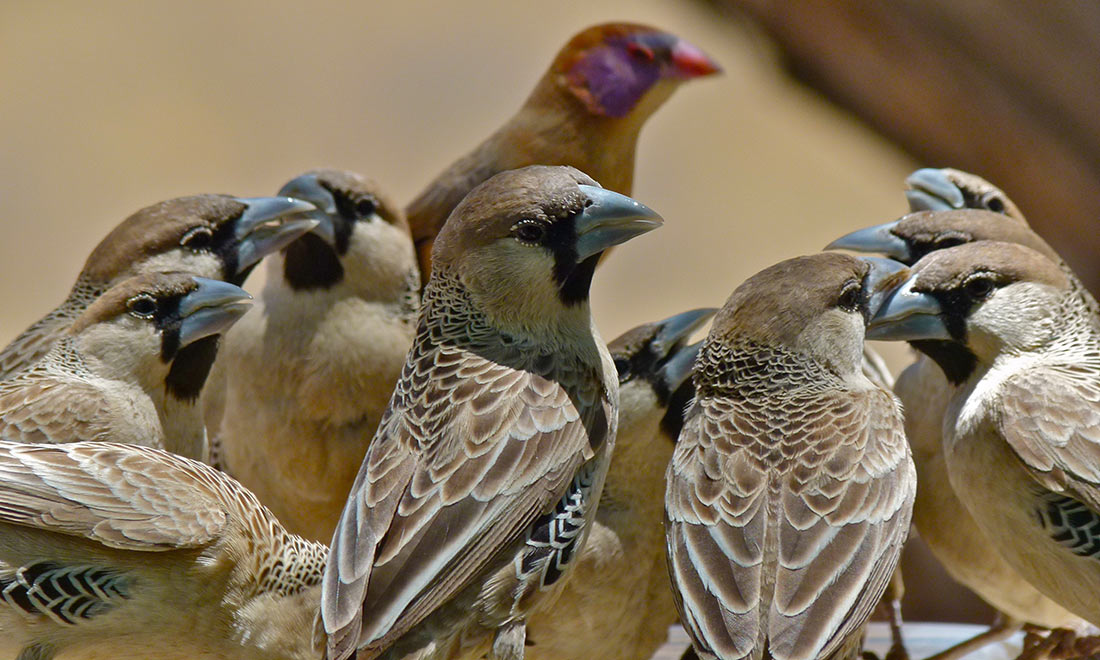 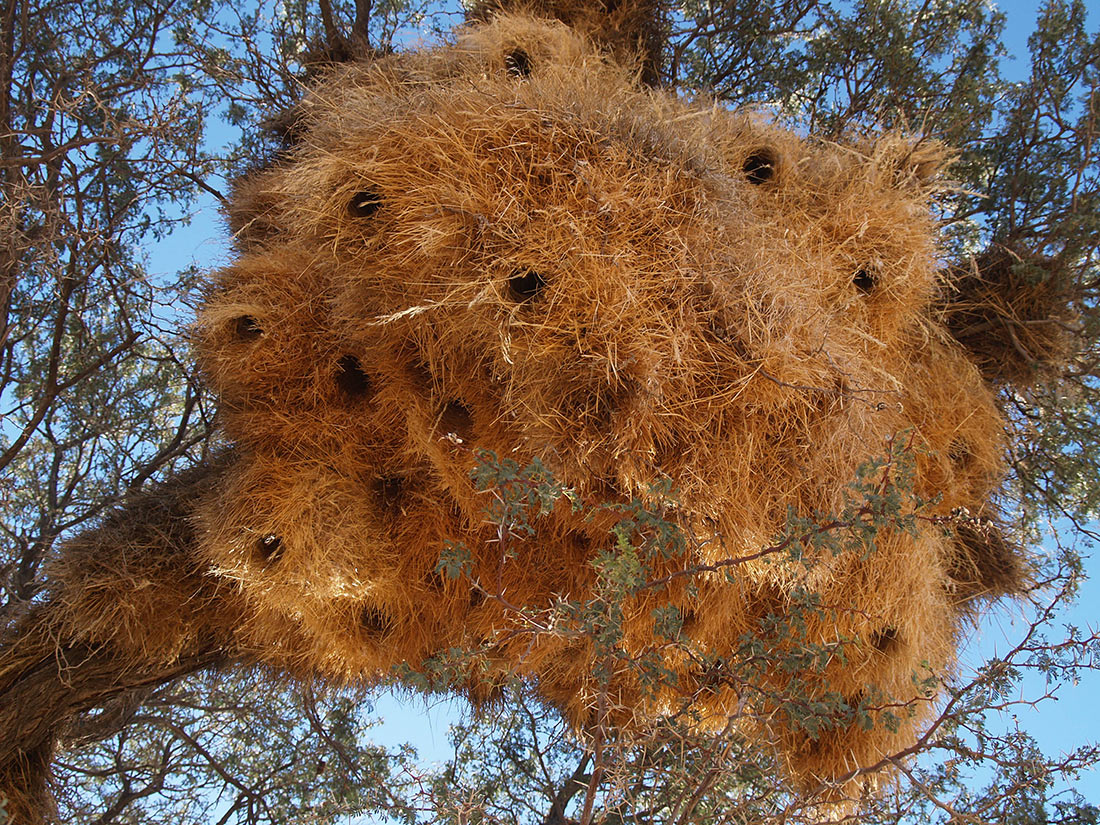 The nests are well structured and provide birds with a more comfortable temperature than the environment. The central chambers retain warmth better and are used for overnight stays. Outer cameras are used for hiding during the day. The temperature in them is 7-8 degrees Celsius, while the air temperature outside ranges from 16 to 33 degrees. 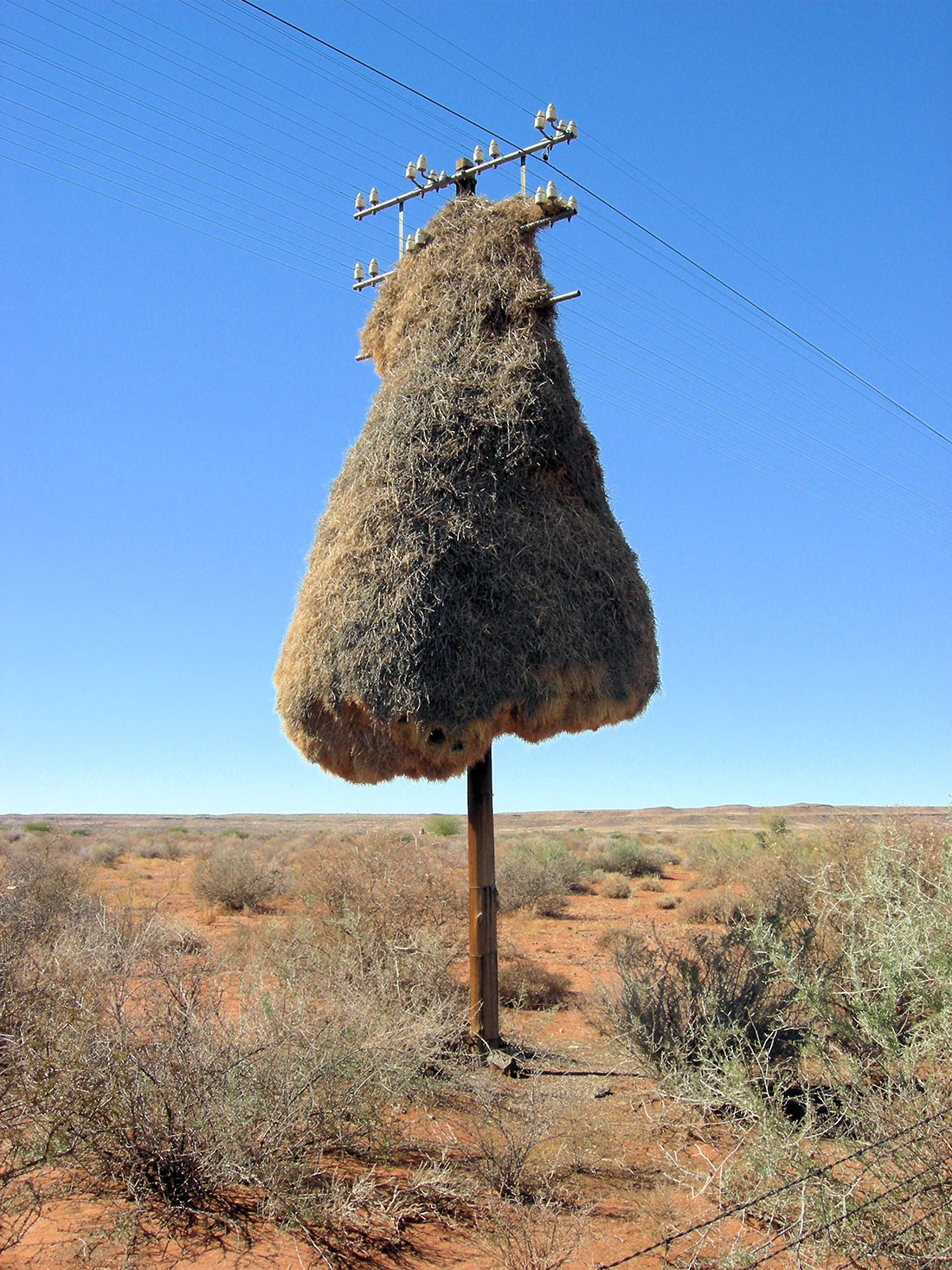 Such a huge nest is divided into “apartments”, each of them is home to a pair of birds: a male and a female. The largest colonies can exist for a hundred years or more. 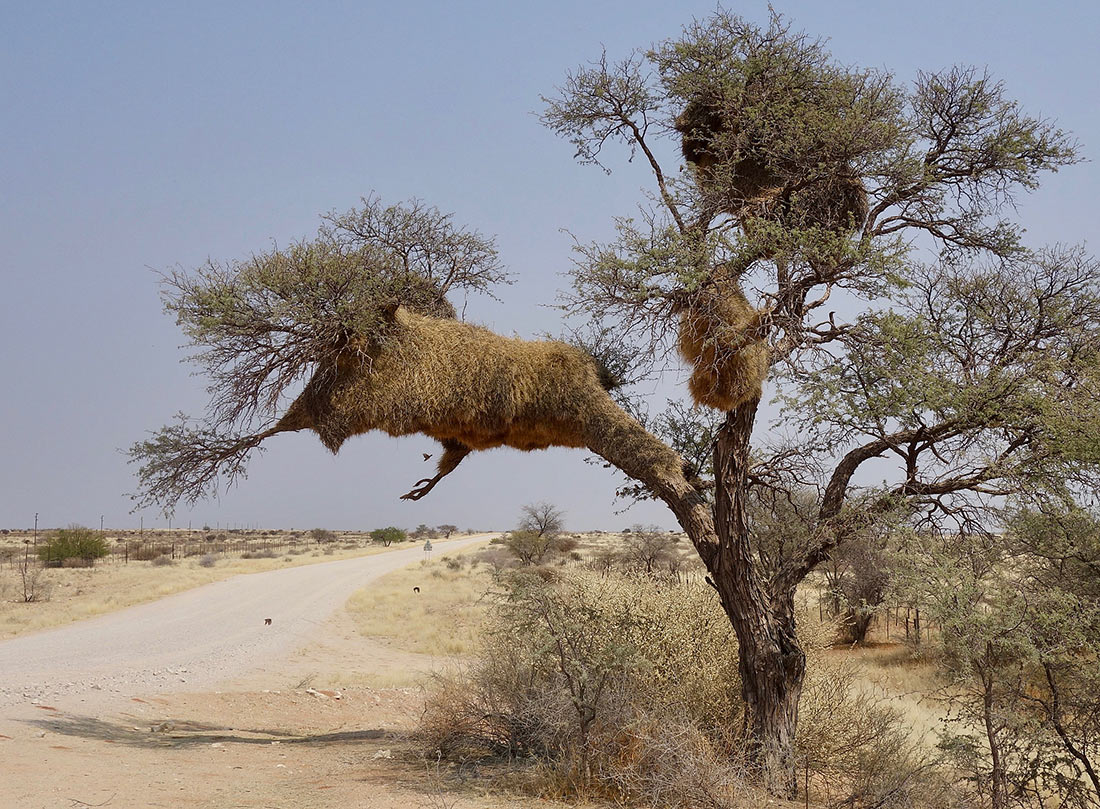 Why the birds are called “social?”

They got this name not because they live in large colonies, but because they share their nests with several other bird species, including owls, vultures, eagles, red finches and many others. Large birds warn nest inhabitants about danger. Besides, the owners of the nest often learn from other birds where they can find food. 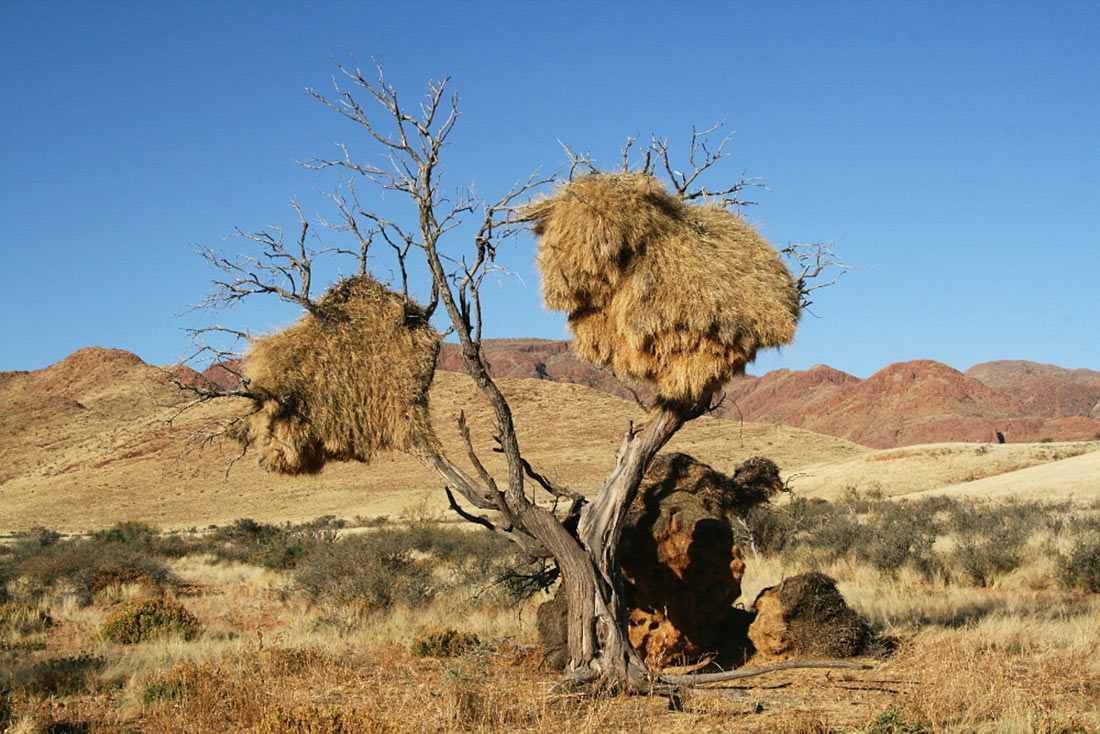 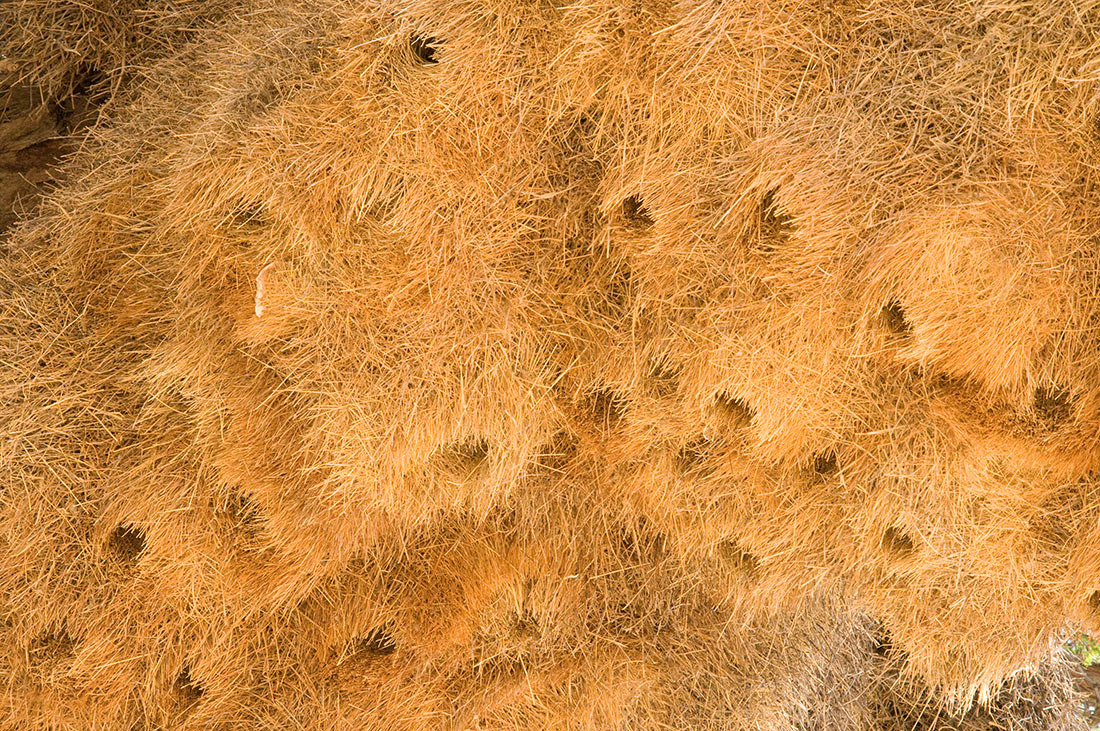 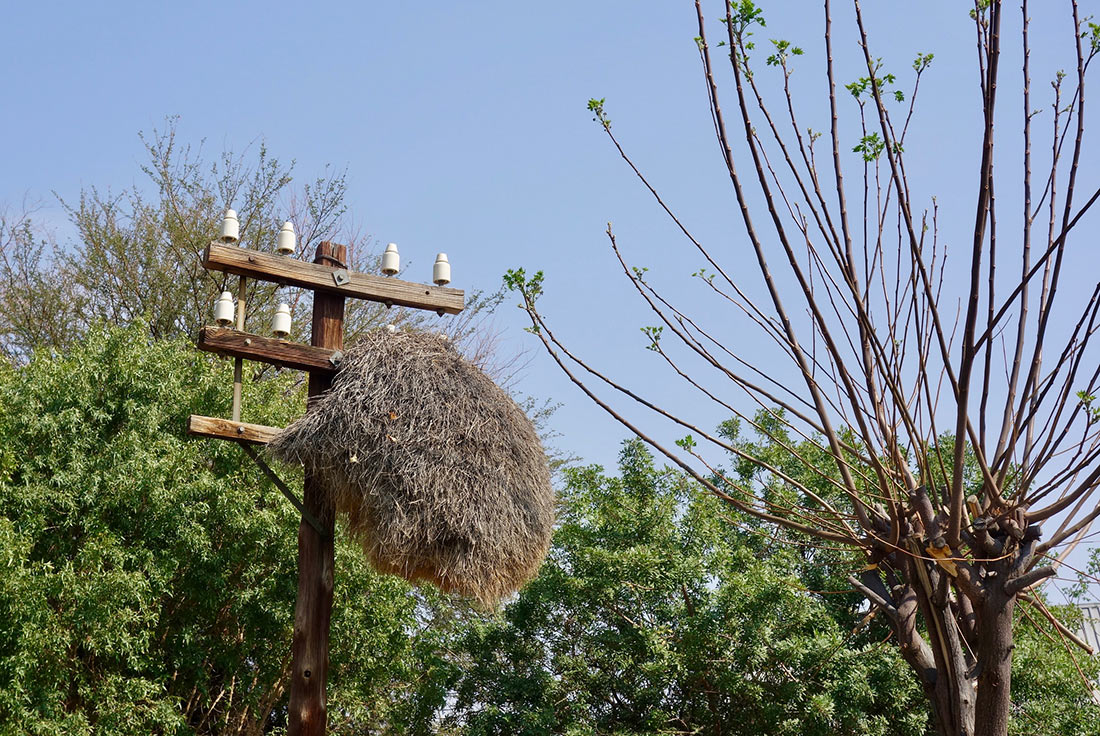 The bird lives in South Africa, preferring the semi-arid sandy savannah of the southern part of the Kalahari Desert. The likely reason for this choice of place of residence is the heat. The huge nests of the weavers are made of grass, and the best one grows in the southern part of the desert. Besides, here, in contrast to the central and northern parts, there is less chance of fires that can easily destroy huge bird houses. 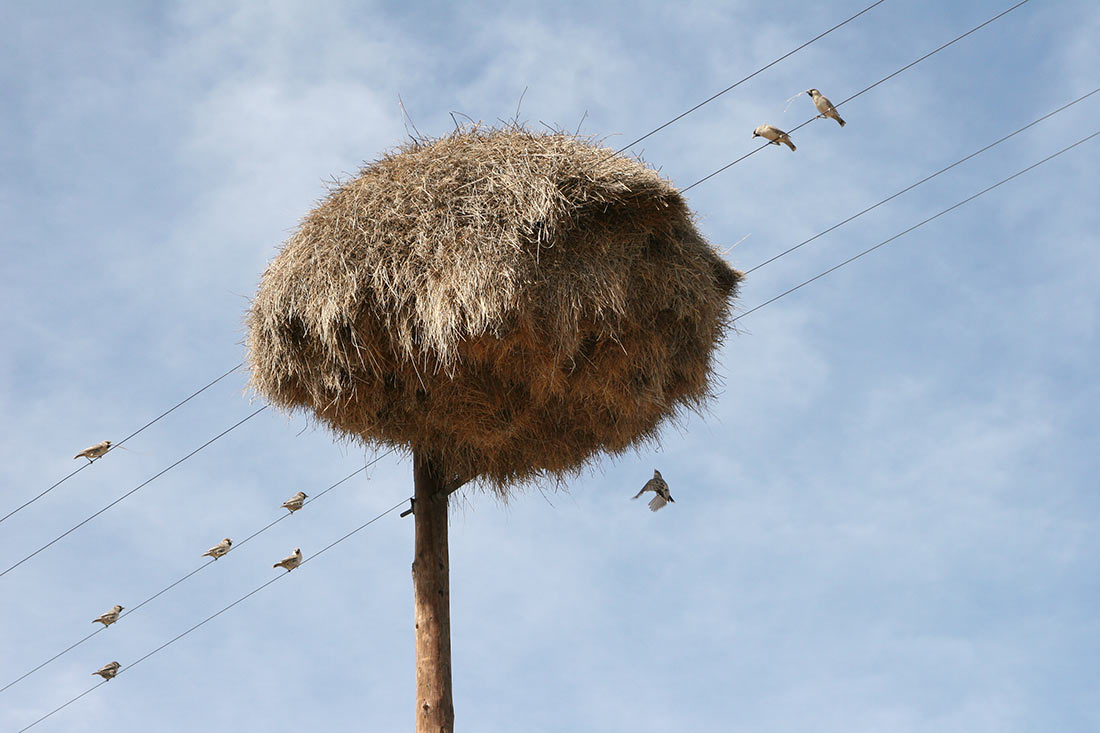 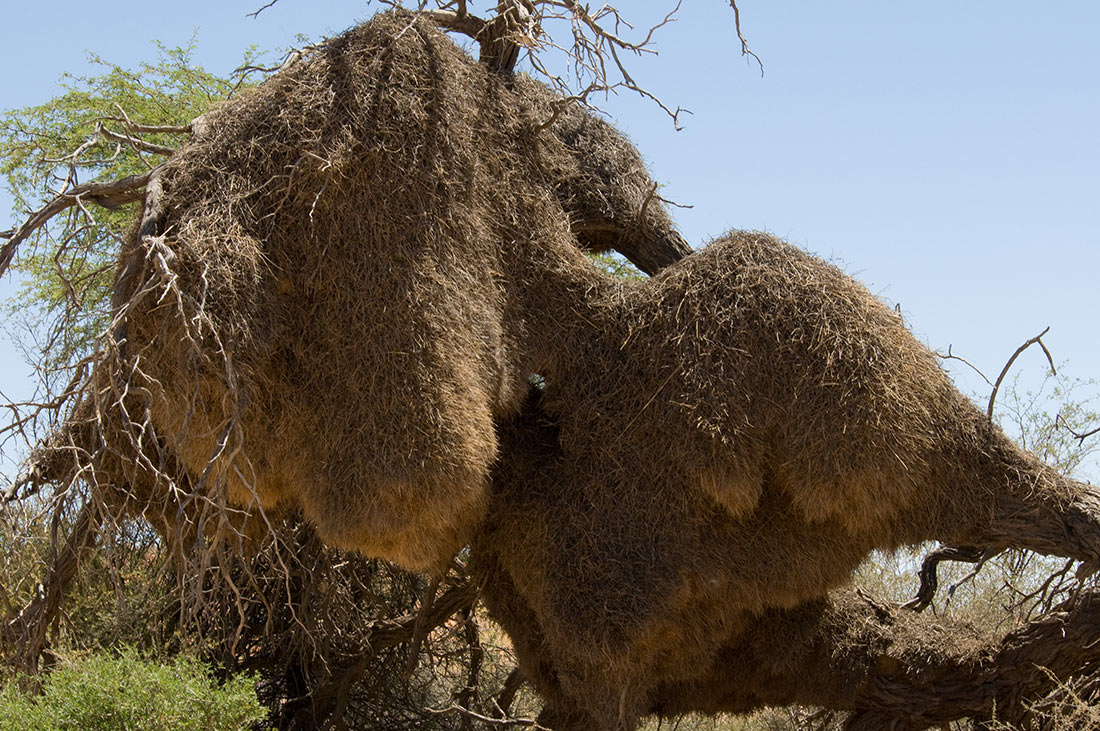 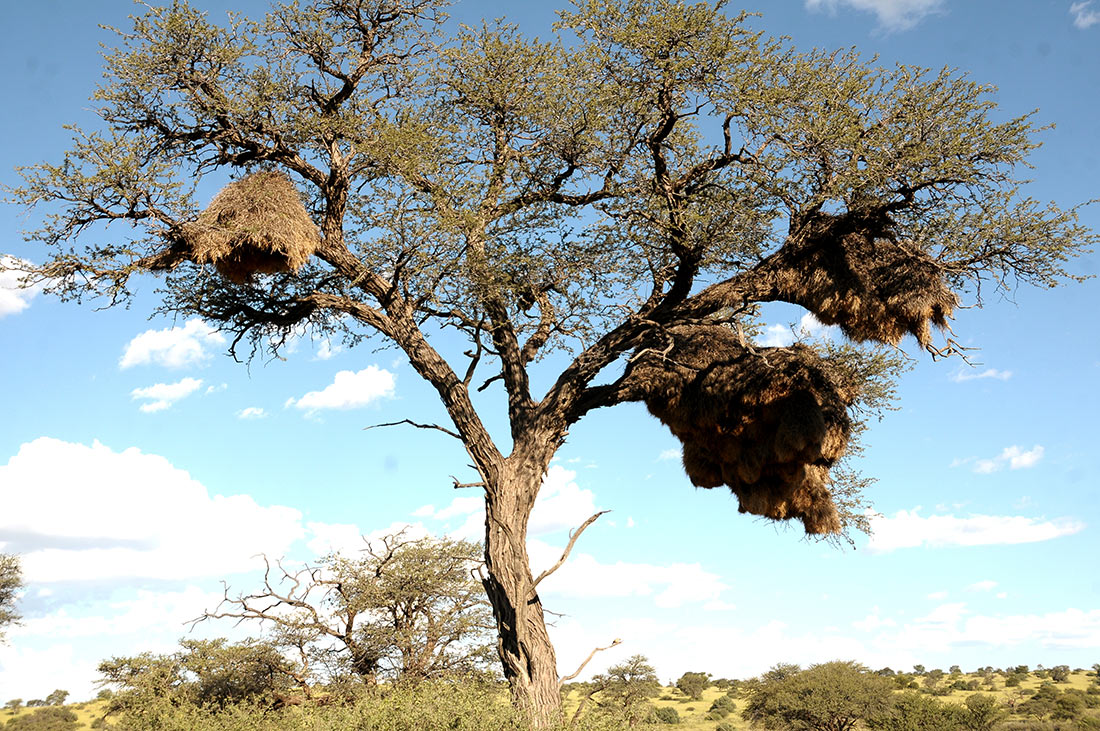