Cologne is the fourth largest city in Germany and the largest city in North Rhine-Westphalia state. Besides, it is historical, cultural and economic capital of the Rhineland. The city is beautiful itself, but when you already got an unforgettable impression of the Cologne Cathedral (the third largest in the world!) and other interesting places, you may start looking for some best day trips from Cologne. So, it is time to find the day and go to see the neighborhood, because it’s literally packed with interesting things!

It was built in the XII century in the valley of a small river of the same name. This amazing castle throughout its almost thousand-year history has never been besieged, so now we can see it in almost perfect condition. In addition, since the construction it is owned by one and the same family! 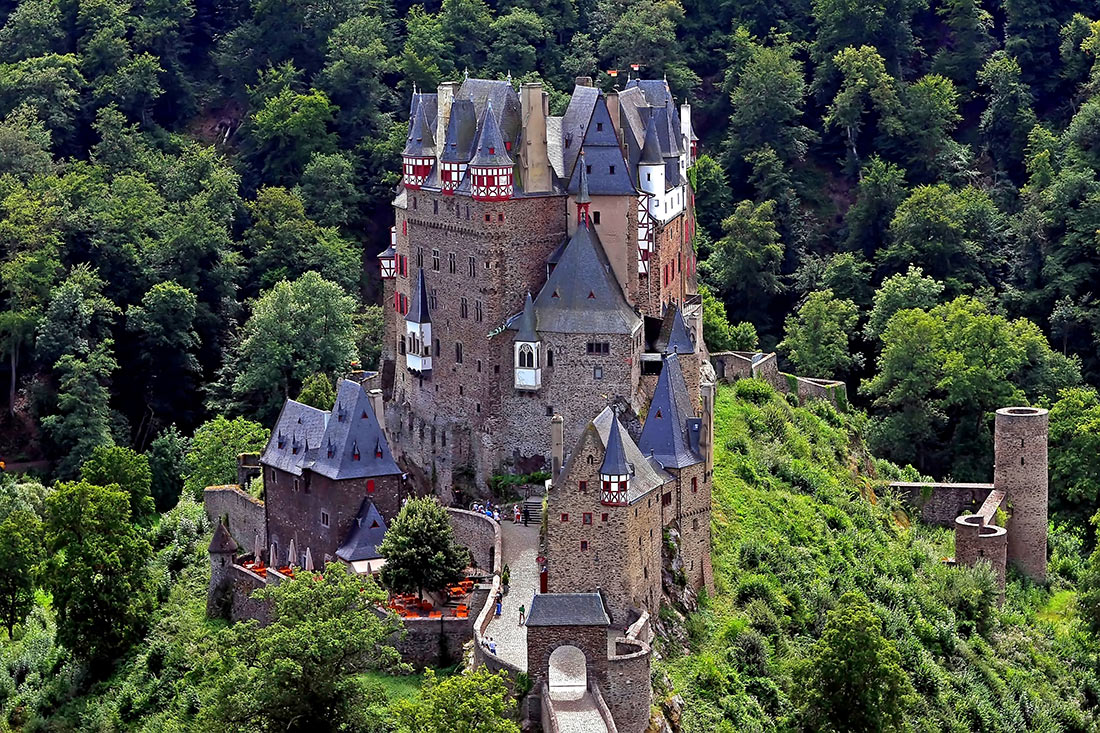 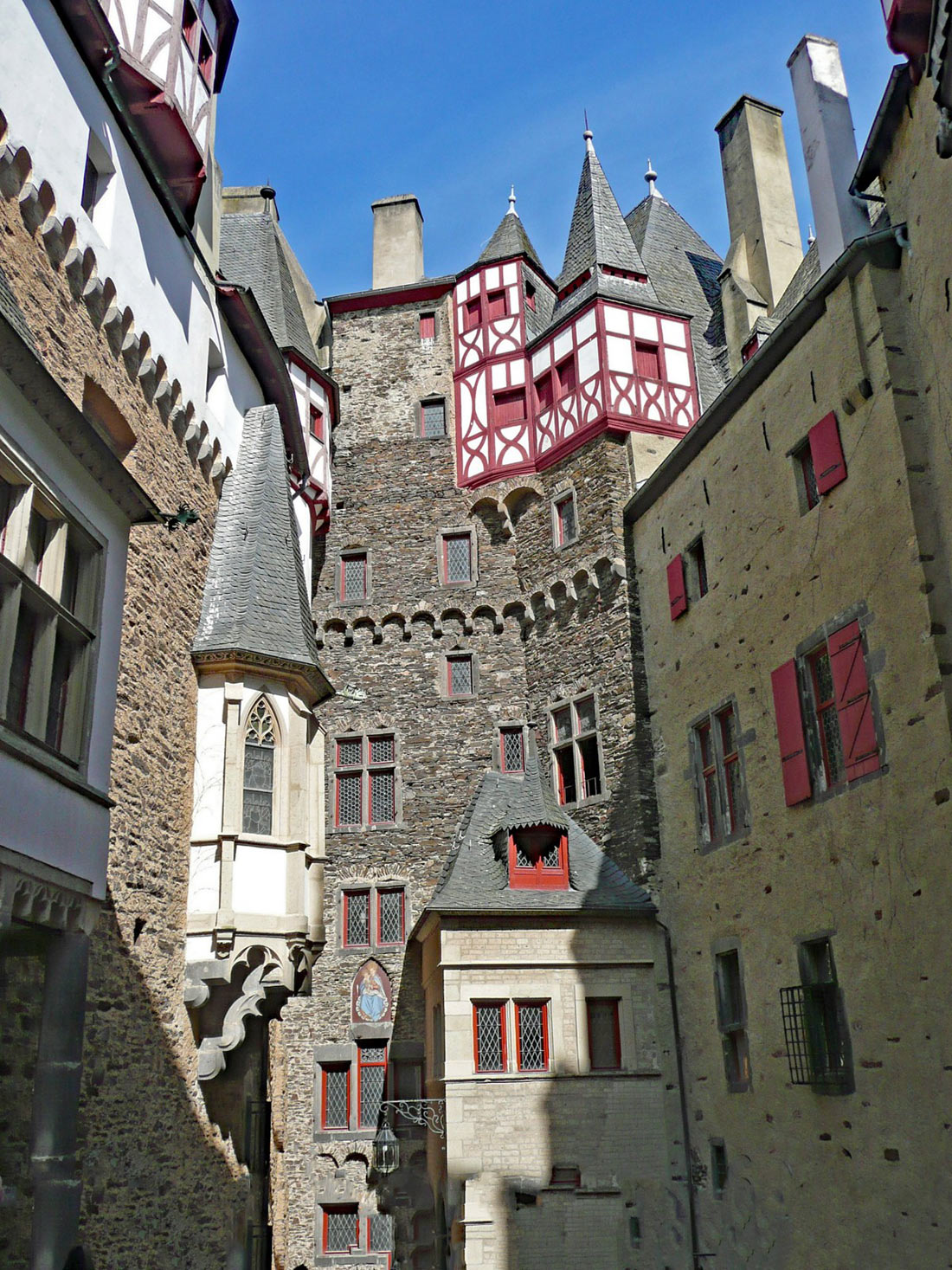 Construction of this castle was begun in 1051. In the course of years it changed several owners, and in 1668, the troops of Louis IV seized the castle, and later mined it and blew it up. Together with the castle the city of Cochem was destroyed as well. In 1868, entrepreneur Louis Ravené became its new owner. He started serious reconstruction which helped to revive the ancient building. Luxuriously furnished rooms will undoubtedly delight lovers of Renaissance and Baroque interiors. 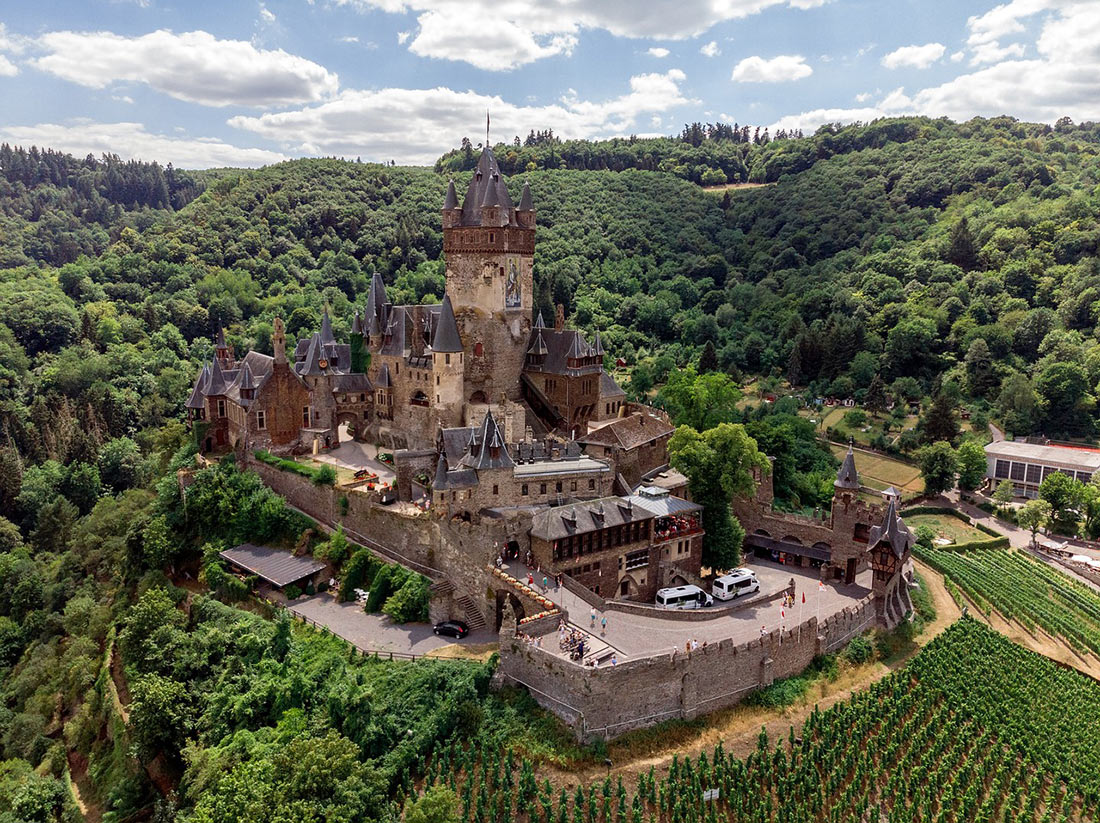 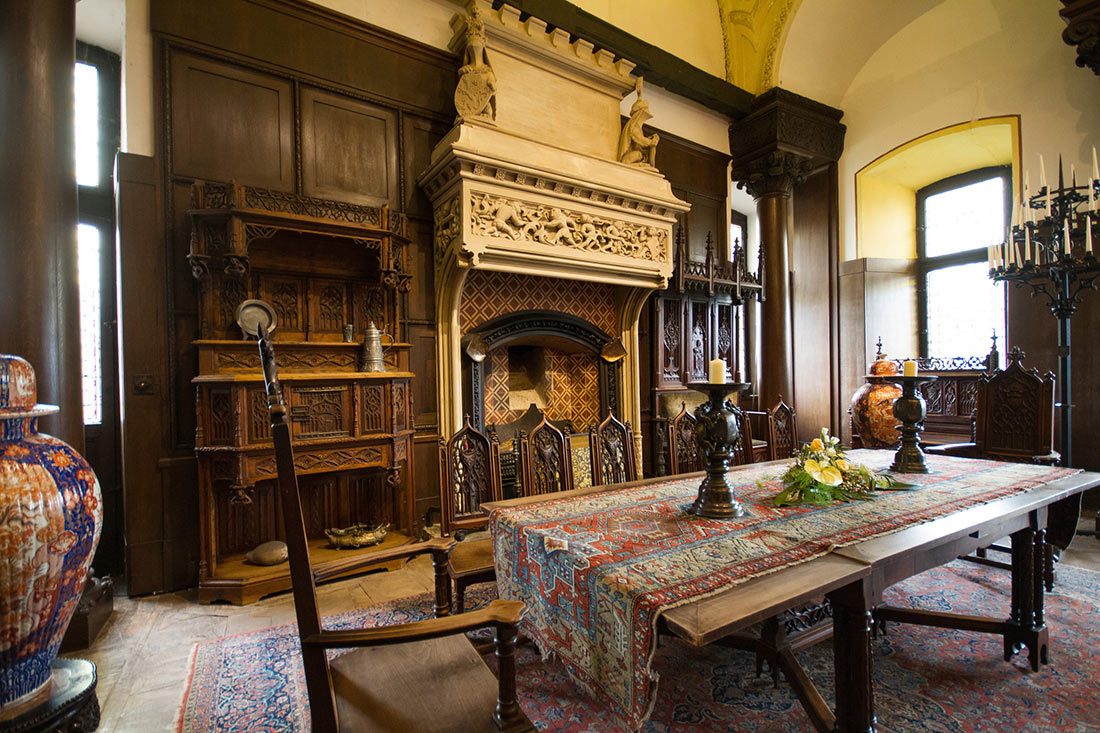 The main attraction of this city is the Wuppertal Suspension Railway — the most unusual form of public transport. This is the oldest monorail road in the world, which, besides, is also suspended! Surprisingly, it is the safest transport in the world: in 96 years of the existence of Schwebebahn Wuppertal, only one fatal incident took place. 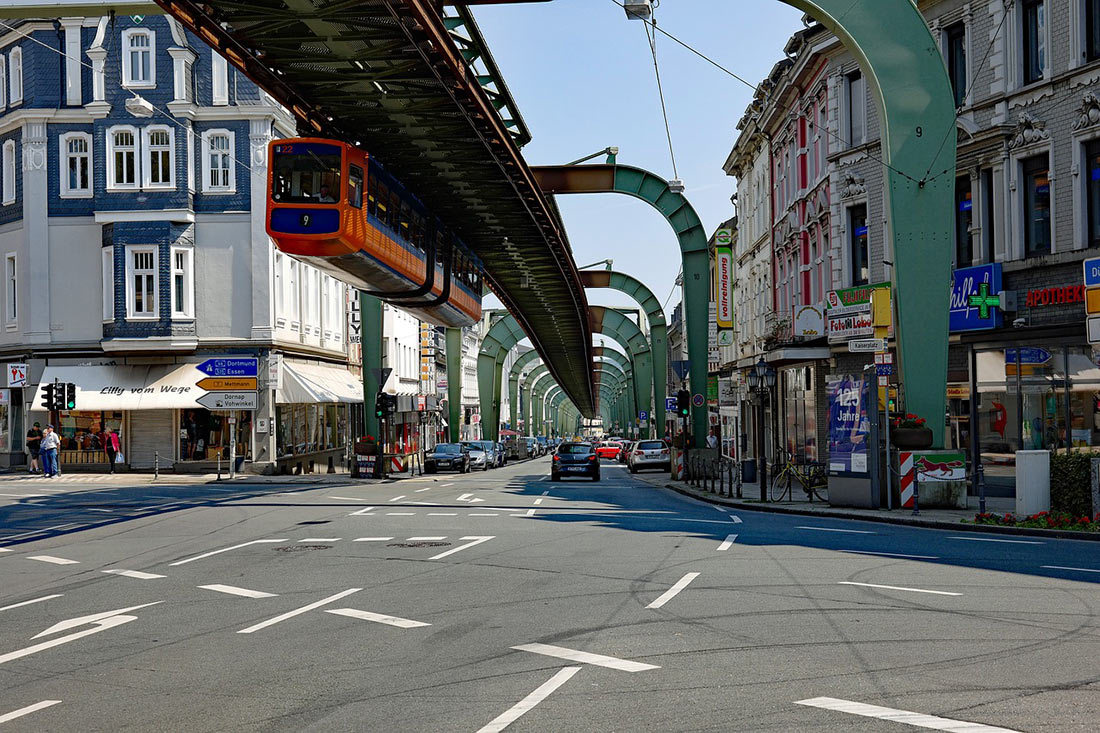 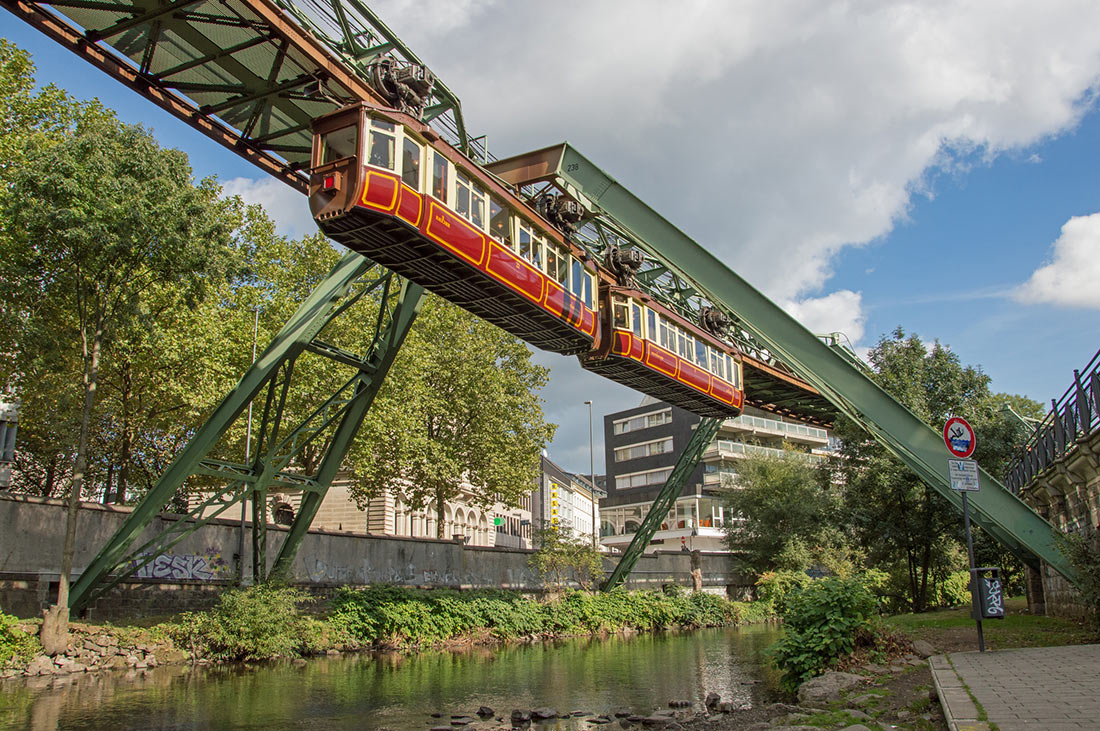 This city is the former capital of Federal Republic of Germany, and it was founded back in 12 BC. by the ancient Romans. Take in mind to visit Beethoven House, as long as Bonn is his birthplace. In addition, do not forget about the magnificent Baroque palace, which houses the university. It was here that Karl Marx and Heinrich Heine got their education. 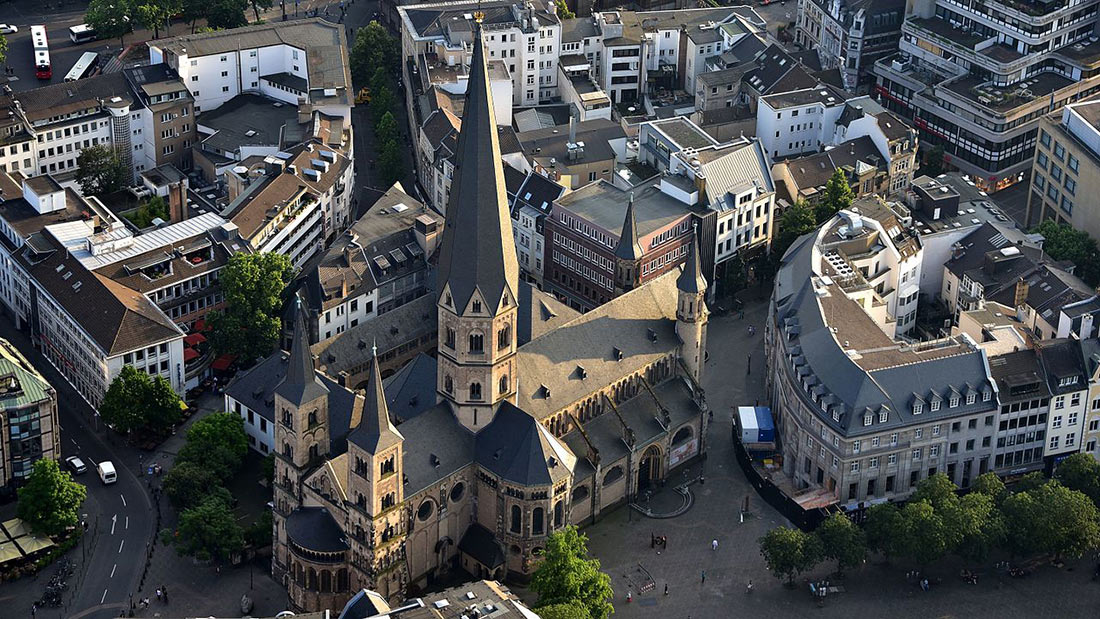 This huge industrial city is the center of business life: the largest factories, banks and headquarters of famous companies are concentrated here. It is that special place where ancient gothic constructions and modern high-tech buildings stay close in an amazing way. In the historical center there are about three hundred restaurants and bars, so Dusseldorf is often called the longest bar in the world. No doubt that shopping lovers will enjoy the city as well. 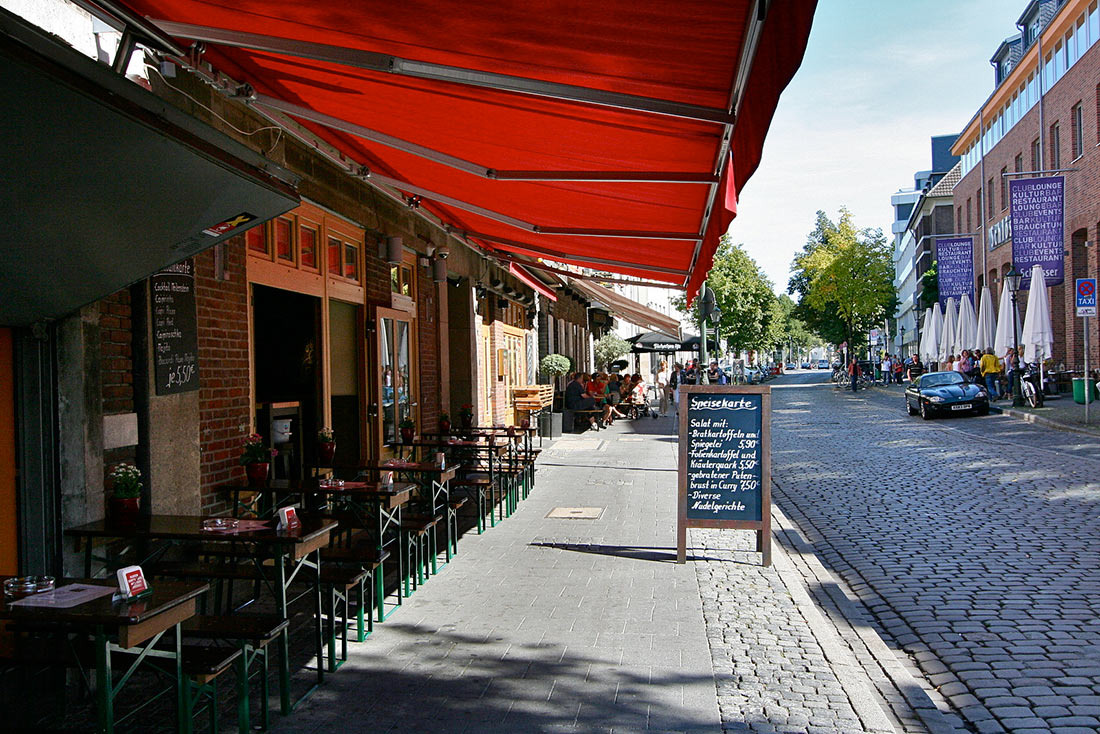 In 2012, Solingen got its official name “City of Blades”, since high-quality knives, blades and other cutting tools have been manufactured here for centuries. Half-timbered houses, Müngsten Bridge and the medieval Burg castle are the major places of interest in this city. 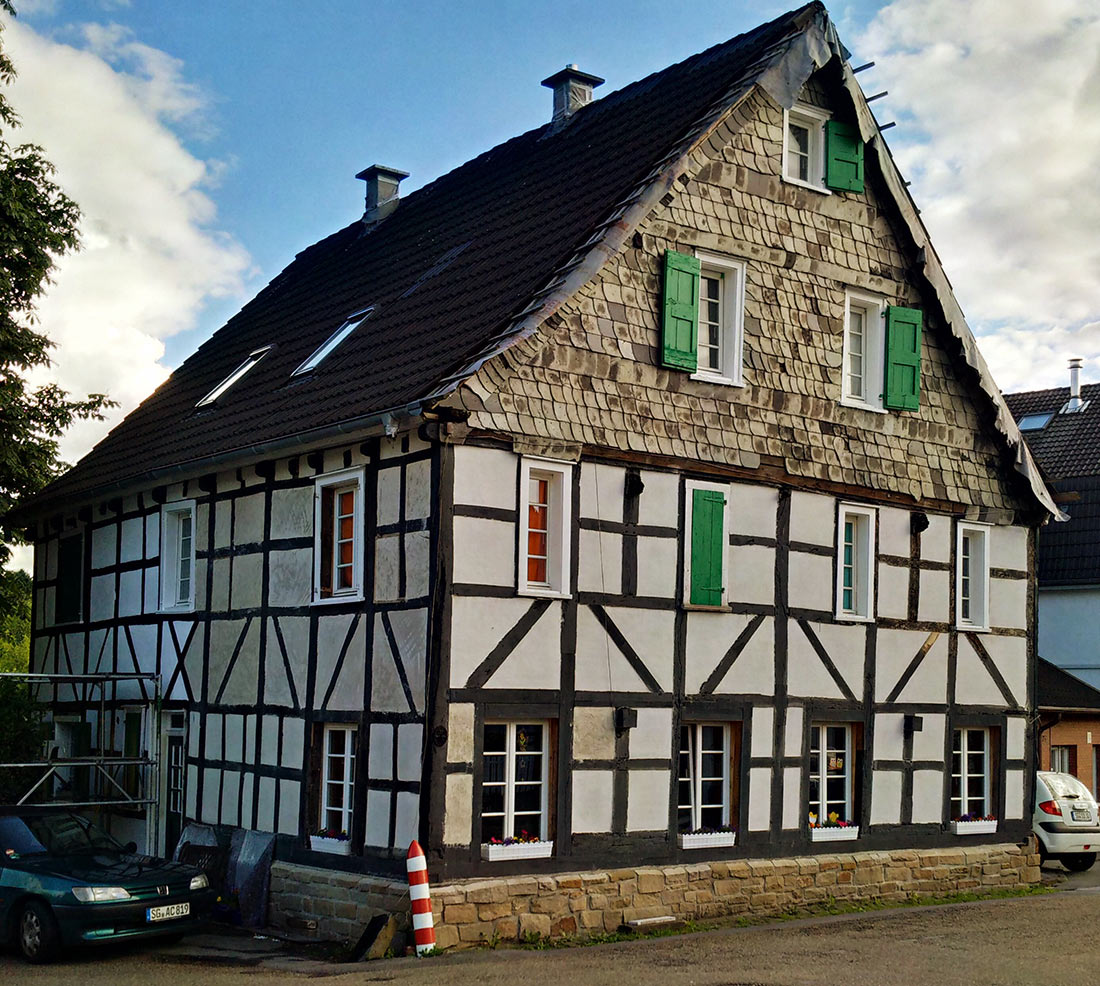 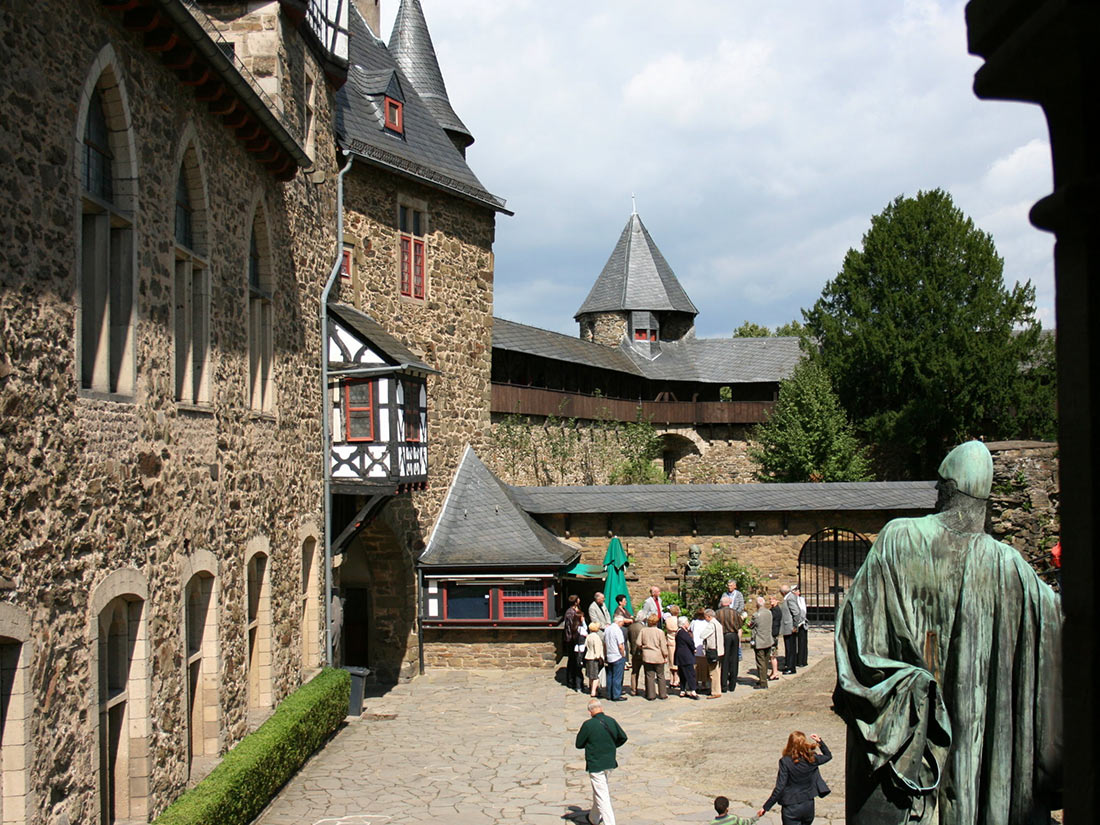 The main symbol of the city is the cathedral, included in the UNESCO World Heritage List. Different parts of the cathedral, covered with astonishing mosaic, are a real ode to mathematic and geometry. Inside there’s a marble throne and the treasury of Charlemagne, who made Aachen the seat of the Frankish kings. His tomb is in the cathedral as well.
The oldest house in the city was built in 1344. It is located opposite the town hall, also erected in the XIV century. 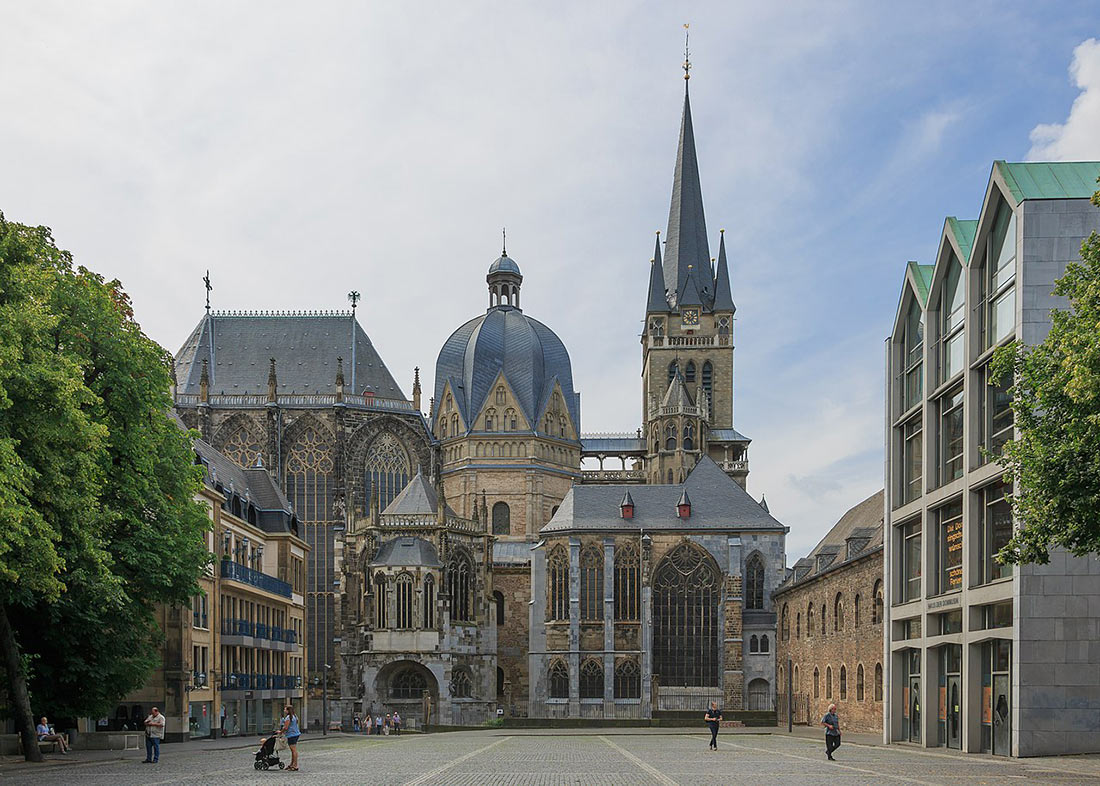 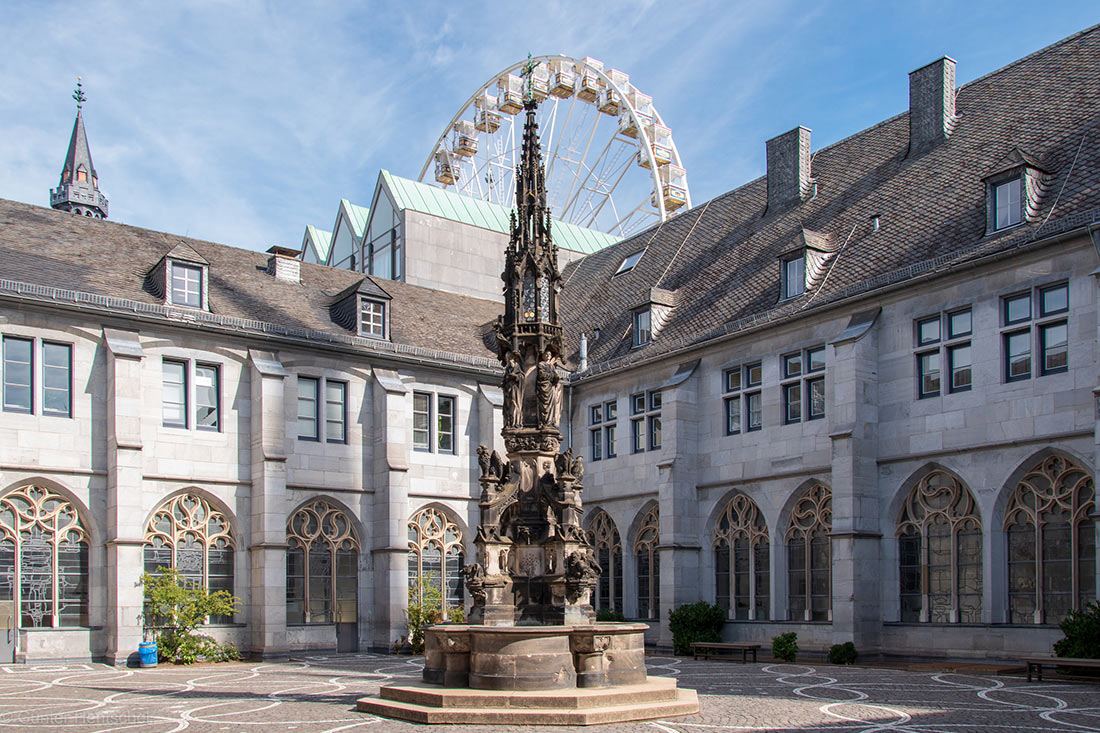 This city is located in the place of confluence of two large rivers – the Moselle and the Rhine. One of the major local attractions is the Ehrenbreitstein Fortress, which is one of the largest fortifications in Europe. Koblenz it a perfect place to start a journey along the terraced vineyards and the legendary castles of the Rhine Gorge, where you will find at least one ancient castle per each kilometer! 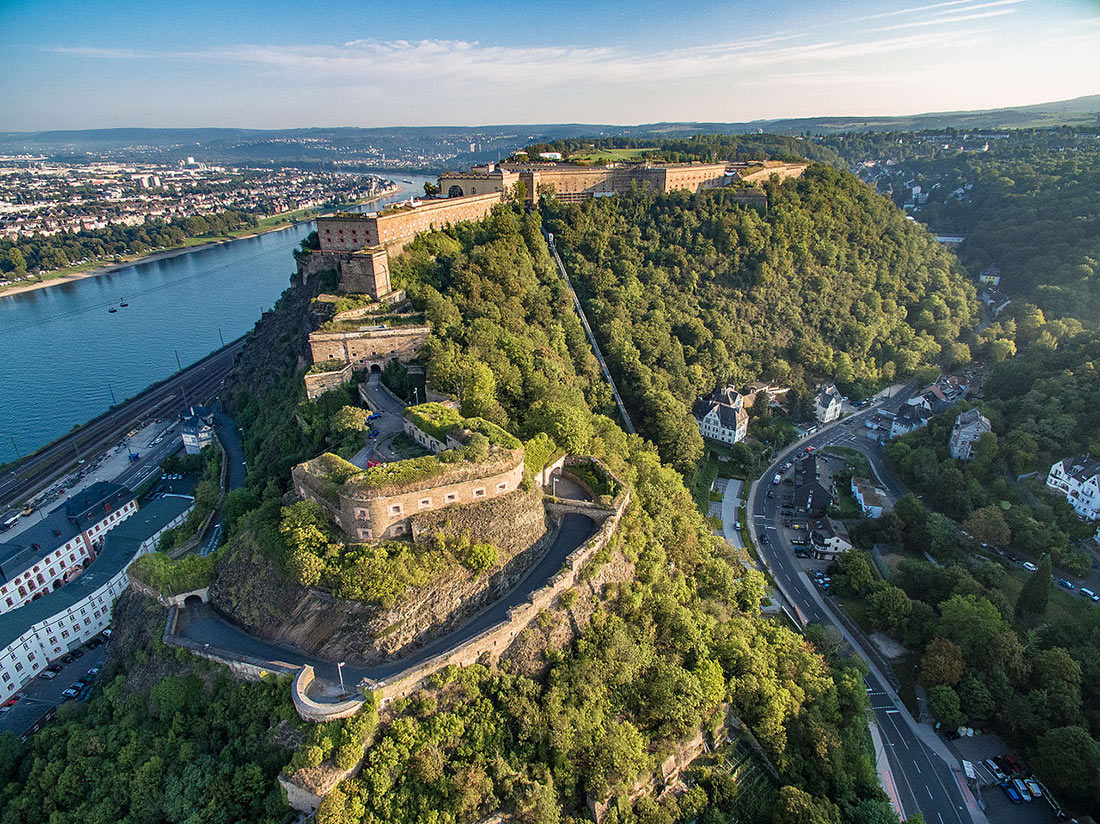 One of the most picturesque areas of Germany. Along the river from Bonn to Bingen there are vineyards, fortresses, historic cities and, of course, a huge number of ancient castles. 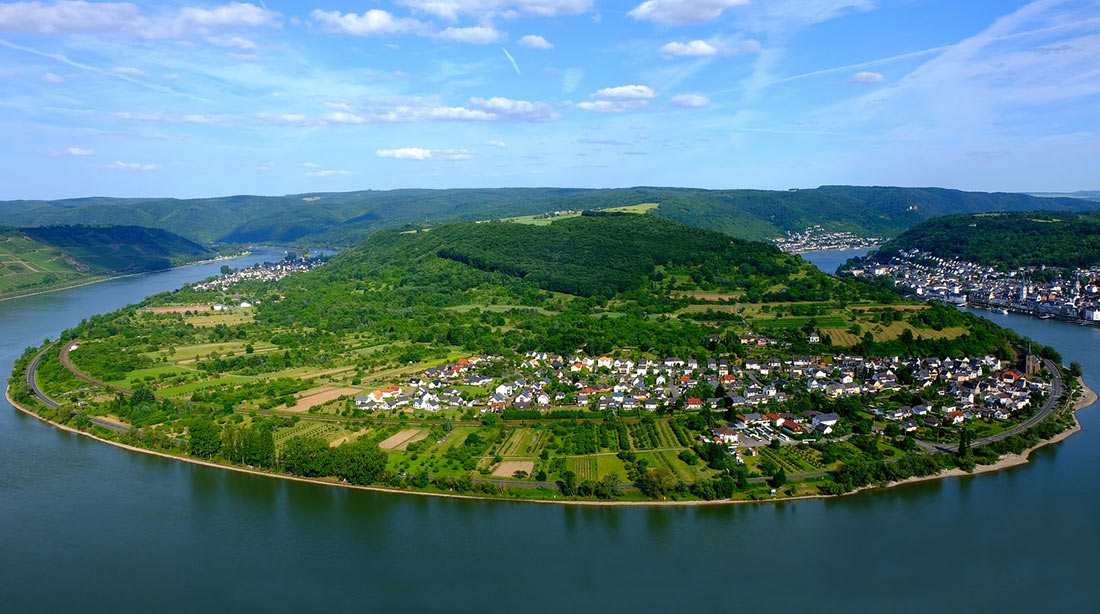 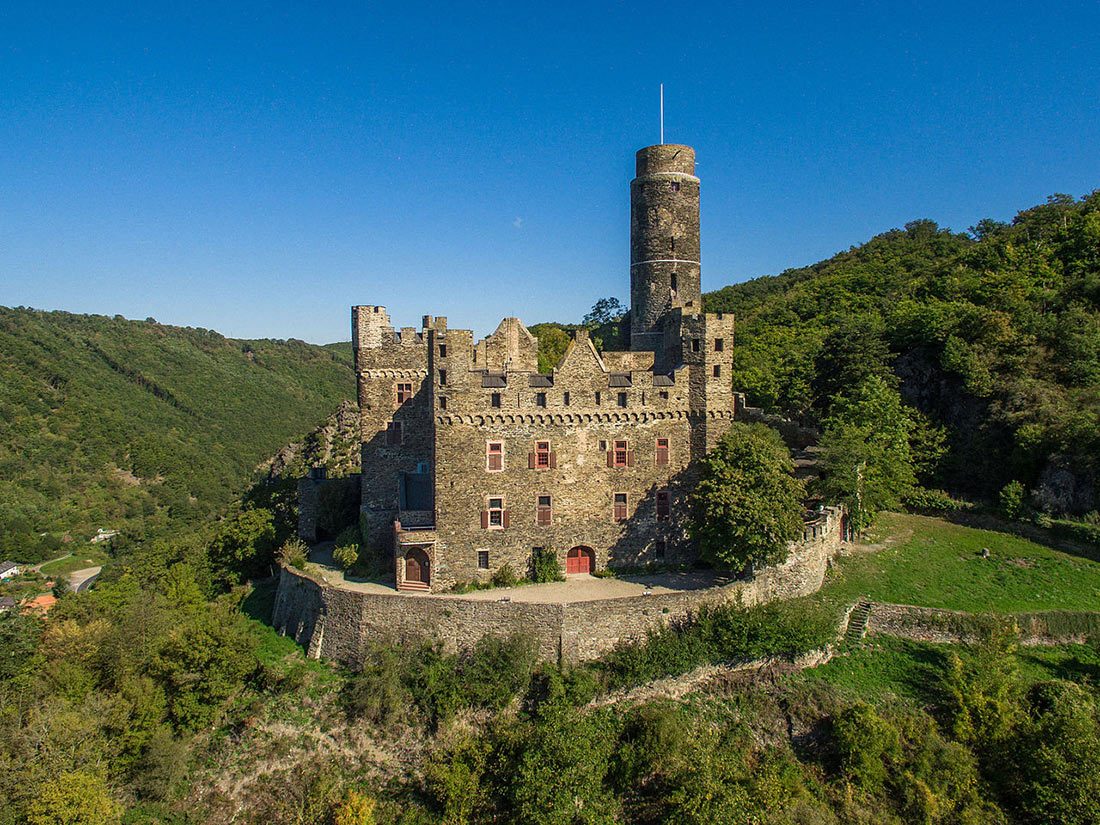 The history of the city begins with the founding of Werden abbey in 799. On the beautiful streets of the Old Town there’s a large number of old buildings. Some of them are more than 500 years old! One of the unusual sights of Essen is the Zollverein Coal Mine Industrial Complex. Besides, the ultra-modern exhibition center constantly hosts various exhibitions, which made Essen famous all over the world. 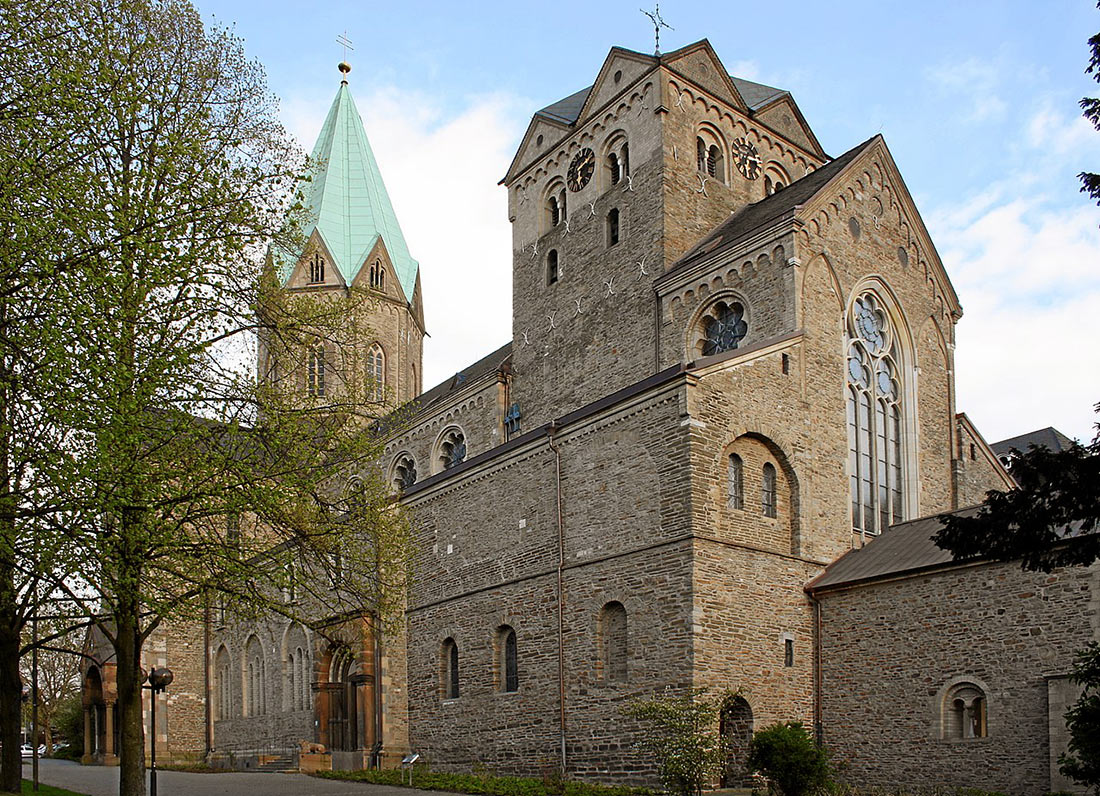 National Park protects an old beech forest, which once covered most part of Central Europe. There are more than 900 species of animals and plants that are classified as endangered on the red list. 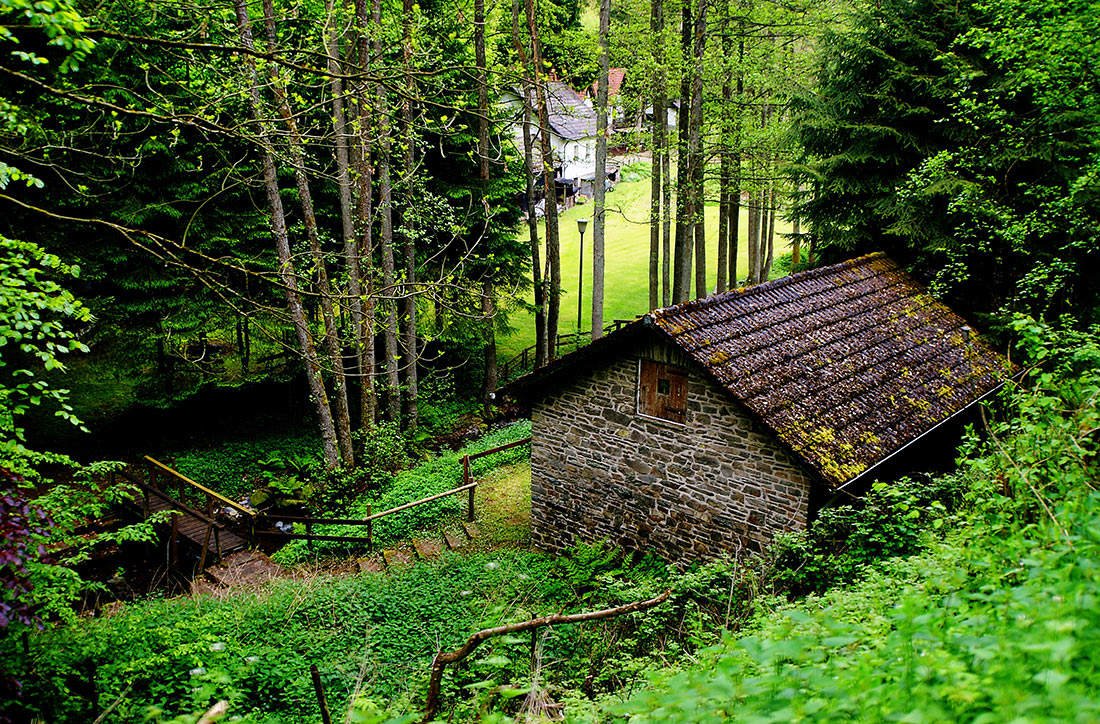 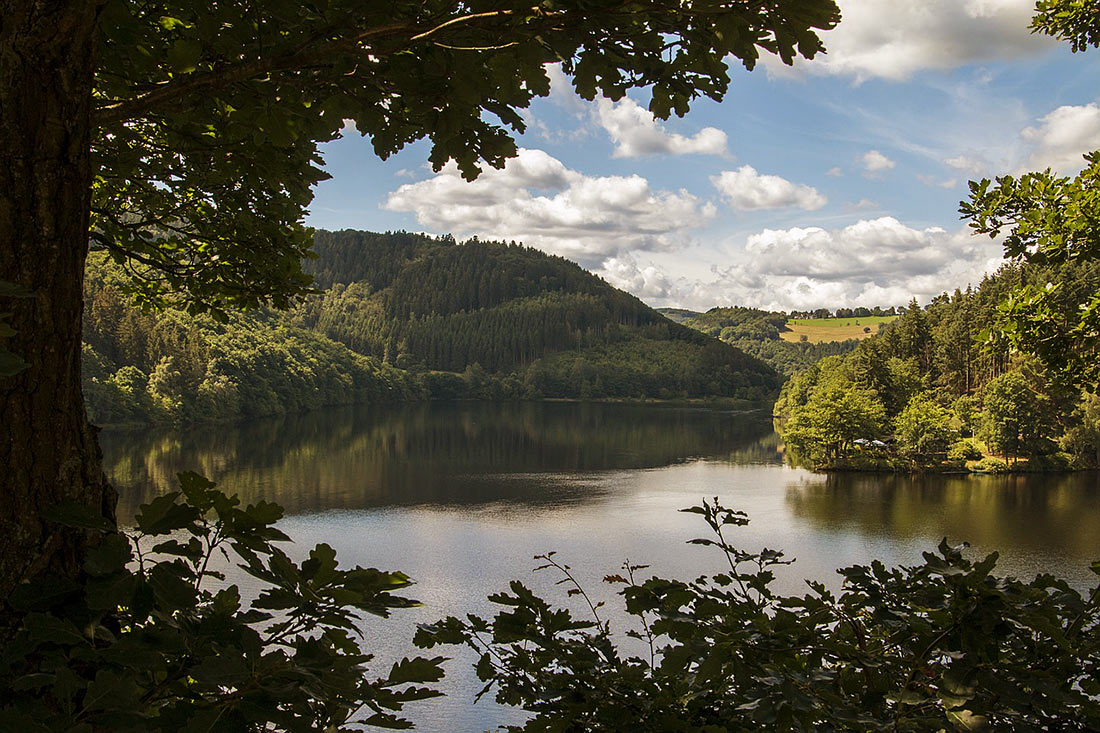 This neo-gothic castle was built in 1882–1884 for a wealthy stockbroker. It is an exceptional combination of a palace, a castle and a manor house. Interior or the castle is decorated with chic tapestries, frescoes and paintings based on ancient German legends. Drachenburg is one of the largest palace buildings of the XIX century on the territory of North Rhine state. 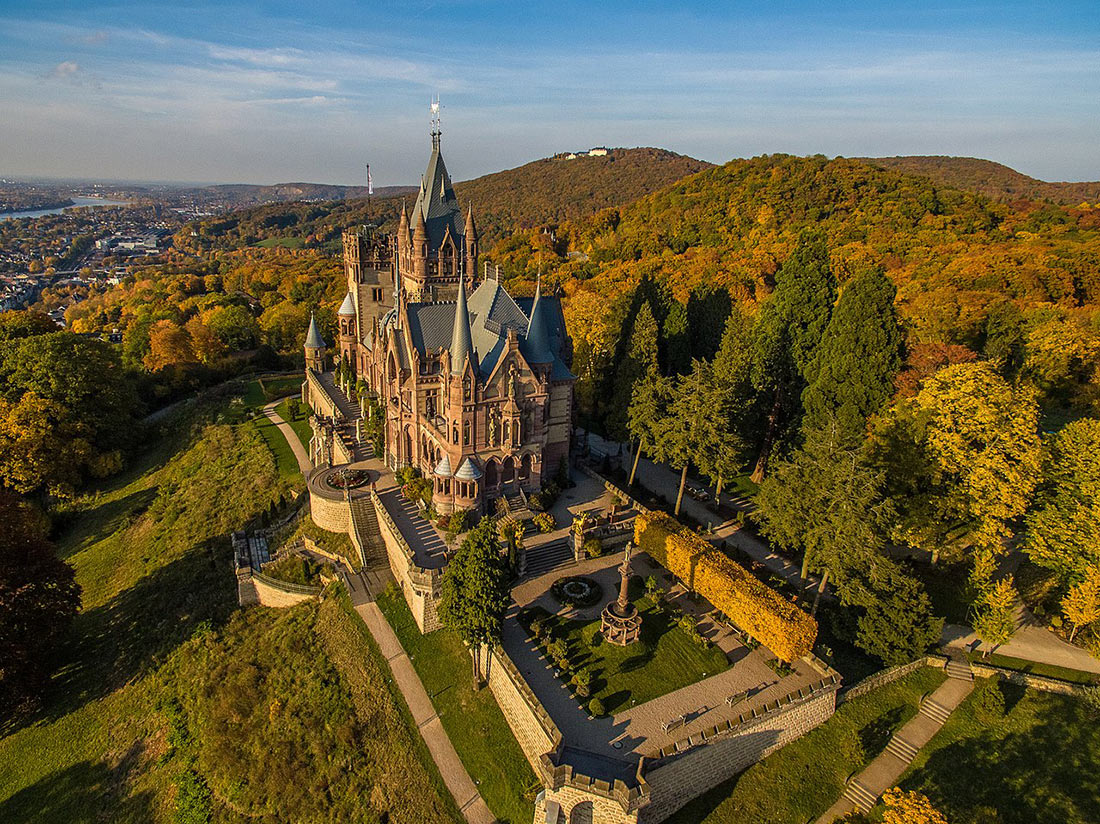 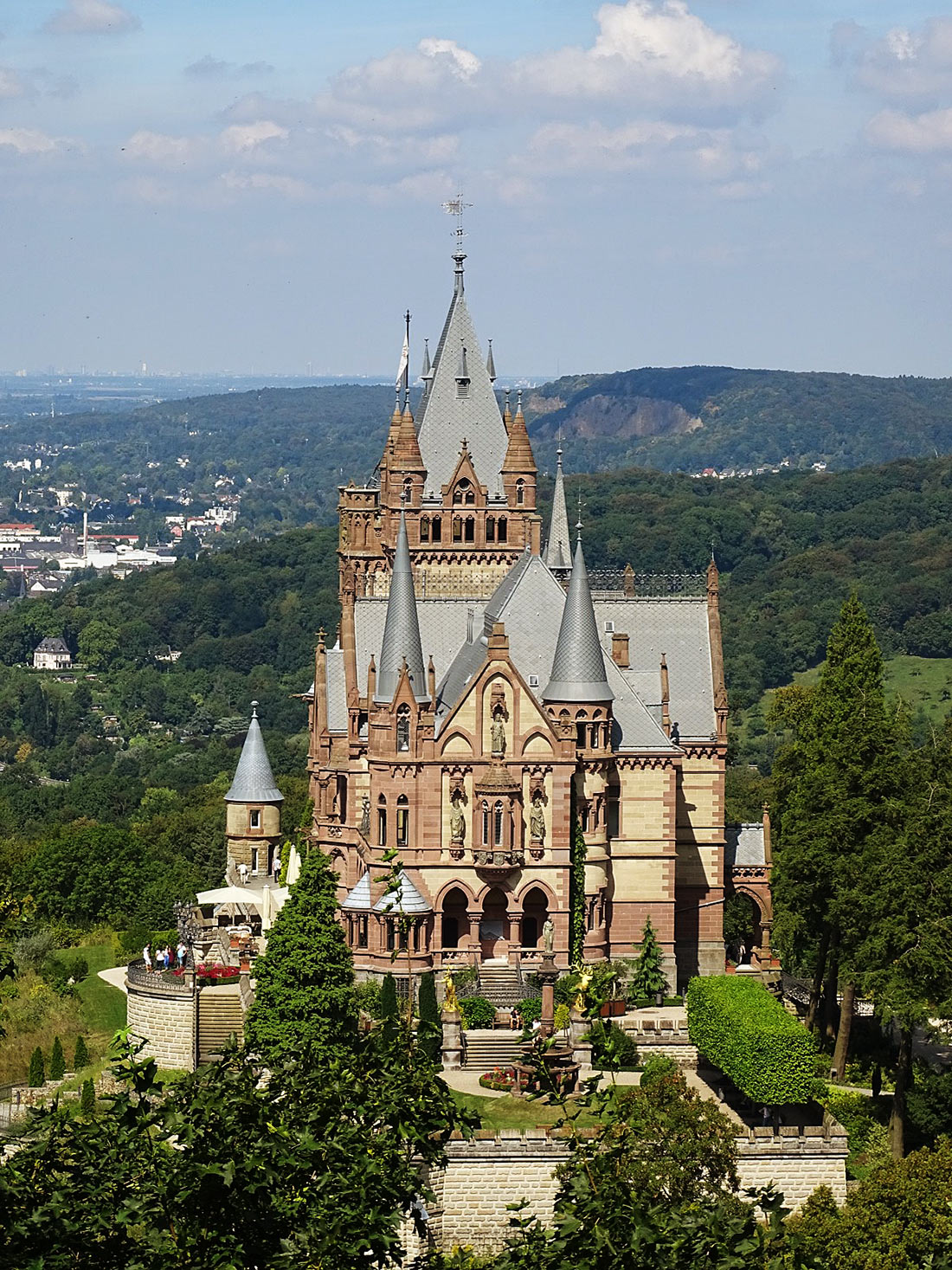 Amazingly beautiful knight’s castle Vischering was built in 1271 and located literally in the water. The castle is surrounded by a moat and a defensive yard. The main building, having the shape of a horseshoe, can be accessed by a drawbridge. 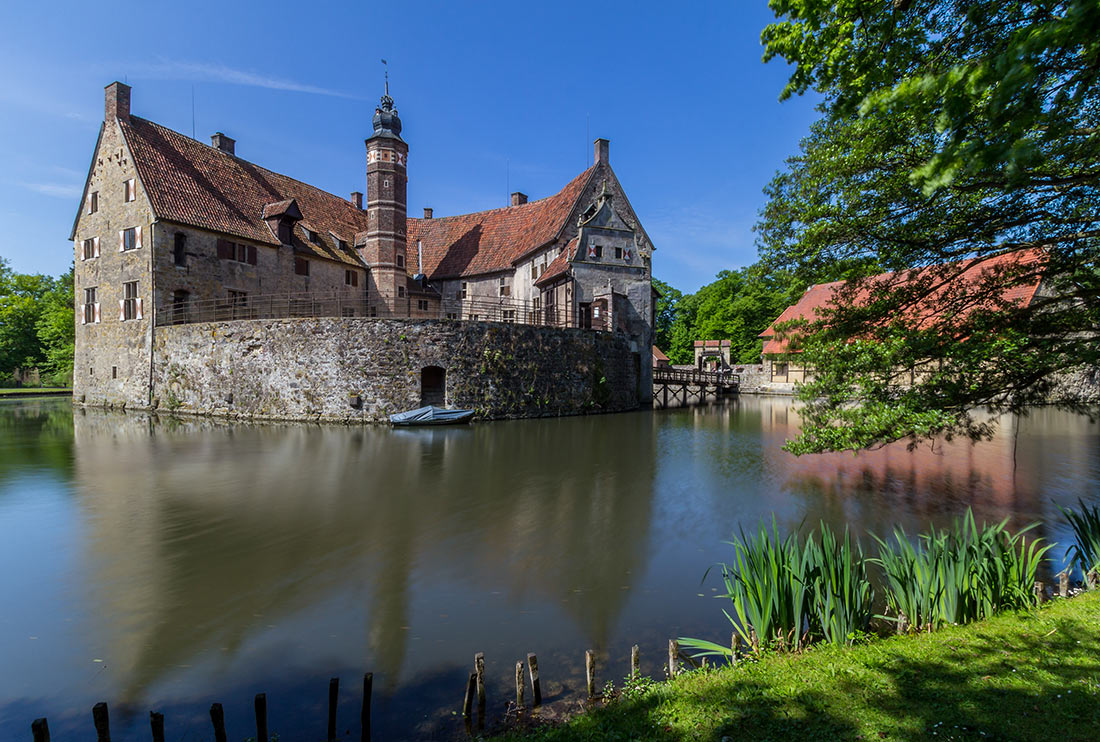 The first tower of the castle was built back in 1190. Over the next 450 years, farm and administrative buildings appeared, followed by the residential part. During World War II, the castle was ravaged by Allied forces and was badly damaged as a result of the bombing. However, in 1954 it was restored and opened to visitors. 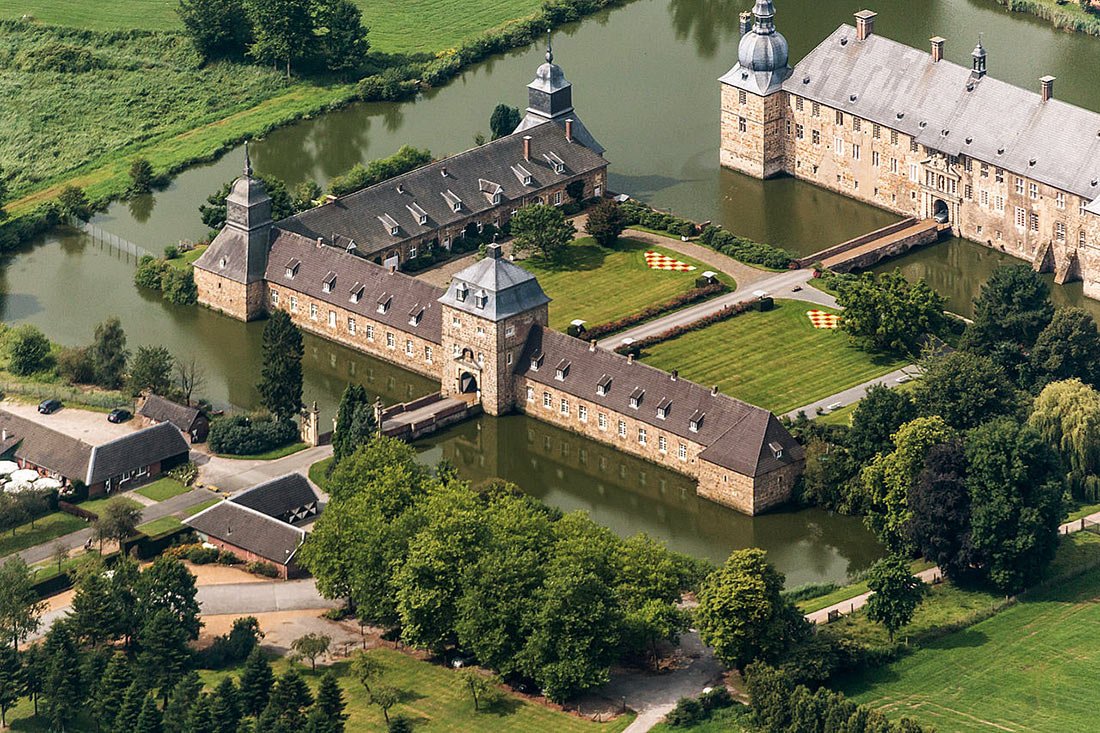 Palace and park ensemble was built in 1703–1734 on the site of a Renaissance “castle on the water”. Until 1959, the complex, which is also called the “Versailles of Westphalia”, belonged to the princes, until it was bought by the authorities of North Rhine-Westphalia. Now some of the palace halls are open to visitors. 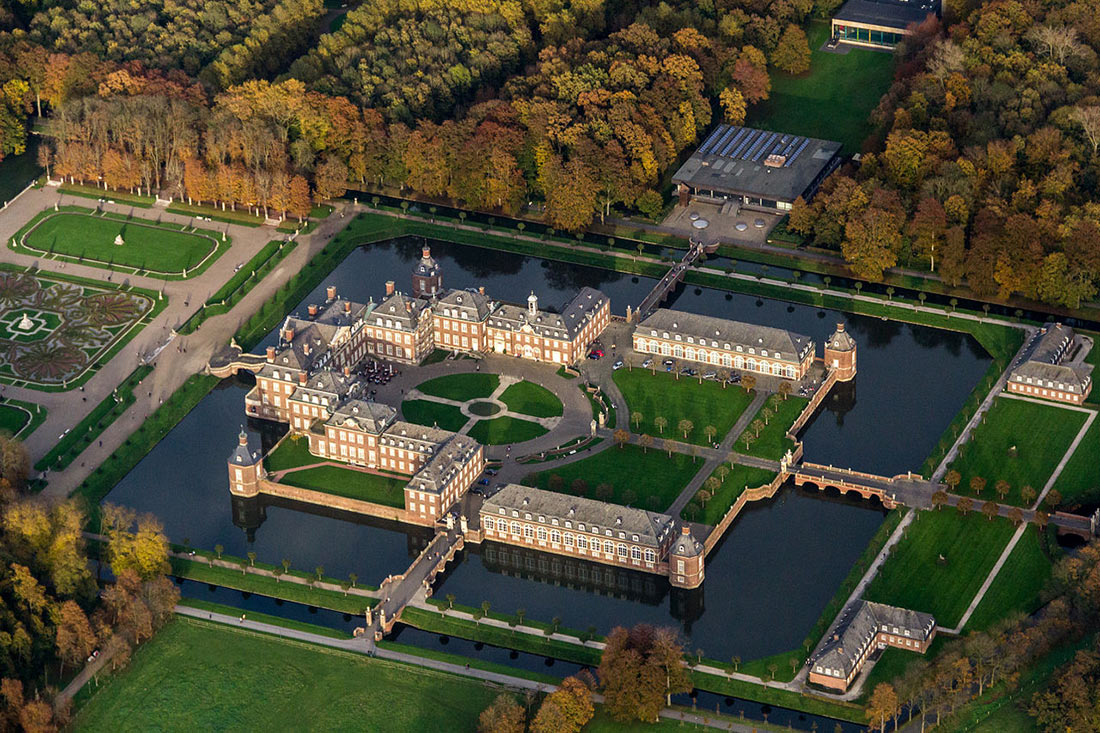 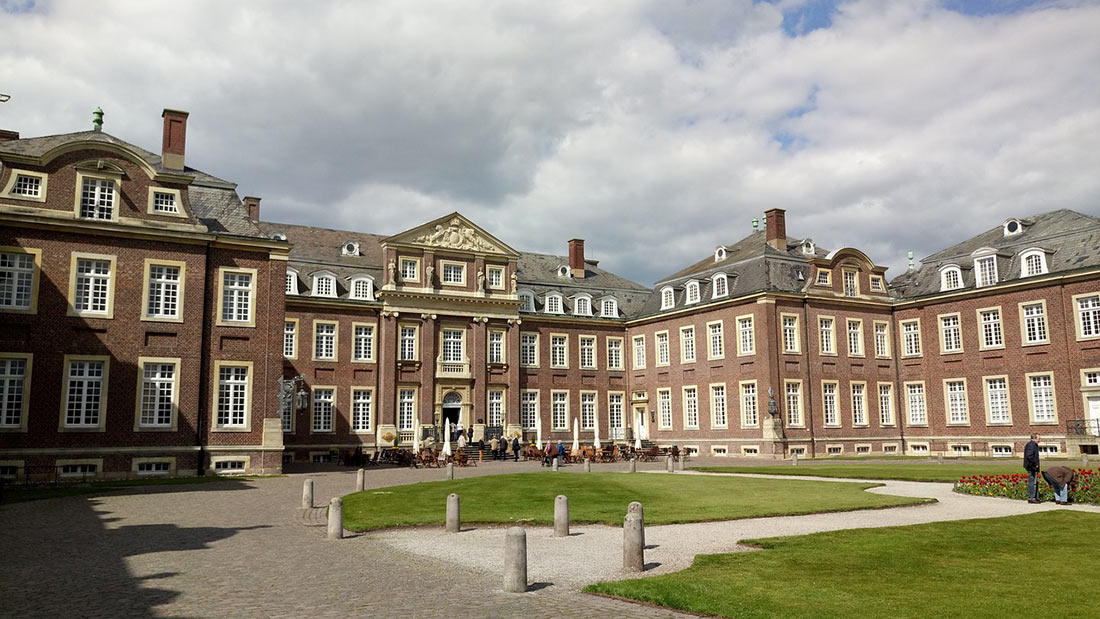