Civita di Bagnoregio: an ancient town with a special charm

Tiny Italian villages are too good to miss the opportunity to admire their ancient winding streets. And even if the city is sometimes called dead, this does not mean that it should not be included in your touristic route. Quite the opposite! One of the most striking examples is Civita di Bagnoregio — an old small town which is located in the province of the city of Viterbo (Lazio region). It is about 140 km from Rome. 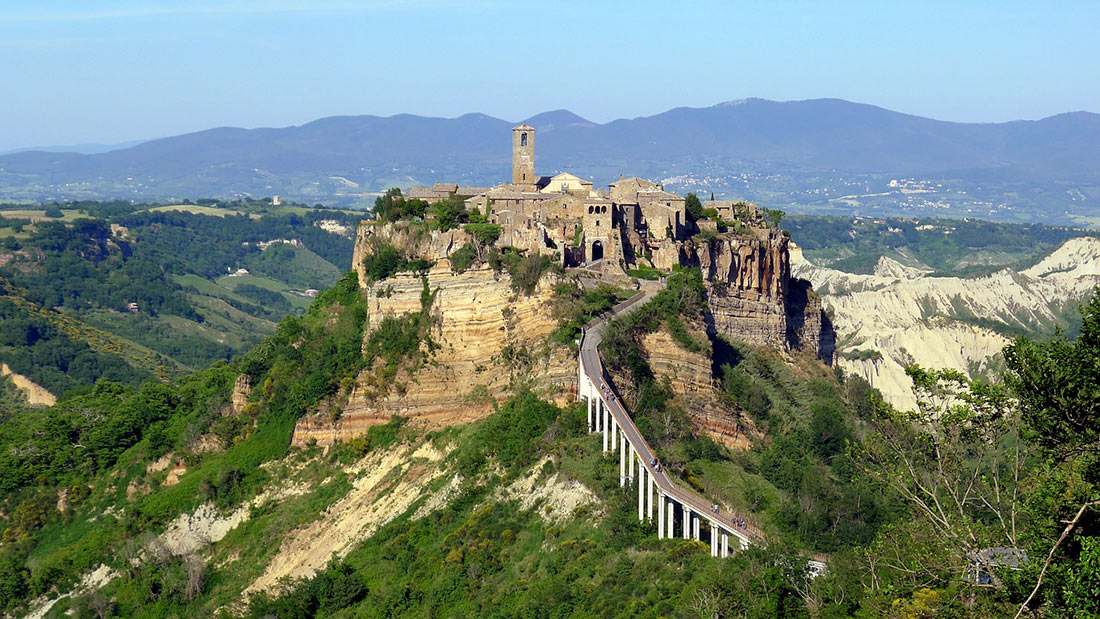 The city was founded on the hill more than 2500 years ago by the Etruscans. Over the years, it grew and developed. And all thanks to its location on the way, where trade routes converged. 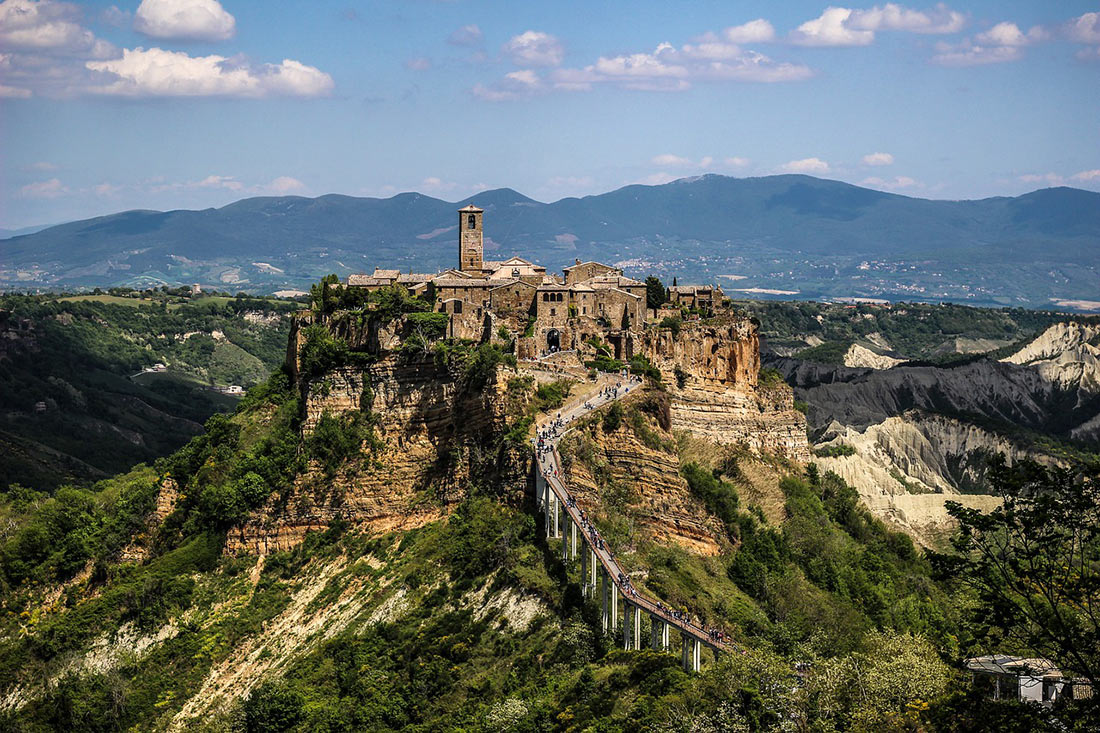 Nobody could have imagined that the city would be abandoned by the inhabitants and become a ghost. But the earthquakes happen quite often here. They cause landslides which can cut the city off the surrounding world. So, a powerful earthquake in 1695 destroyed the city and it became unsafe to stay there. Local residents moved to the village of Bagnoregio, located nearby. 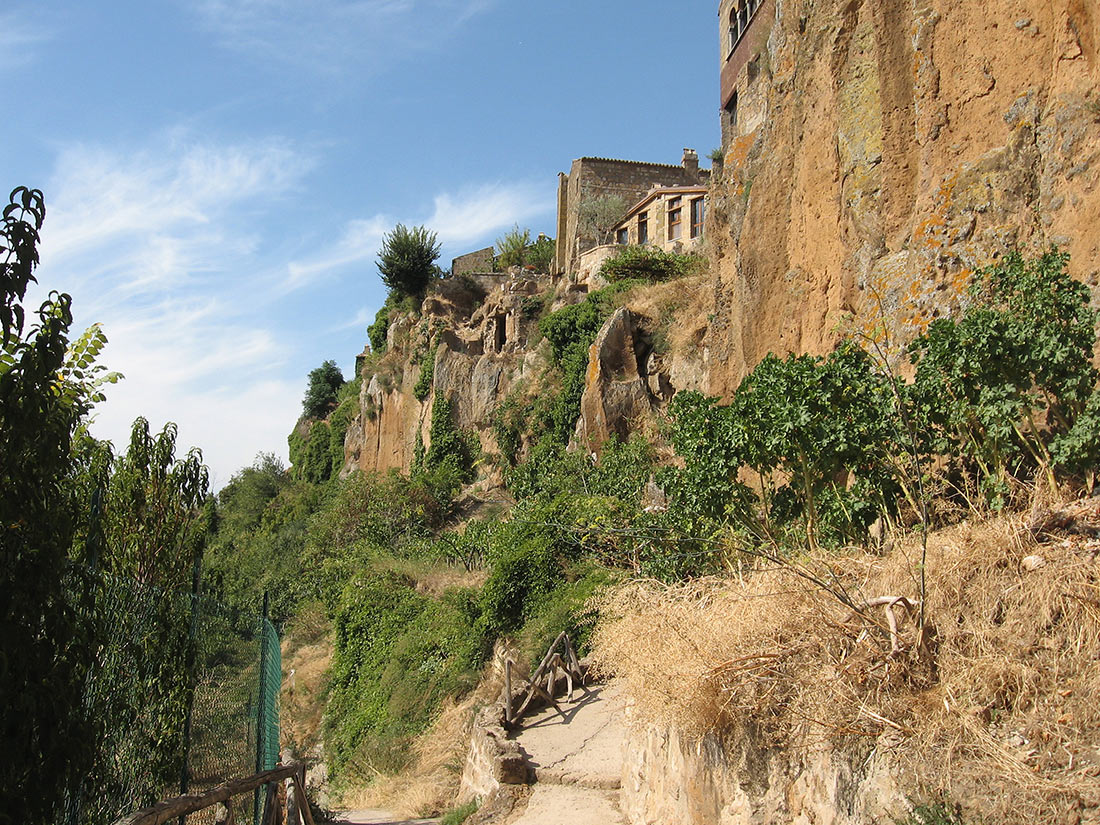 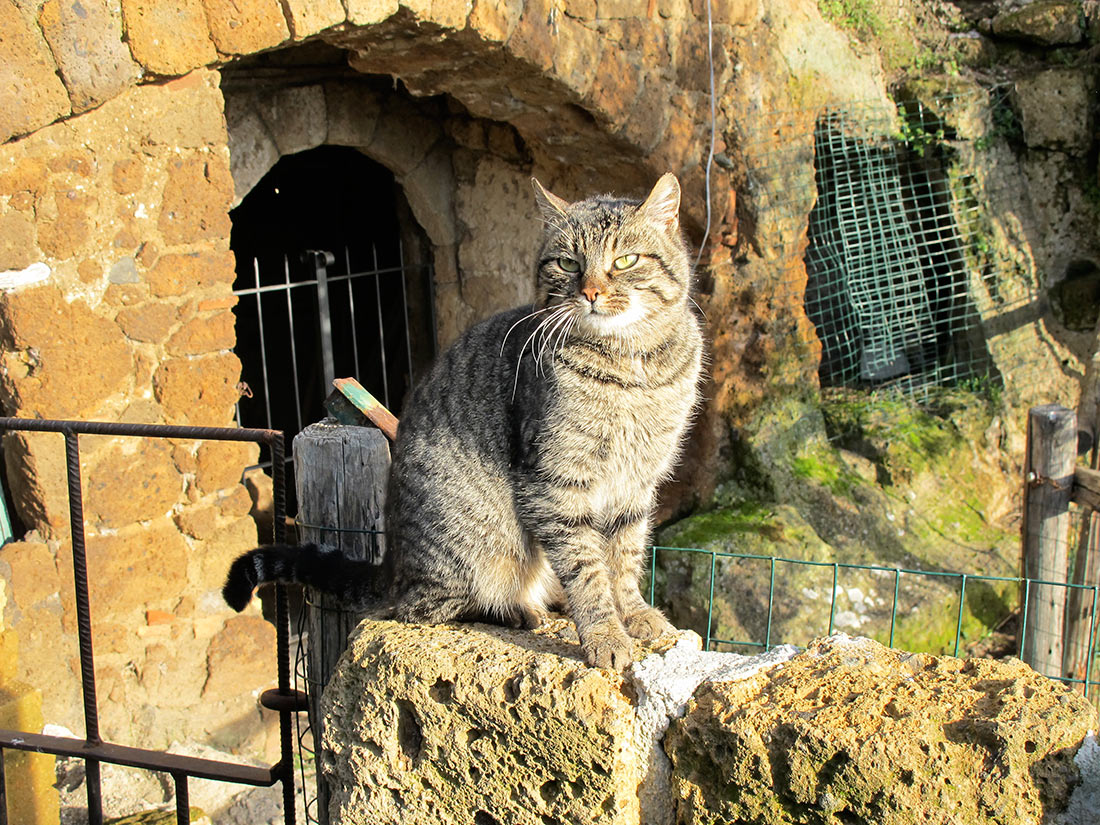 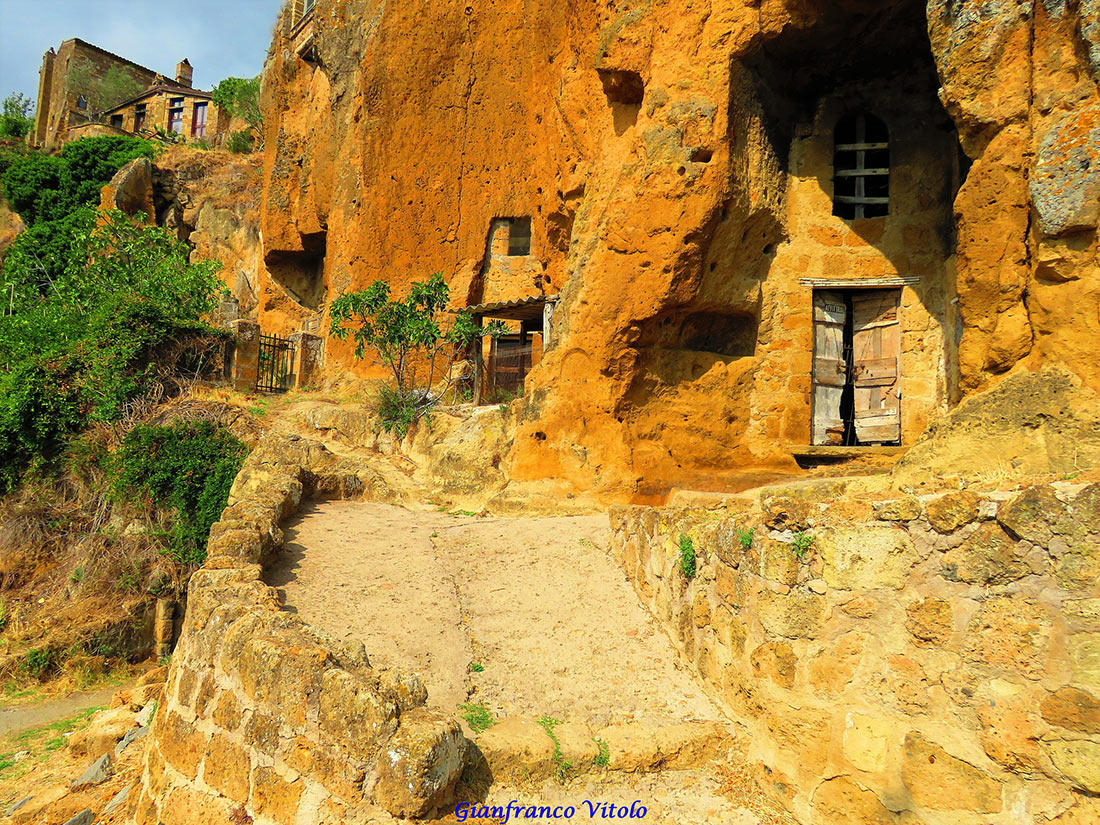 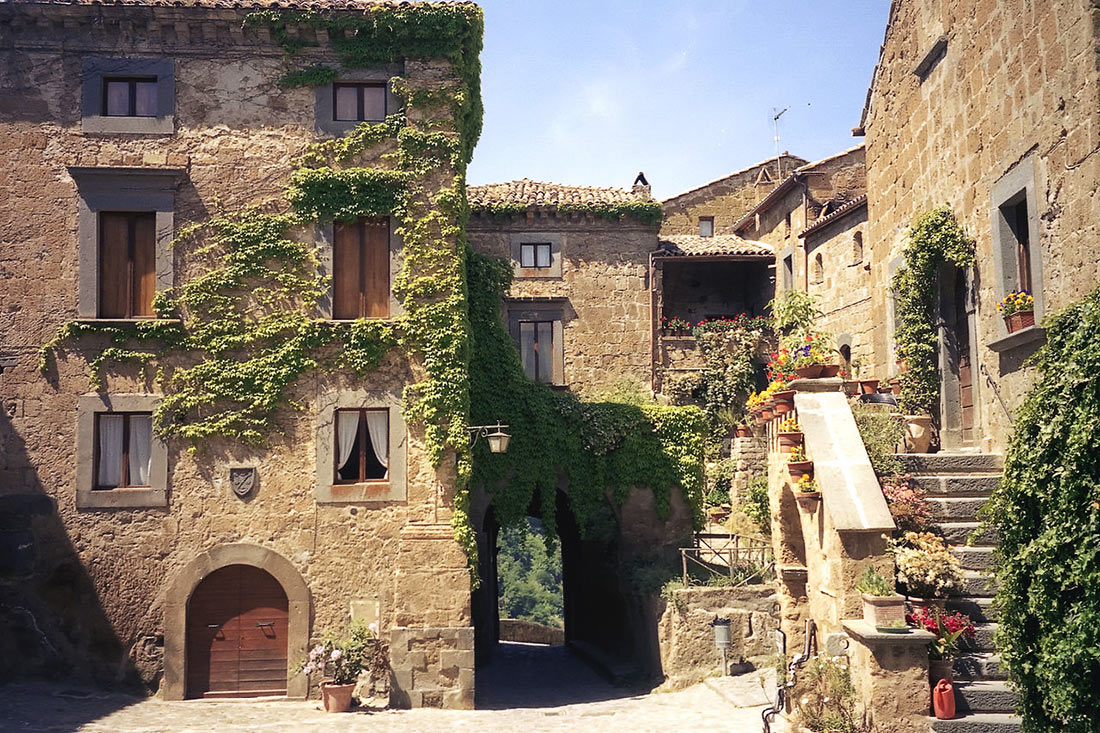 According to medieval documents, Civita and Bagnoregio used to be blocks of one city, which was called Balneum Regis until the XI century. The monastery of St. Francis was located between them in the XVIII century. 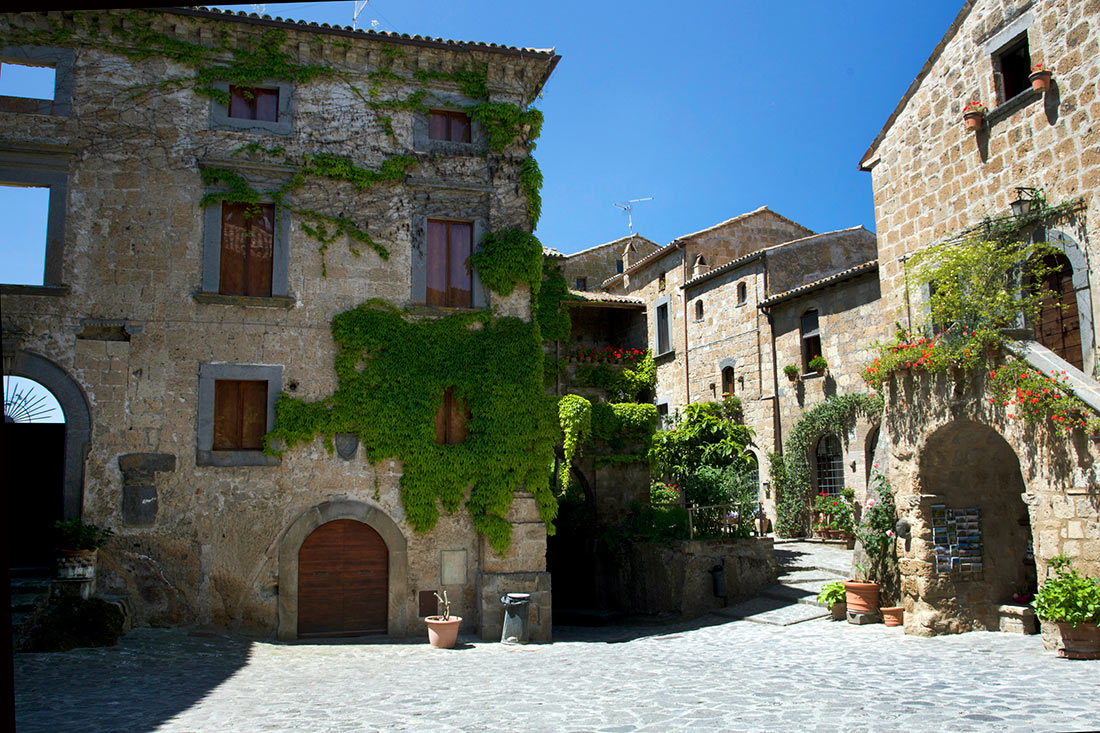 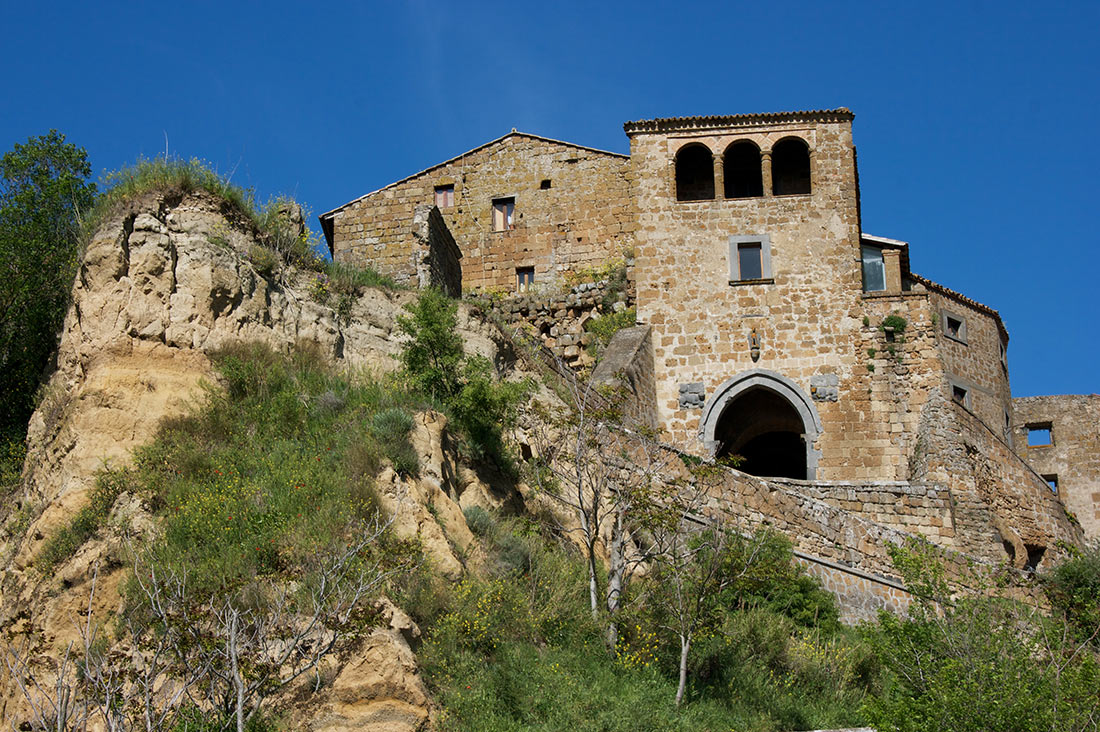 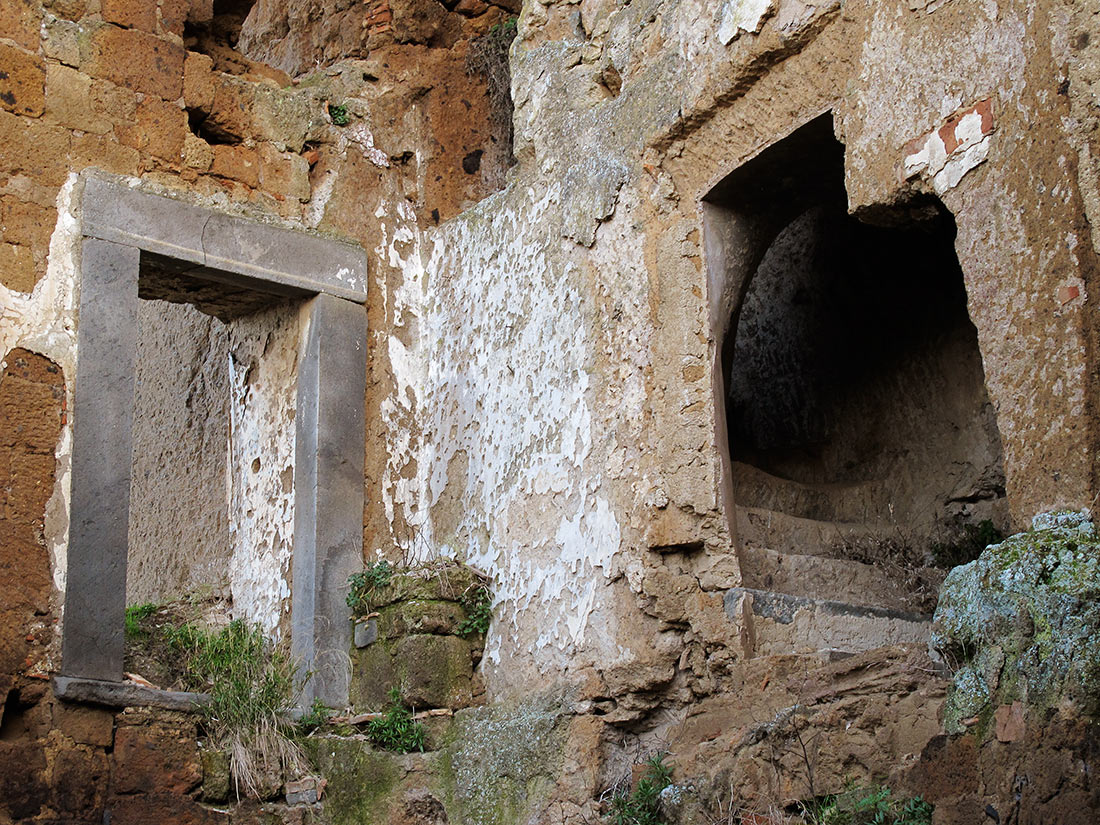 There’re some desperate people who live here nowadays. now. By 2000, there was just a couple of inhabitants in Civita di Bagnoregio. But thanks to the tourist boom some locals returned to their homes. Now, according to various estimates, there’re from 14 to 18 people living in the village. And, according to them, there is a special charm in its deserted streets! 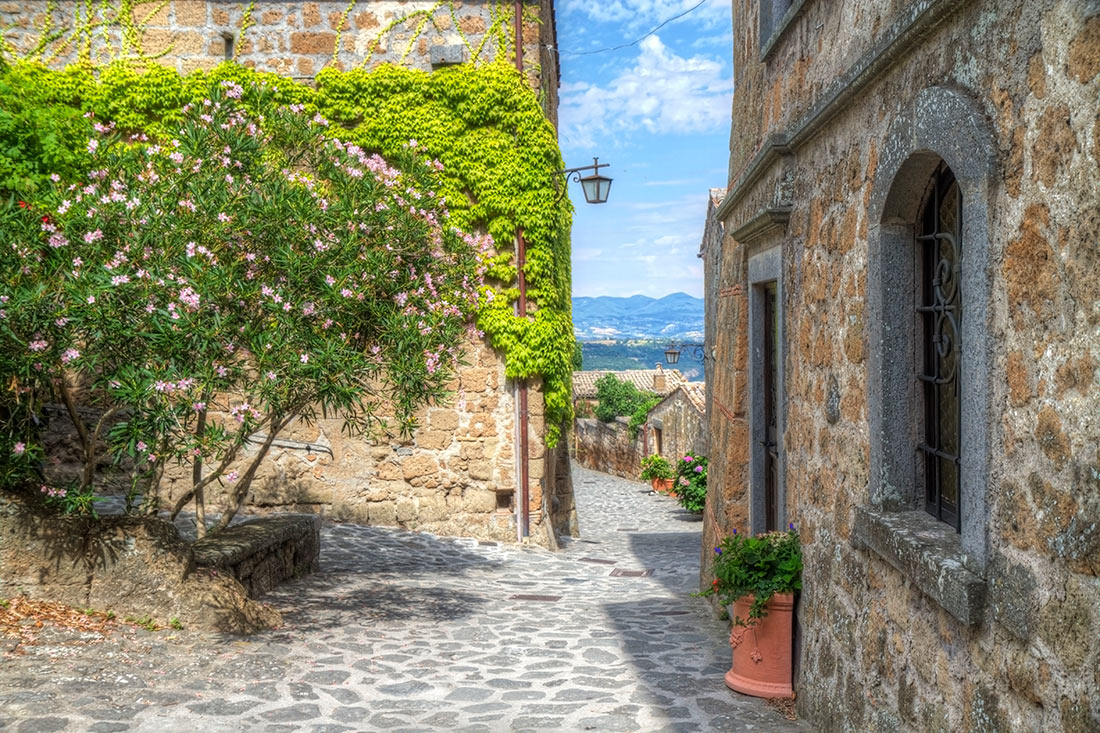 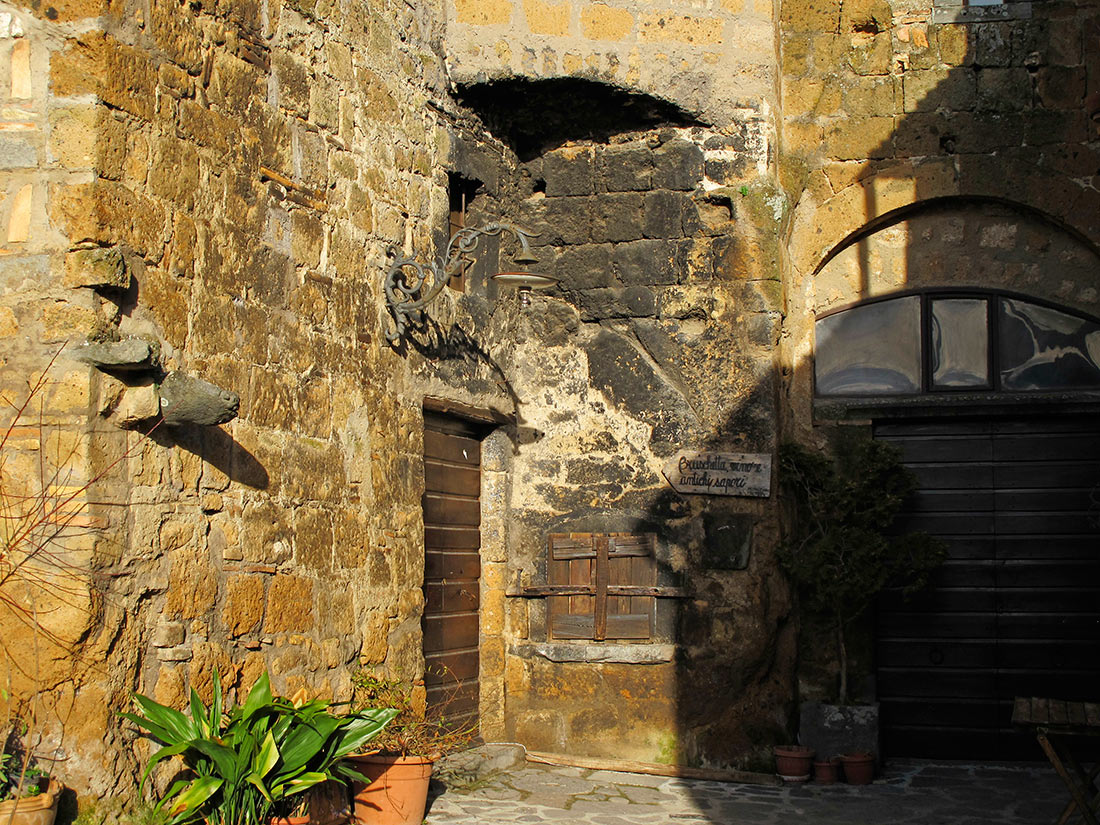 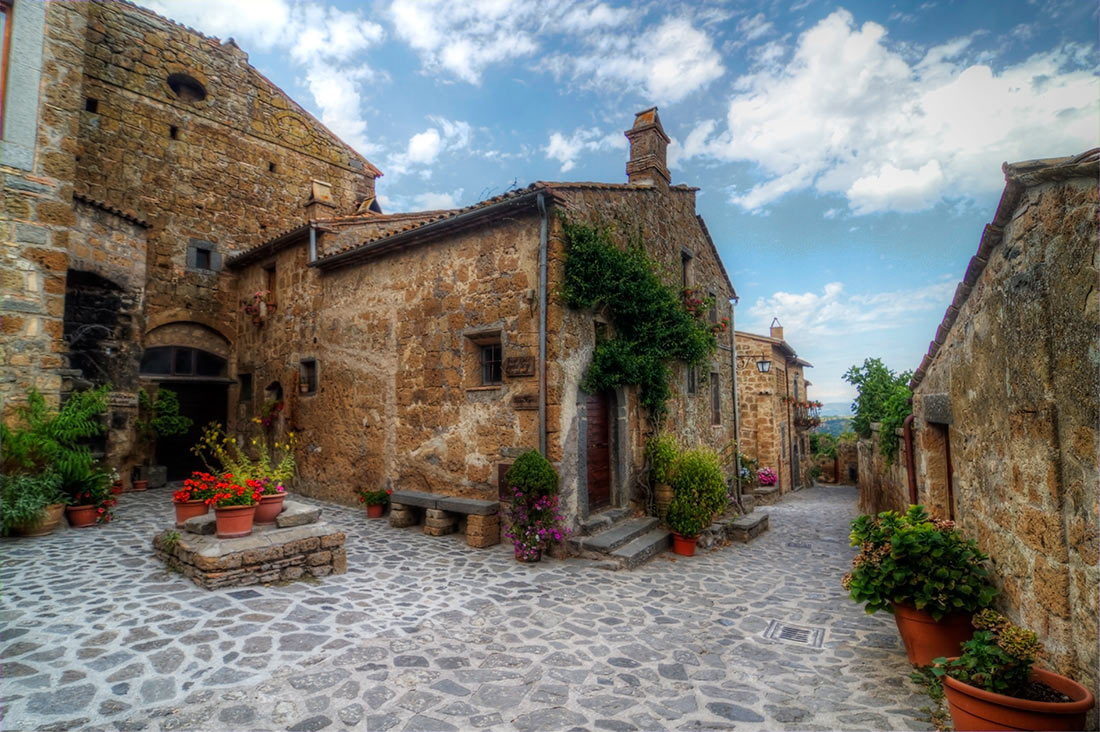 Surprisingly, the city still retains its medieval appearance. Narrow winding streets and closely-tied stone houses attract many tourists. On the main square is the San Donato church, erected in the 5th century. The Bishop’s Palace and the old mill have also survived. 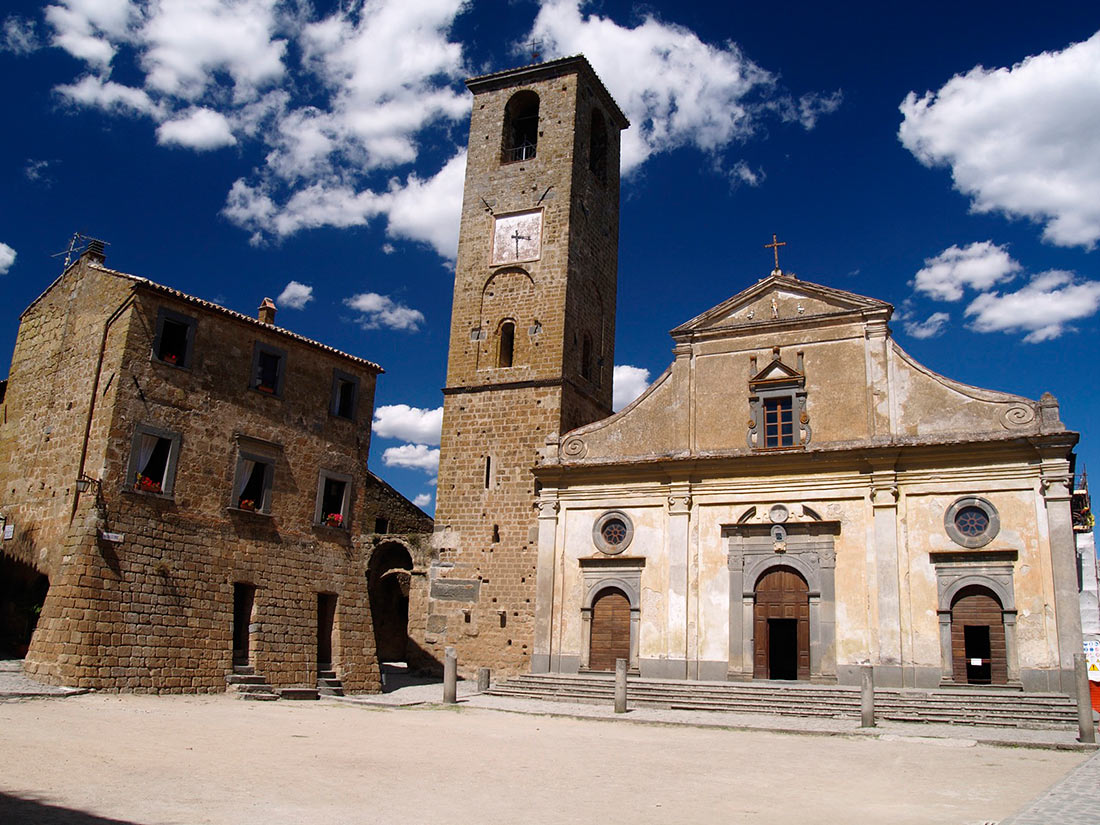 In order to make the village more convenient for tourists, a 300-meter long bridge was built in 1965. There also are hotels and pizzerias in the village. So you can walk around the city and the surrounding area for more than a day. 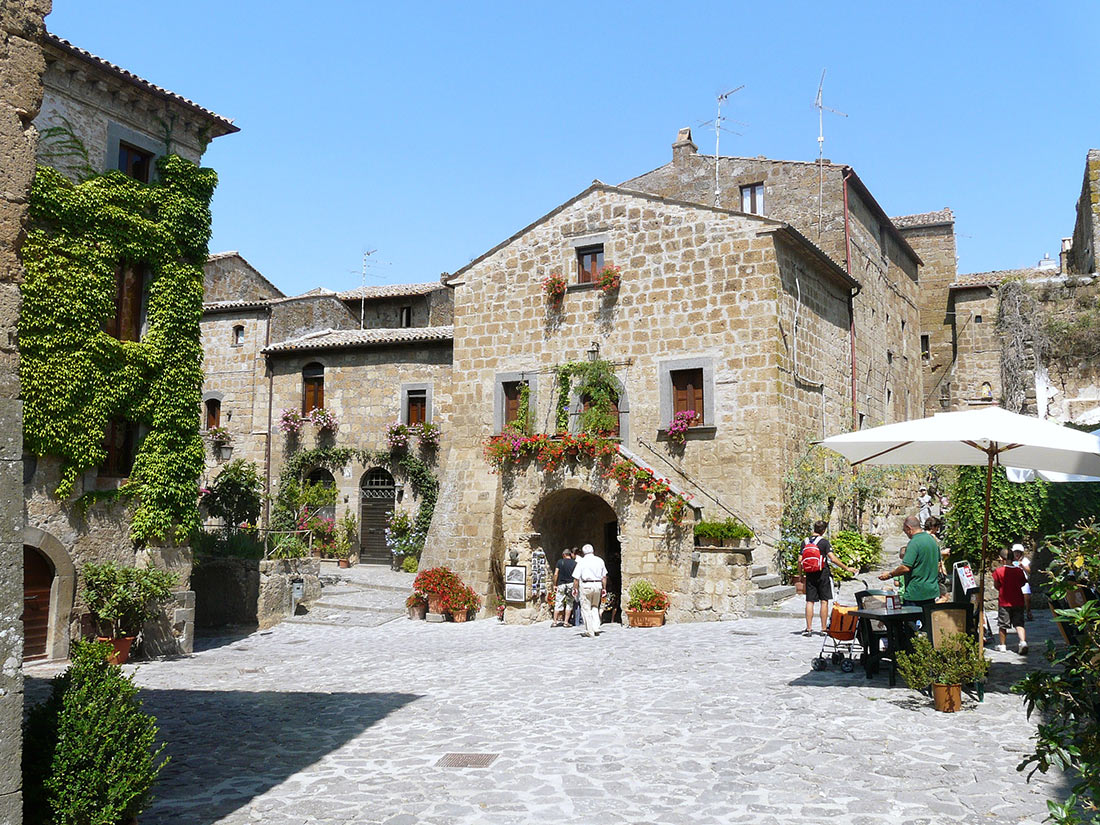 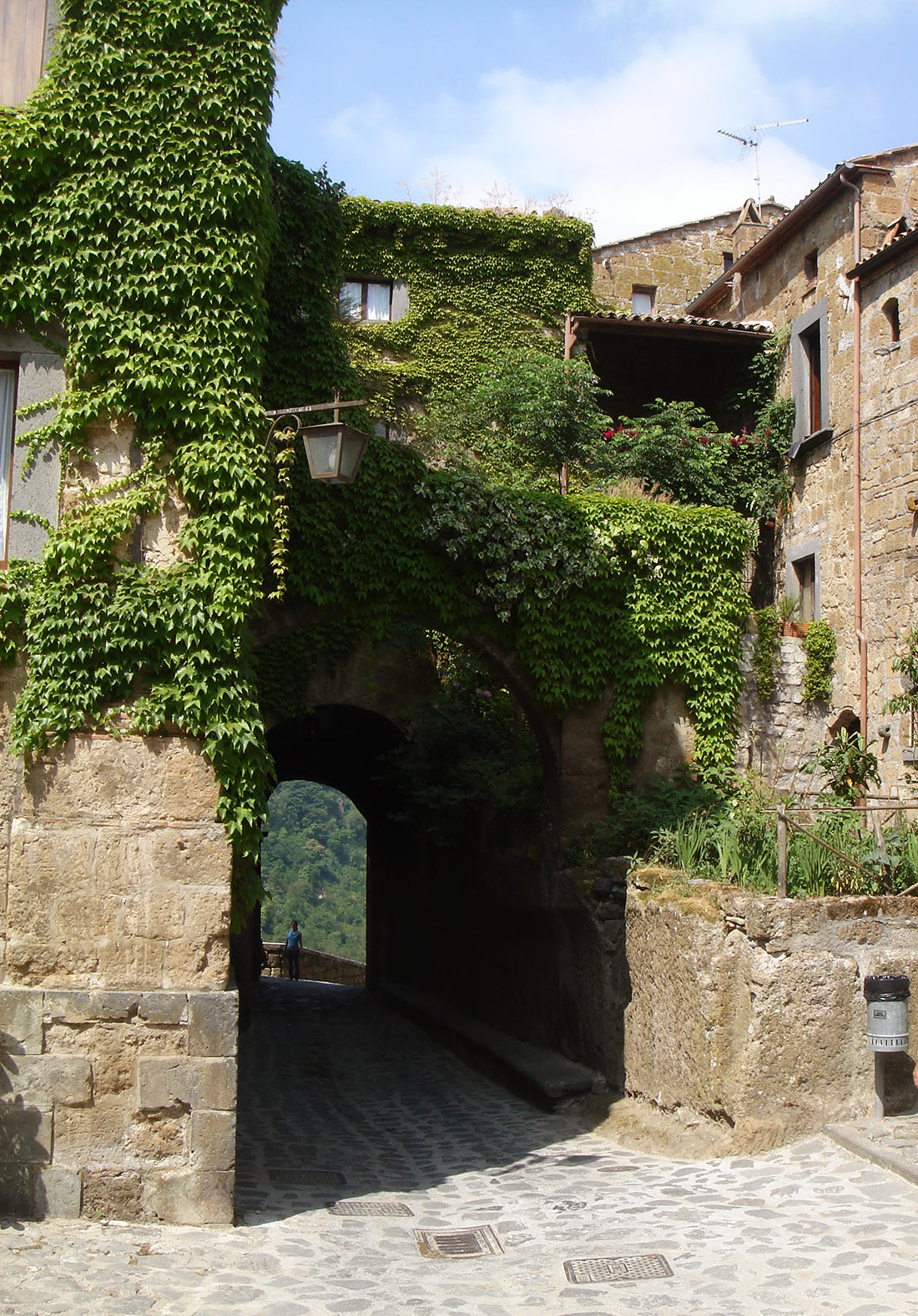 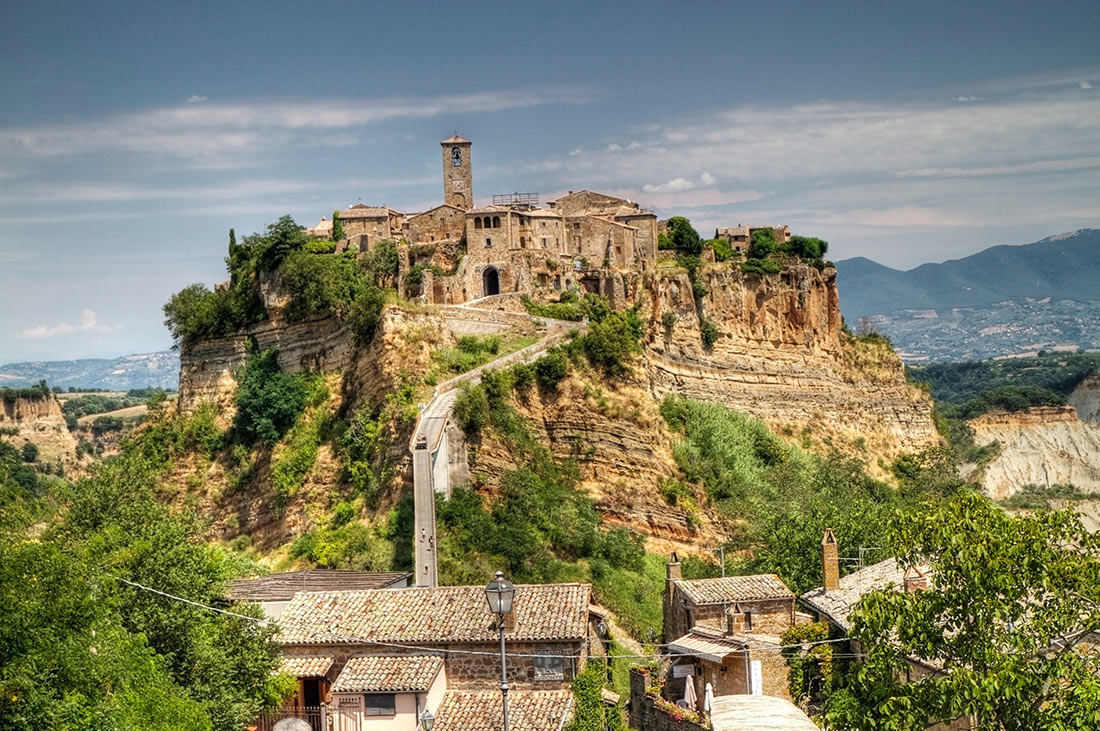 Due to its unique medieval appearance, Civita di Bagnoregio is listed as a UNESCO World Heritage Site.