Travel site
Home Destinations Devil's Bridge: It was built a thousand years ago in just one...
DestinationsEuropeInteresting

Devil’s Bridge: It was built a thousand years ago in just one night!

This famous medieval bridge is called Ponte della Maddalena (Maria Magdalena Bridge) or Ponte del Diavolo (Devil’s Bridge). It was built over the Serchio River in the late 11th and early 12th centuries during the reign of the Countess Matilda di Canossa. At the beginning of the 16th century, by order of Castruccio Castracani, the bridge was reconstructed. Almost a thousand years have passed since its construction, but the bridge still looks very impressive! 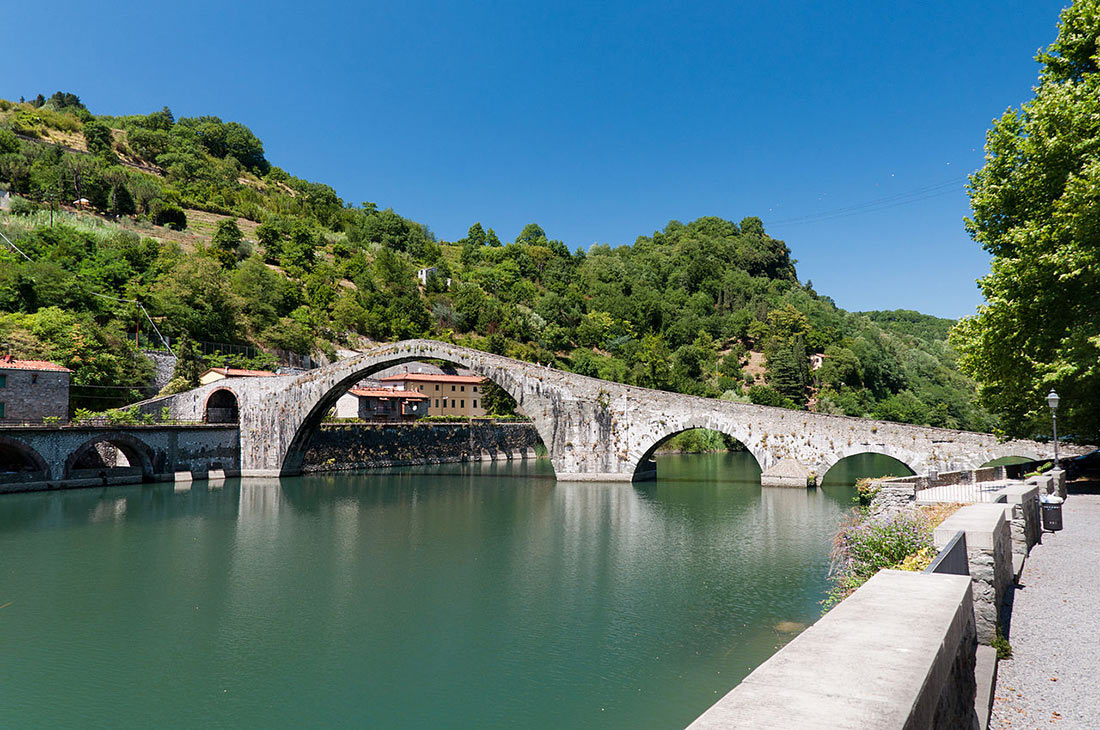 Photo: By H005 (Own work) [Public domain], via Wikimedia Commons 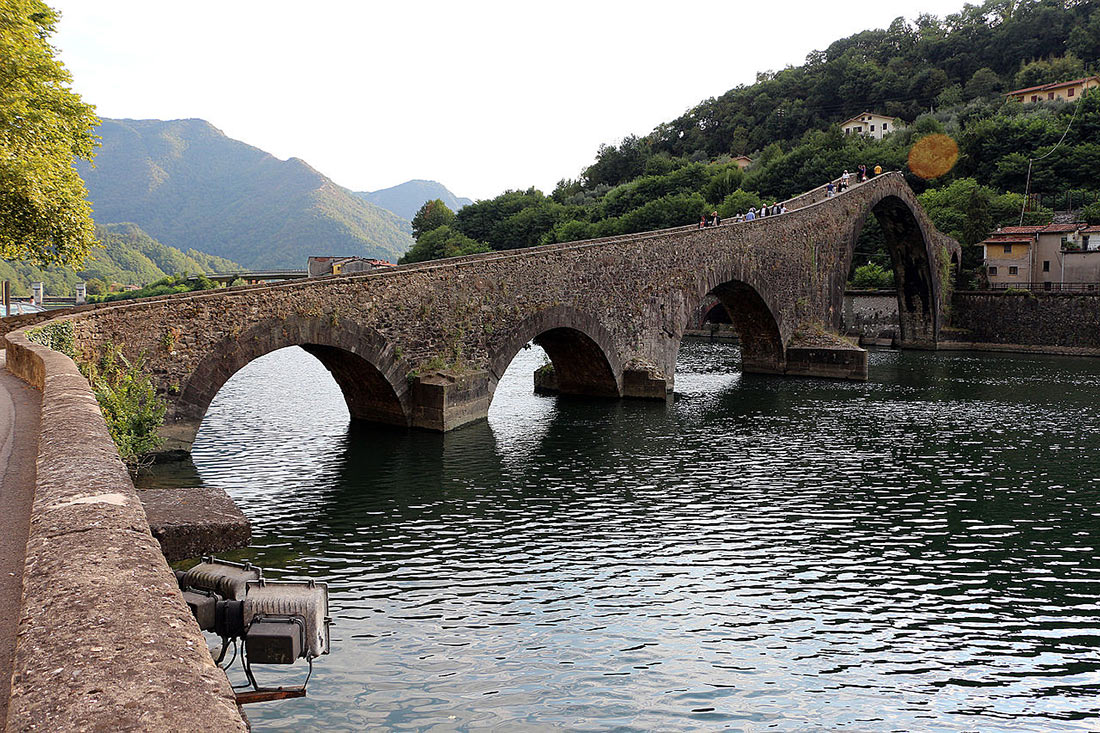 Photo: By Sailko (Own work) [CC BY 3.0 (http://creativecommons.org/licenses/by/3.0)], via Wikimedia Commons

The bridge has the classic medieval shape of a donkey’s back. But it is asymmetrical. All its arches are different: the central one is not only the tallest and most powerful, but also light and elegant at the same time. This is a unique architectural masterpiece located in a picturesque area. 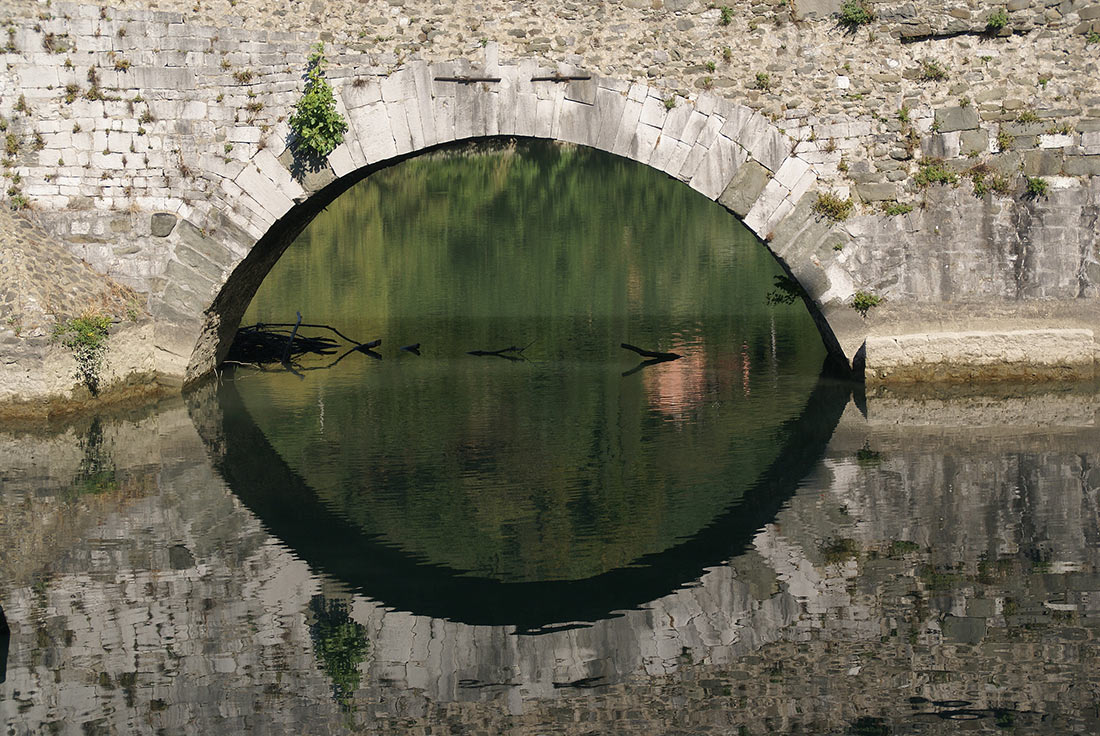 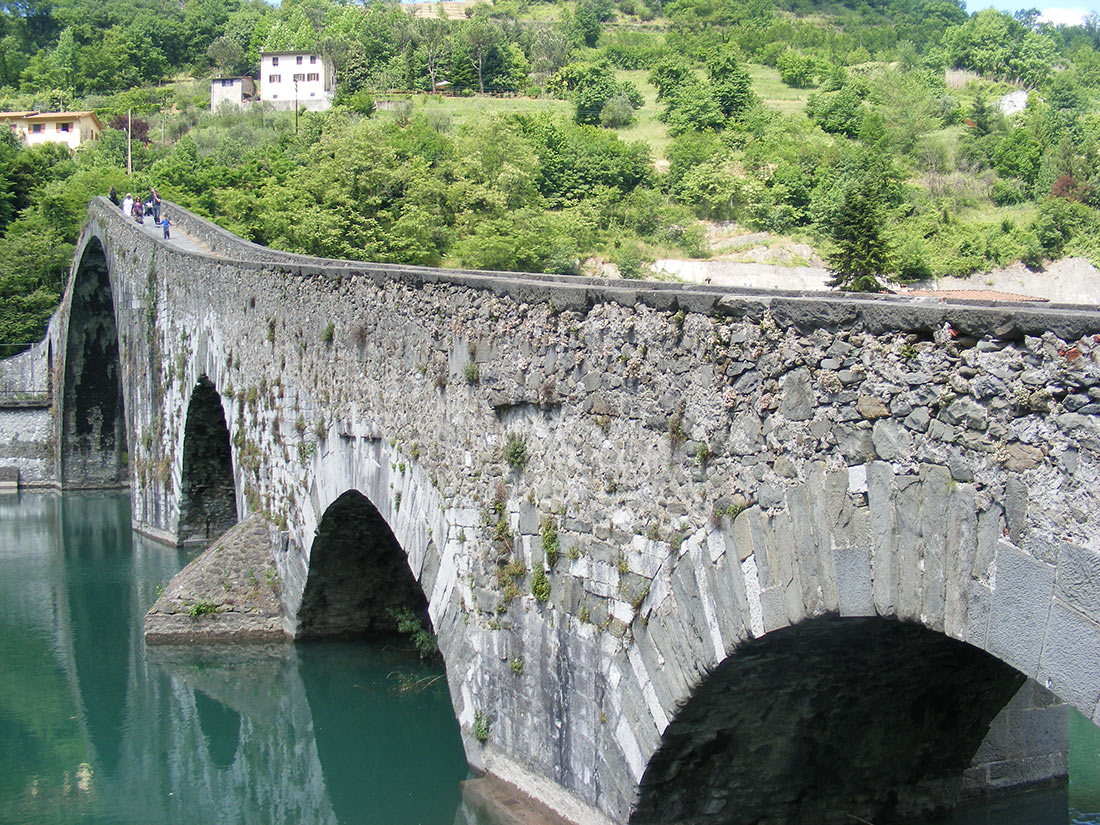 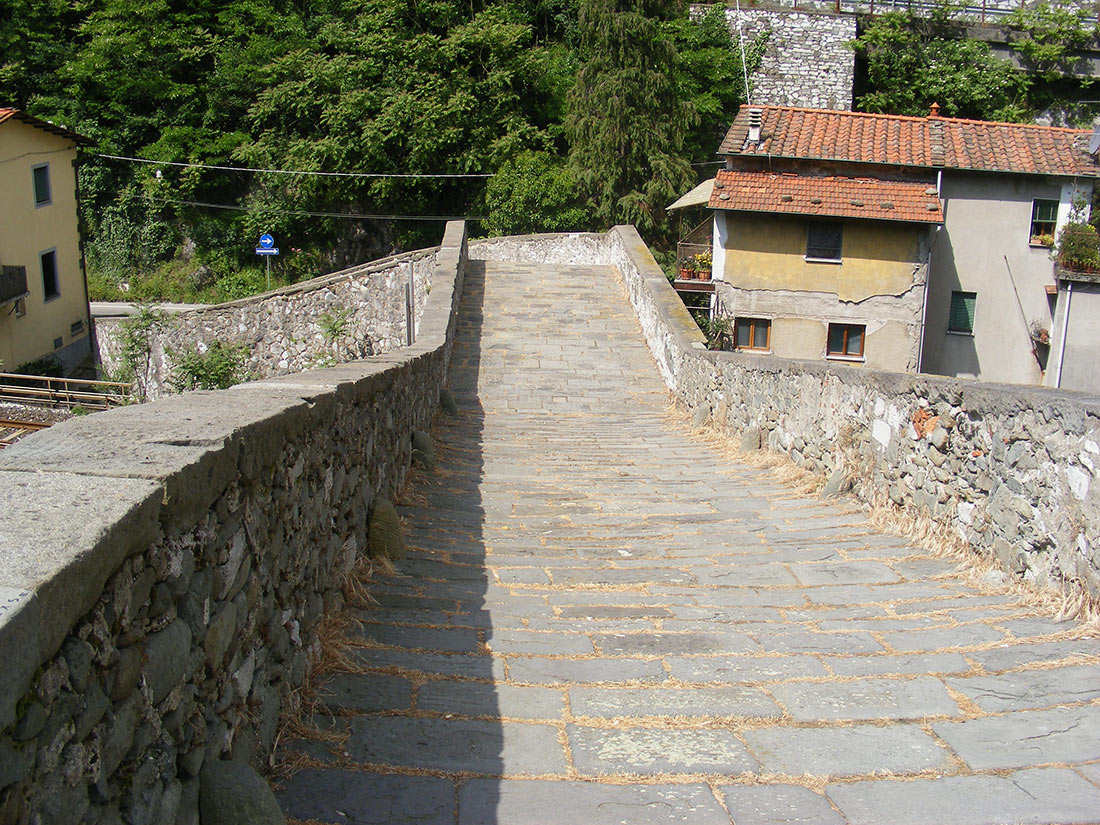 There is a wonderful legend that explains the name Devil’s Bridge. It says that the local people asked a respected craftsman to build a bridge to connect their village with the village on the other bank of the river. He set to work immediately, but progress was not as rapid as he had promised. Being a man of honor, he did his best to keep his promise, working day and night. The days passed quickly, but the work was still progressing very slowly. 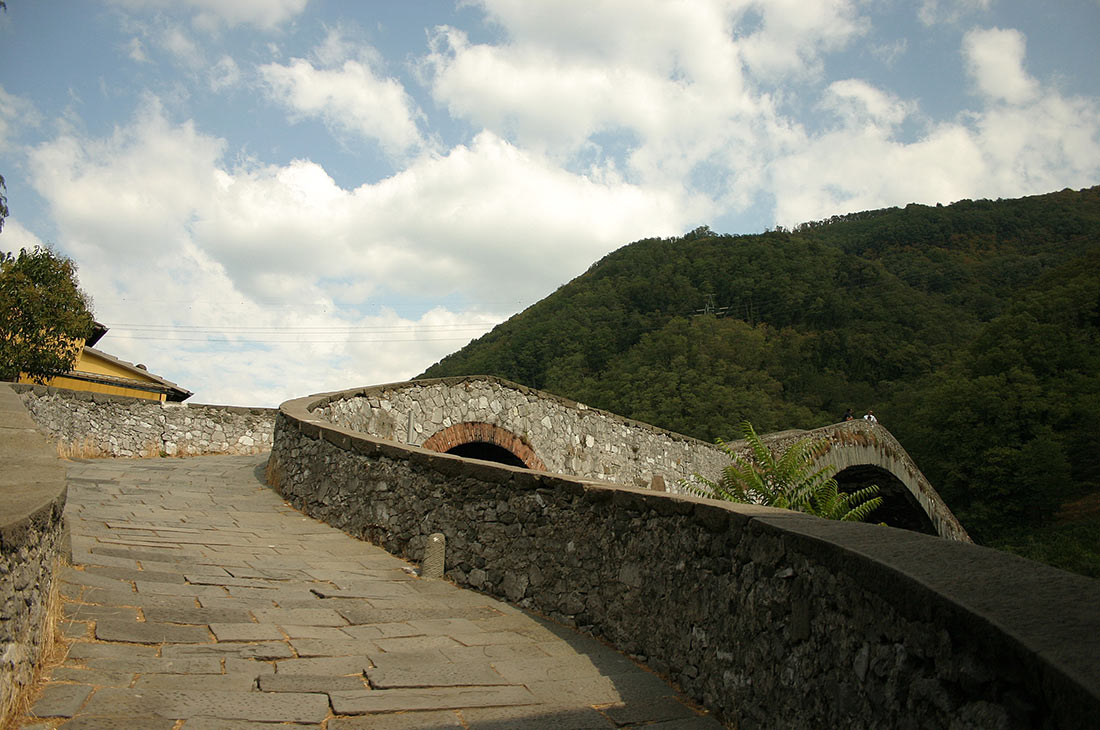 Desperate master asked for help from the Devil, who agreed to complete the work within one night, but instead demanded the soul of the one who was the first to cross the bridge. This is how they made an agreement. By morning, the work was completed. But the bricklayer felt a pang of conscience and repented. And then the priest advised him to be the first to let the pig across the bridge. This is how the Devil was deceived… 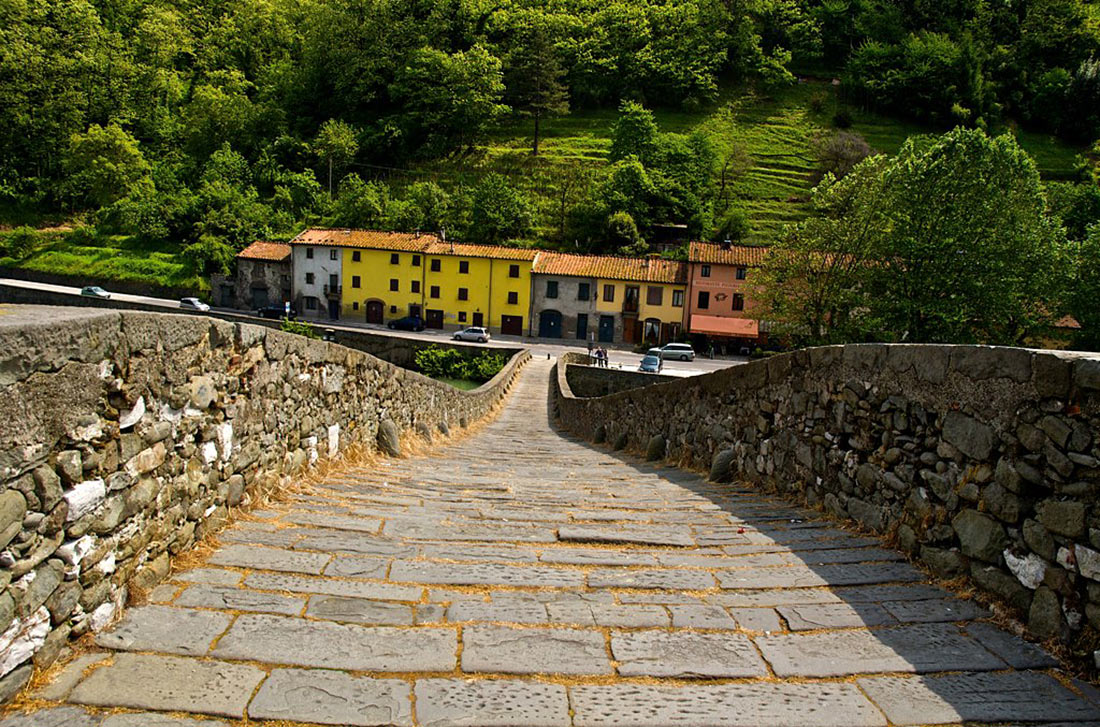 Another version of the way the bridge has appeared is more pragmatic. It says that it was built by order of the Countess Matilda di Canossa so that she could get to the thermal baths. 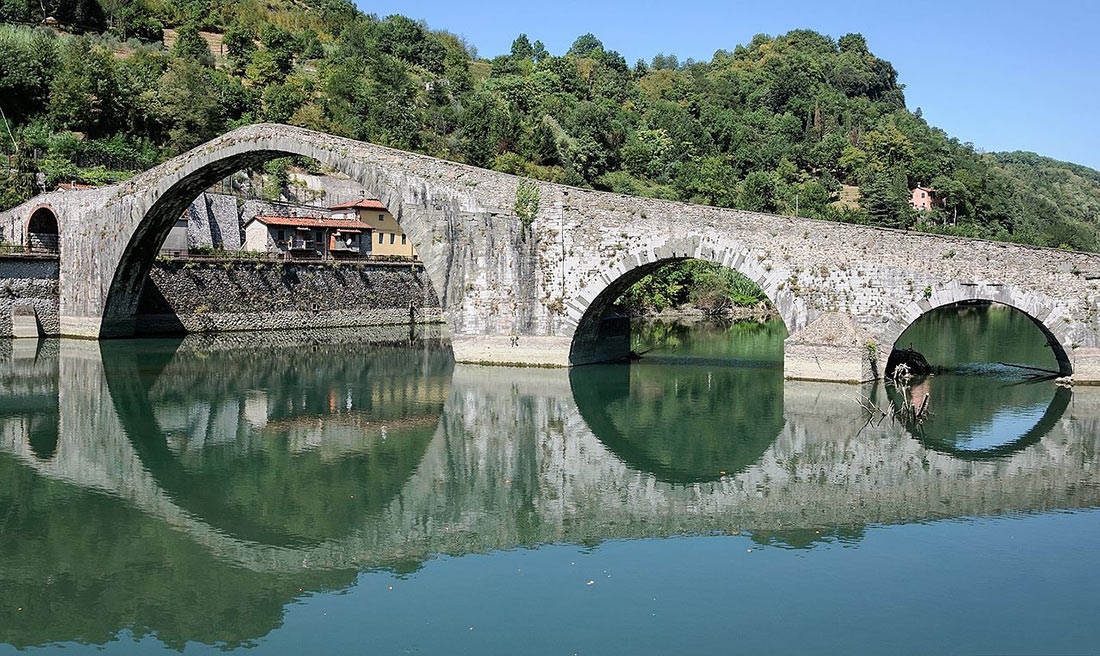 Anyway, this bridge, located near the small town of Borgo a Mozzano in the province of Lucca, is one of the most beautiful and ancient in Italy.

Facebook
Twitter
Pinterest
WhatsApp
ReddIt
Telegram
VK
Viber
Previous articleThe Vasari Corridor: this secret place in Florence is in front of everyone’s eyes, but no one even suspect it!
Next articleSantorini: the most romantic island in the world

Mysterious Niedzica Castle (Dunajec): one of the darkest and most beautiful...