Home Destinations Dinkelsbühl: a traditional old town on the border of Bavaria and Baden-Württemberg
DestinationsEurope

Dinkelsbühl: a traditional old town on the border of Bavaria and Baden-Württemberg

Germany is a true paradise for those who love of history, ancient architecture and a unique medieval atmosphere. Charming small towns are scattered throughout the country, and it looks like time stopped in them a few centuries ago. For the convenience of tourists, a special route called the Romantic Road of Germany was even developed. It extends for 366 kilometers, starting at the River Main and ending right in the Alps, while uniting 27 towns, each of which is unique in its own way. One of the most interesting and authentic towns on this journey into a fairy tale will undoubtedly be Dinkelsbühl, which is conveniently located on the border of Baden-Württemberg and Bavaria.

The town was first mentioned in documents dating back to 1188, and after almost two centuries, its citizens gained independence and freedom. Unlike many other German towns, medieval Dinkelsbühl was almost not damaged during the Second World War and has survived to this day almost in its original form. 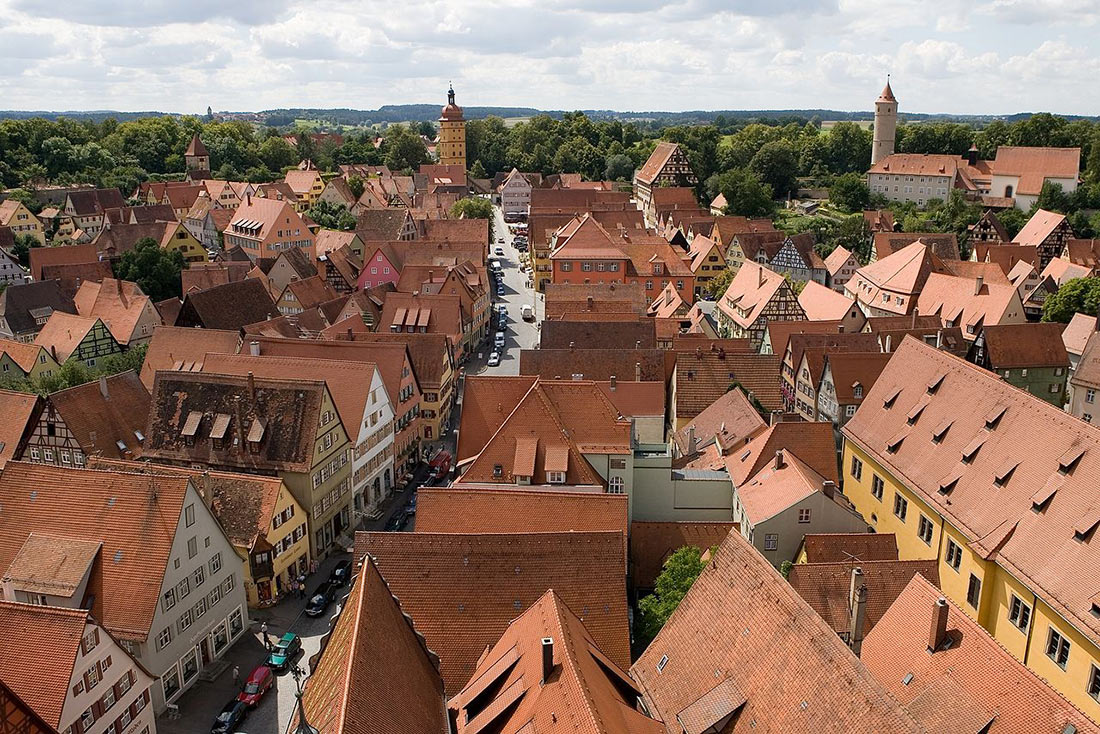 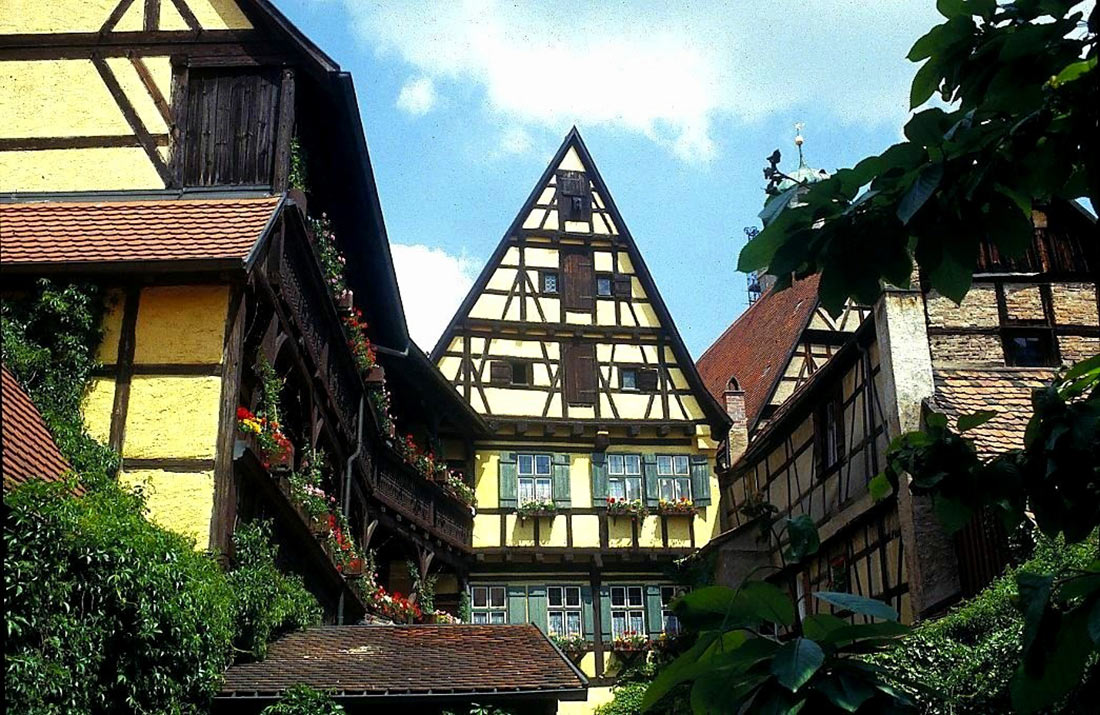 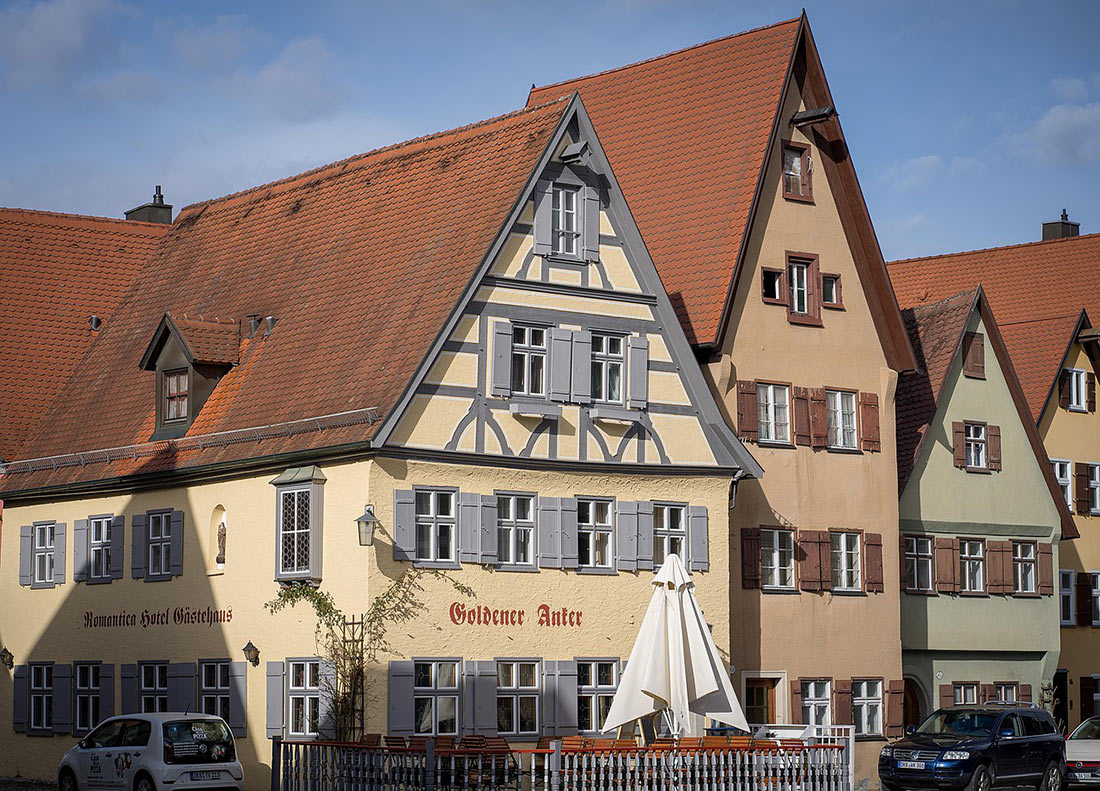 Cobbled streets, sharp tiled roofs and bright flowers only add charm to the stunning half-timbered houses that stay close to each other. 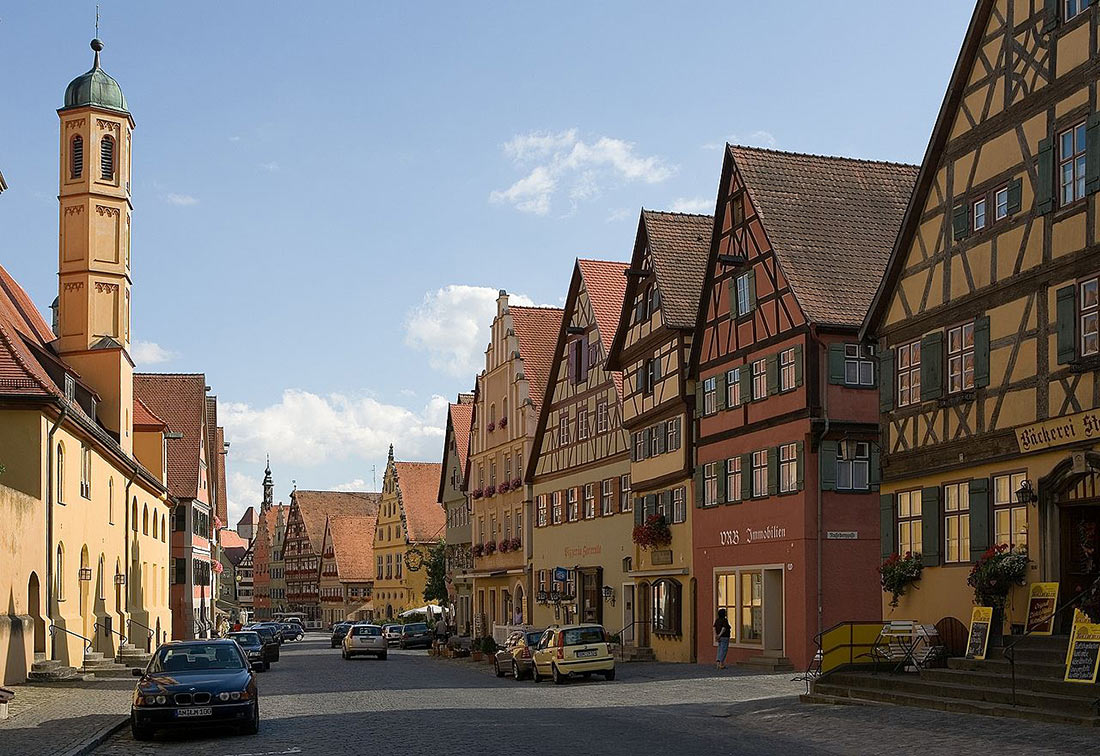 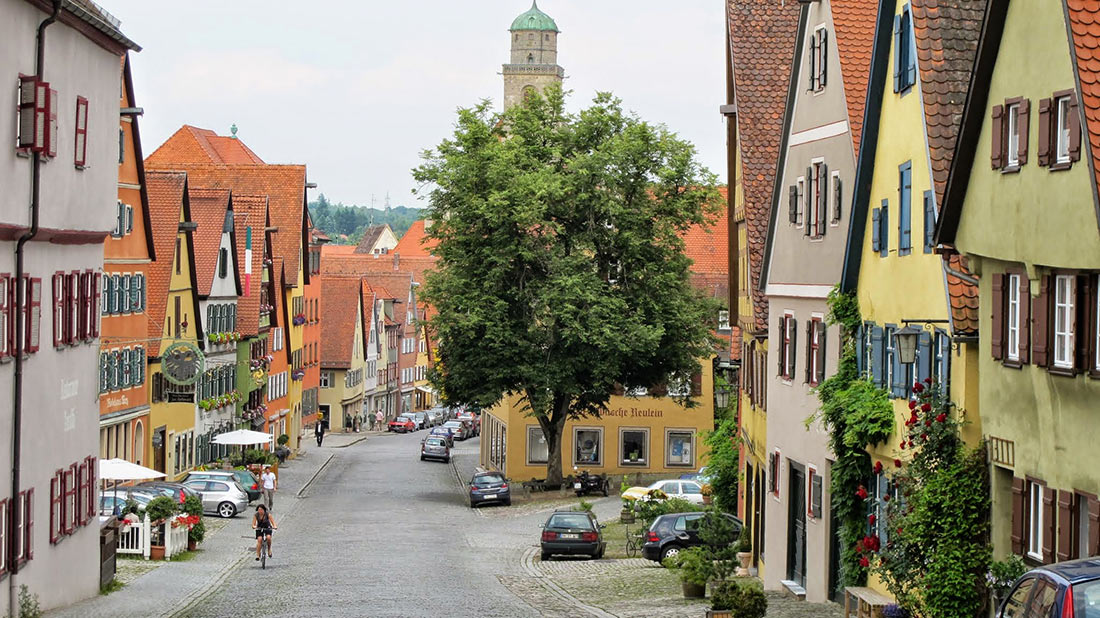 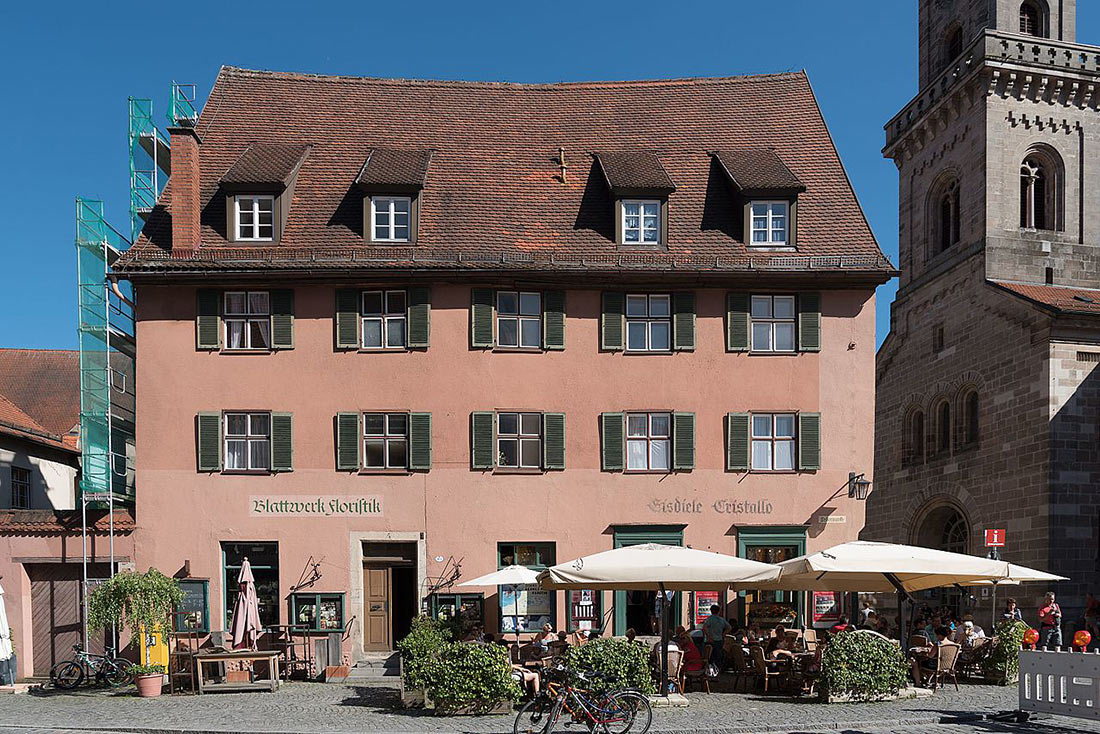 The old town of Dinkelsbühl is surrounded by a powerful fortress wall, which was erected in the 13th century. However, here, unlike many other medieval towns, there is no traditional large market square. Several streets where shops and cafes are located, diverge from the center in different directions. 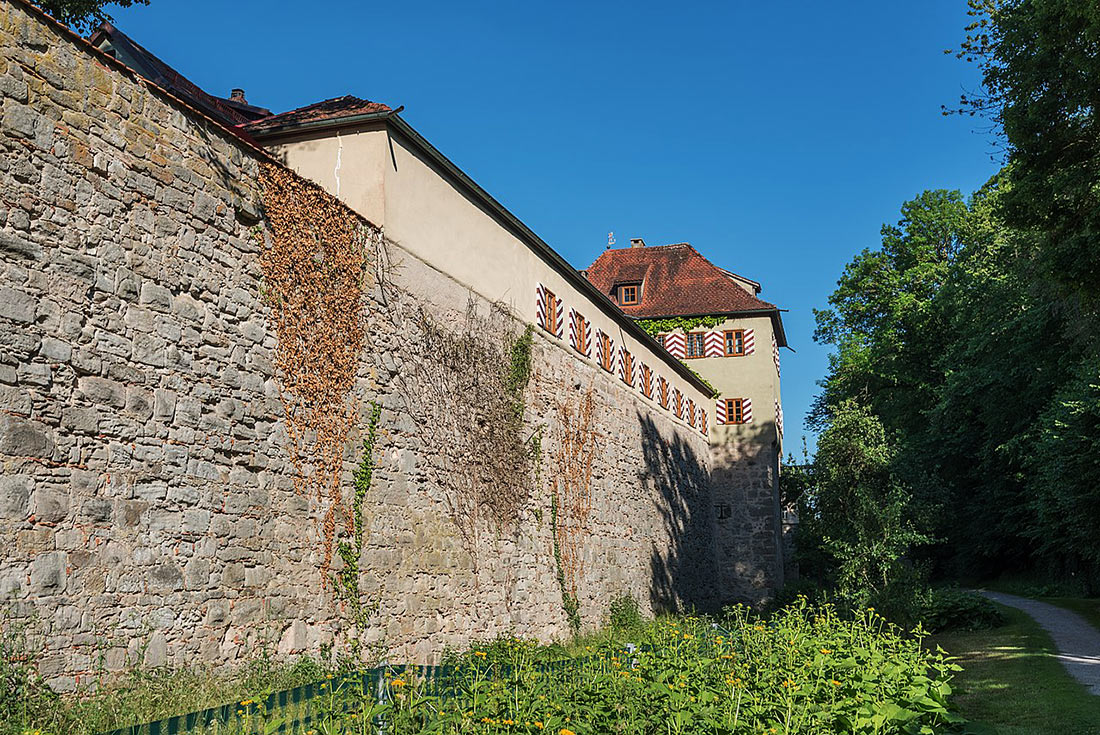 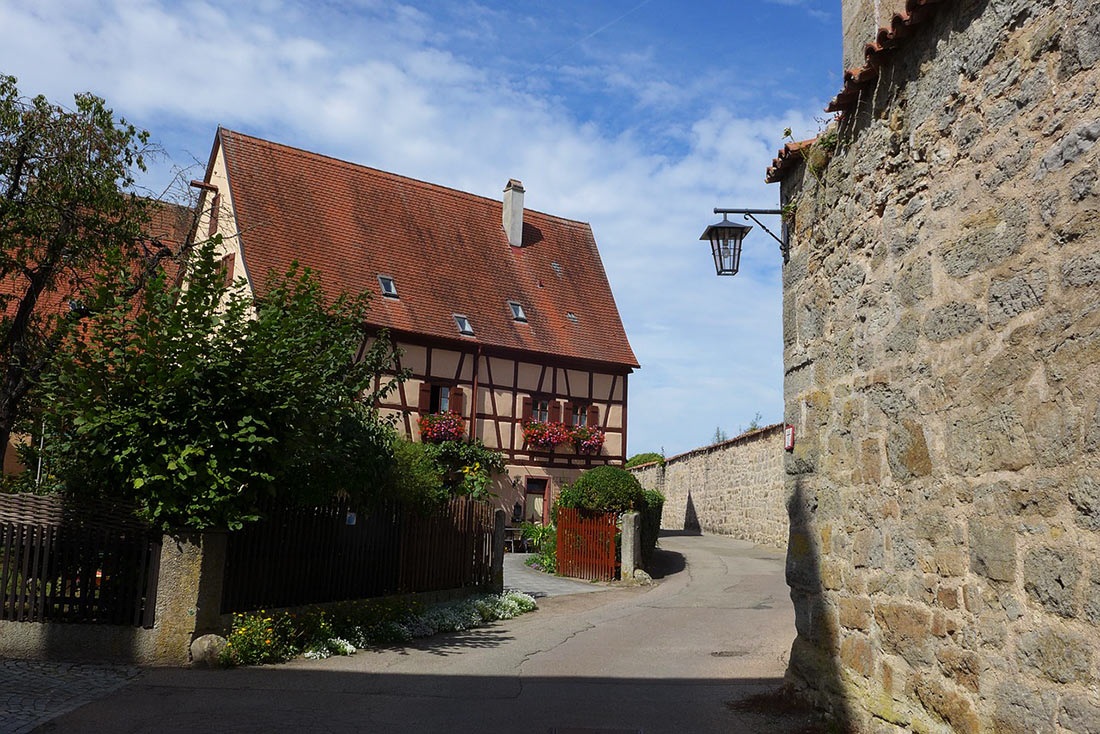 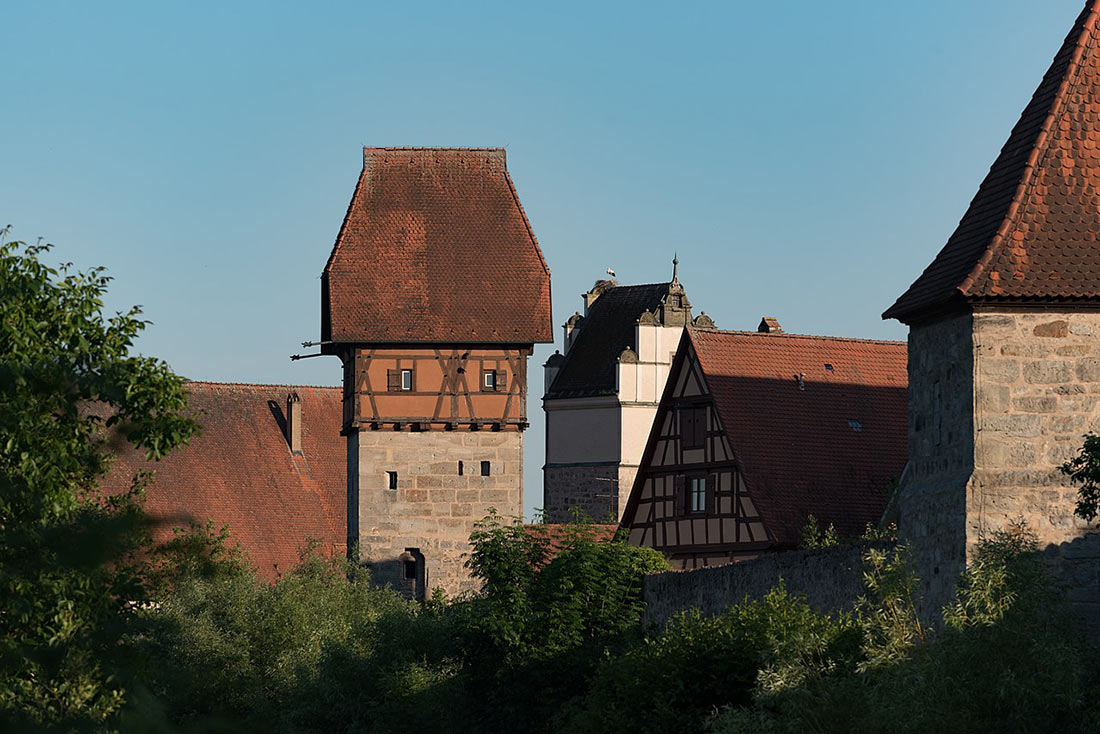 The heyday of the town was in XV and XVI centuries. In 1425, the first manufactory appeared here, and soon it became one of the richest towns in Bavaria. During this period lots of local sights were erected, including gates, towers and magnificent houses of wealthy artisans and merchants. 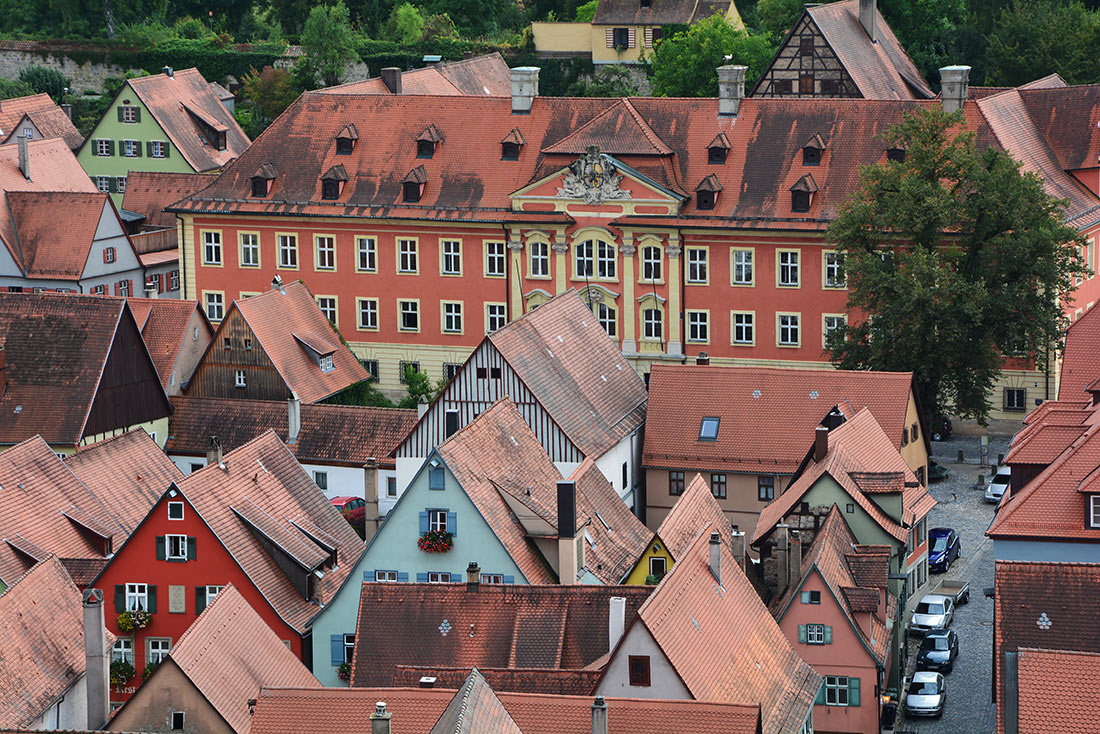 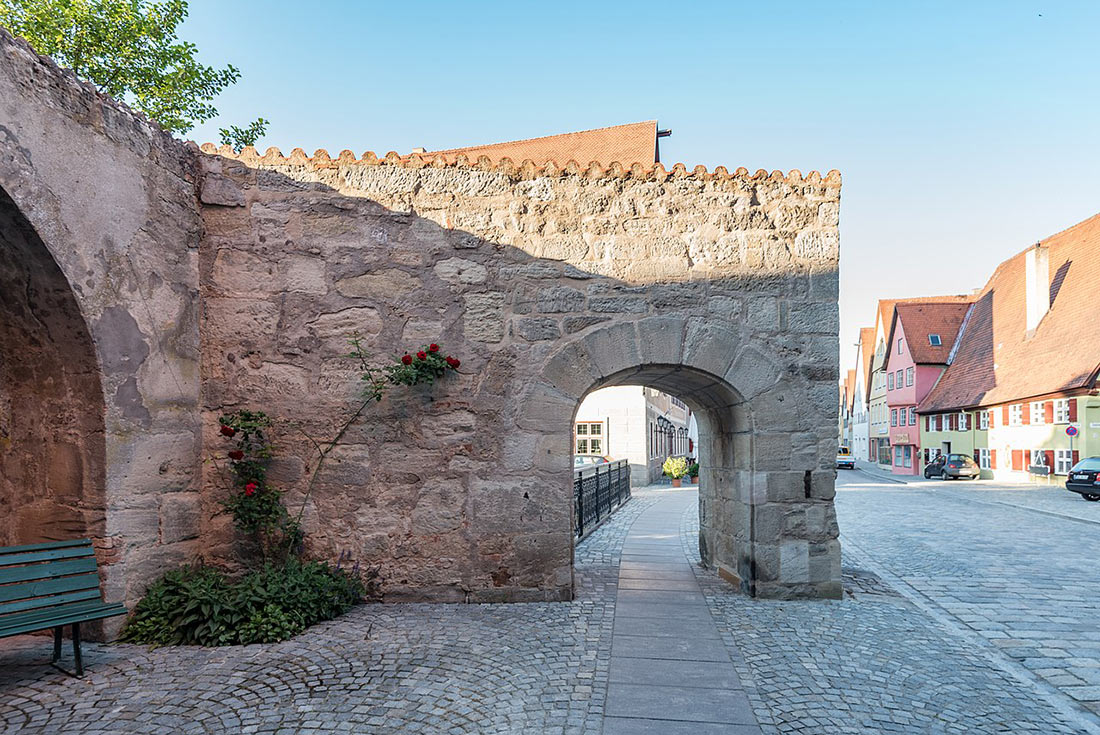 One of the main iconic places of the town is St. George’s Minster which was built between 1448 and 1499, and its Romanesque tower that appeared a little earlier in the 13th century. 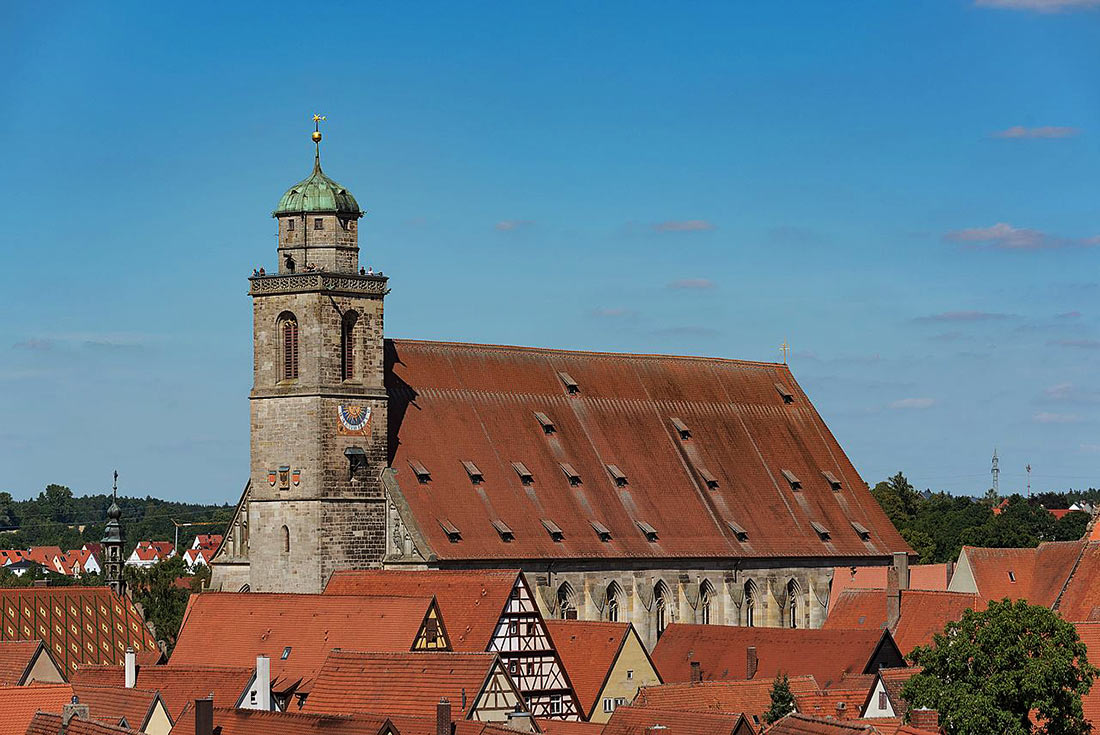 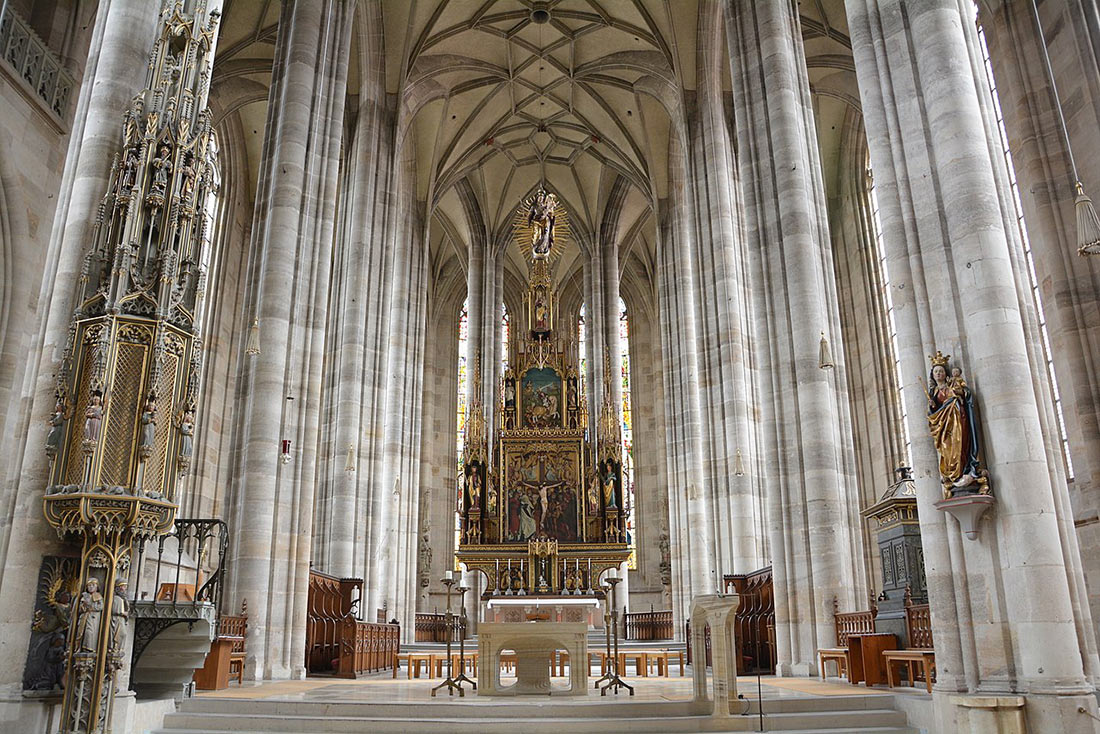 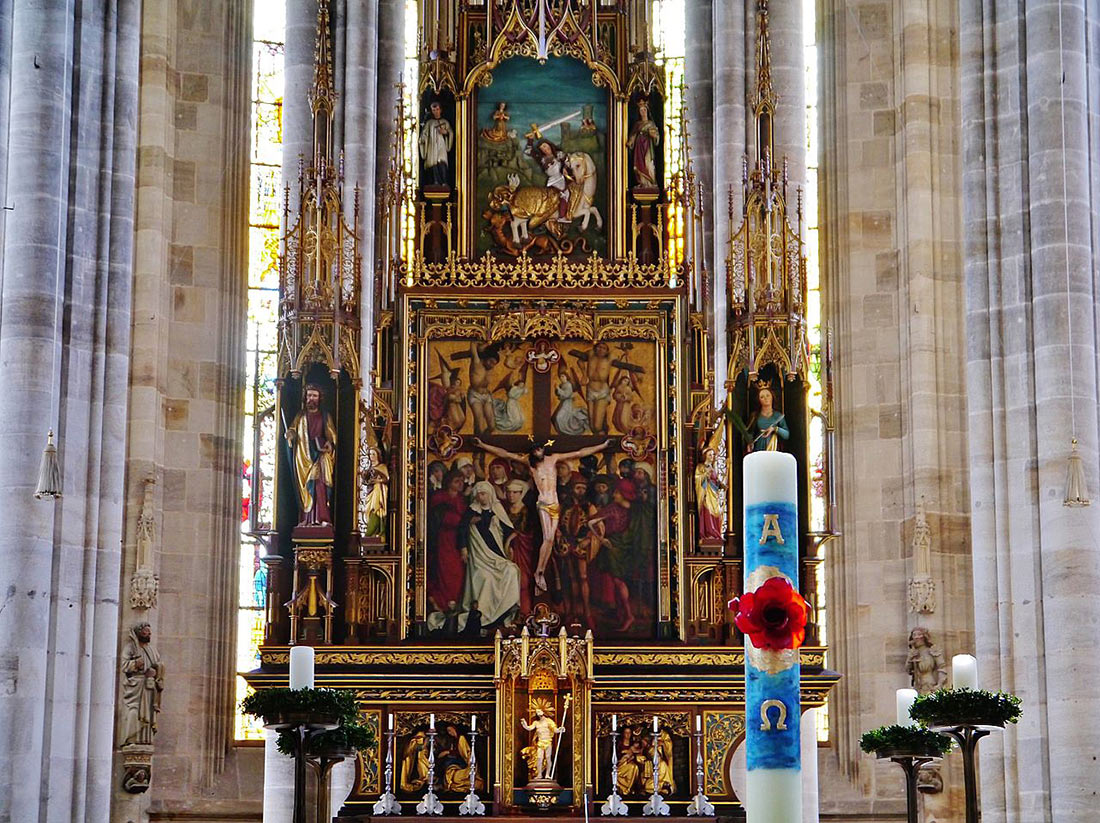 The building of the old town hall, which was erected in the 14th century on the site of a residential tower, houses the Dinkelsbühl History Museum today. 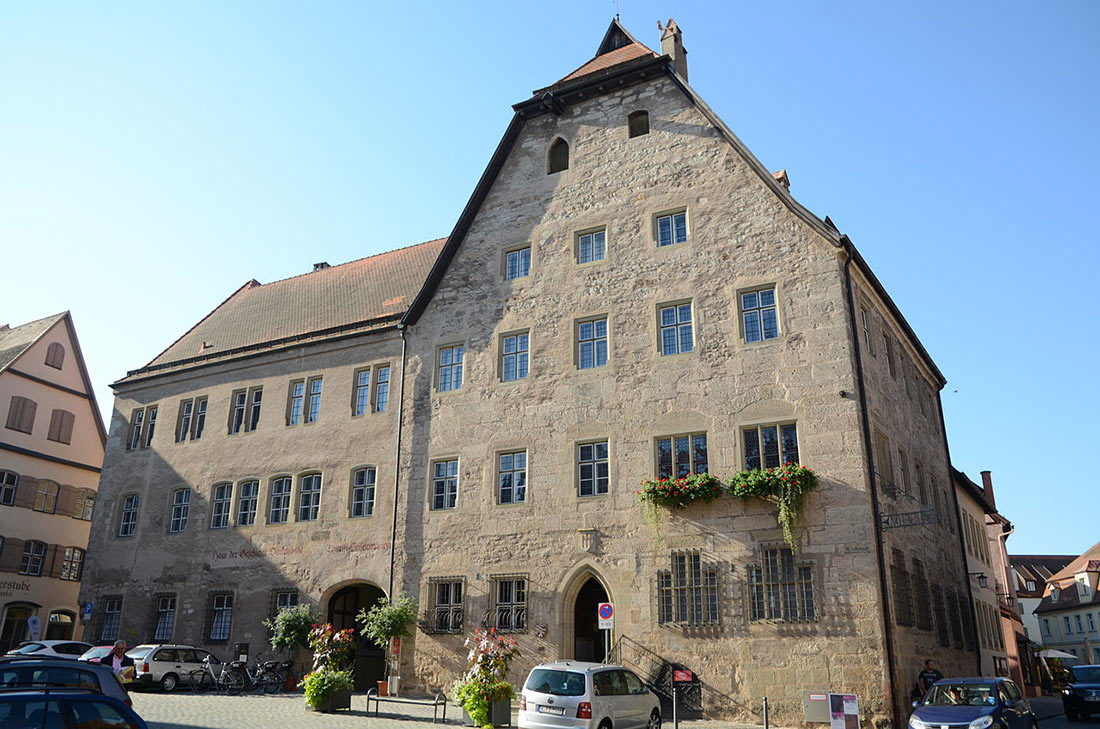 On the central square called Weinmarkt, there is a German house, the ornate facade of which is one of the most beautiful in southern Germany. 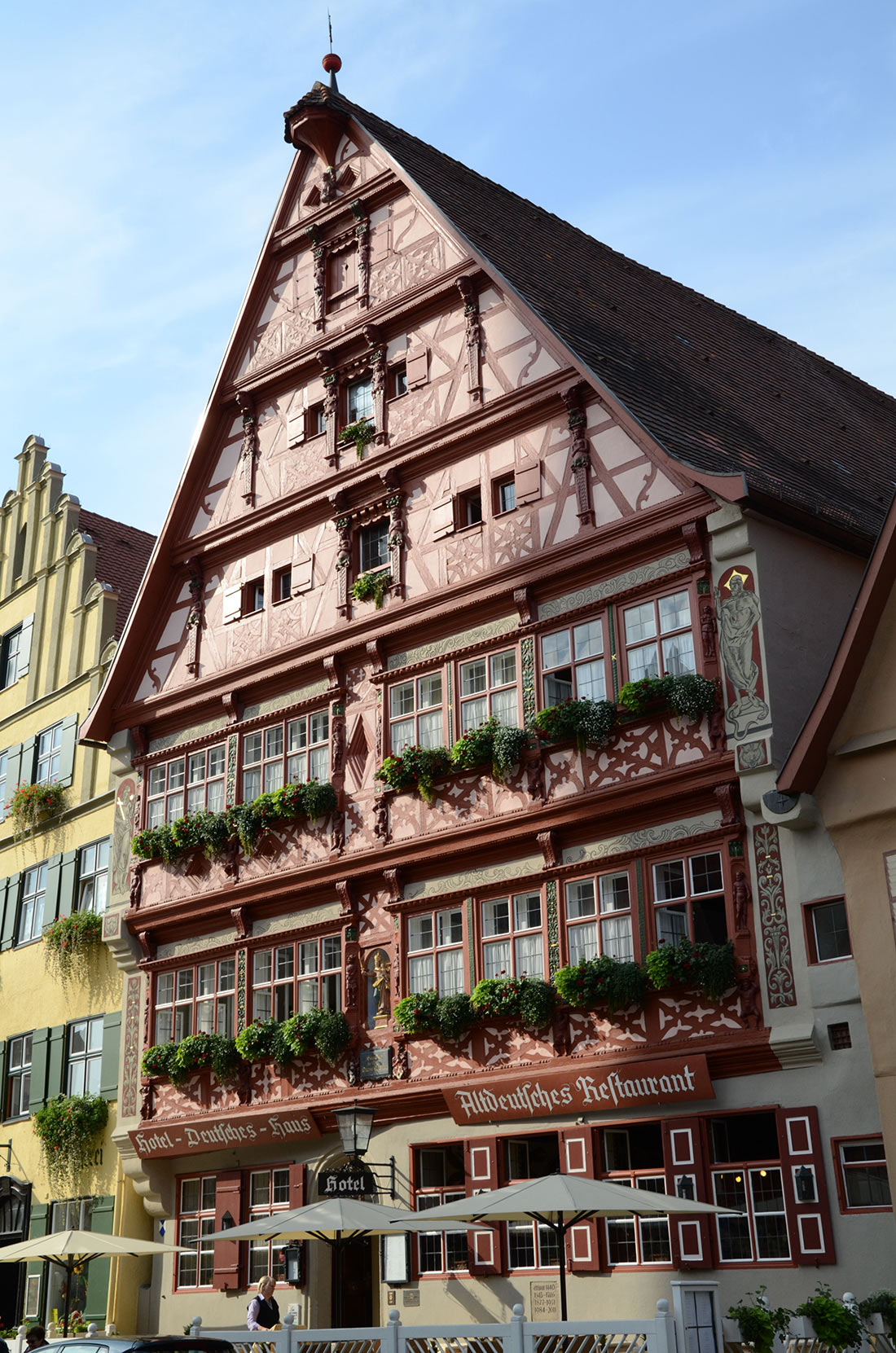 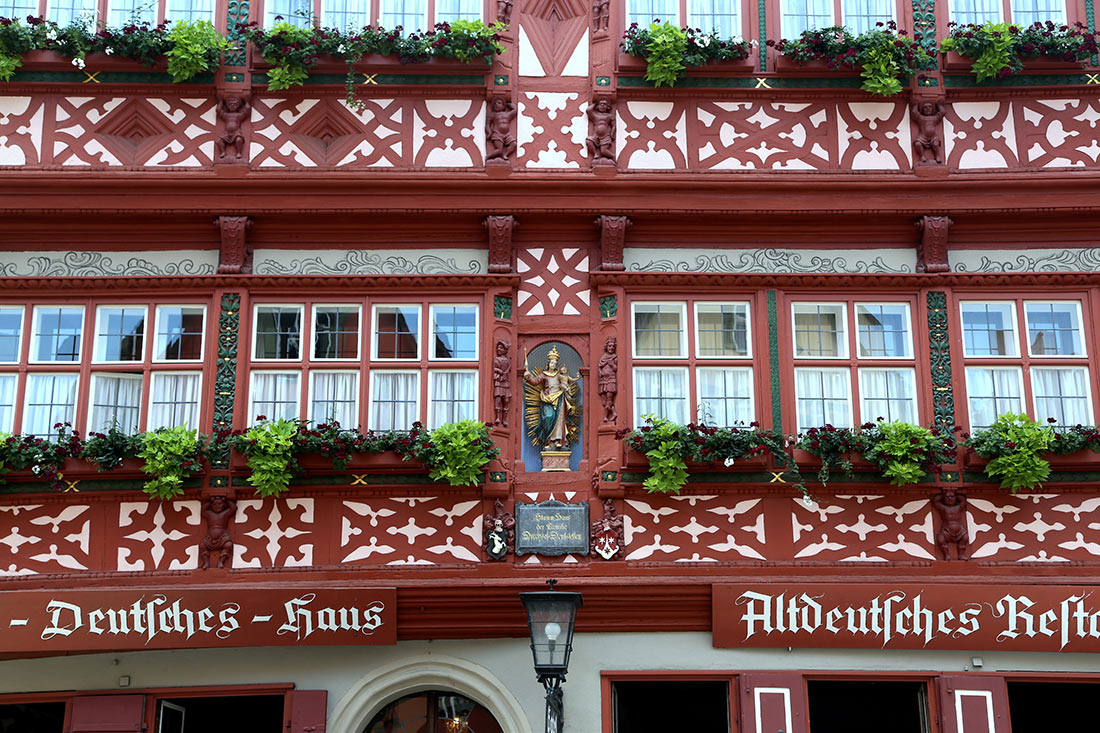 Dinkelsbühl, unlike the neighboring Rothenberg, is not so spoiled by tourists. And if you want to feel the unique atmosphere of a typical medieval town, you simply can’t find a better place! 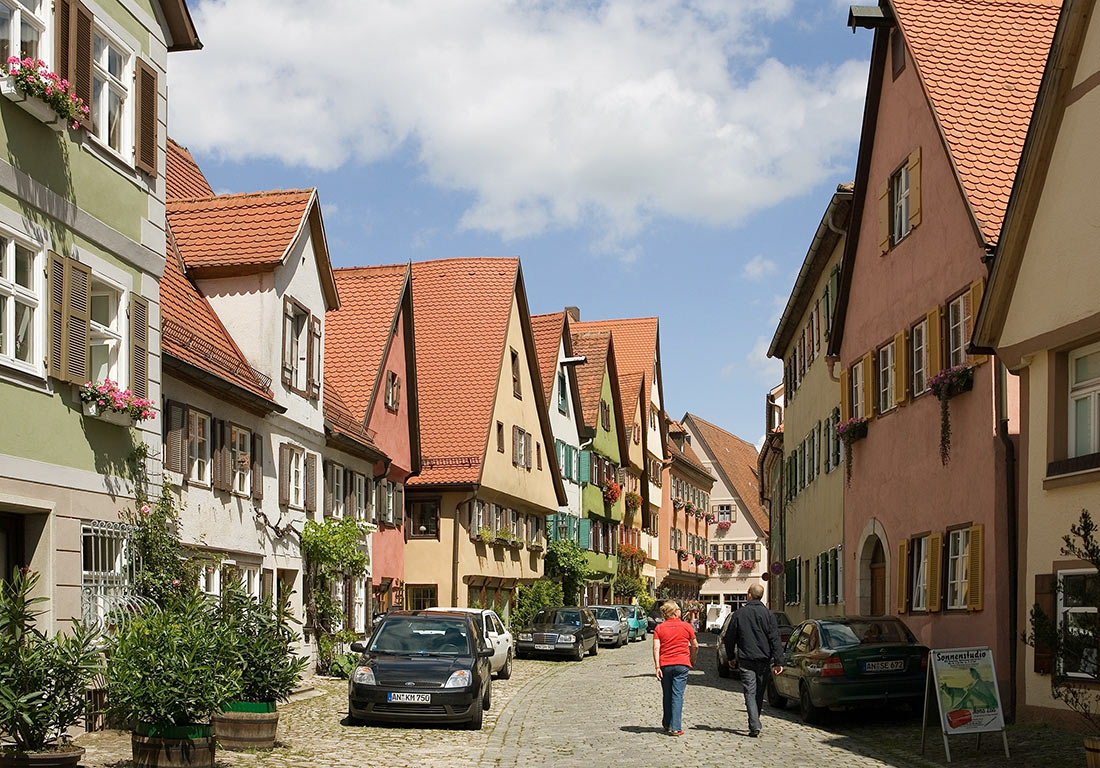 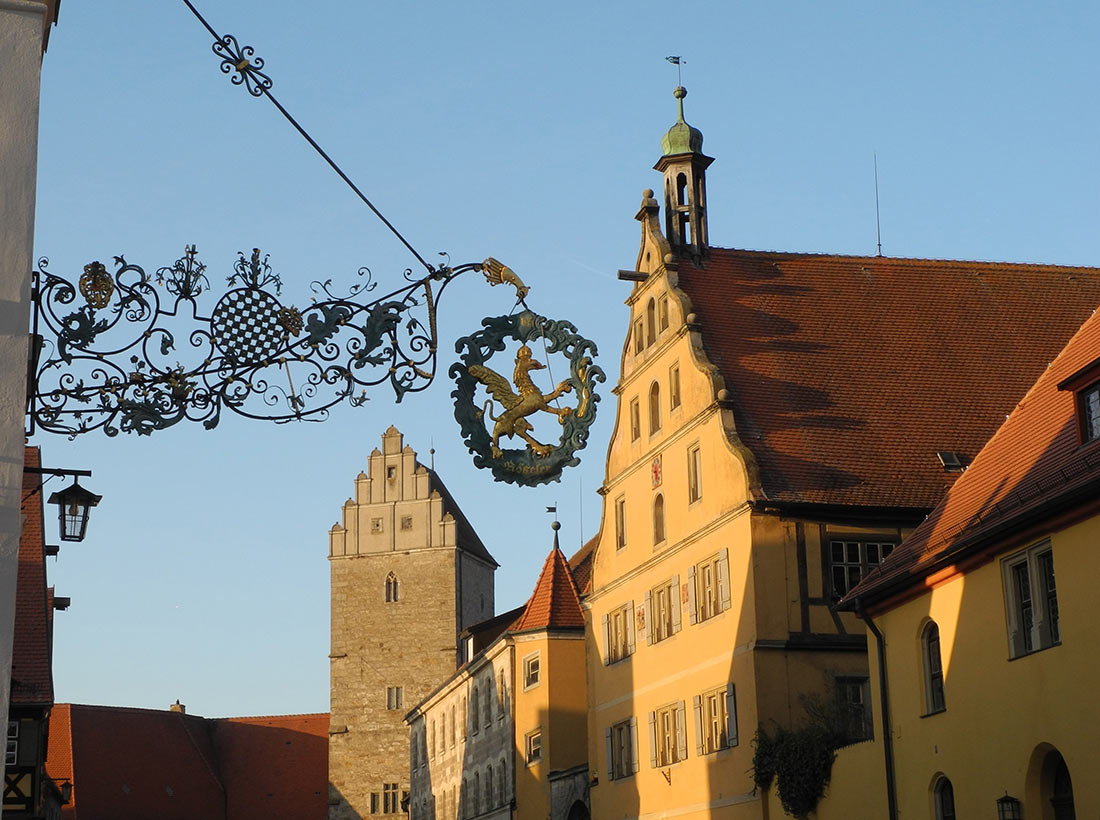