Travel site
Home Destinations The Vasari Corridor: this secret place in Florence is in front of...
DestinationsEurope

The Vasari Corridor: this secret place in Florence is in front of everyone’s eyes, but no one even suspect it!

Florence is a mysterious ancient city, which you can enjoy again and again. The best writers, sculptors artists and architects created their best artworks inspired by unique atmosphere. Now, thanks to them, the cultural heritage of the city is simply priceless. The legendary Medici lived here – a family that is inextricably linked with the history of not only Italy, but also the whole of Europe. Their powerful influence extended far beyond their hometown, and the intrigues they built are still a byword all over the world. So sometimes it was simply vital for them to remain unnoticed – so much that no one even suspected that someone from the powerful family was nearby. One of the ways to achieve this goal was unhindered and inconspicuous possibility to move around the city. That is what the Vasari corridor was built for.

Vasari Corridor in Florence is a covered gallery that runs through the city and connects Palazzo Vecchio wirh Palazzo Pitti. It is located literally over the heads of passers-by, but lots of people are not even aware of its existence. 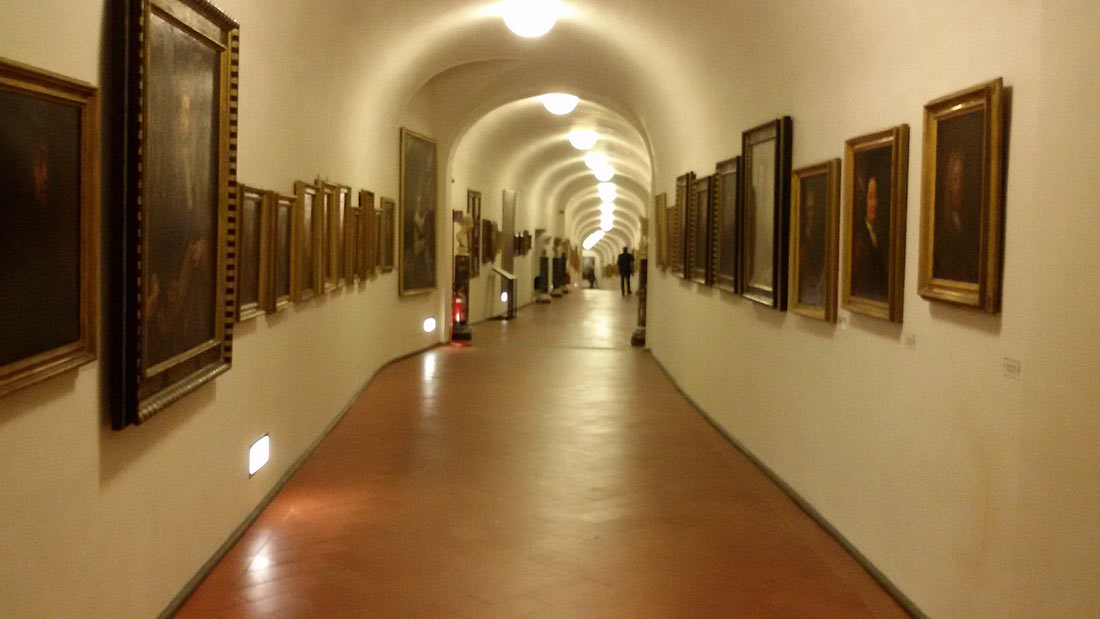 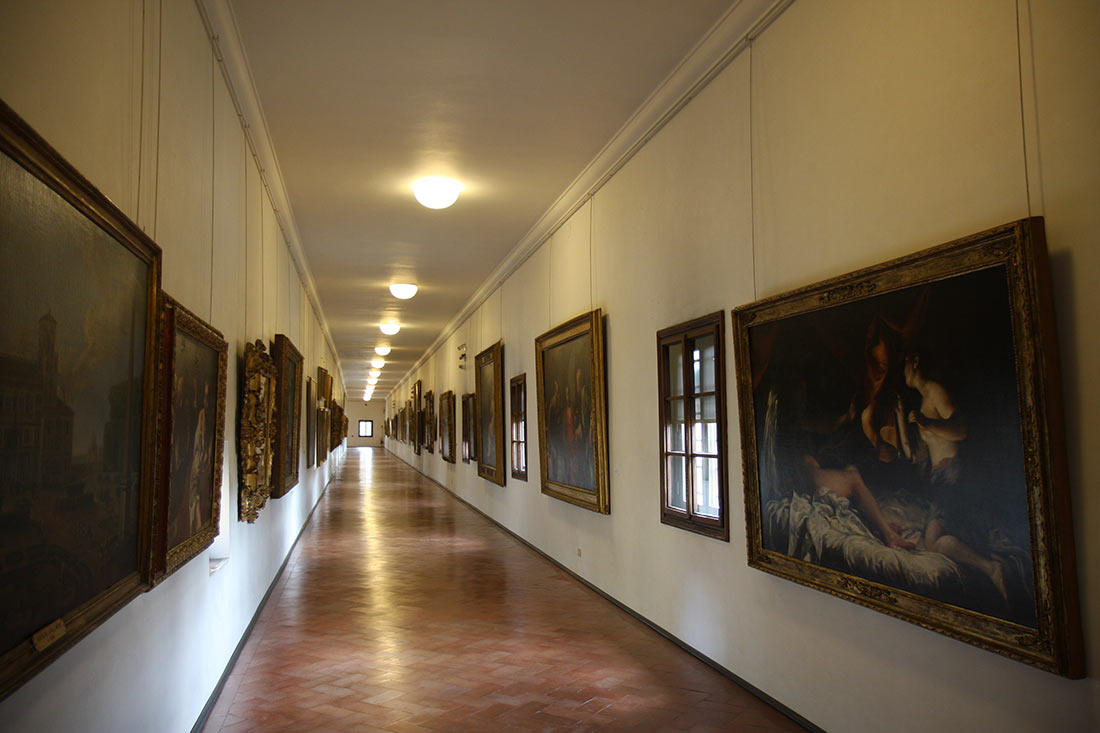 The original gallery was built by the architect Giorgio Vasari in 1565 in honor of the wedding of Joanna of Austria and Grand Duke Francesco I Medici. The work lasted 5 months. The purpose of the construction was pragmatic: it was supposed to connect the house where the Medici lived in with Palazzo Vecchio, where the government of Tuscany settled at that time. 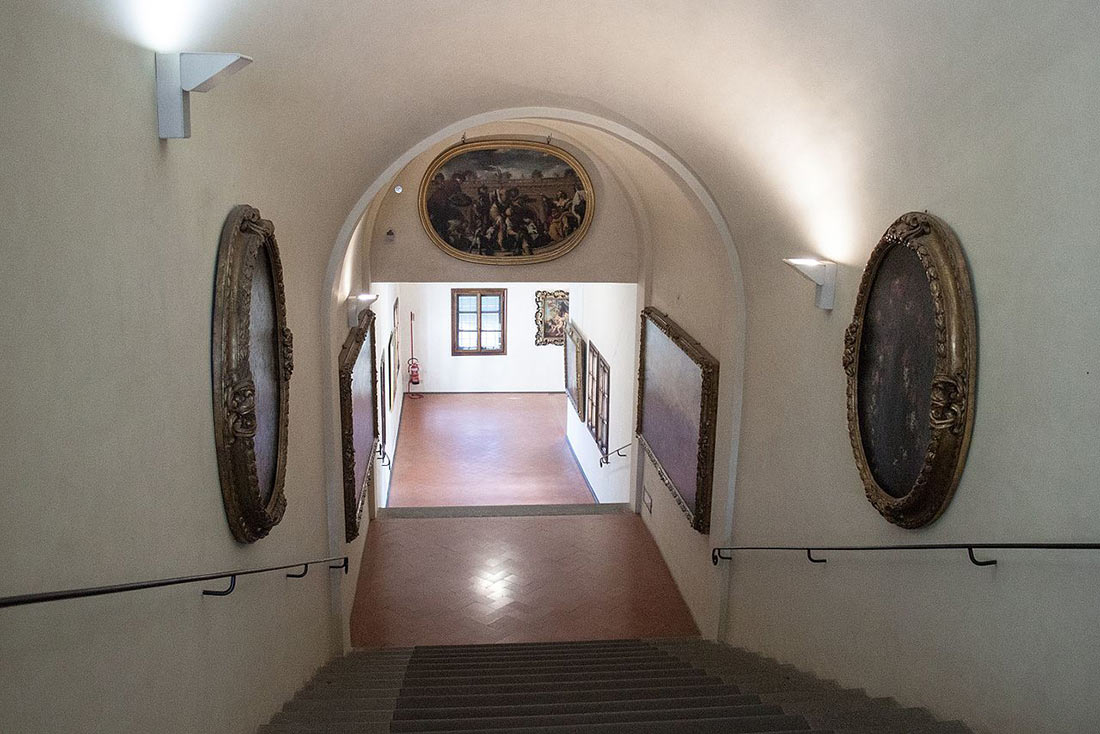 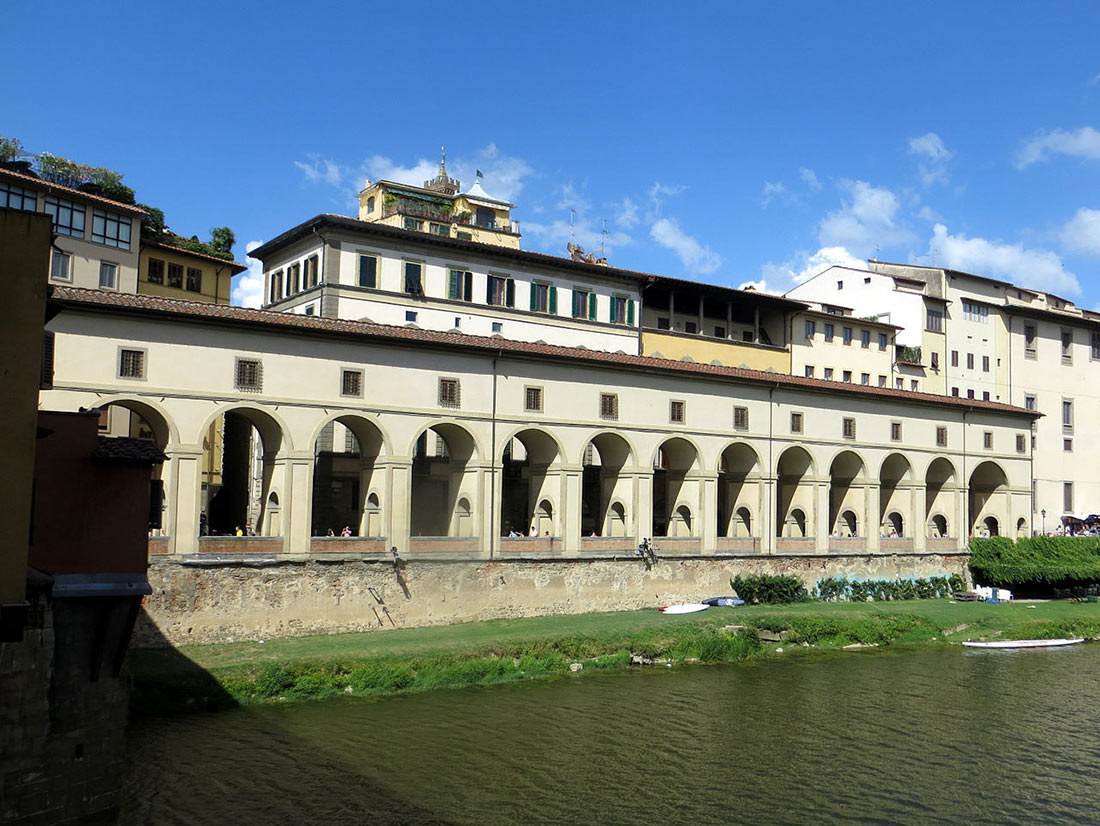 The Vasari Corridor begins in Palazzo Vecchio. By means of it, the Medici family and their honourable guests could absolutely freely get to the Palazzo Pitti, without fear of being noticed and without leaving the city. 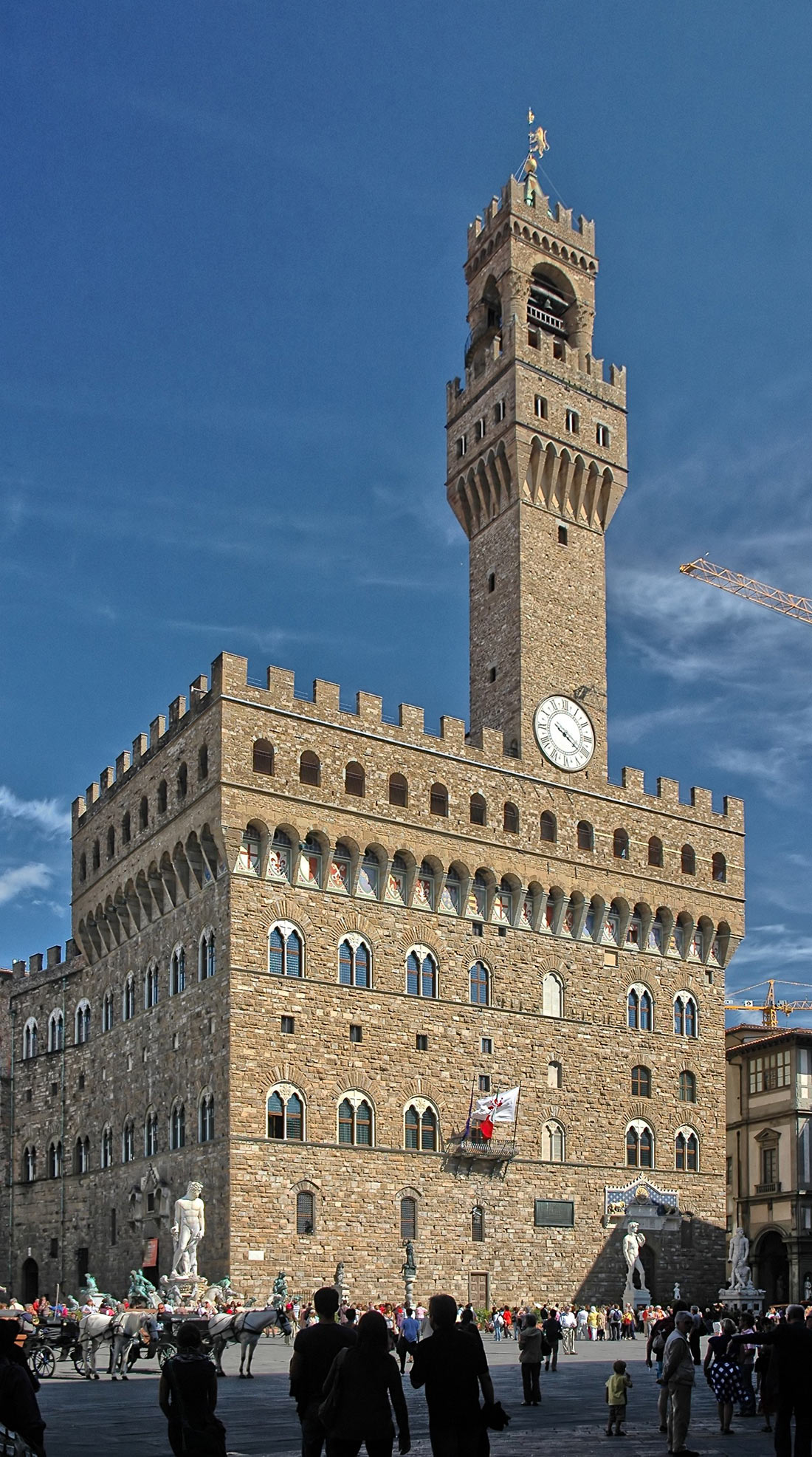 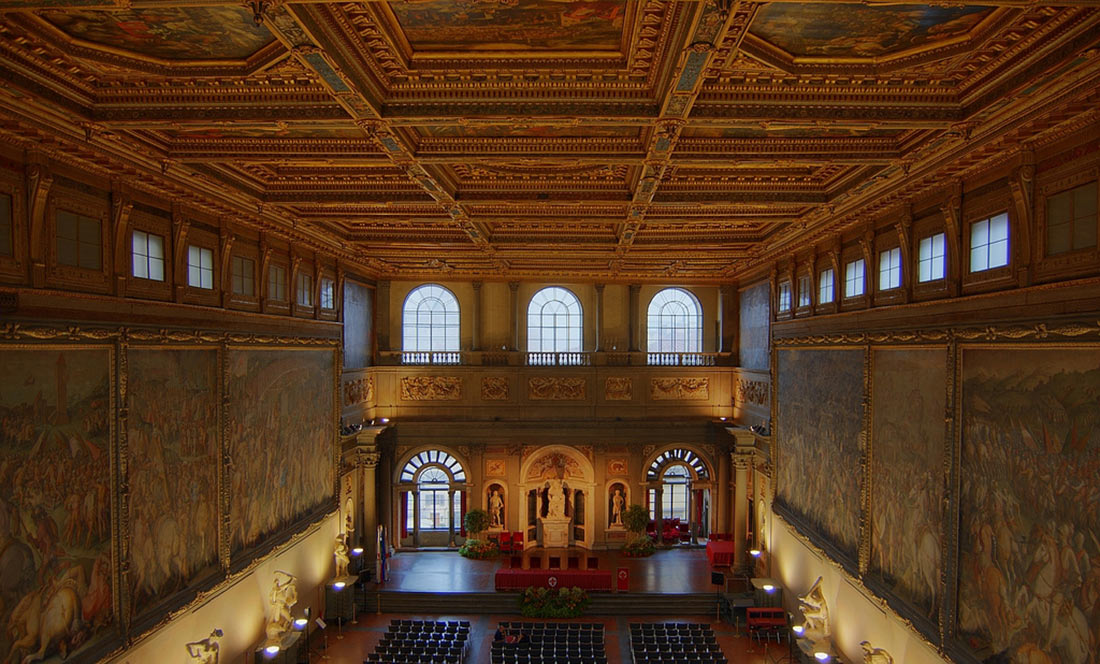 This secret path crosses the Arno River on the unique Ponte Vecchio residential bridge. During construction, all butchers and fish shops that were located on the bridge at that time were removed, because unpleasant smells should not have irritated eminent persons. This is how jewelry stores appeared on Ponte Vecchio. 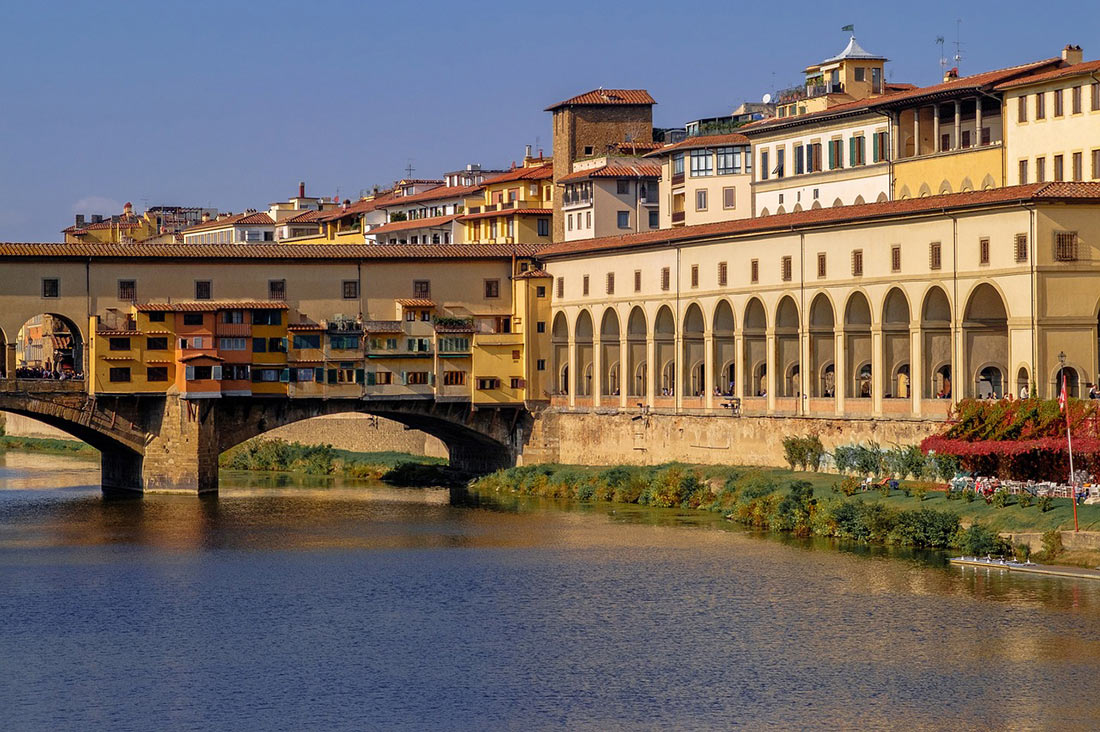 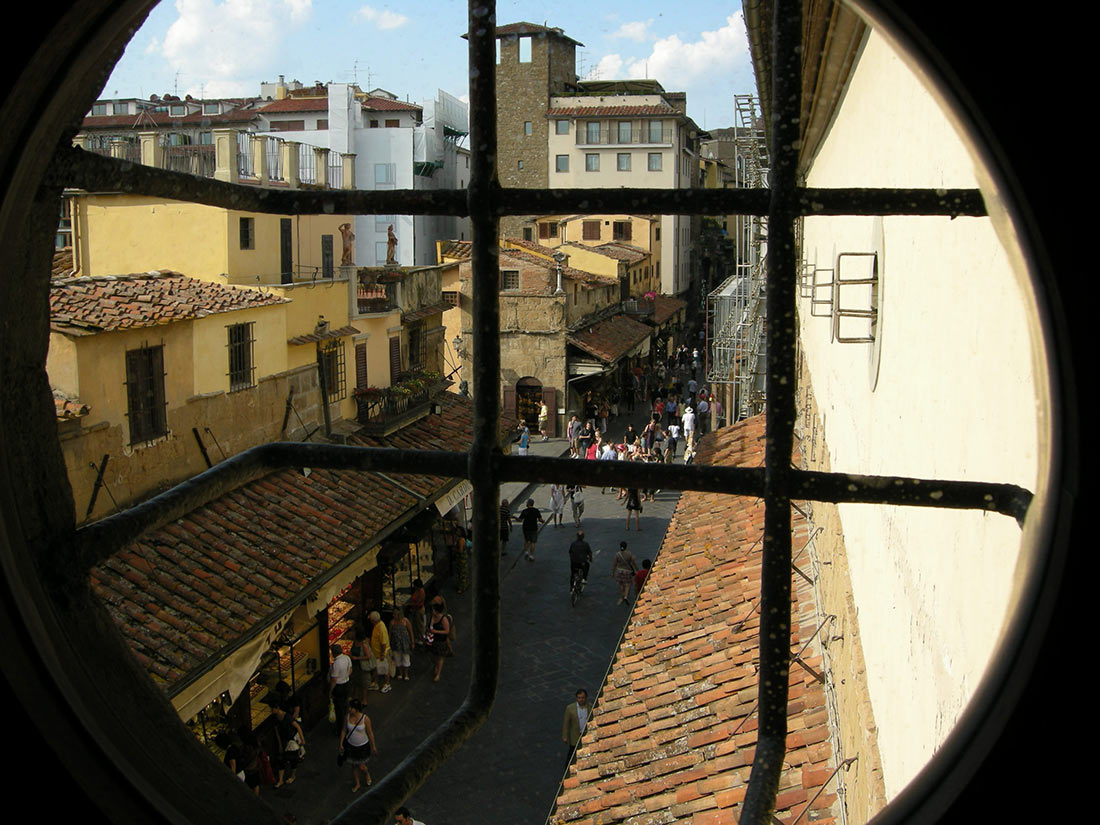 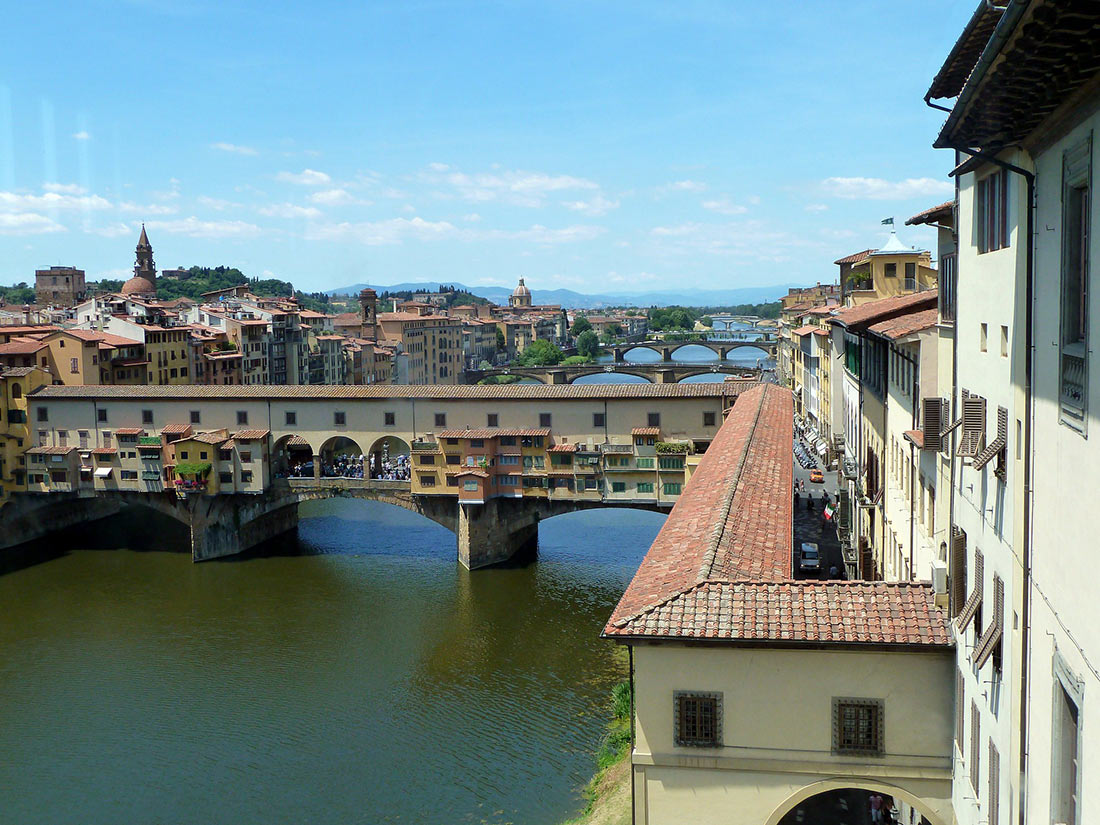 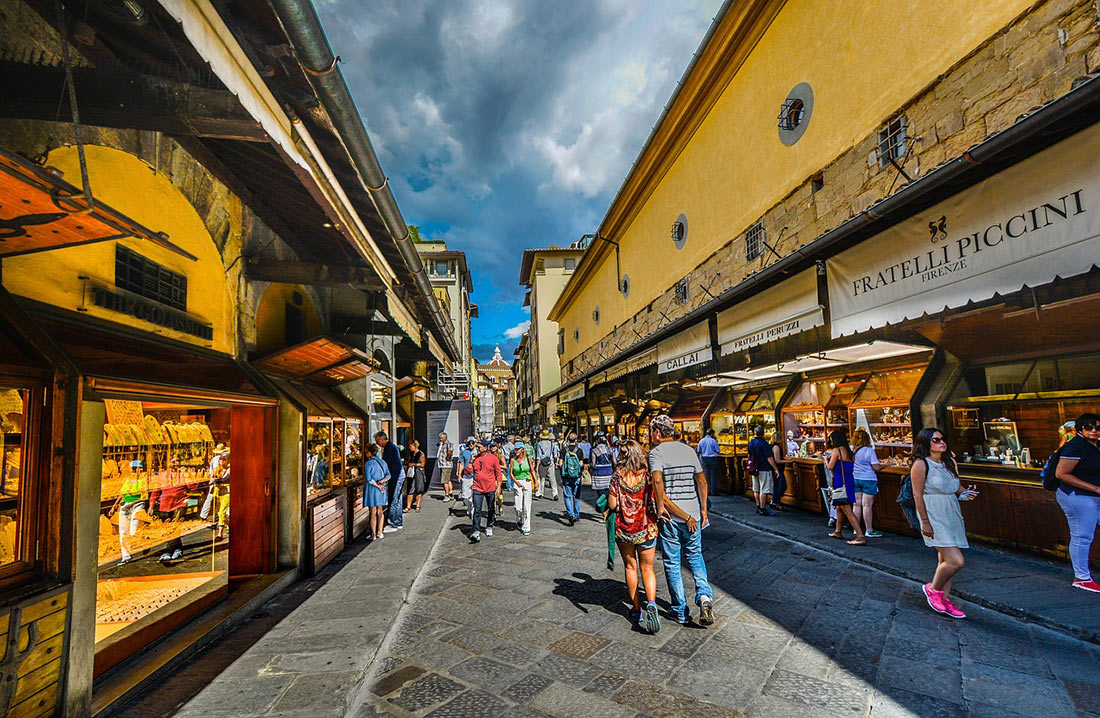 In 1939, some windows on the bridge were made panoramic by the personal order of Mussolini, so that he could proudly show his guests a magnificent view of the city. The rest of the legendary corridor has been preserved almost in its original form. 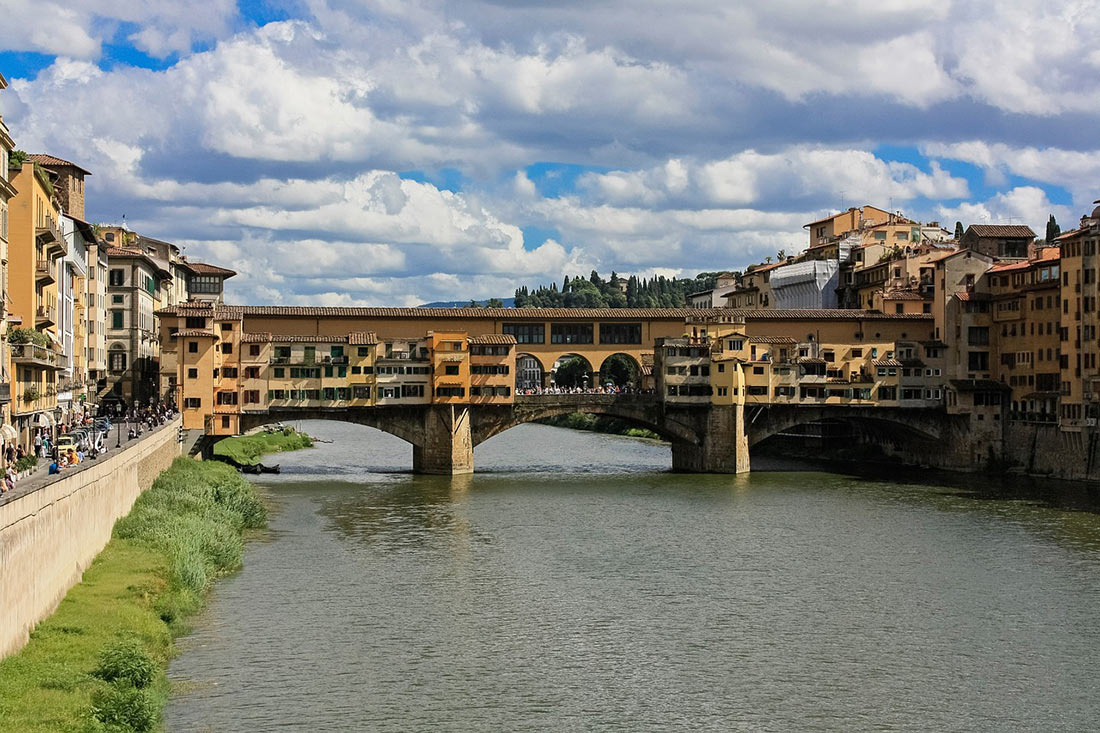 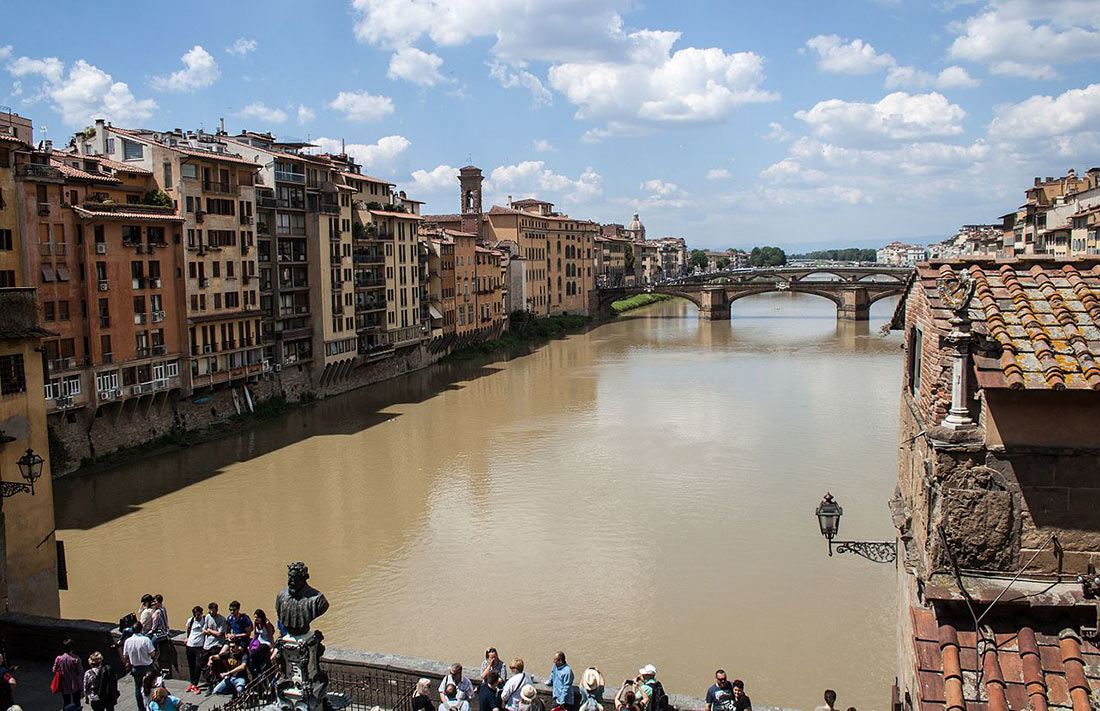 Part of the gallery runs through the Church of Santa Felicita where it has an exit to the balcony. That is how the members of the Medici family could attend services without meeting commoners and without fear of being noticed by ill-wishers. 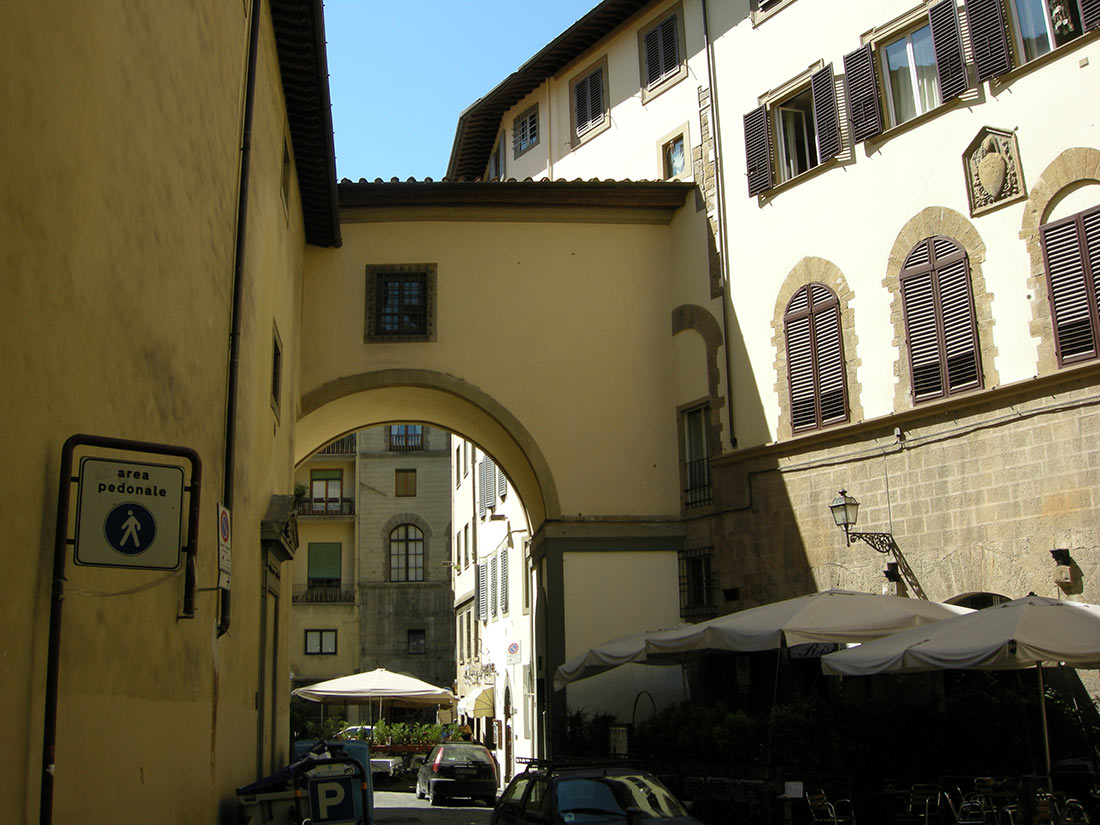 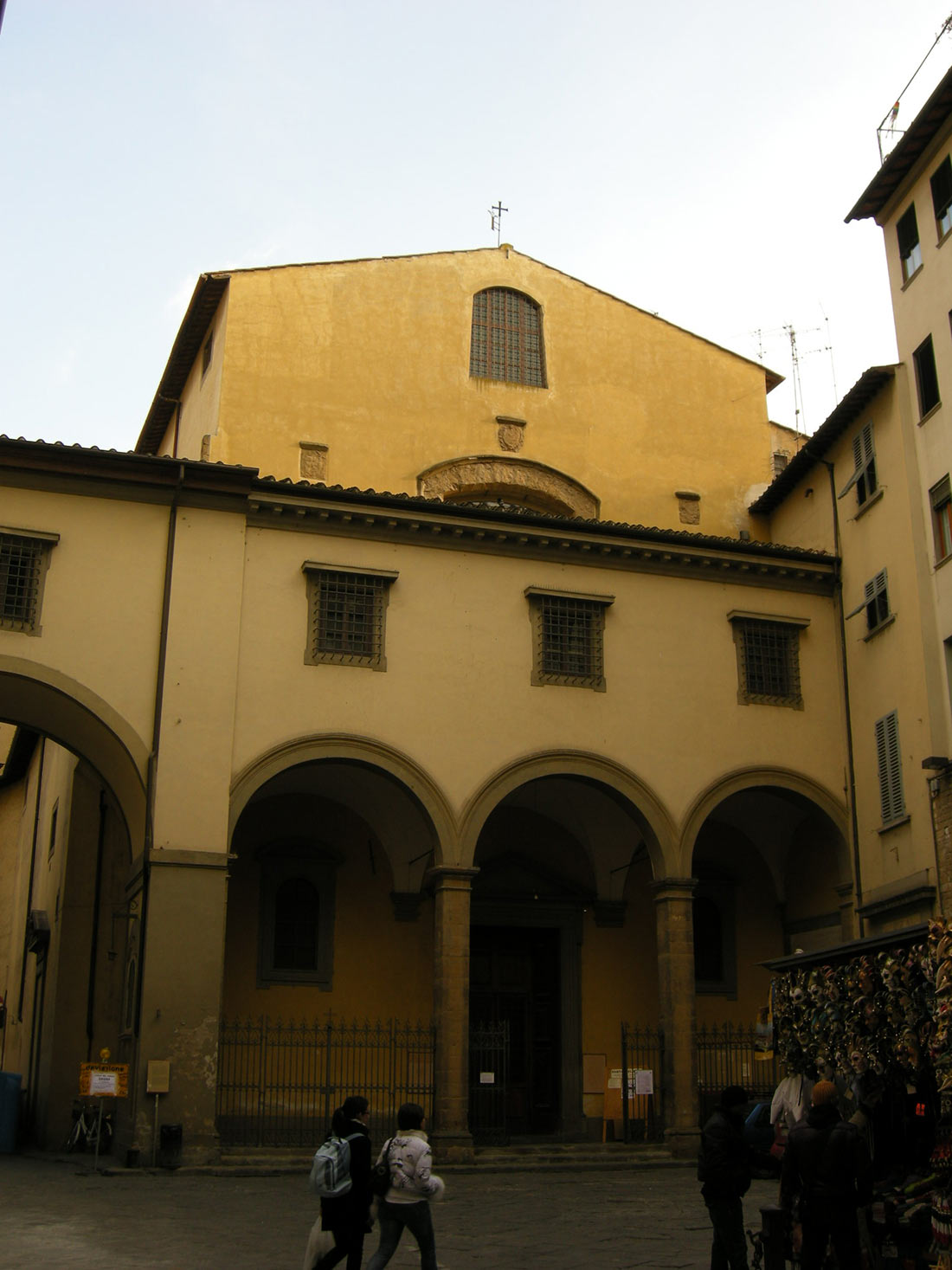 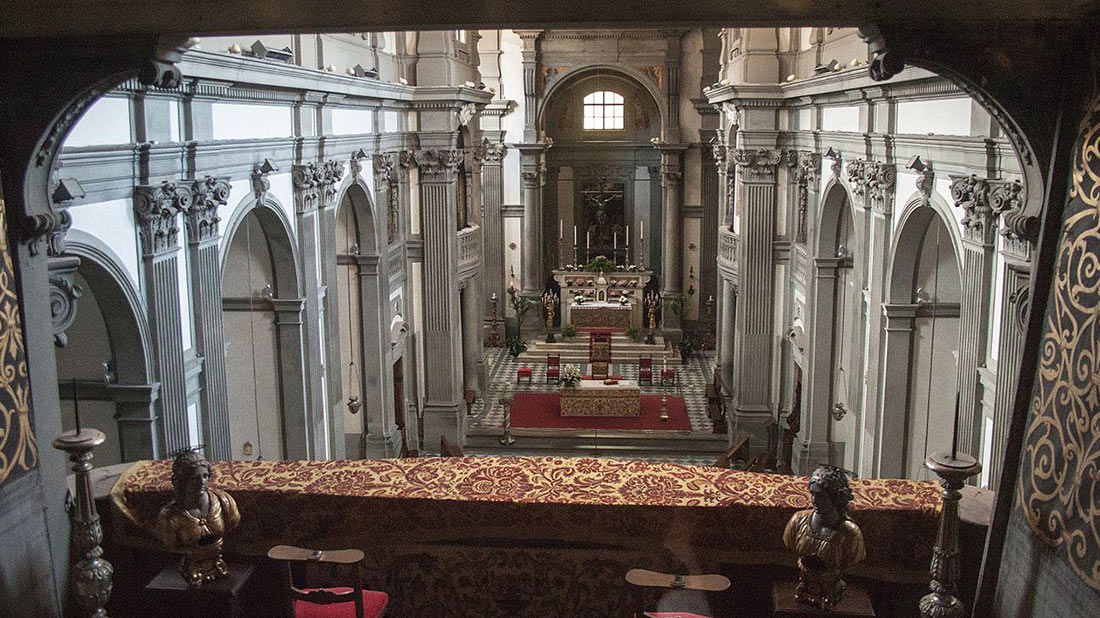 Above different streets of the city, one can see the passages between the houses, inconspicuous at first glance, which are actually part of a secret corridor. Every day, thousands of tourists pass under them, without even suspecting WHAT is over their heads. 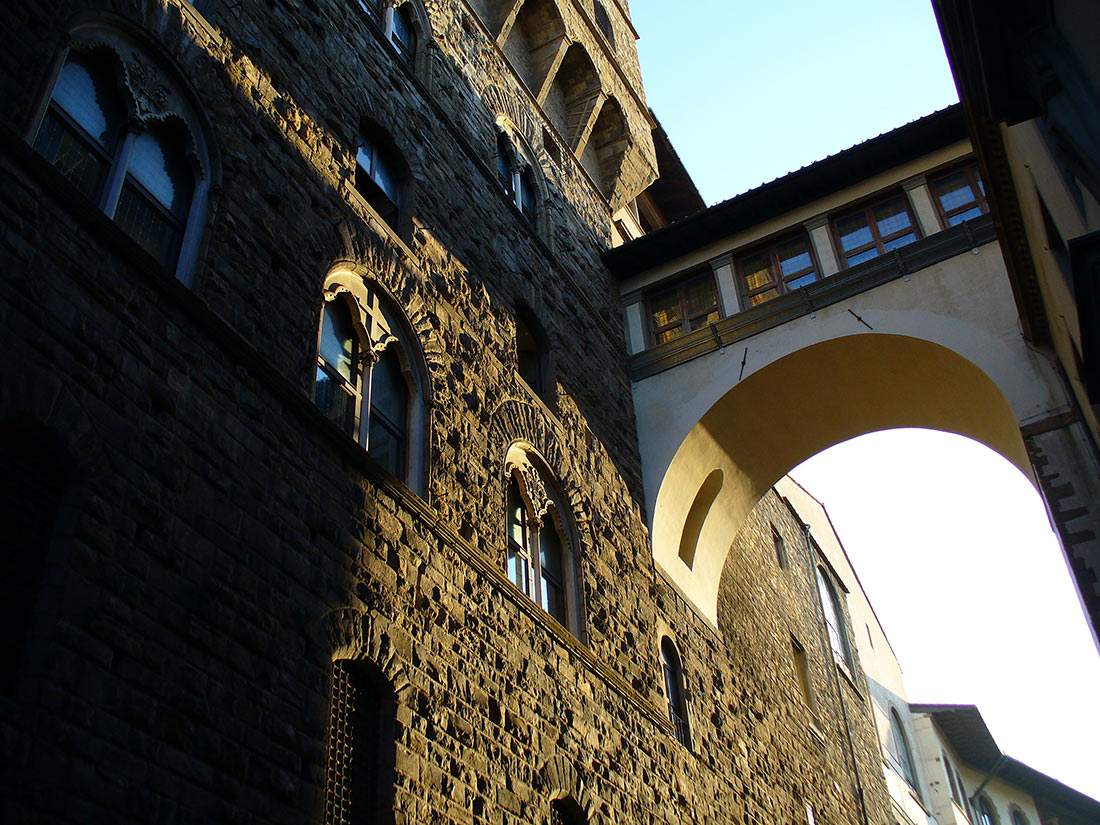 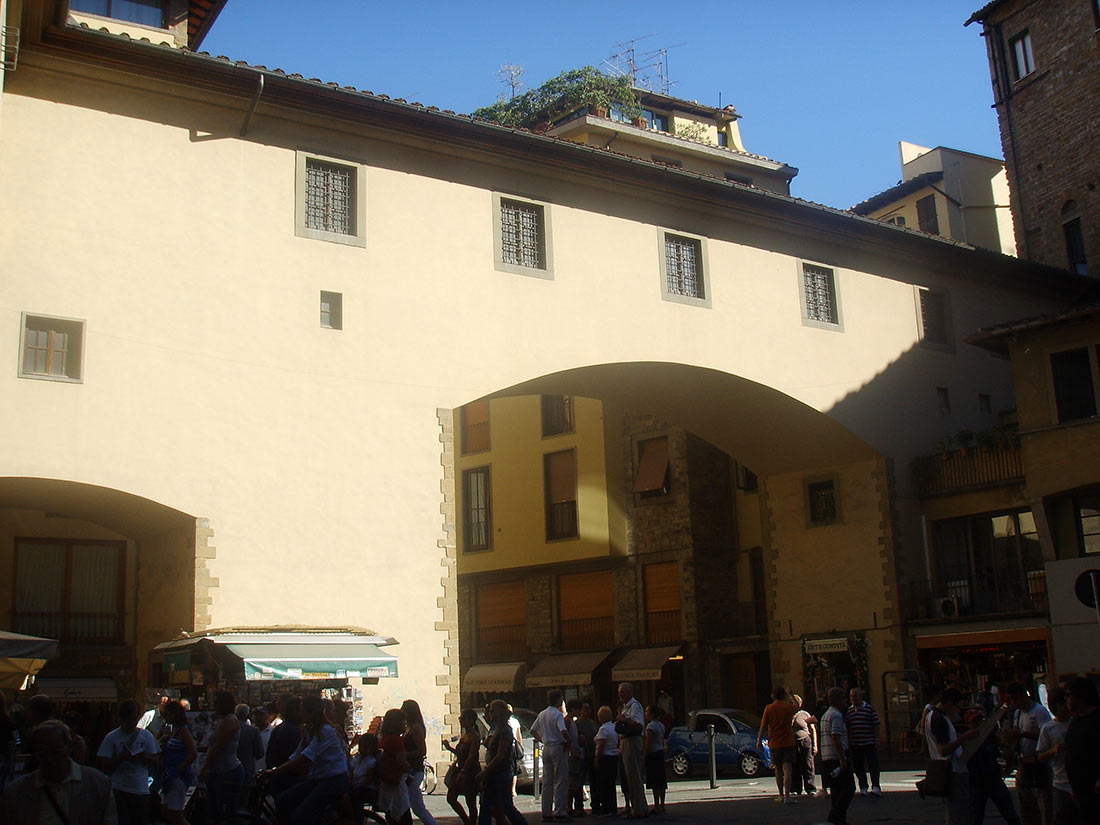 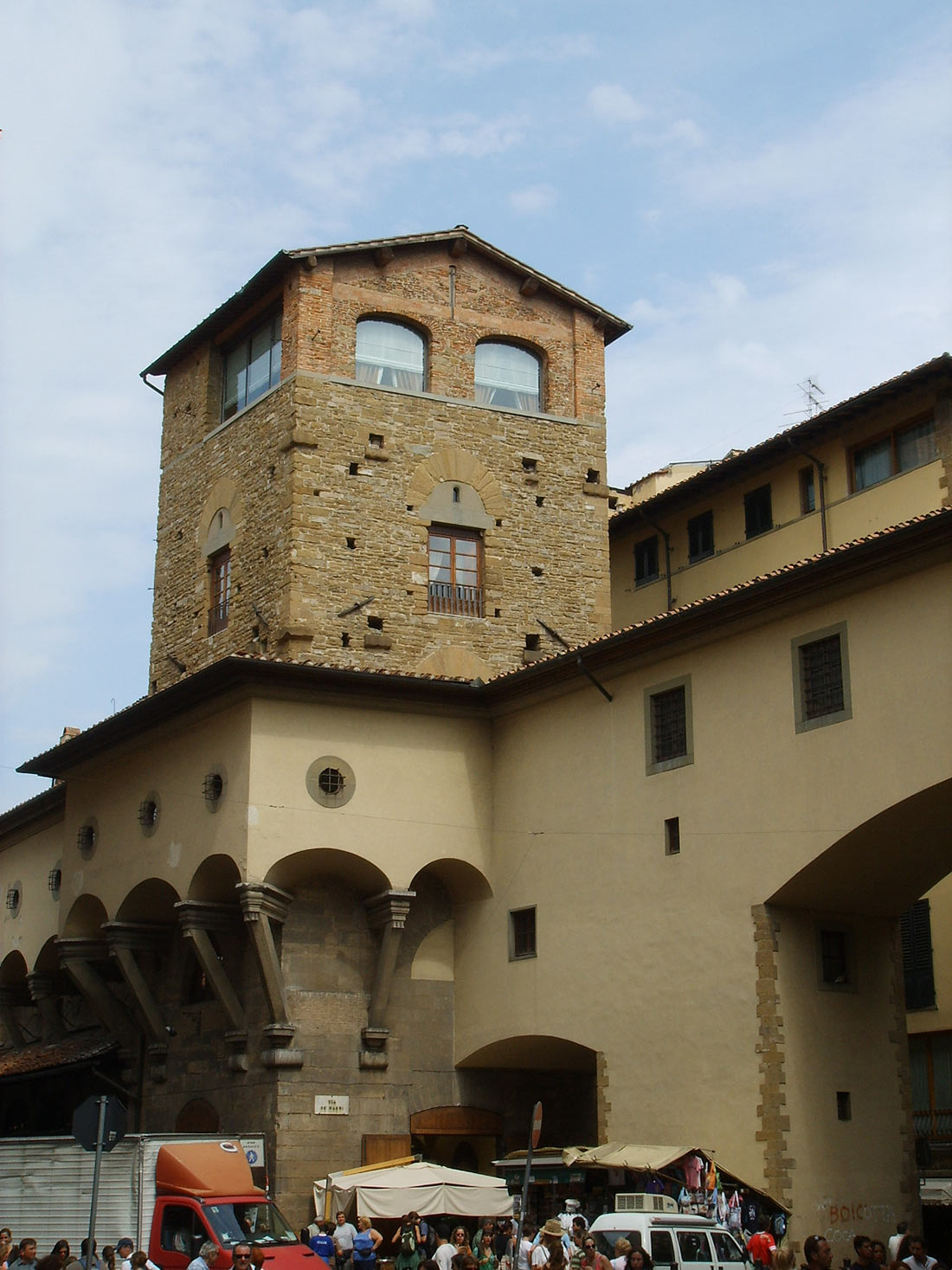 The Vasari corridor ends with a passage to the Boboli Gardens, located immediately behind the Pitti Palace. Here, only an inconspicuous gray door to the left of the entrance to the grotto separates you from the step into history. 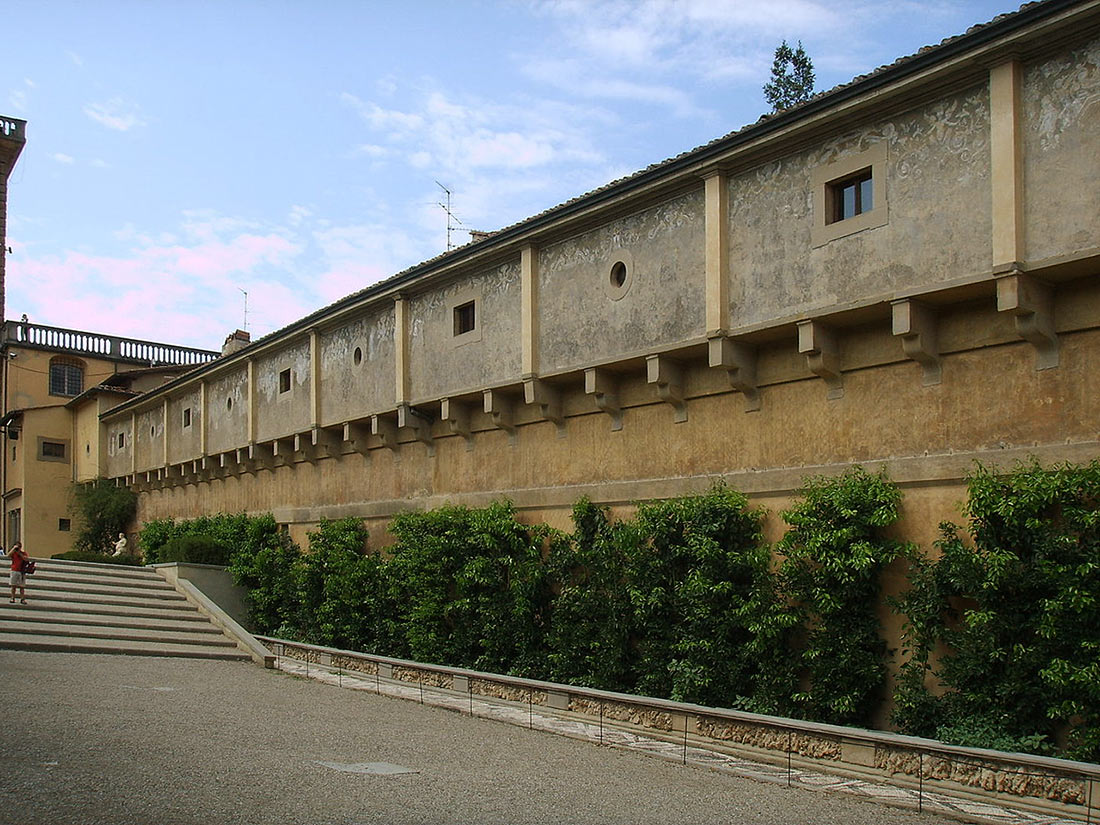 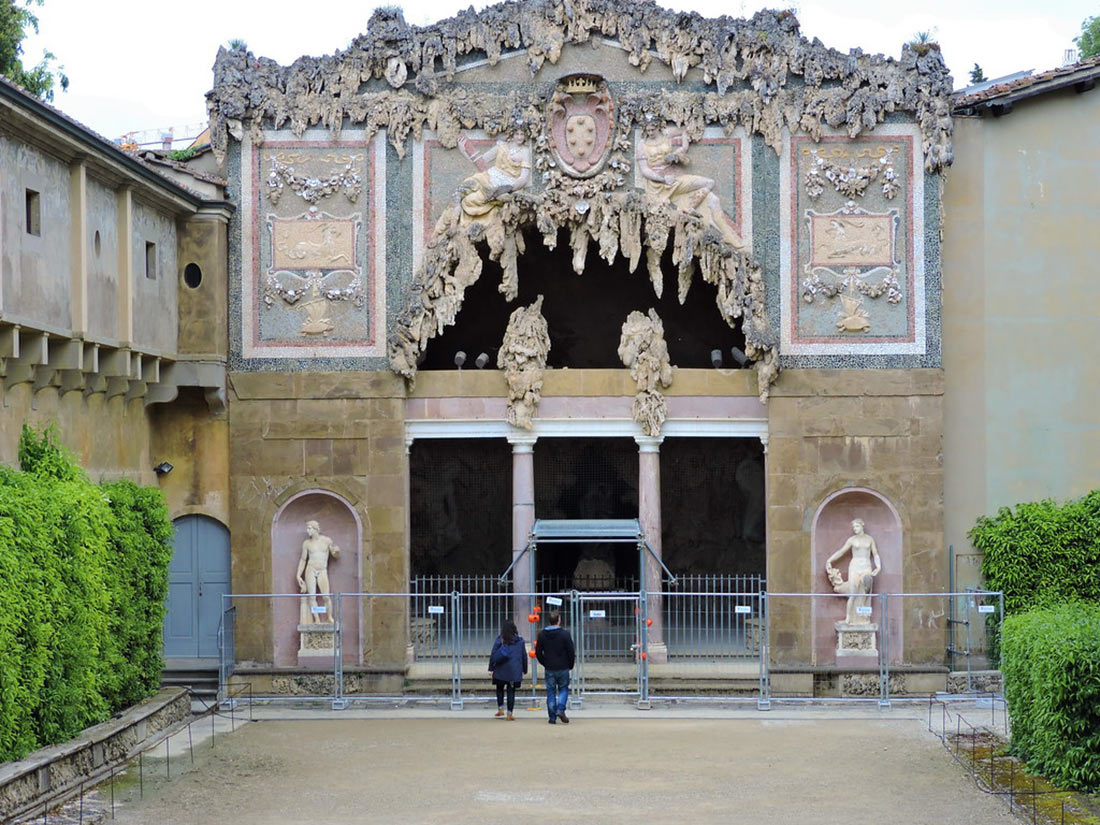 Today, the Vasari Corridor is a part of the Uffizi Gallery. Inside there is a rich collection of portraits: the ancient walls are decorated with more than a thousand paintings by famous artists, including Rembrandt, Velazquez, Raphael, Marc Chagall and many others. Cosimo Medici himself started to collect works of art, and the next generations of the family continued to do it. And it is quite possible that if not for this fact, the secret passage over Florence would have disappeared in the profoundness of the centuries…

The Vasari Corridor on map:

Facebook
Twitter
Pinterest
WhatsApp
ReddIt
Telegram
VK
Viber
Previous articleHerrenchiemsee palace: the most expensive residence of Ludwig II of Bavaria
Next articleDevil’s Bridge: It was built a thousand years ago in just one night!

Maunsell Forts: the most unusual sea fortification system in the world