Home Destinations Tourist attractions in Vienna: 10 must-visit places to in the capital...
DestinationsEurope

Tourist attractions in Vienna: 10 must-visit places to in the capital of Austria

Vienna is an amazing city where a fairy tale seems to come to life. Its ancient streets are filled with the intoxicating aroma of coffee and the magical sounds of the waltz. Despite crowds of tourists, a solemn, sublime and festive atmosphere is always felt here. Here you can walk endlessly, discovering new interesting places, and every time you will see the capital from a different, even more favorable angle. We have selected the most iconic tourist attractions in Vienna that you need to see first.

The Vienna Hofburg is one of the largest palace complexes in the world. The oldest parts of it were built in the 13th century. In the very center of the city, you can admire the luxury and splendor of the daily life of the former imperial family by visiting their private chambers and ceremonial halls. Numerous museums and collections demonstrate the artistic taste of the emperors. 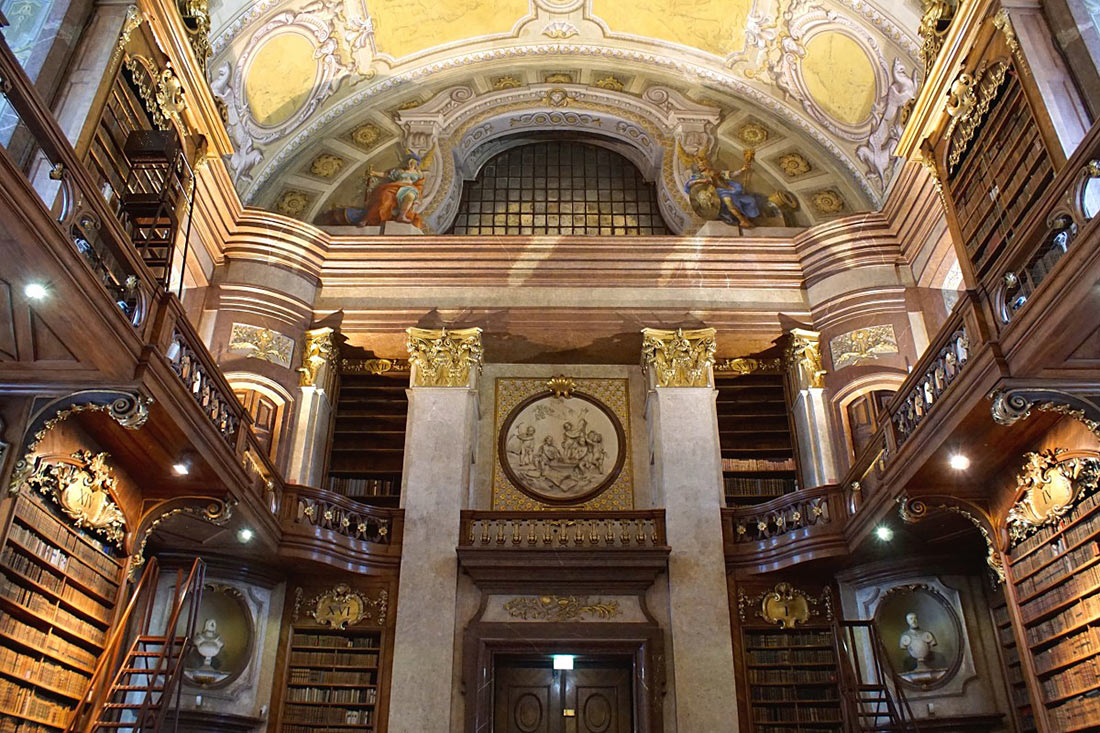 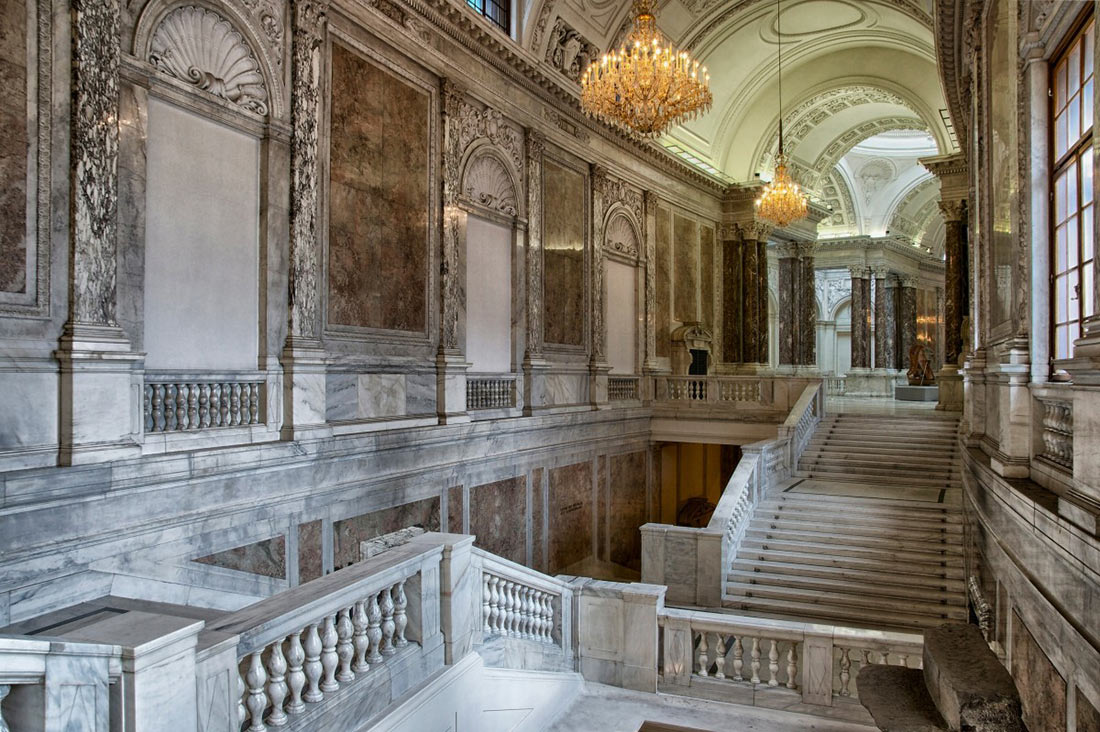 Schönbrunn Palace is one of the most beautiful baroque buildings in Europe. The palace itself and the park complex, the construction of which was started in 1696, were completely rebuilt in 1743 after the Turkish siege, during the reign of Maria Theresa. Today, due to its historical significance, unique park and luxurious decoration, the palace is recognized as a UNESCO World Heritage Site. 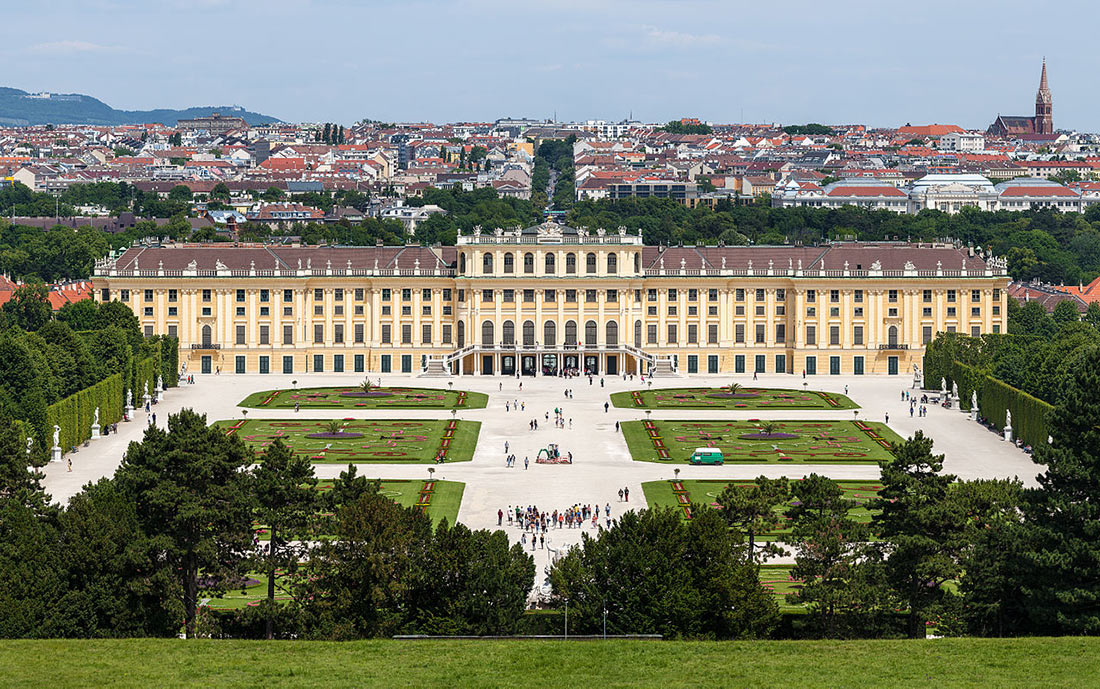 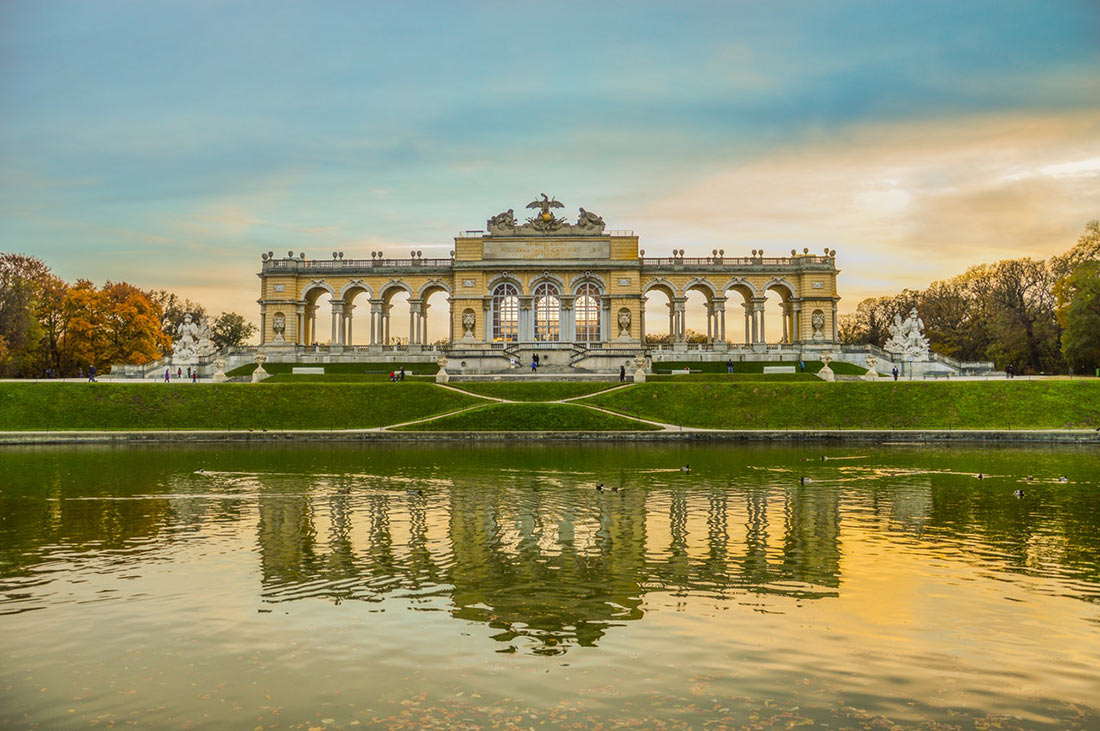 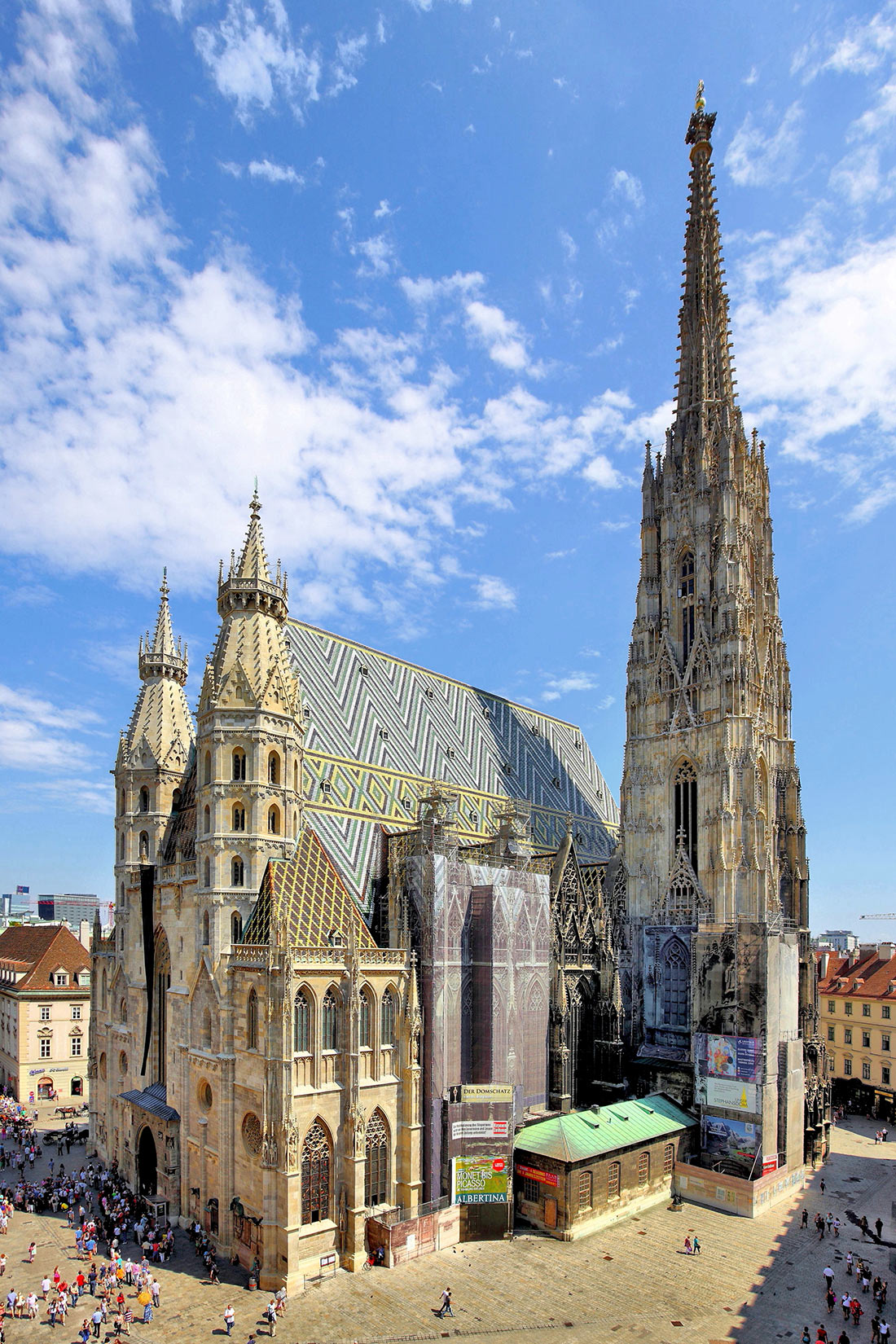 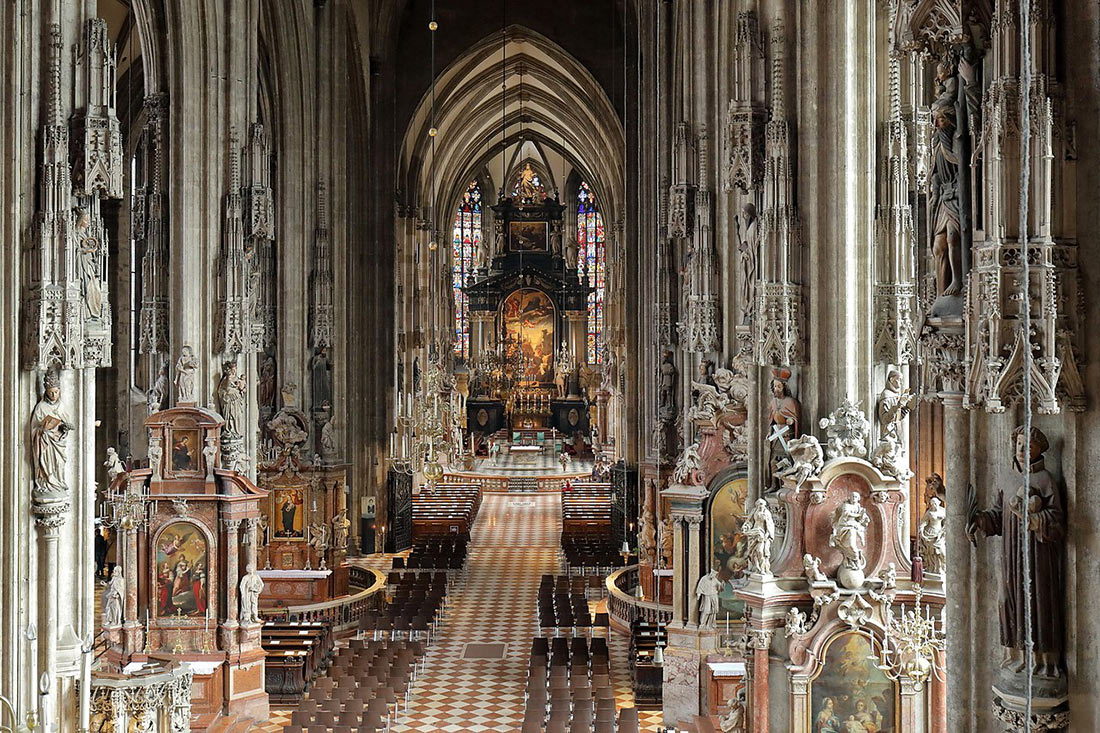 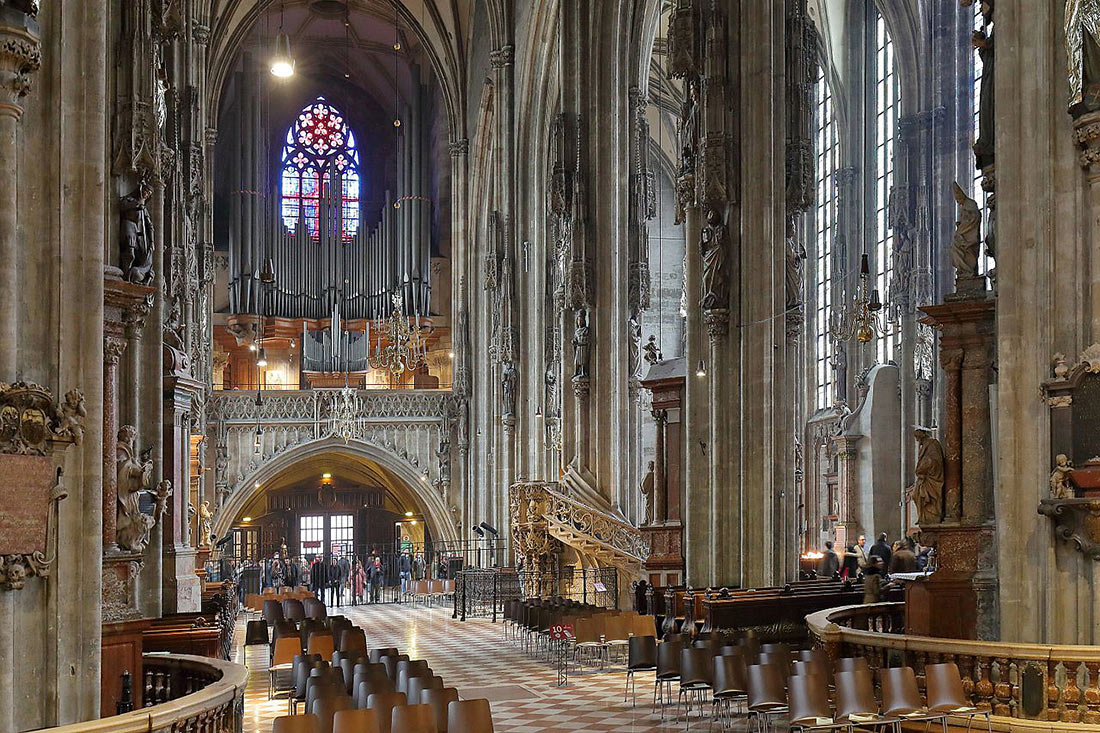 One of the largest and most magnificent theaters in the world. Its building, erected in 1869, is distinguished by its refined style. Many composers, conductors, soloists and dancers of world renown have appeared on the stage of the Vienna State Opera House. Performances are staged here at least 300 times a year! 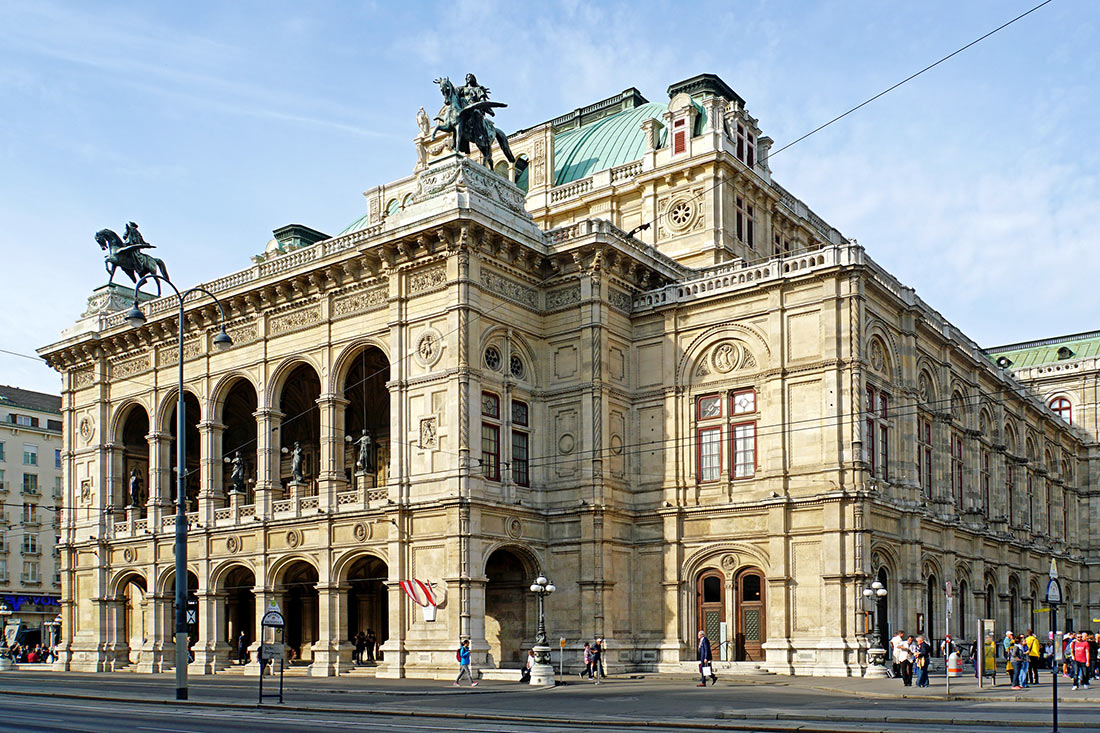 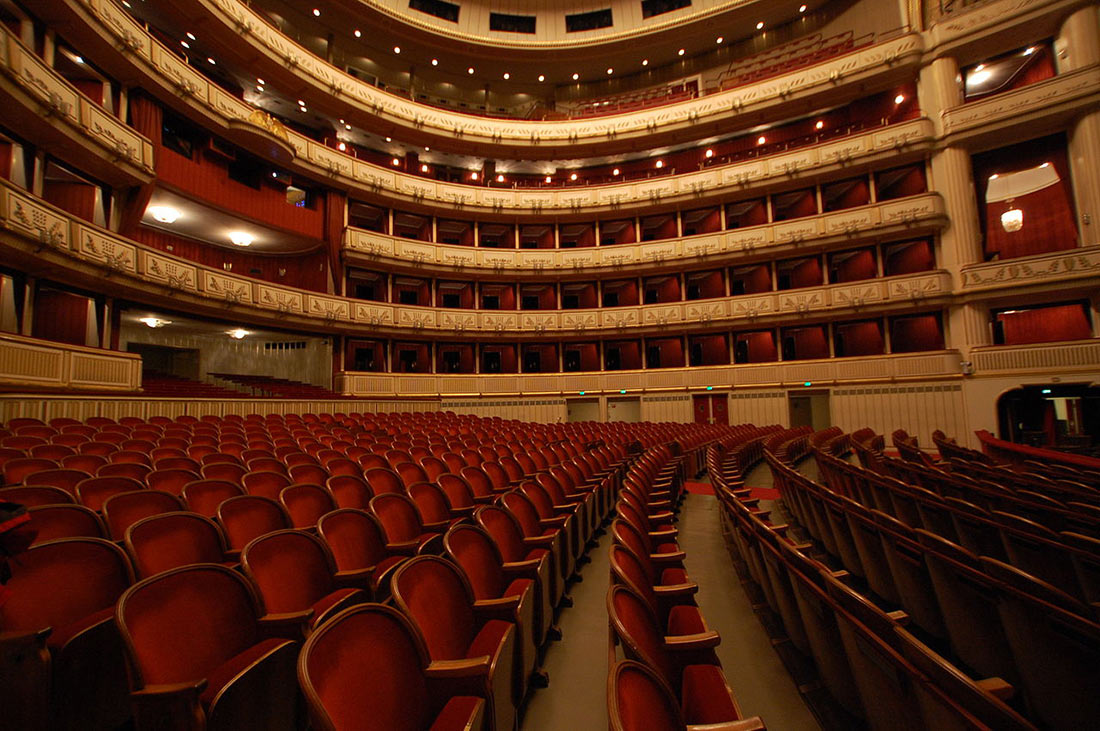 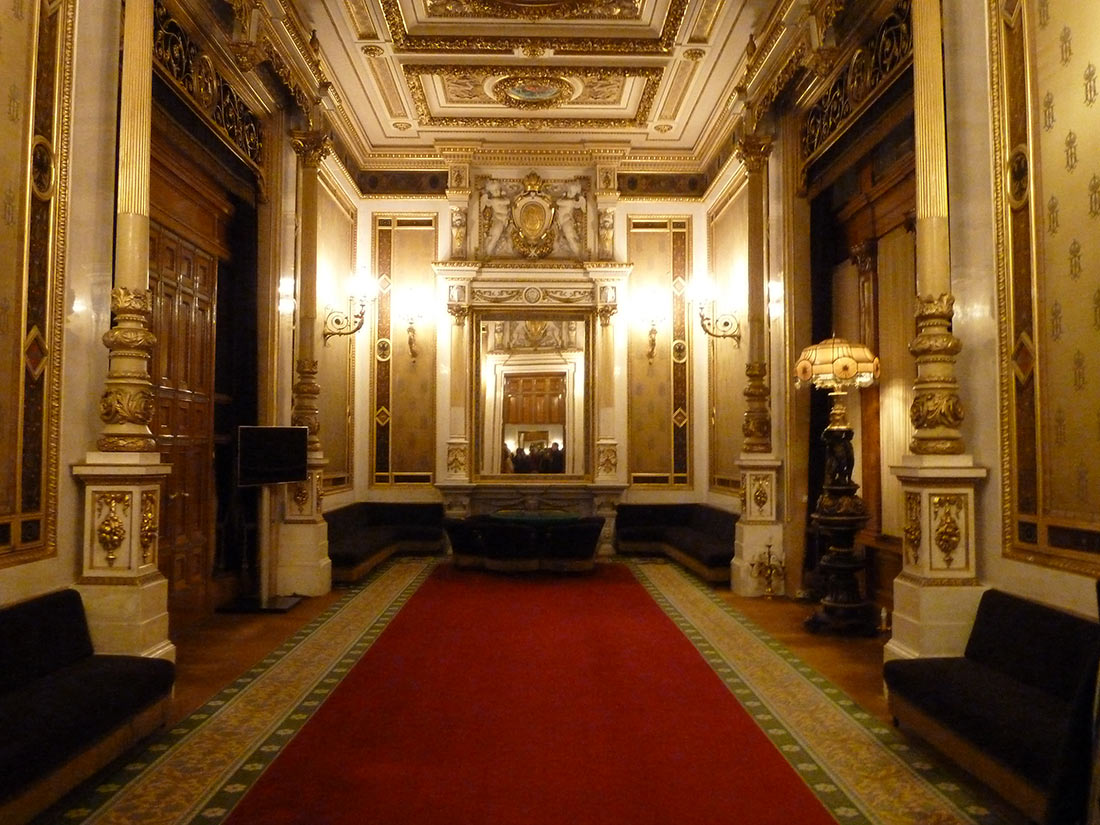 Luxurious Belvedere palace complex is one of Vienna’s most popular attractions. At the beginning of the 18th century, it was built as the summer residence of Prince Eugene of Savoy. A magnificent baroque ensemble is formed by two palaces, the Upper (Oberes) and Lower (Unteres) Belvedere, surrounded with a luxurious garden. 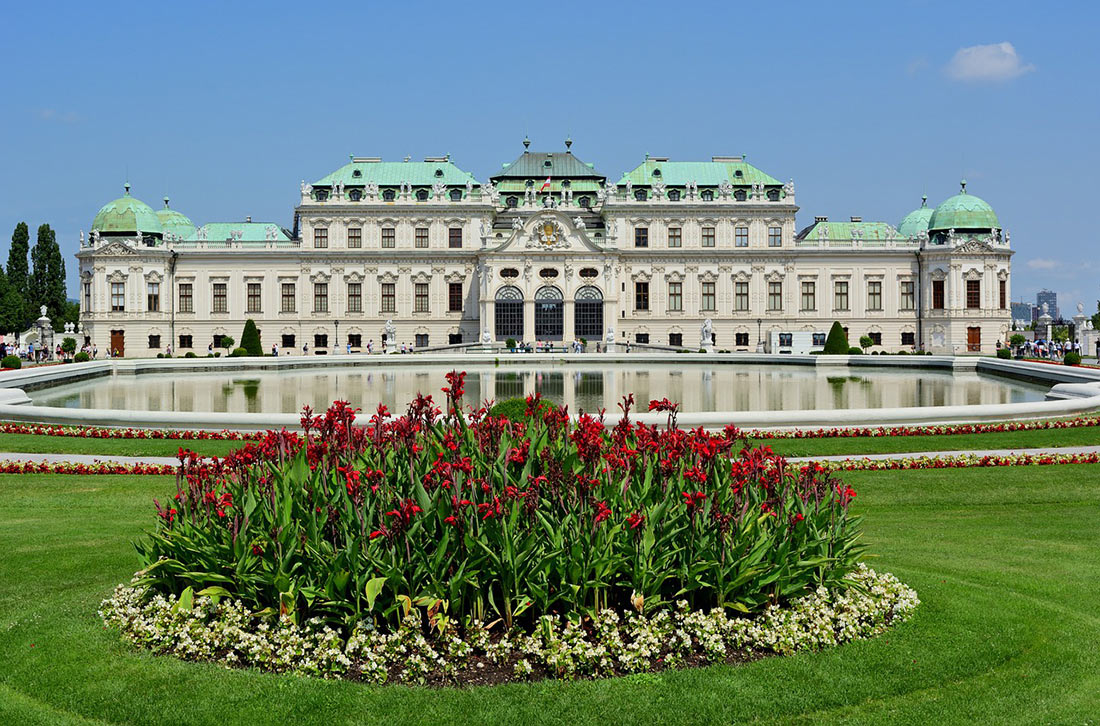 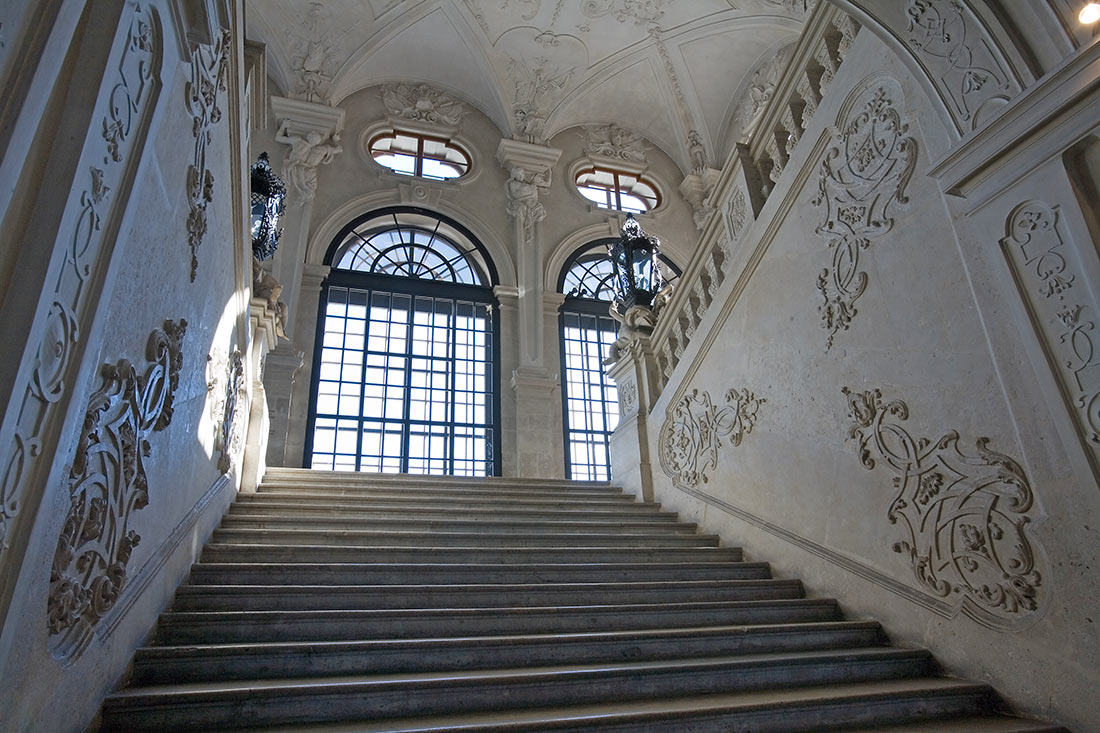 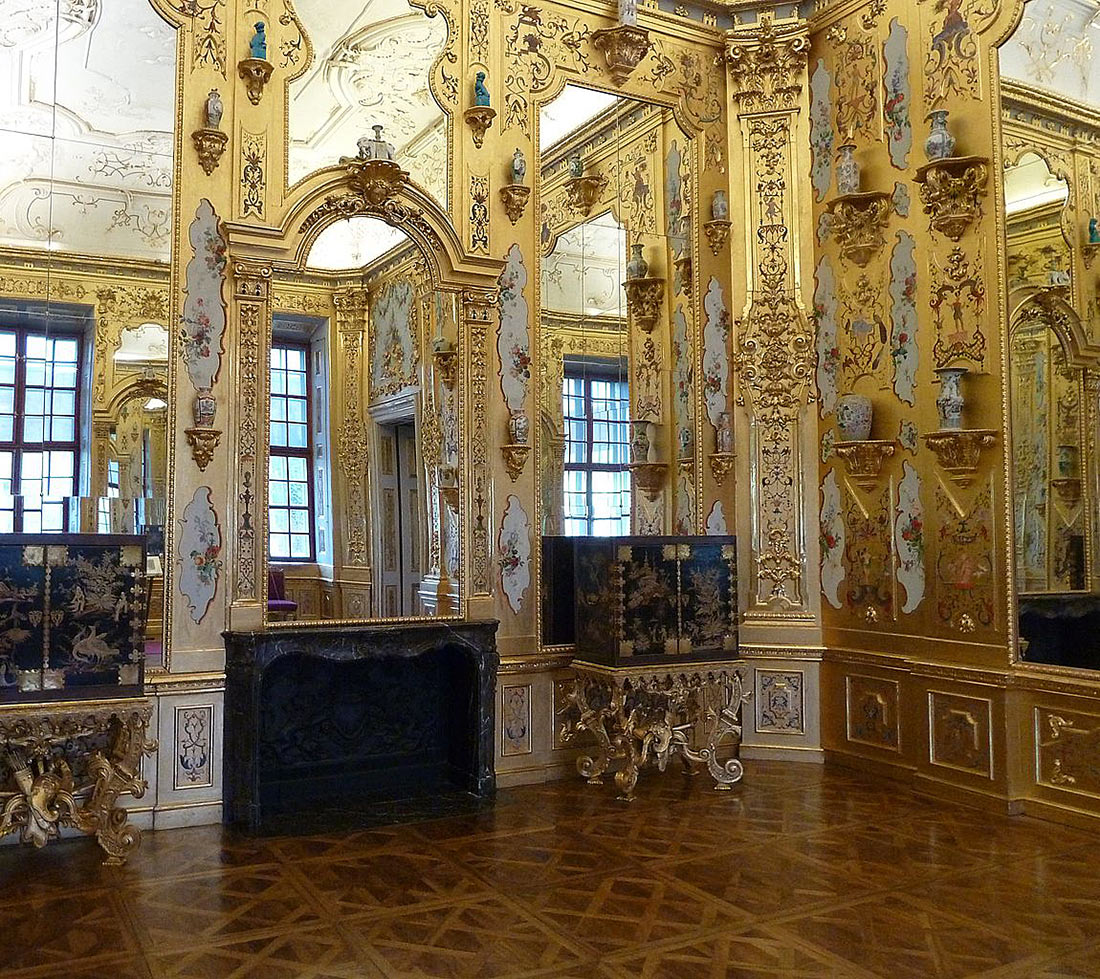 A fascinating neo-Gothic building in the heart of the Austrian capital impresses with its size: the total area of more than one and a half thousand rooms is 113 thousand square meters! This majestic building was erected in 1872-1883, and the construction costs amounted to about 14 million guilders. 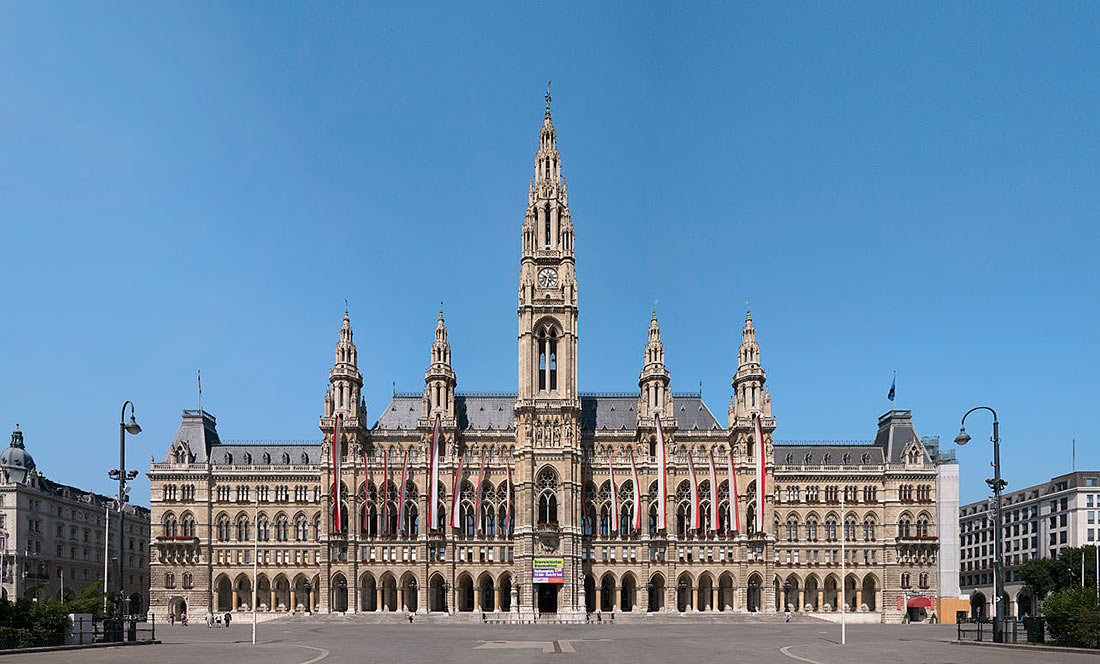 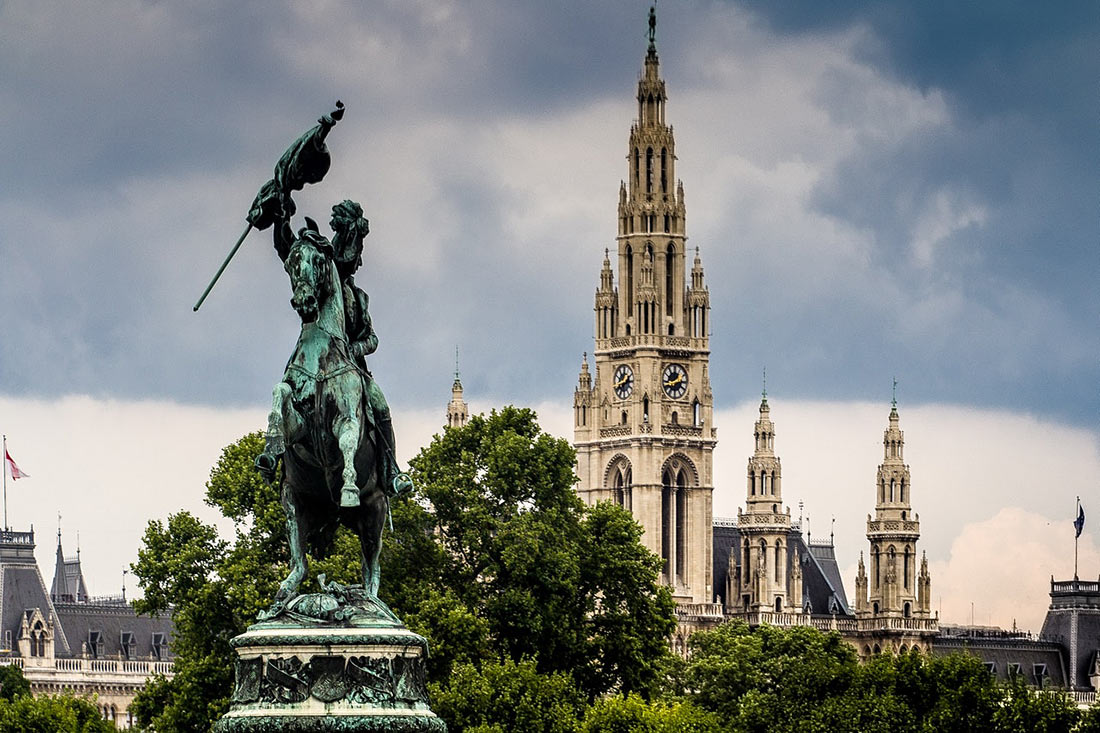 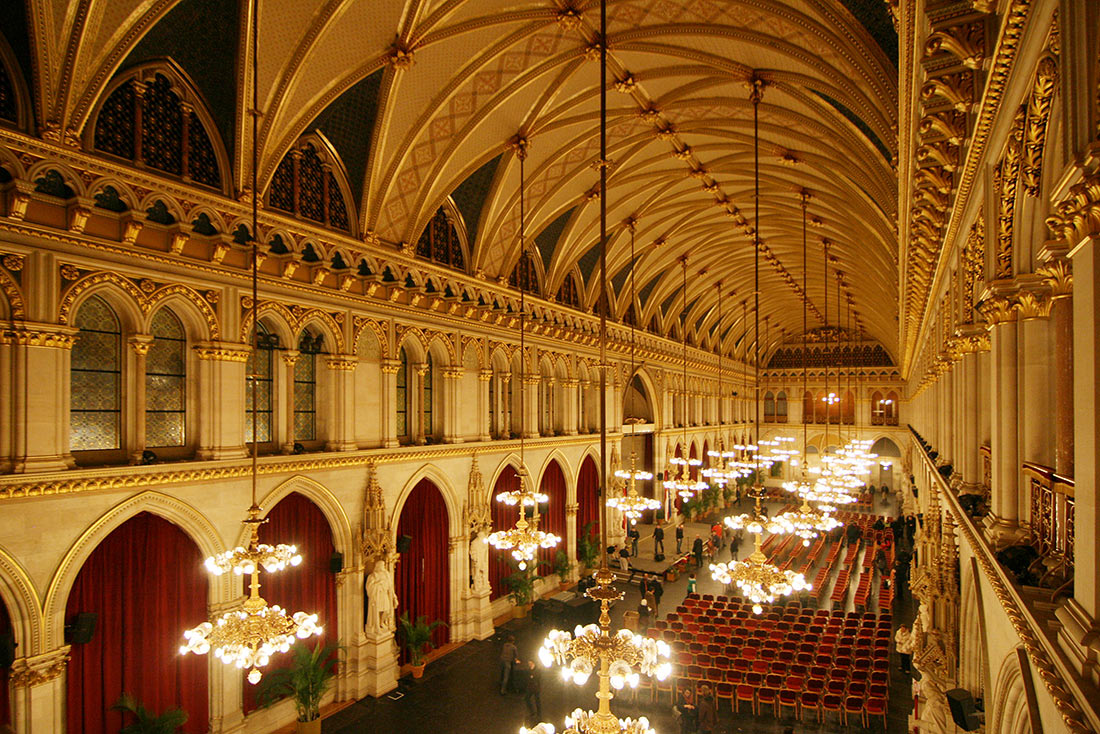 St. Charles Church is one of the finest examples of Viennese baroque in the world. The main feature of the church is a huge dome, painted in turquoise color and framed by two tall columns. The height of this majestic building is 72 meters, its construction was started in 1716 by order of Emperor Charles VI. 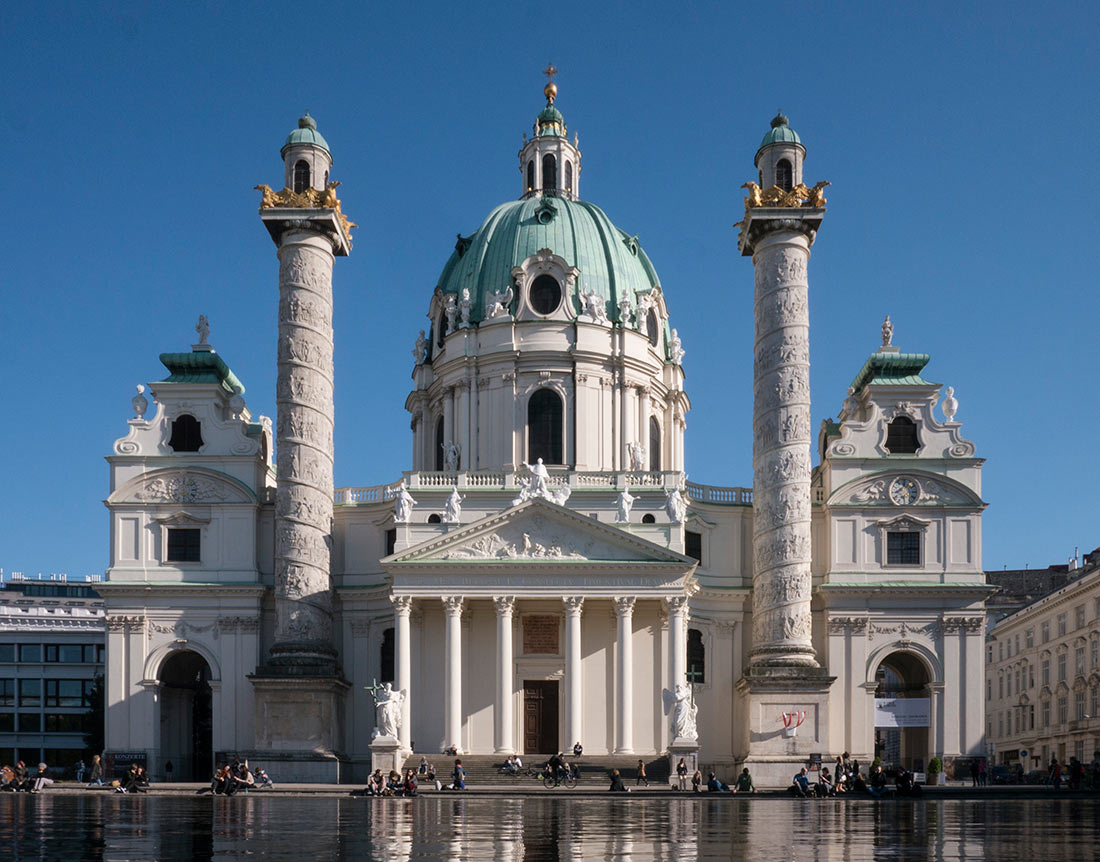 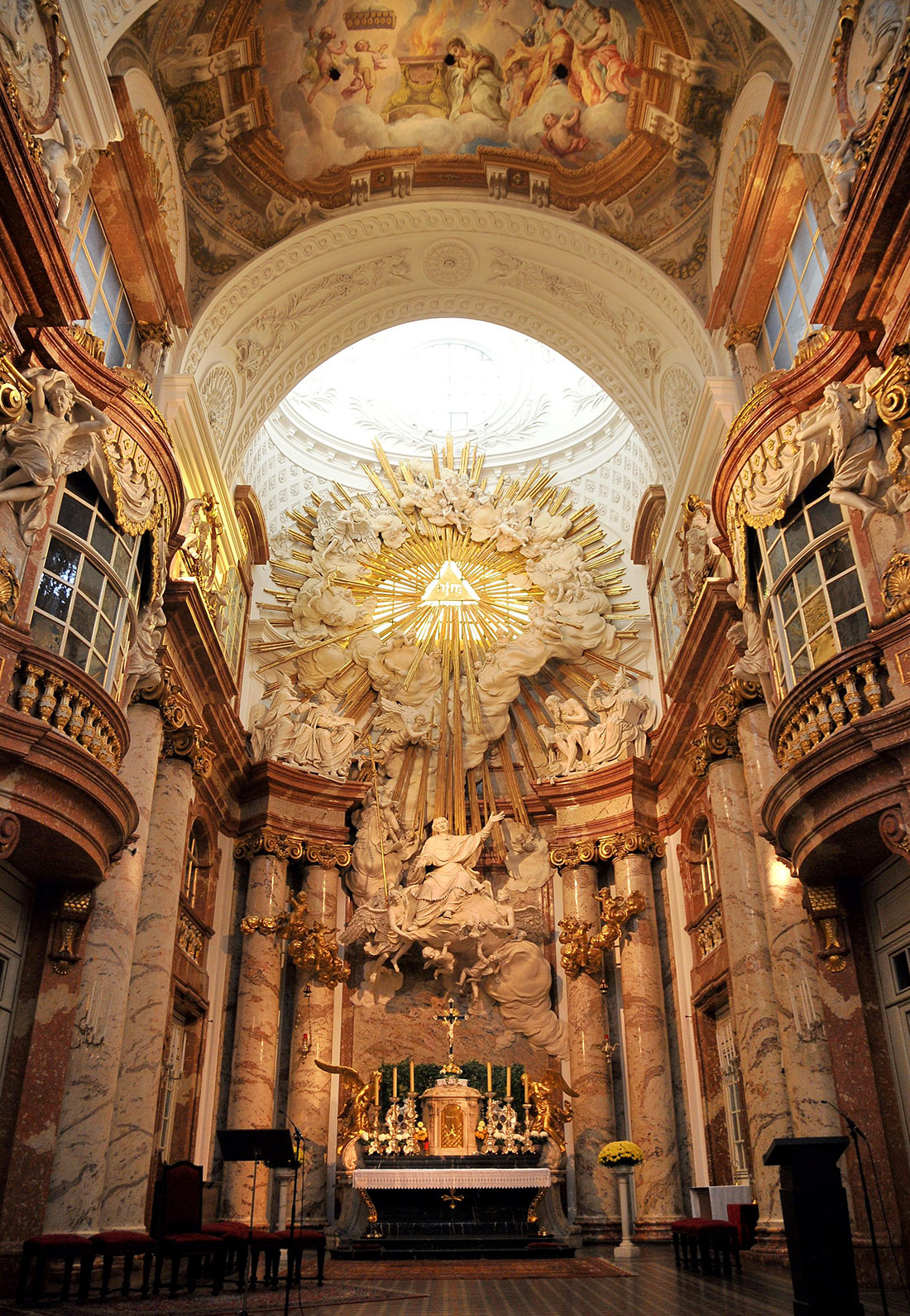 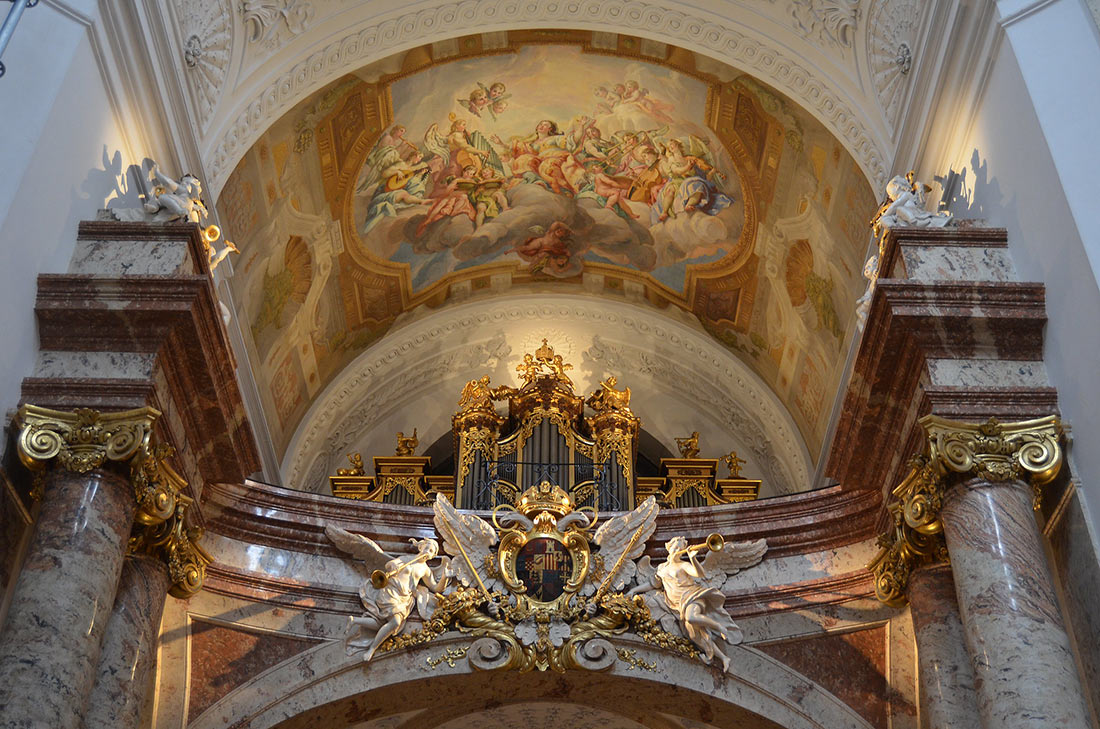 Located in the historic center of Vienna, the ALBERTINA Museum is a unique combination of imperial luxury and great art. The magnificent building, which is a former residential palace of the Habsburg dynasty and an art museum of world importance – attracts tourists and connoisseurs of cultural heritage from all over the world. 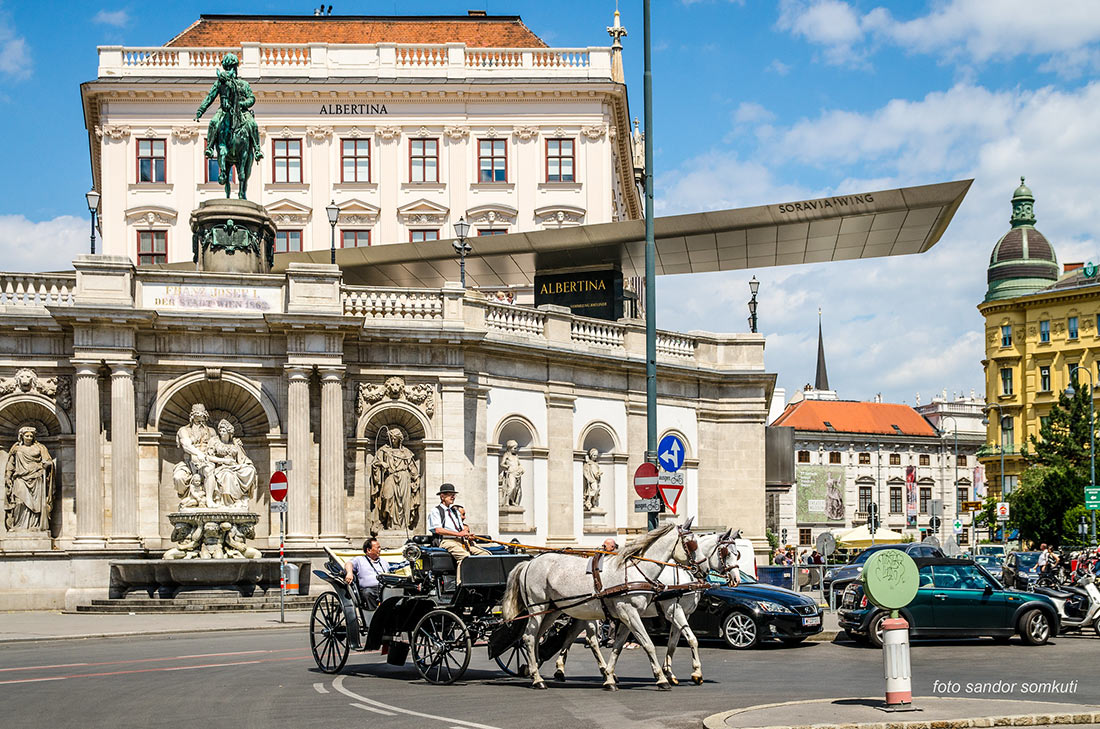 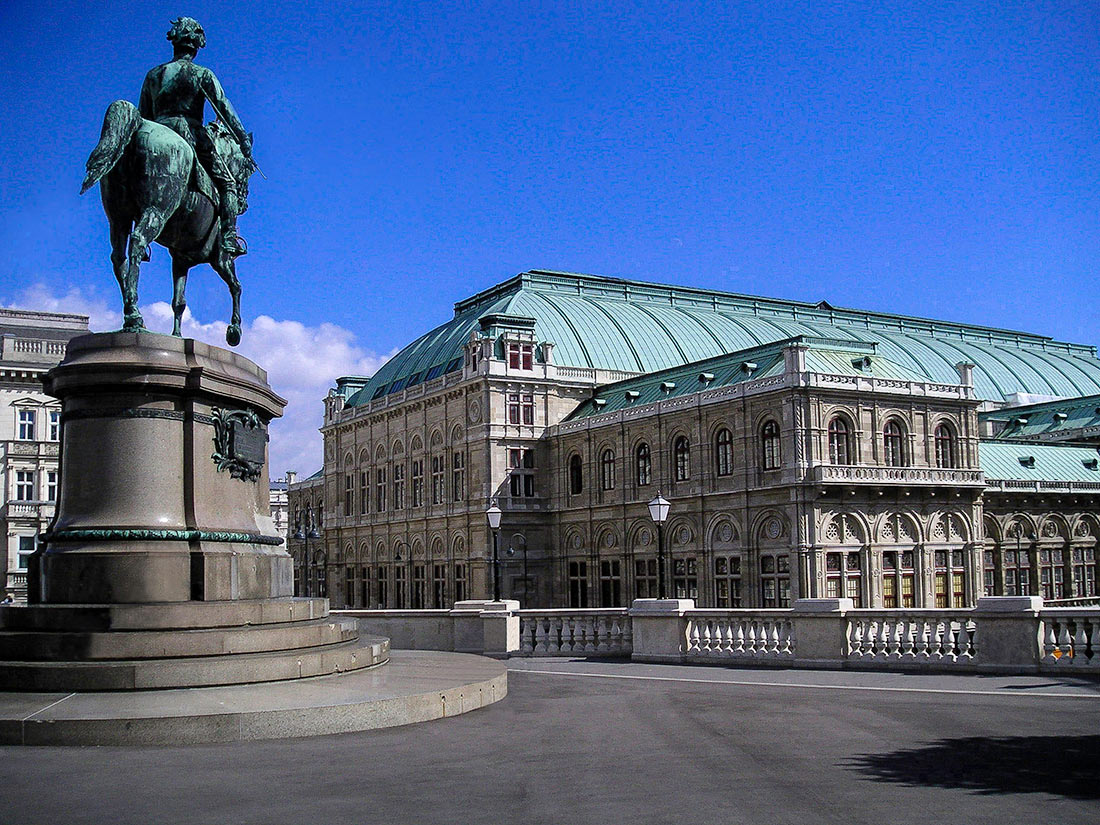 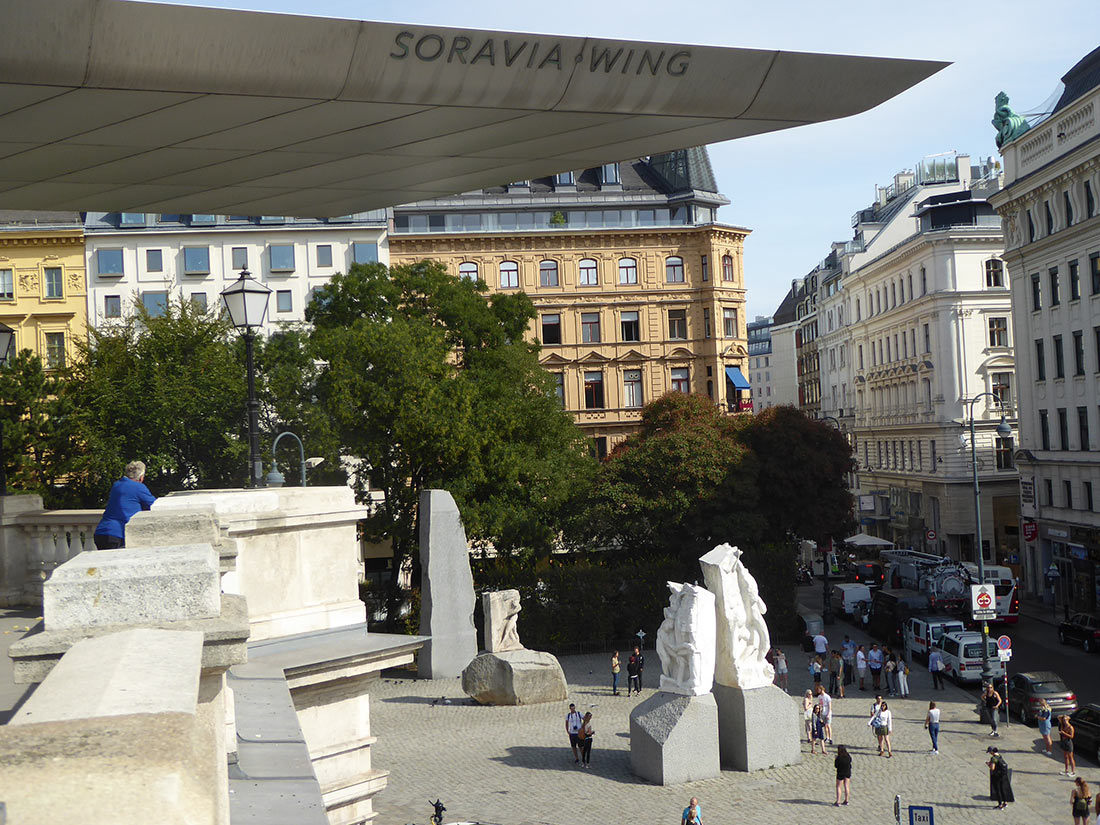 Pedestrian Kärntner Strasse, which starts near St. Stephen’s Cathedral, passes by the Vienna Opera and ends at Karlsplatz. Most of the houses on it date back to the 18th century, but there are more venerable buildings, including the Esterházy Palace (built in the middle of the 17th century), which now houses an upscale restaurant. Separately, it is worth noting the Donner Fountain, which has been decorating a small square in the city center for almost 300 years. Kärntner Strasse is also known for its shops. 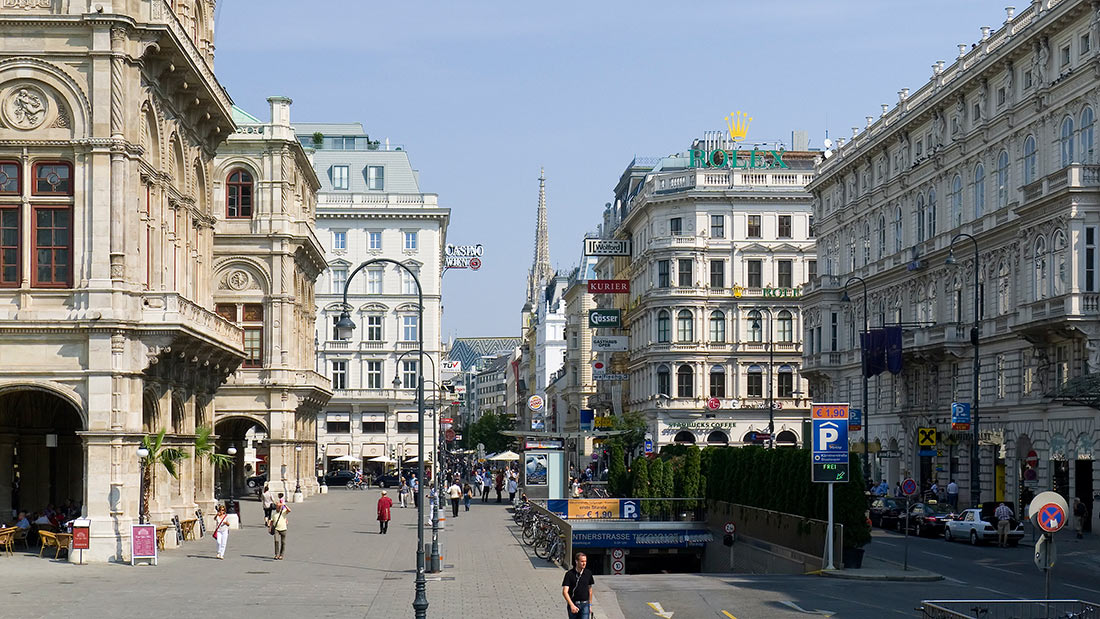 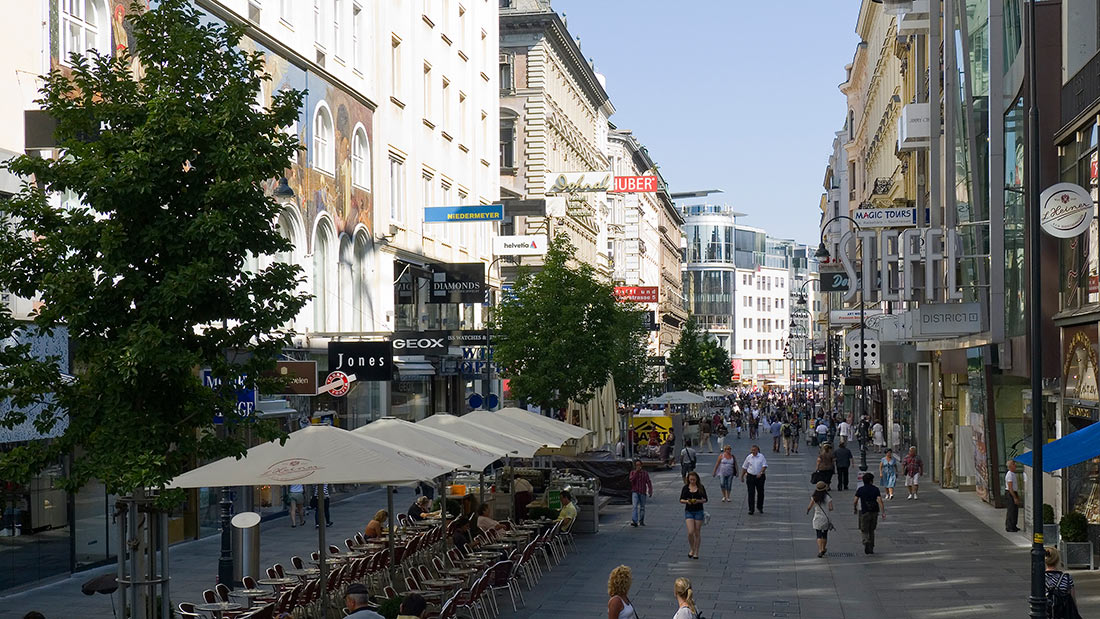 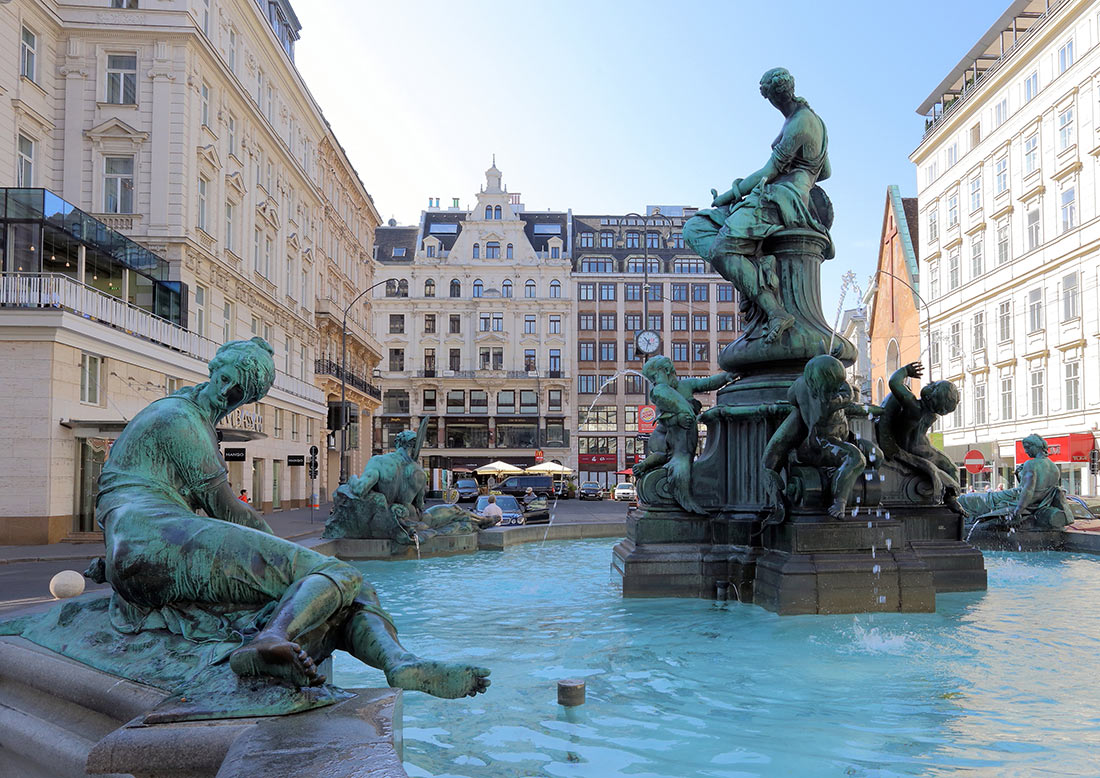 Austrian parliament building, completed in 1883, is notable for its rich decoration: numerous marble statues, bas-reliefs, a luxurious fountain – here you can trace the influence of various architectural styles. From 1918 to the present day, the National and Federal Councils of the Austrian Parliament have been sitting in the building. Important state ceremonies are also held here. 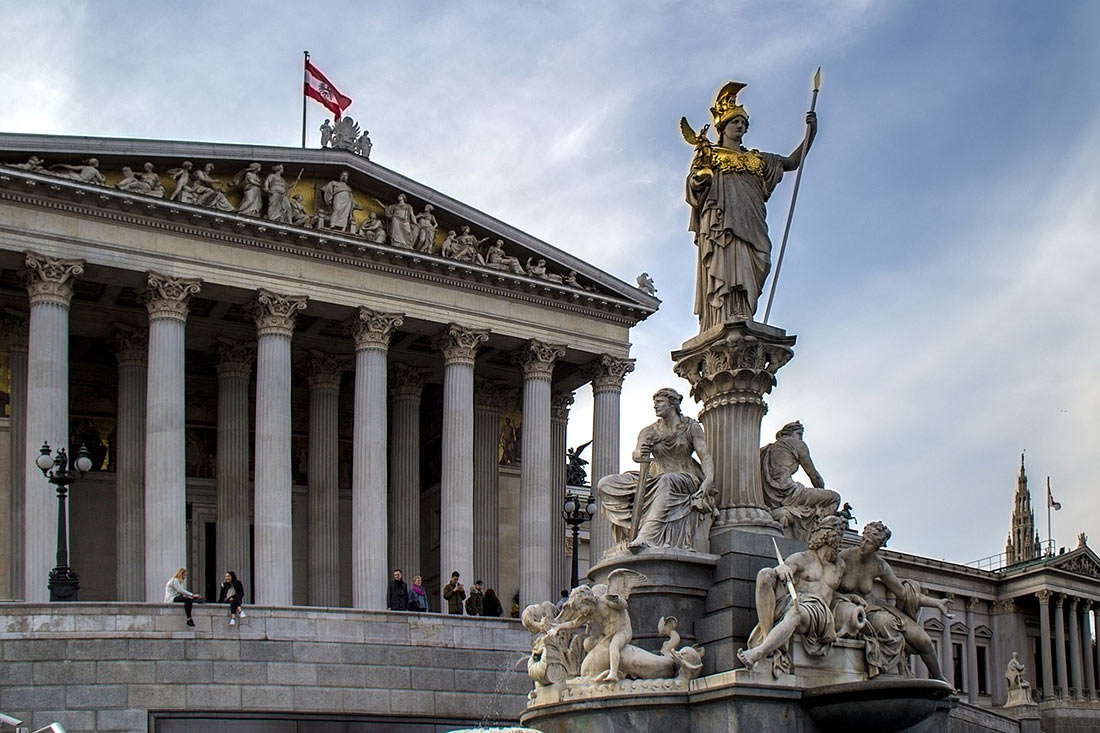 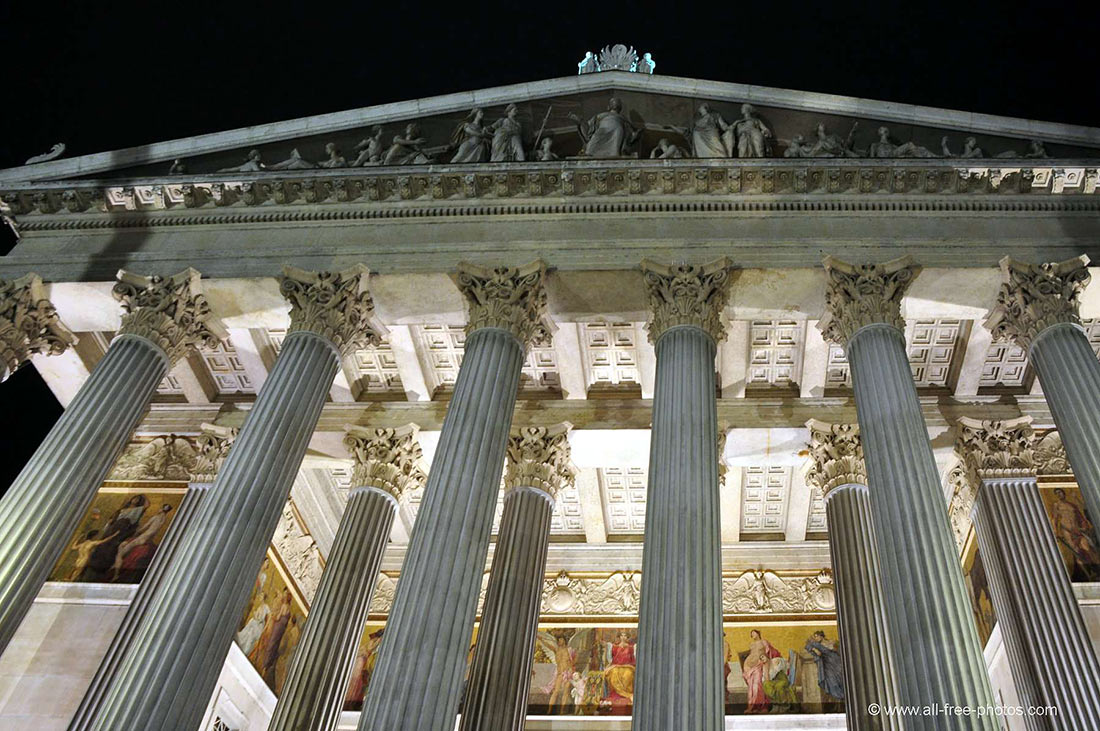 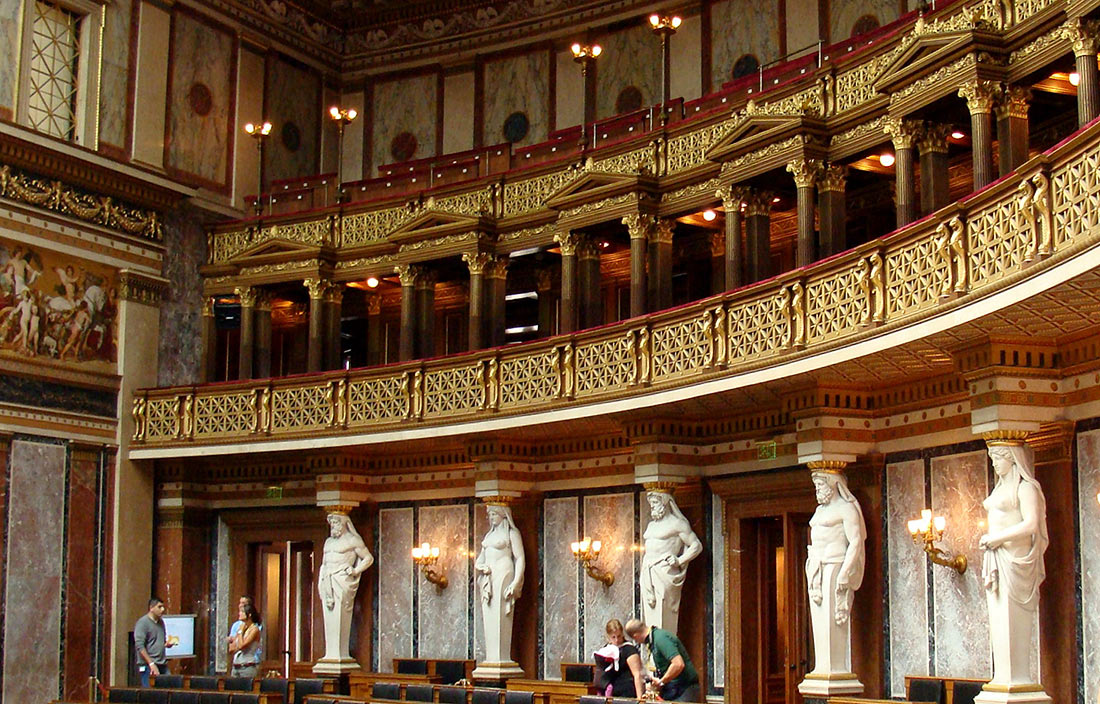